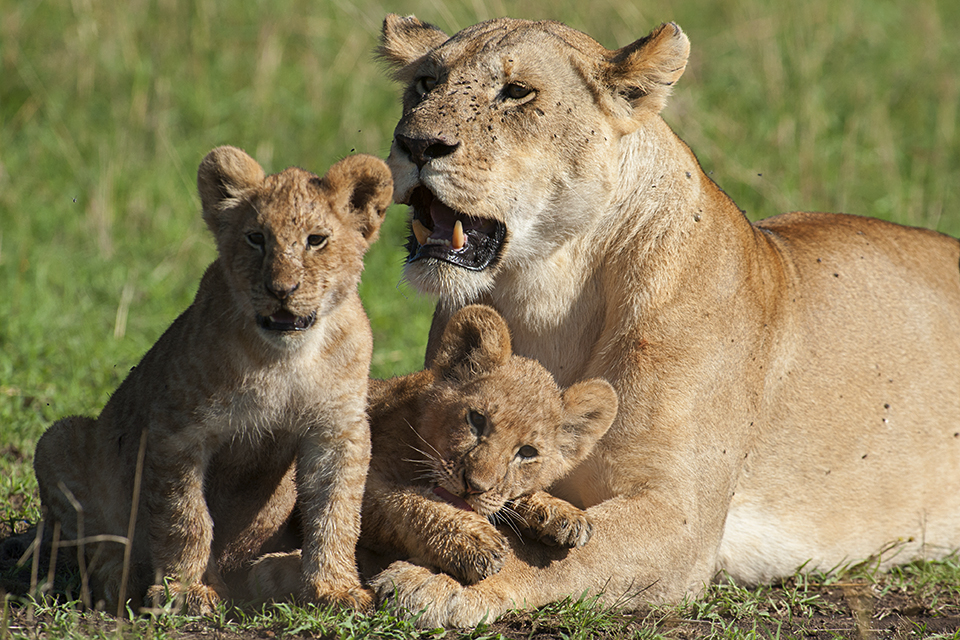 It was our third day in Maasai Mara and we hadn’t seen Lion cubs yet. After the thrilling sighting of the Lions with the Wildebeest kill this morning, Emanuel (our driver and guide) suggested that we go and look for Lion cubs. We reached the area where they were spotted a few days back and looked for them. We searched for over an hour, but they were nowhere to be seen. However, Emanuel kept looking and finally we found them. When we reached the spot, the Lion pride comprising of three Lioness and about a dozen cubs were feasting on a Zebra kill. It was an amazing sight to watch these cubs along with the Lioness in the vast plains of Masai Mara. 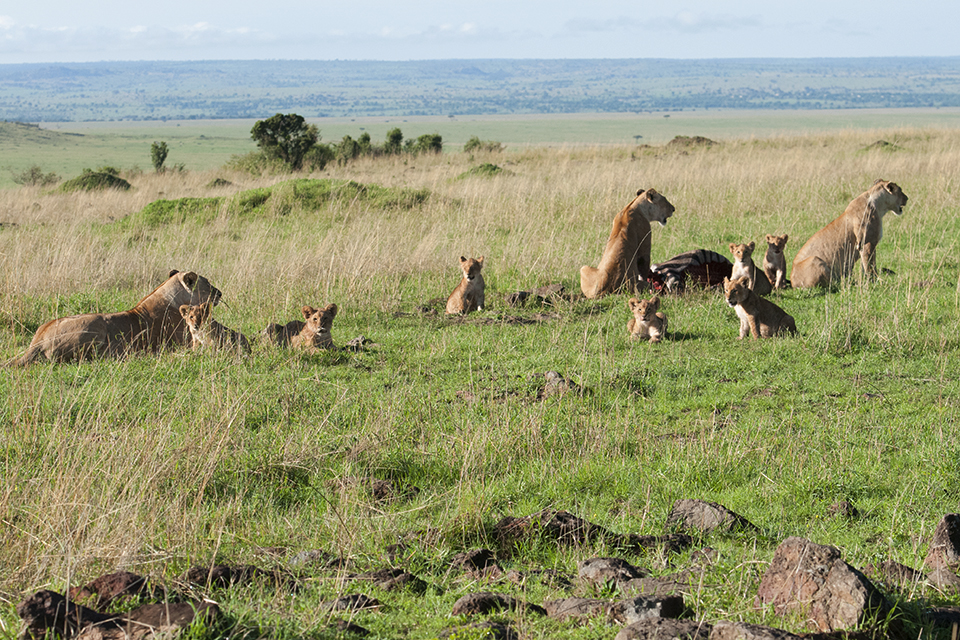 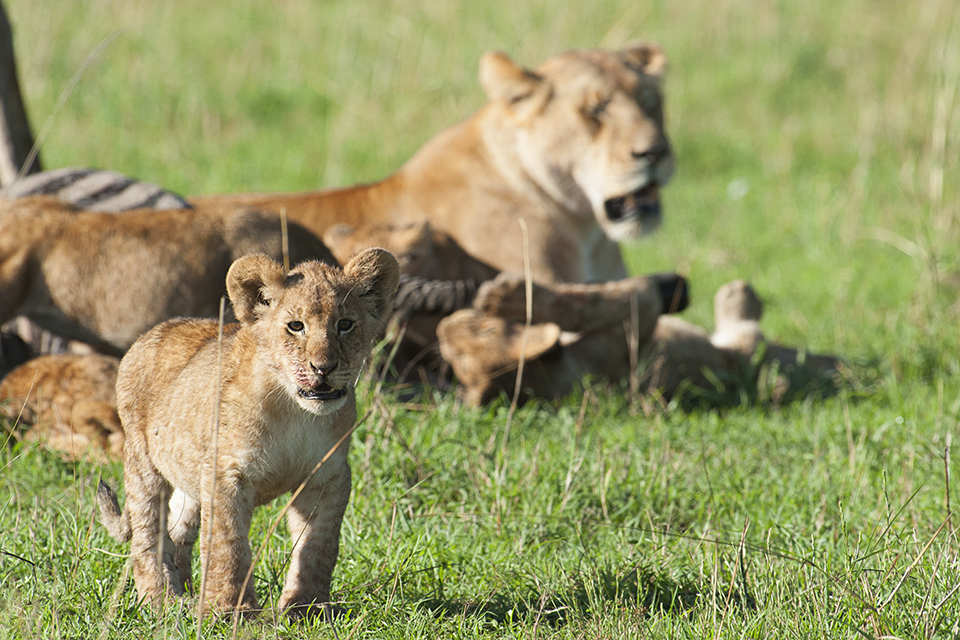 The Lionesses were in no hurry to eat, or rather all of them, including the cubs, seemed to have had a Lion’s share of the Zebra kill. Since hunger was no longer on their minds, the cubs were up for some play. No sooner did we switch off our engine, one of the cubs got curious and headed straight for our vehicle making for some lovely compositions. 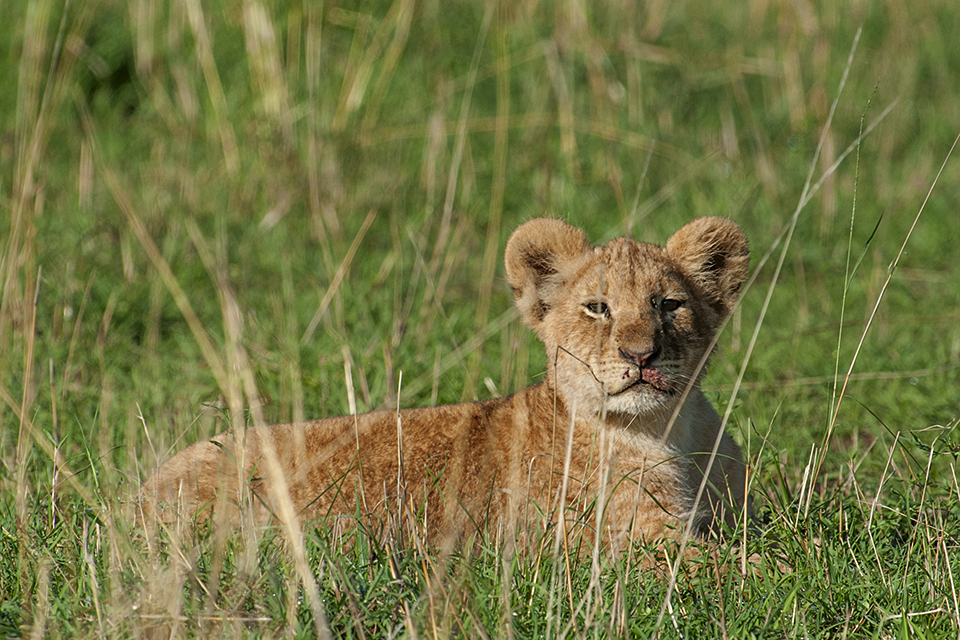 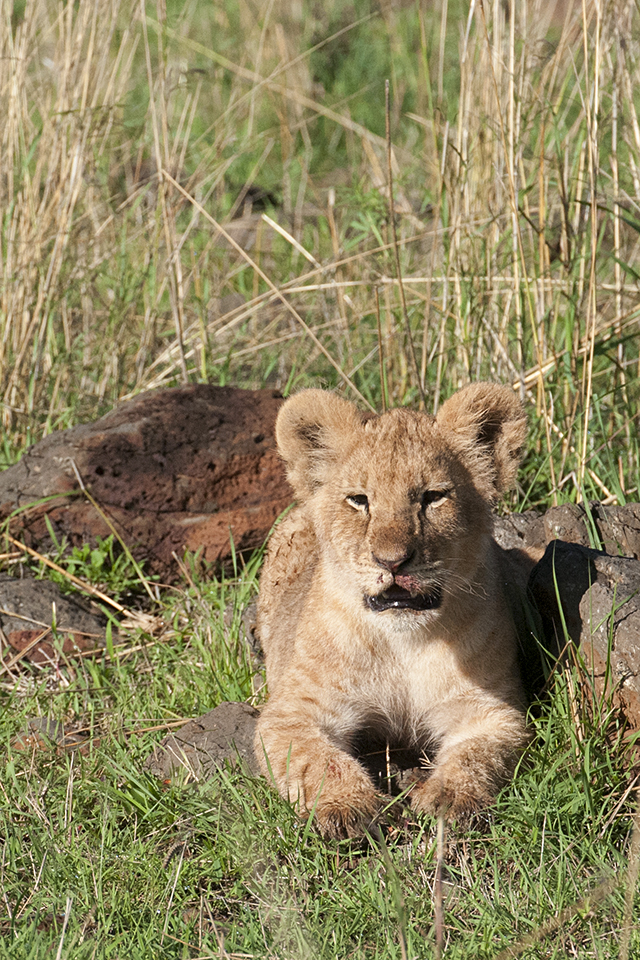 Soon it lost interest and we turned our attention to another cub that had settled down not far from our vehicle. At one point, this second cub got up and walked purposefully towards our vehicle only to stop mid way, rest again and lose interest. One Lioness and couple of the cubs came up closer and settled down giving us some nice portraits, one of which we used as the feature image (first picture) of this post. 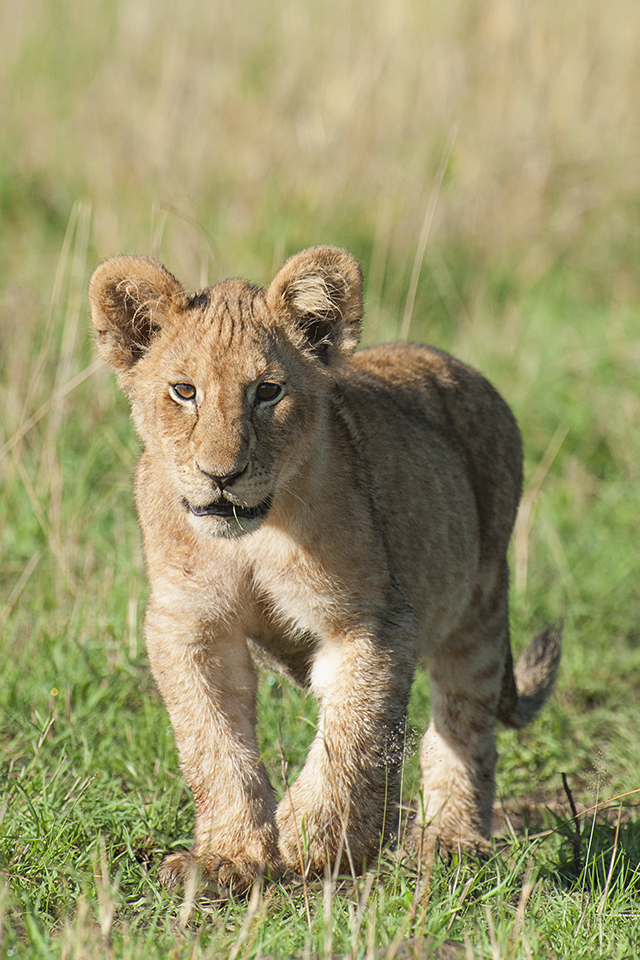