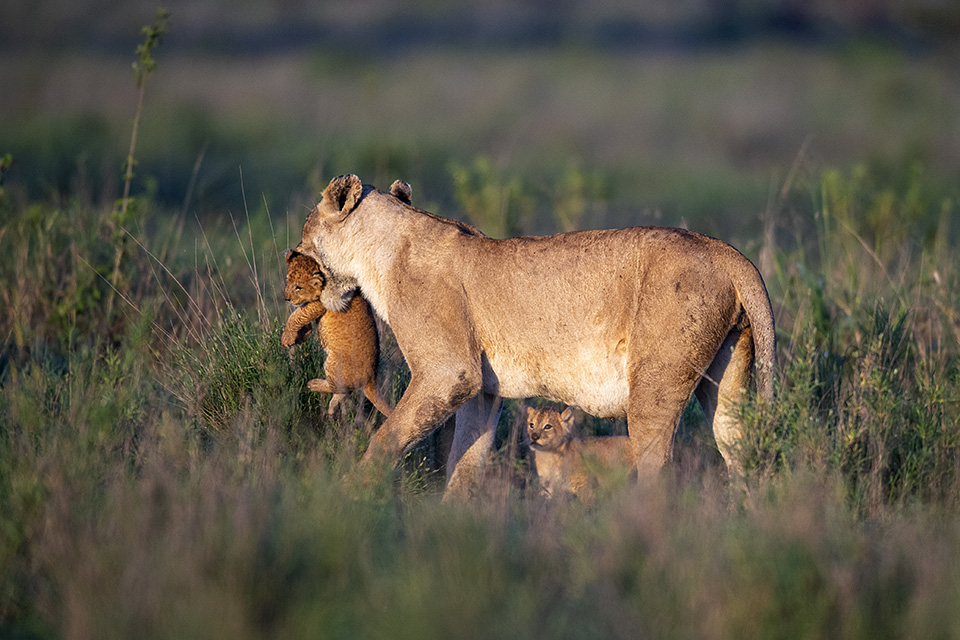 We were on our first safari into central Serengeti National Park when we spotted a Lioness at a distance. At first it looked like she was carrying a kill. I zoomed in with my 600mm f/4 lens only to be pleasantly surprised, that it wasn’t a kill – instead she was carrying a very young cub.

Given that it was pretty early in the morning, the lighting was just perfect. She paused in her tracks briefly to look at where she was headed. And that’s when she spotted our vehicle and looked directly at us. She still was at a fair distance from the jeep.

As she came into a clearing in the grass, we noticed something moving behind her. When she stopped again, there it was – another cub, stumbling as it came into view for the first time! We captured that moment in the feature image (first picture) of this post. The Lioness was headed in the direction of the road, on which we were parked. But we still did not know whether she had to cross the road to get to her pride.