The sighting of the Rhino was the highlight of the morning safari in Dudhwa National Park. As we exited the park and were waiting for our transport to the resort, I noticed a troop of Macaques sitting on the parked cars looking for food that might be discarded by the tourists visiting the park.

Like you saw in the earlier post on the Rhino, it was a cold and damp morning and even the Macaque troop seem to be finding the weather a little cold to handle. I spotted this juvenile Macaque sitting on the windshield of a parked car and looking through it into the car. I guessed it was looking for food and I took the opportunity to get this photograph of it peering through the windshield. When the young Macaque heard my camera firing, it turned around and looked at me giving another photo opp. The near perfect reflection on the windshield was a bonus. 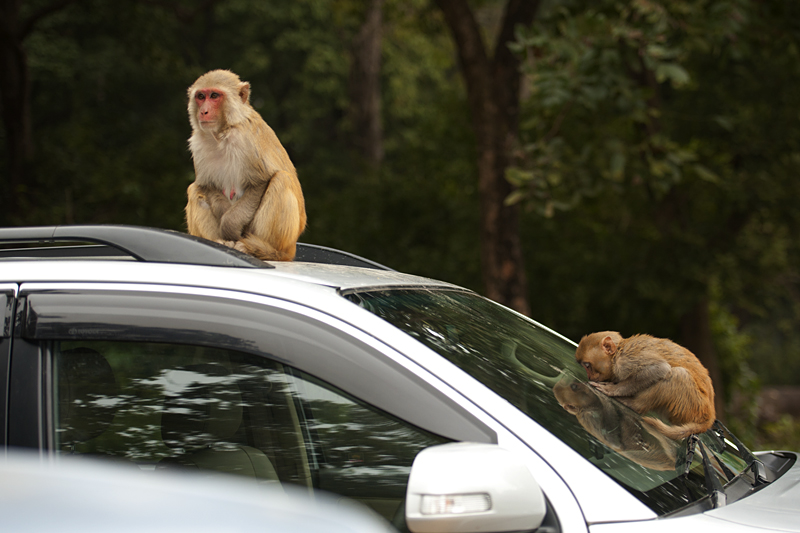 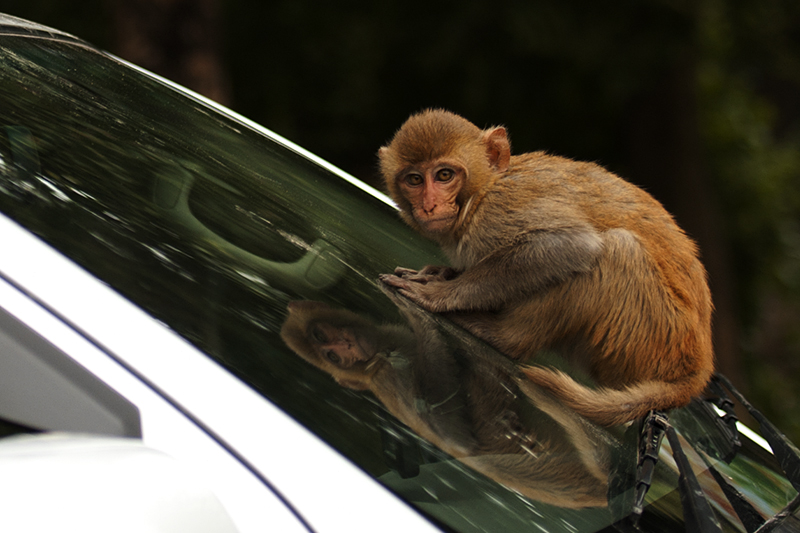 When the young Macaque realized that I was keenly watching it, he decided it was time to cuddle into its mommy, both to brace against the cold and to get the reassurance of safety. This situation lent itself for the next image. 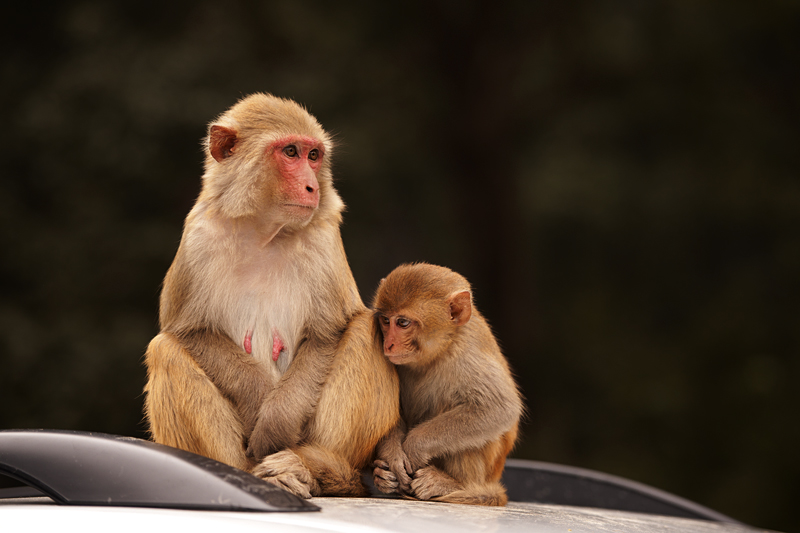 After cuddling with its mother for a few minutes, the young Macaque wanted to explore the other side of the car, but the mother Macaque pulled it close to herself and starting preening it. I froze that moment into the feature image for this post, that appears right at the top. After a while the mother realized that I am taking too much interest in her and her young and gave me a warning growl to express her displeasure. 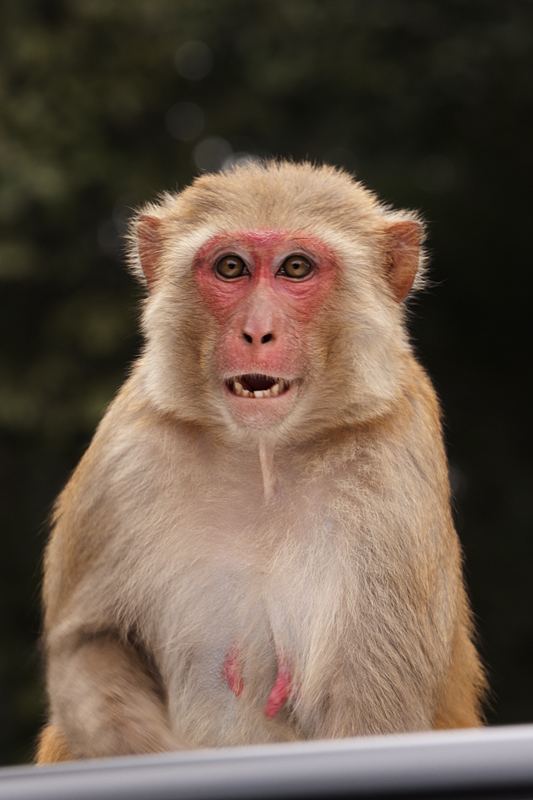 While all this was happening around him, the dominant male just sat silently on top of another car. When I zoomed in on him, he just had this blank uninterested expression that I read as “what’s all this excitement about, just buzz off!” 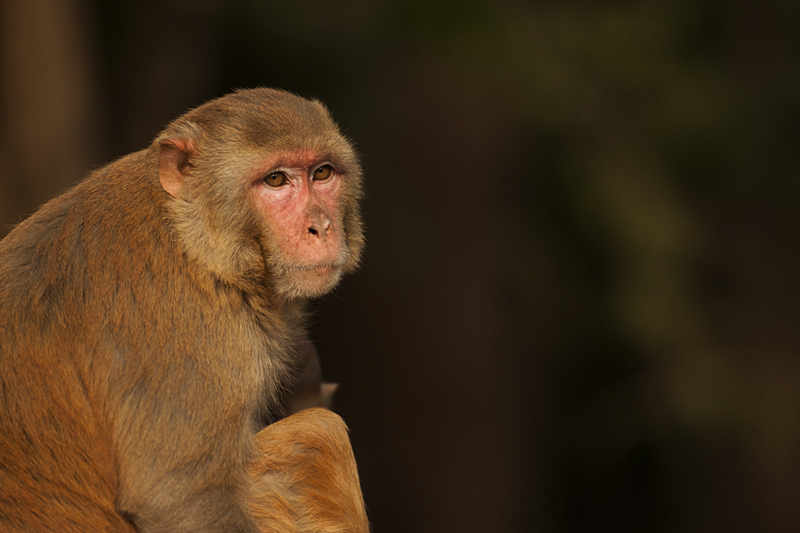