While it was a gory sight to watch the Lioness devour the fresh Wildebeest kill, these are the ways of nature and you have to accept them as they are. It was interesting to note that it was not just us intently watching the Lioness; there was a Marabou Stork who was also showing keen interest in the Lioness and its fresh carcass.

A closer look at the bloodied remains on its beak was a clear giveaway. This Stork seem to have had its breakfast from one of the carcass lying at the main crossing point in Mara river, Masai Mara. Yet it was perched motionless looking at the Lioness, as though saying, “I want a share of that fresh kill too”. This not too great looking Marabou Stork made an interesting subject for some portrait images. It took a while before the Stork realized our interest in it and it finally turned around to face us. Once it understood that we were neither predator nor prey, it lost interest in us and flew away into the Mara horizon. 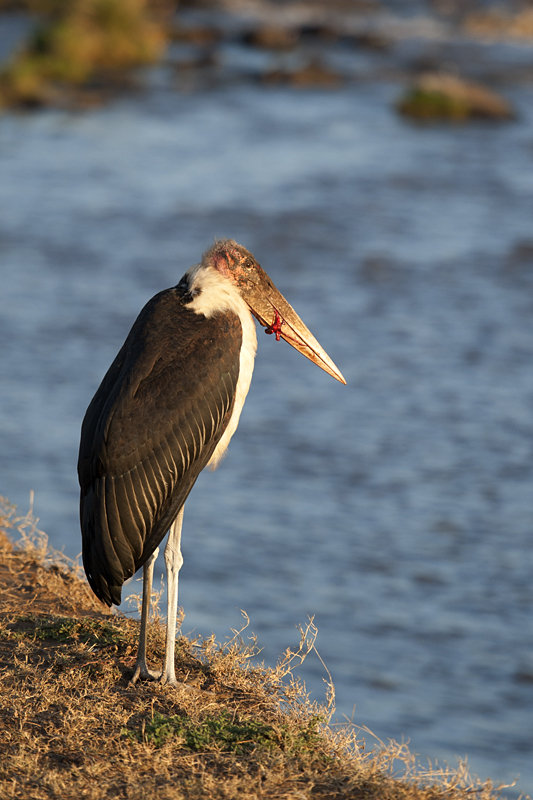 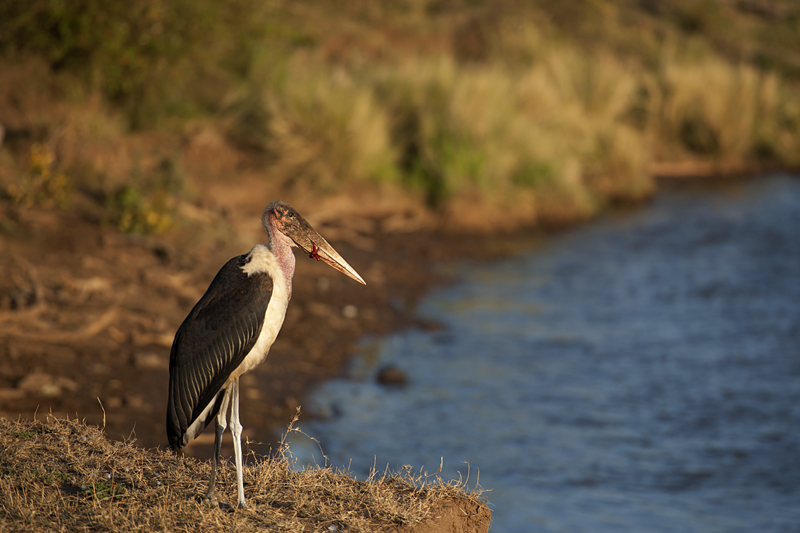 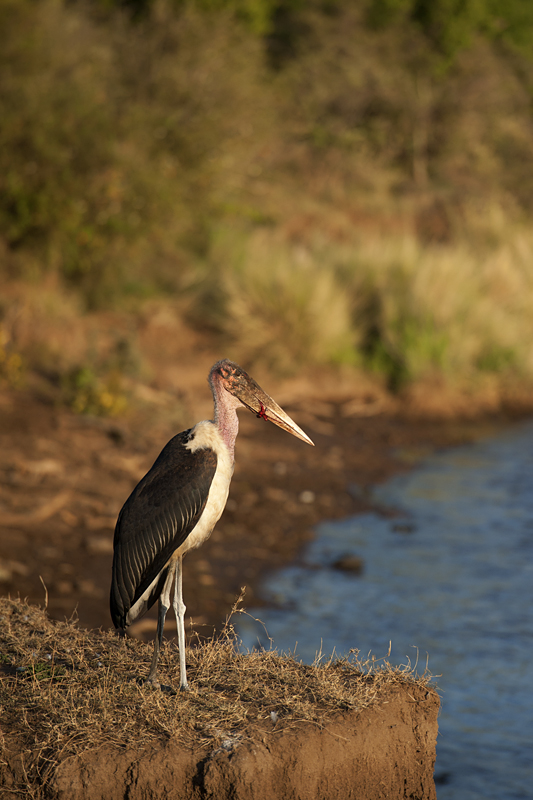 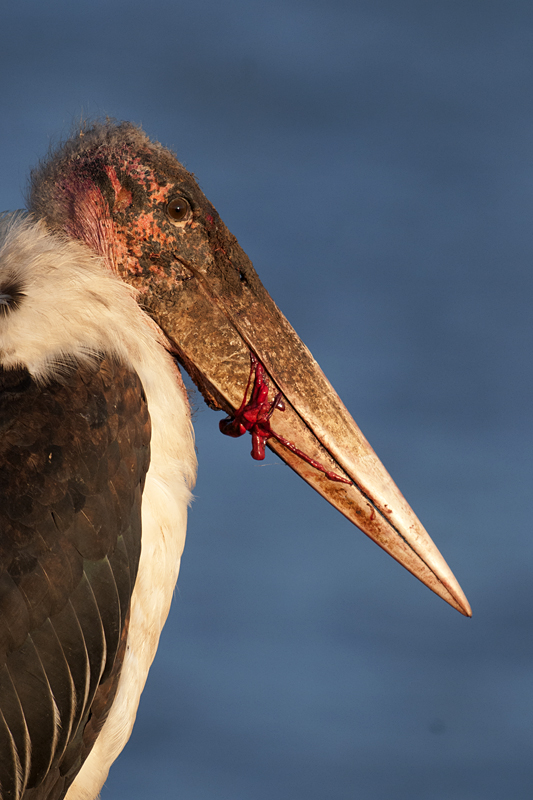 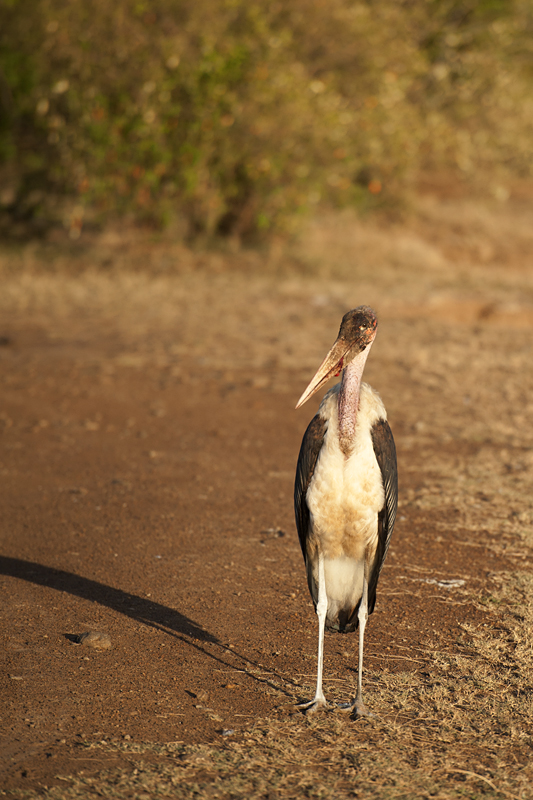