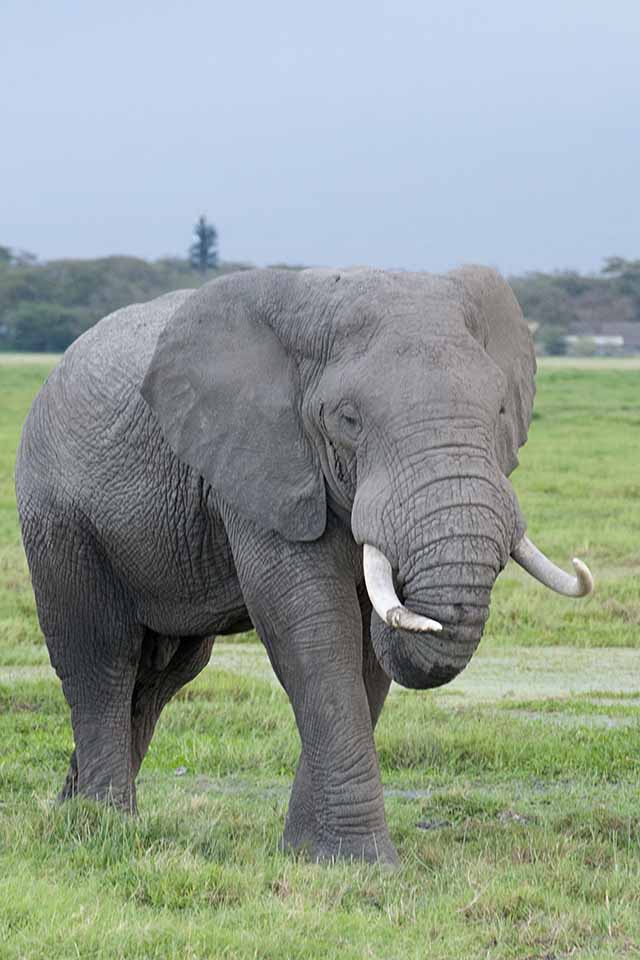 After the thrilling encounter between an African Elephant and a tourist vehicle, we drove back towards the lodge only to be stopped in our tracks by this mammoth African Elephant that was grazing at the edge of the swamps. No sooner he realized our interest in him, he turned around, and, we could only see his back, which was massive in itself. 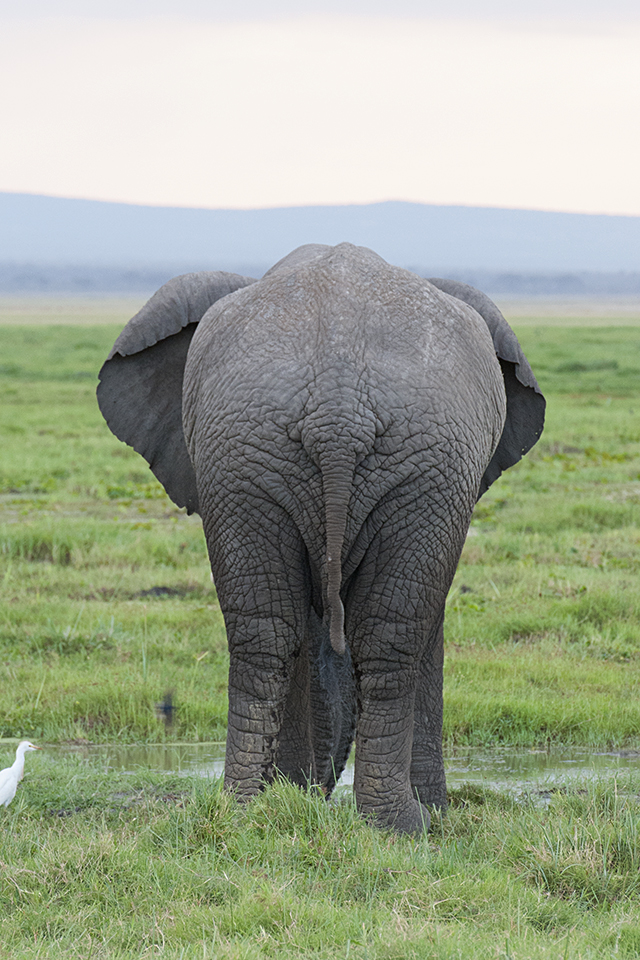 It only took him a couple of minutes to realize that we meant no harm and relaxed and went about his business of skillfully plucking the newly grown lush green grass. As this massive beast continued his foraging, he gave us a few breathtaking compositions. 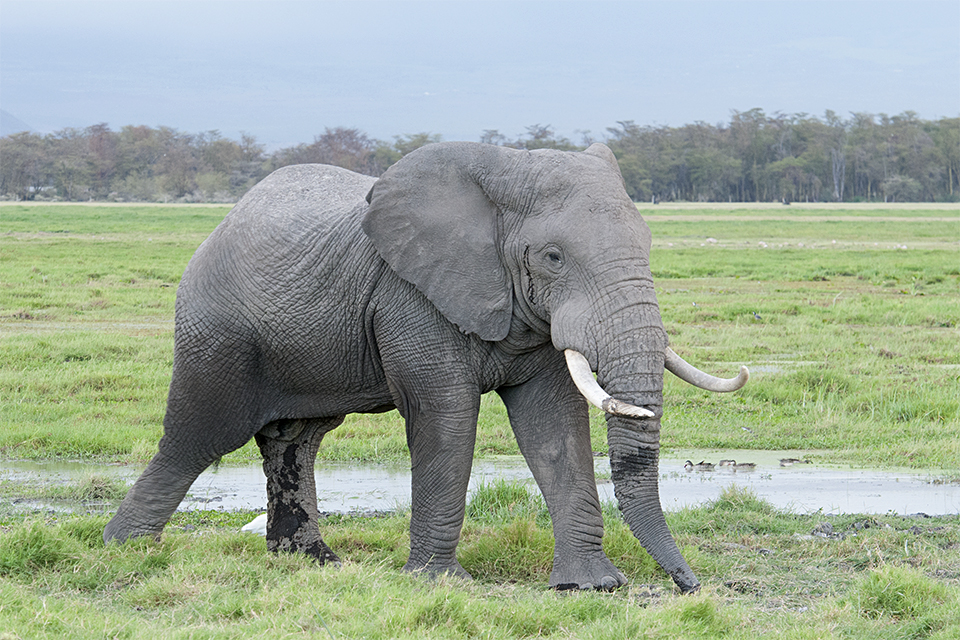 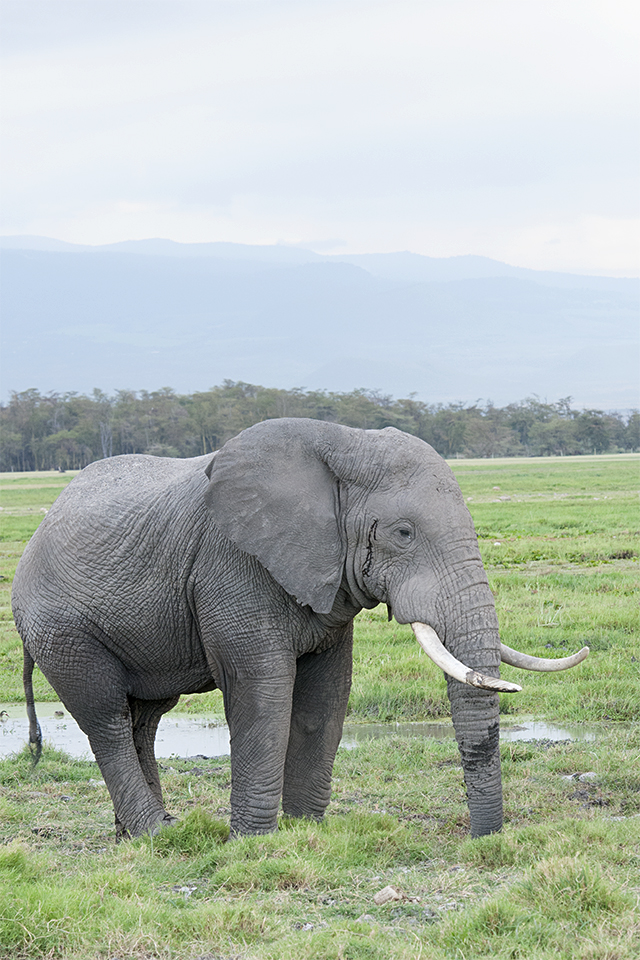 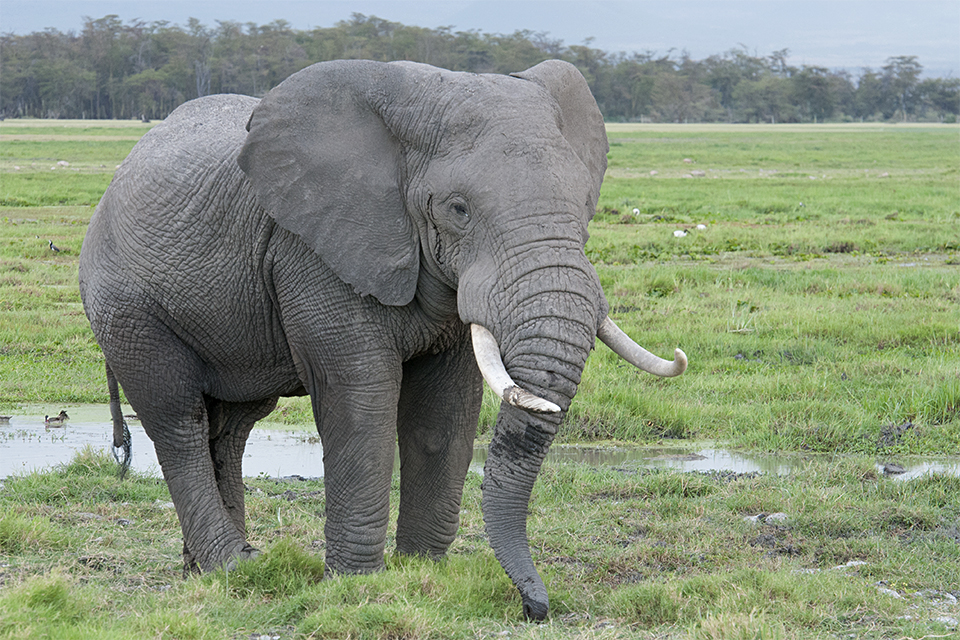 The last picture puts the size of this massive beast in the right perspective of the even more colossal Amboseli Landscape. 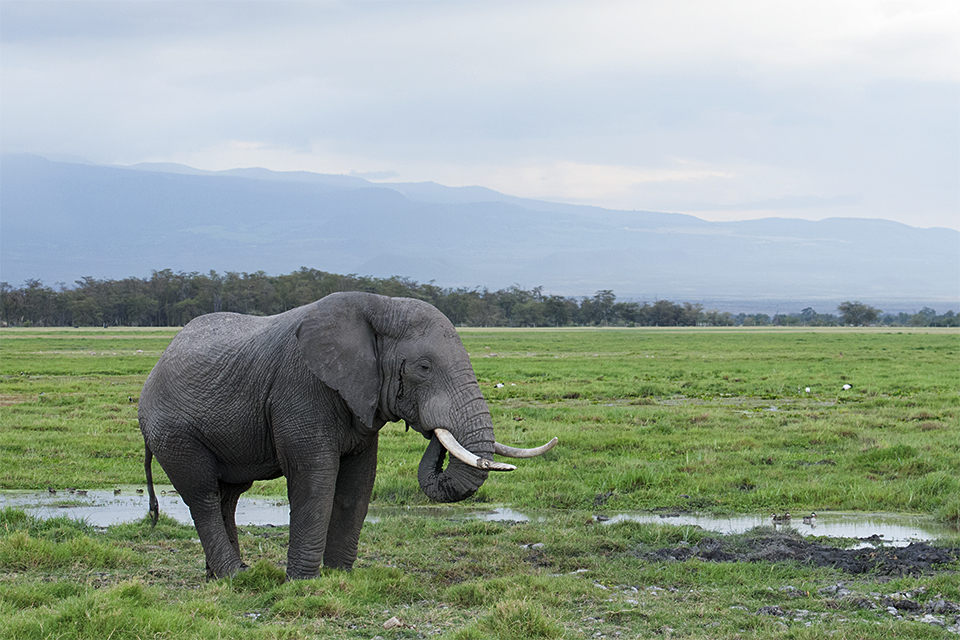