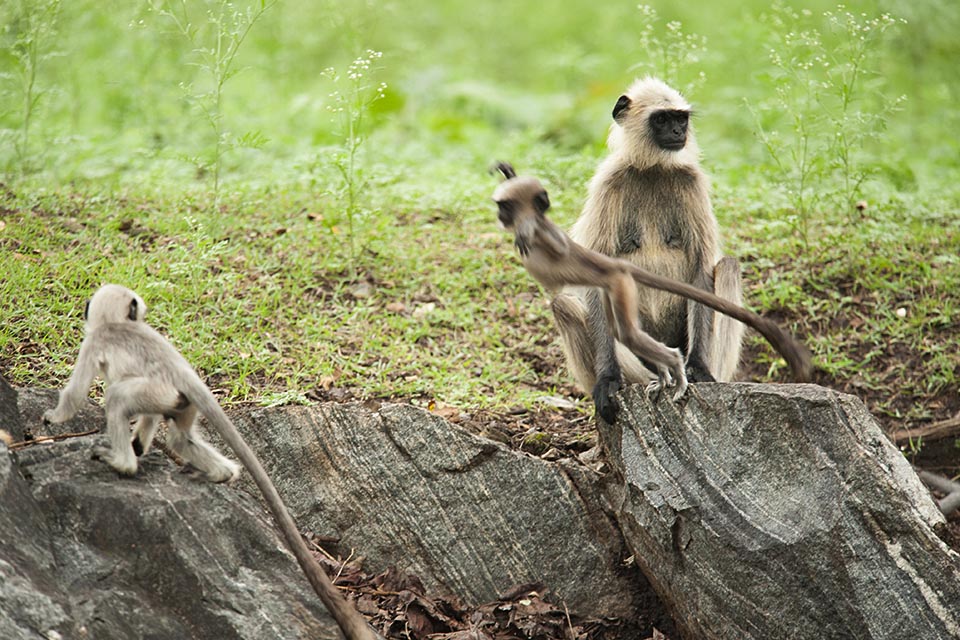 We were on an afternoon Jeep safari in Kabini and like most of the drives on this trip, it rained almost immediately after we started our safari. After a while of seeing nothing, we parked at a crossroad and waited for the rains to relent. We were keenly listening for any alarm calls in the vicinity. That’s when I noticed this small platoon of Langurs sitting alongside the road. One particular adult Langur (below) kept watch on the tree beside the road. 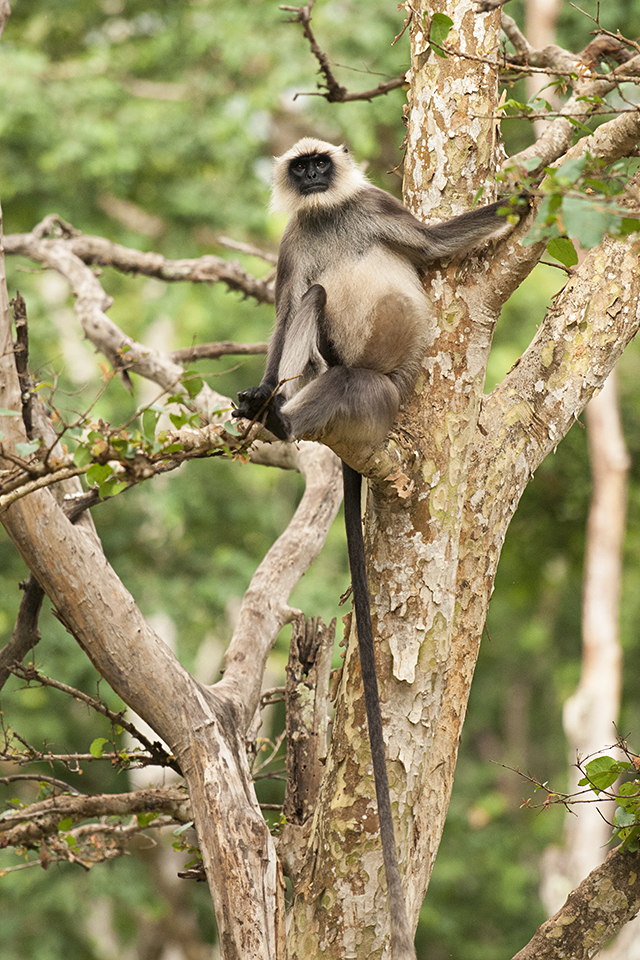 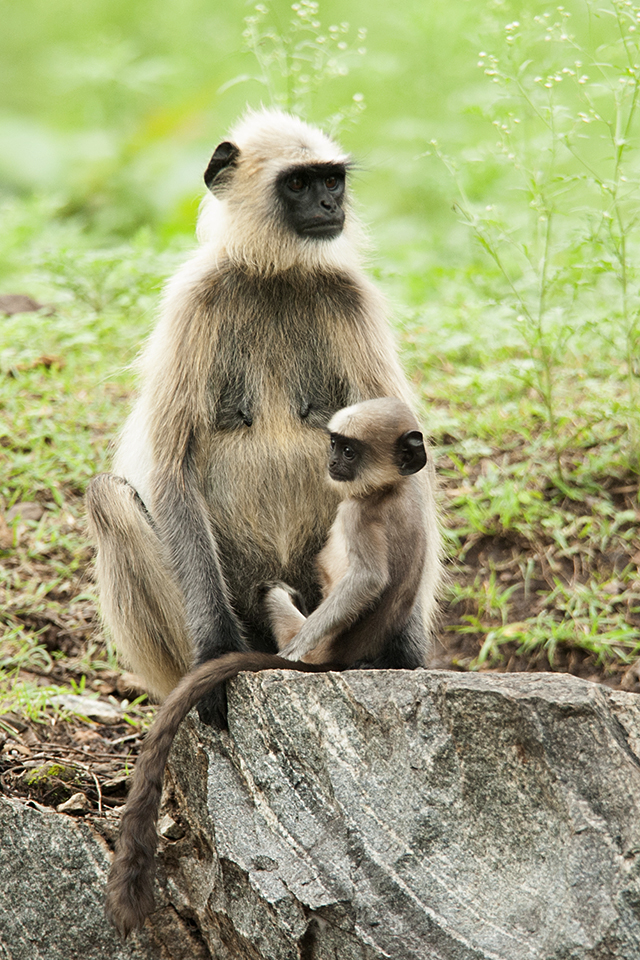 Everything was quiet for sometime, but not for long. One young Langur decided its time for play and it kept jumping from one stone to another taking care not to fall into the puddle of water. Its playing caught the attention of one of its younger cousins. At one point the youngster came and gestured to the smaller Langur to join in the play. 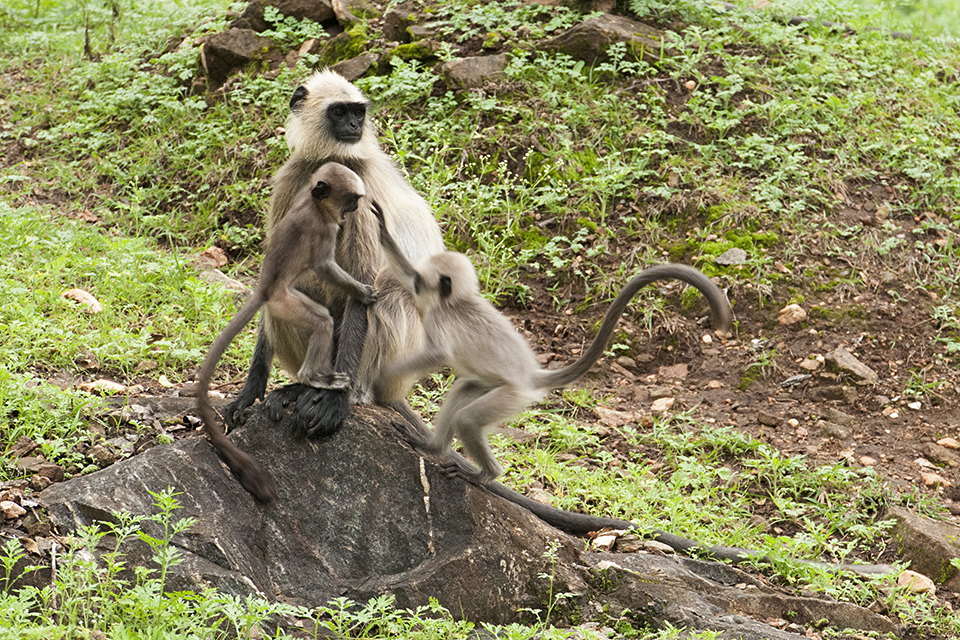 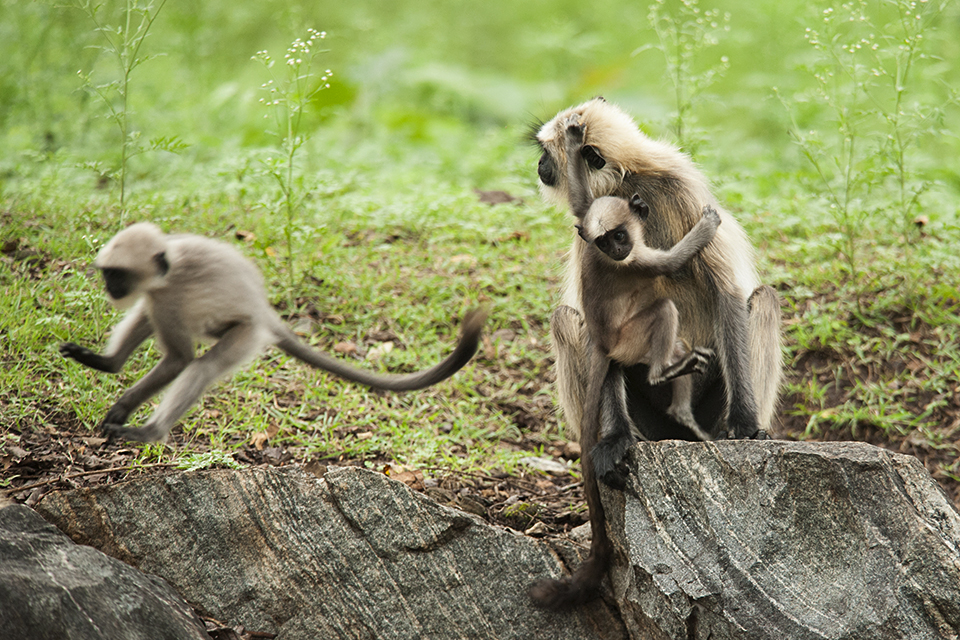 The young Langur went back to its monkey business. Watching its cousin having fun was invitation enough for the younger primate. Even though he was much smaller, he followed suit. 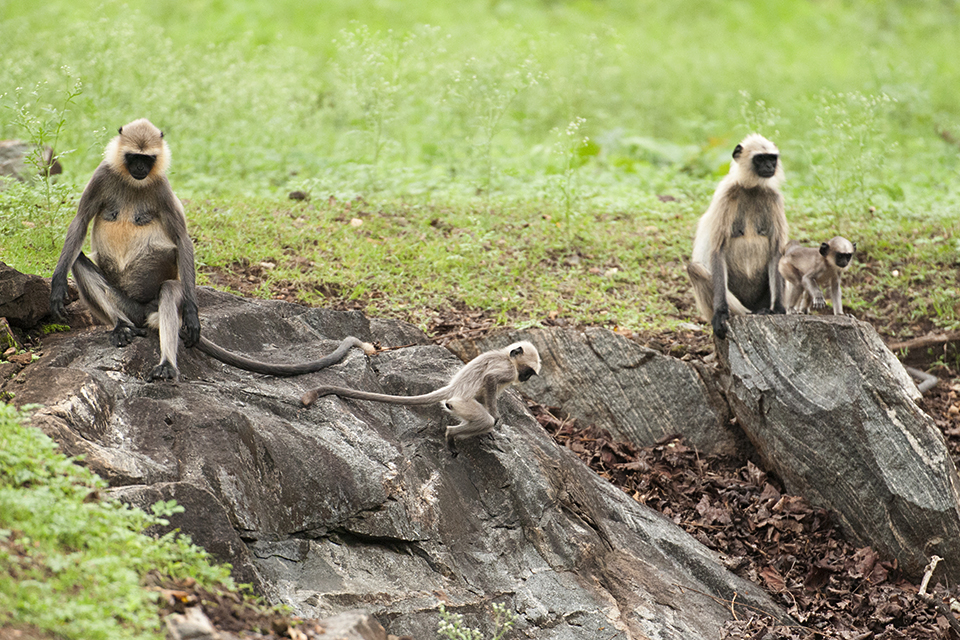 While the kids were having fun, the elders kept a relaxed watch of the proceedings and it was time for us to continue our search for the elusive cat, either a Tiger or Leopard.