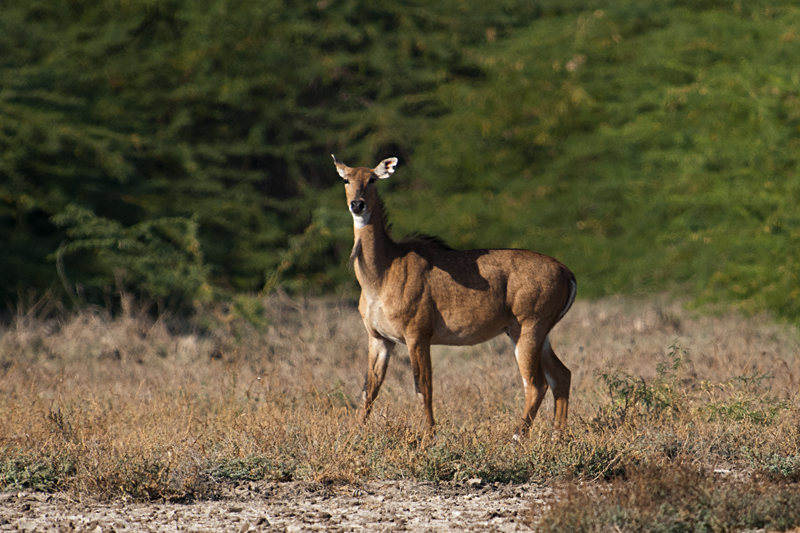 While we were searching for the Desert Fox, read more about it here, we saw this nervous Nilgai mother with its calf. The moment we stopped the vehicle, they quickly disappeared into the shrub forest. We also saw a small herd of Wild Asses melt into the horizon during that safari. 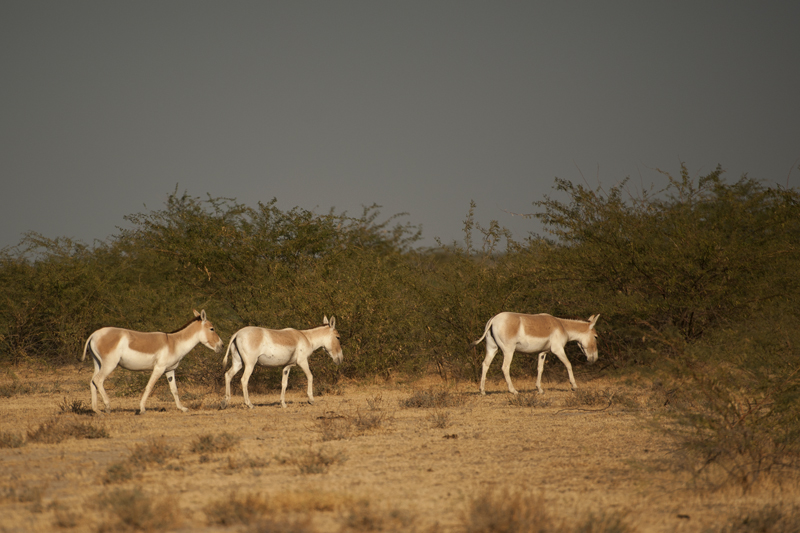 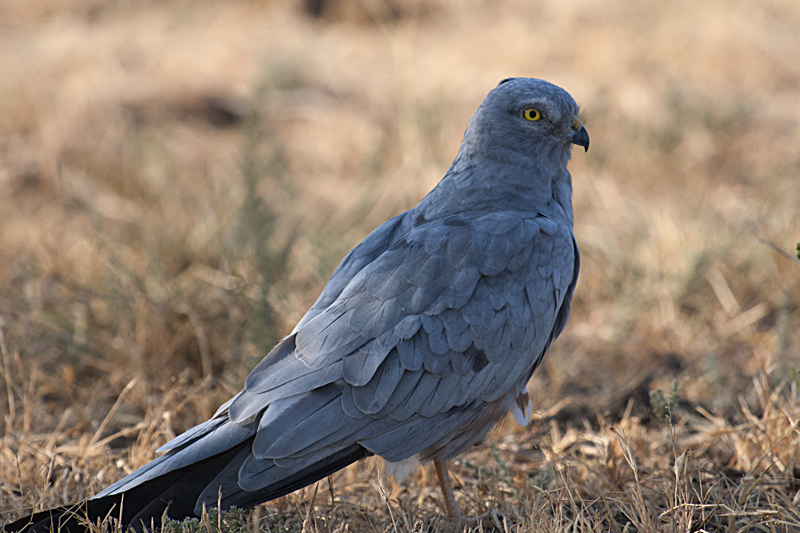 But the prized catch, apart from the Desert Fox of course, was the sighting of this Montagu’s Harrier – male. We spotted it resting on the ground very close to the vehicle. Once it spotted us, it lethargically flew and settled down once again a few meters away. Every now and then it would look up to check what we were upto. And then would settle back to continue resting. 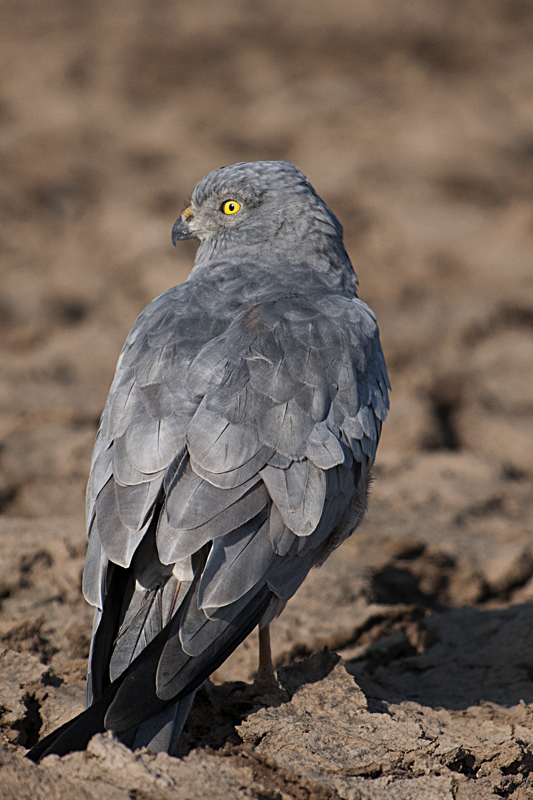 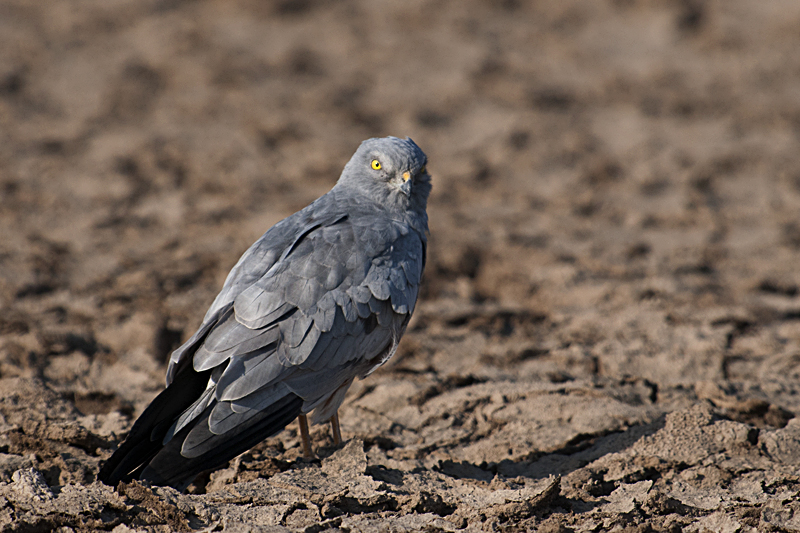 Ten minutes later as we captured these final images, one of which is also the feature image of this post, the well rested Montagu’s Harrier took off into the horizon.