Mother and cubs at play in Tadoba 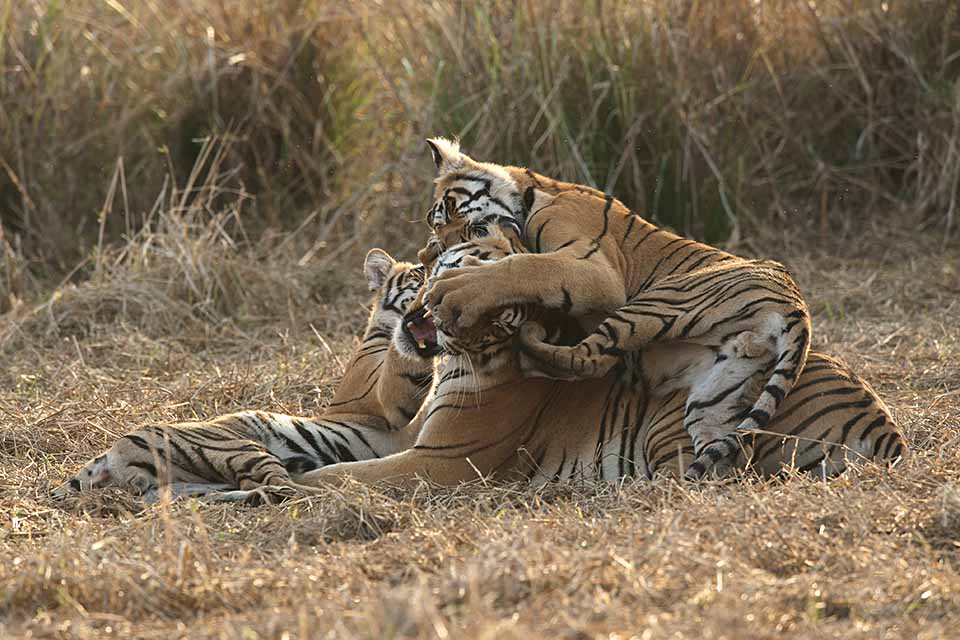 The Tigress popularly known as Choti Tara, who we talked about in our last post on Tadoba National Park, led her cubs off the tracks into the grasslands adjacent to the tracks. Our driver almost immediately realised that we might be in for a spectacle and he drove ahead and positioned the jeep at a perfect location for the main event of the morning.  As soon as the Tigress settled in the grasslands, one of the cubs (her favourite son) dashed towards her and landed on her back. It was clear that he was in a playful mood. 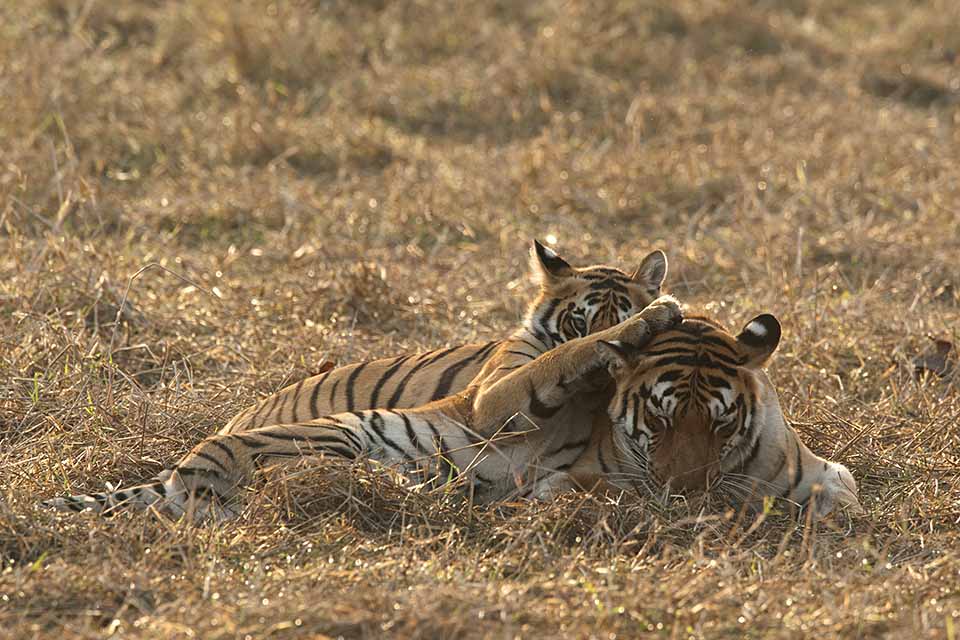 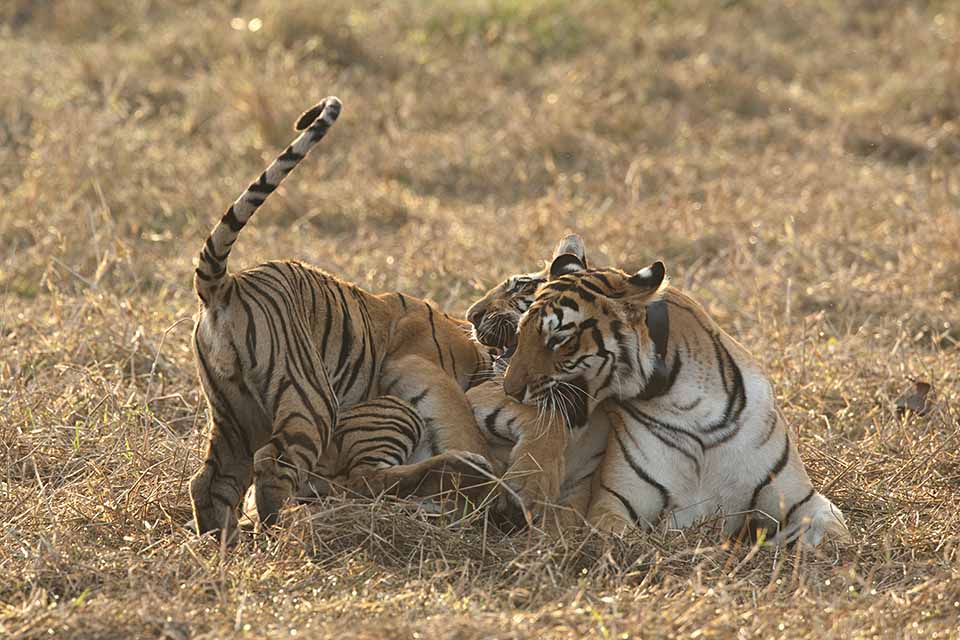 The second cub soon joined the party and he started nibbling at his mom’s legs. Open mouths, teeth and claws were all over the camera frame! The Tiger cubs (boys) were all set for a playful morning. And Choti Tara was on the receiving end of it all. It was a photo opportunity that we could not let go. 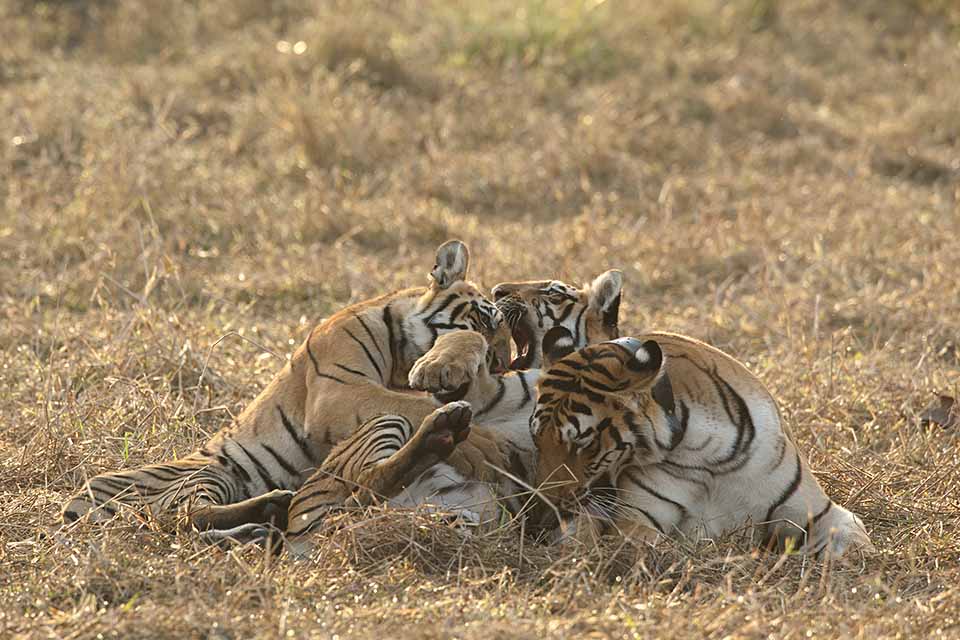 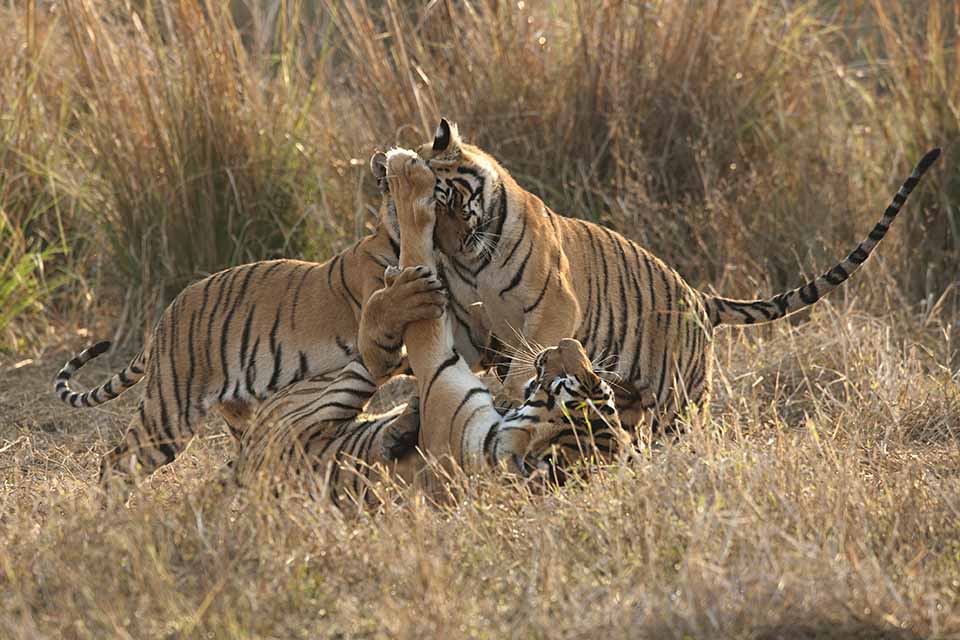 There was no letup to the energetic, playful ways of the cubs. At one point, both the Tiger cubs were biting and clawing the mother’s face and she growled in playful agony, which we framed as the feature picture (first image) and the one below. 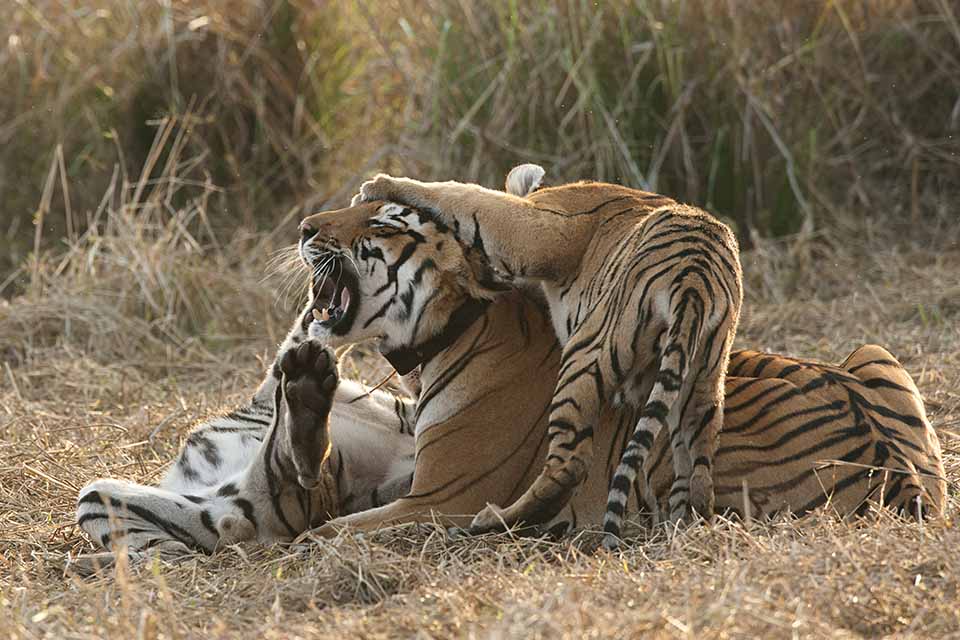