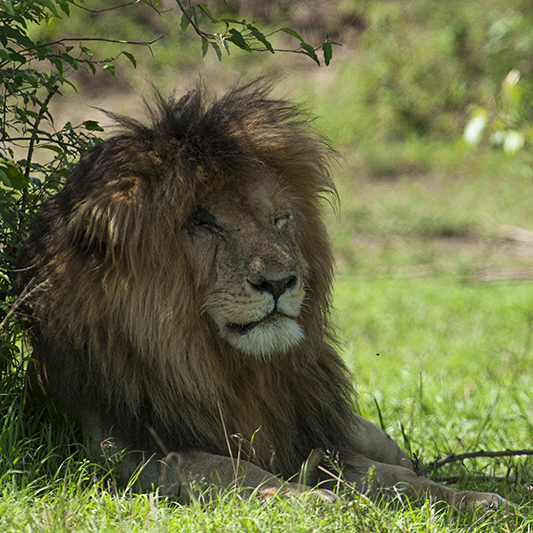 After our breakfast by the Hippo pool, we proceeded to an area where the Black Rhinoceros were seen earlier in the morning. While we were heading to this area, we saw a few vehicles parked on a trail going towards the Mara river. Our guide confirmed that those vehicles were watching a Pride of Lions and by past experience he knew these Lions would stay put. So he mentioned that it would be better to search for the Black Rhinoceros, since it is difficult to spot them once they disappear. However our efforts to spot the Black Rhinoceros came to nought. Soon we returned to get a few pictures of the Lions. When we reached them, we noticed that there were a courting pair of Lions sleeping in the dense bushes and we could not get a clear shot. Another Lion was sitting a little father away in the shade of a shrub and we took a record shot (below) before moving in closer. 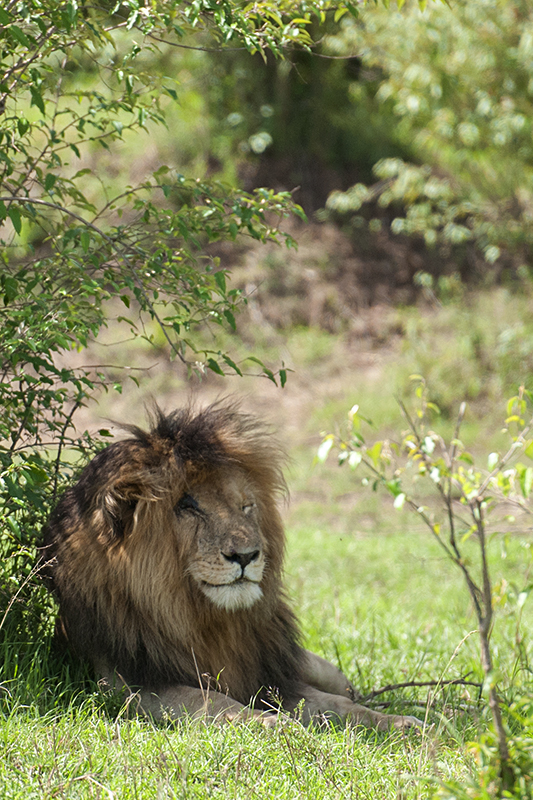 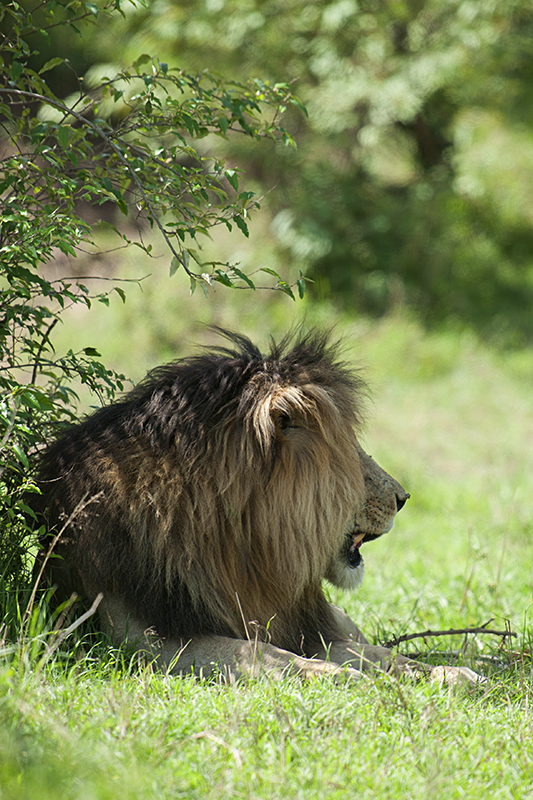 The gorgeous color and sheer density of his mane (above) was a clear give-away that this was a fully grown Lion and our guide quickly pointed out that this was one of the oldest Lions of Masai Mara. He also mentioned that this Lion was tolerating the courting pair of Lions since it was his brother courting the Lioness. We finally got as close as possible and took a few pictures of the side profile of the resting King. 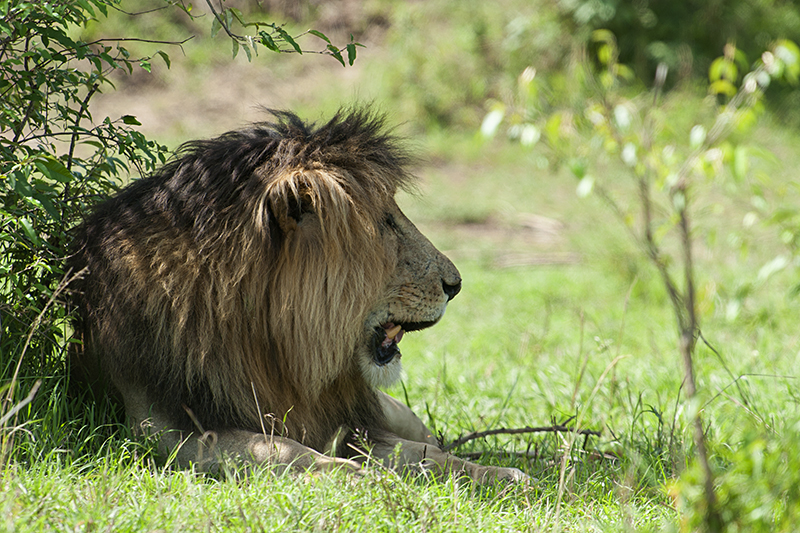 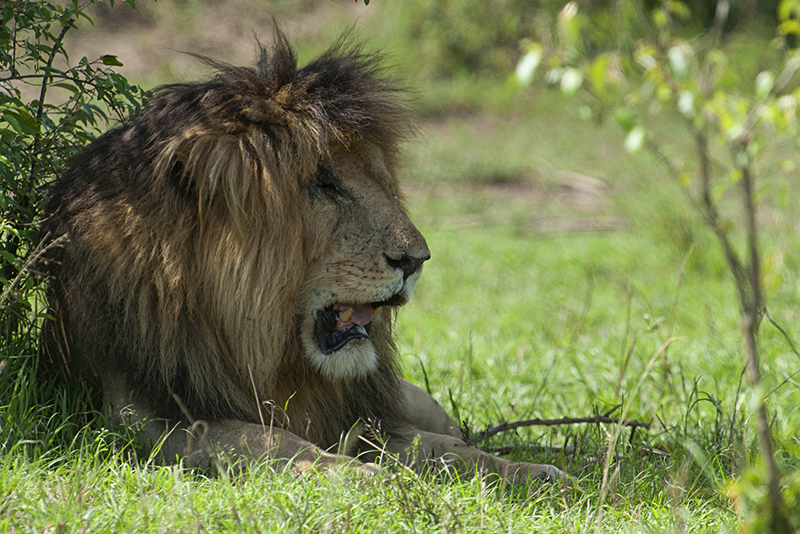 We were hoping that the Lion would turn around so that we could get a picture of him facing the camera and I took this shot as he was slowing turning around to face us. When he finally did face us, we noticed a deep scar running across the right side of his face. Our guide pointed out that it was because of the scar that they had named him the Scar-faced King. We decided to make it the feature image (first picture) of this post. Soon the Lion decided to go to sleep and we got this final image of him sleeping before heading back to the lodge. 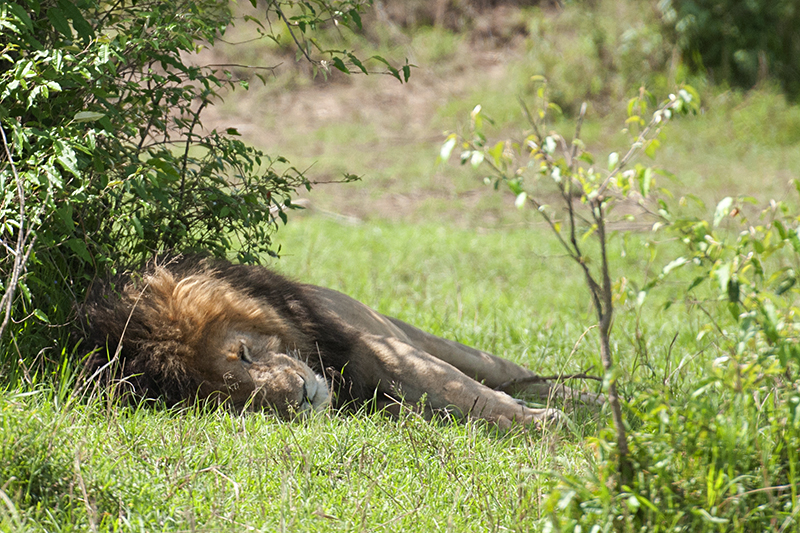