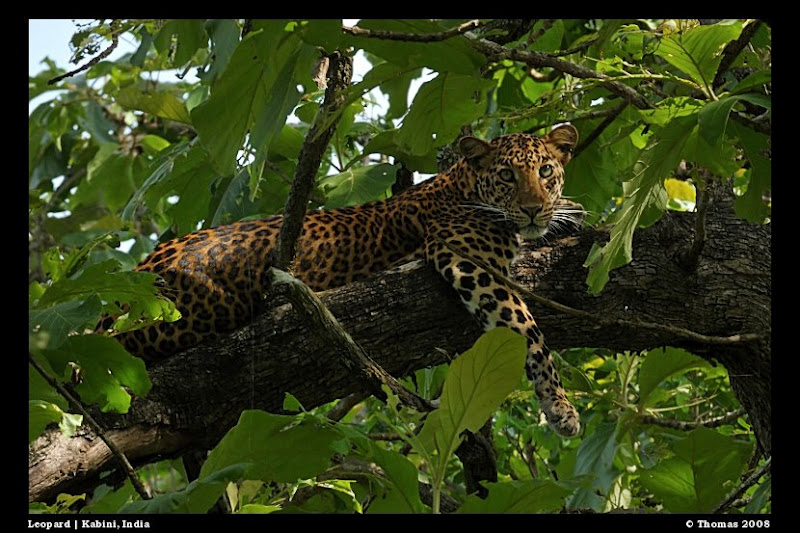 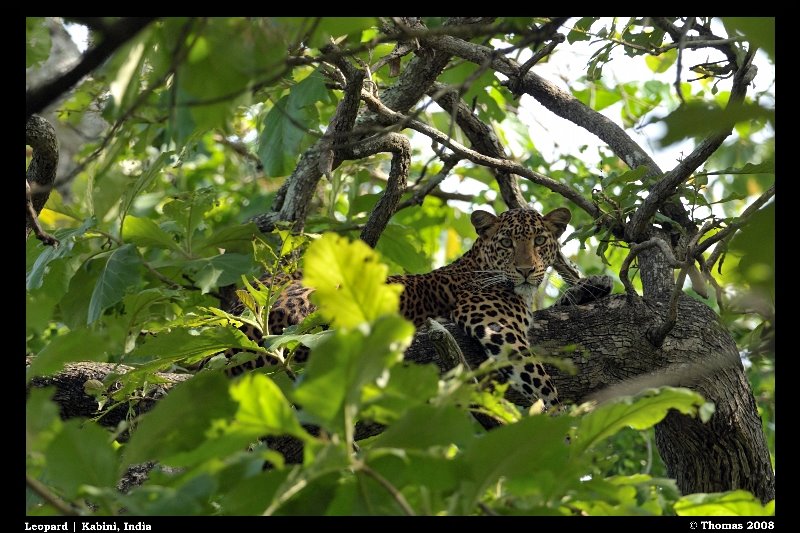 During the pre-monsoon showers this year, we visited Nagarhole national park, India. Due to the rains, the forest wore a lush green look and it was beautiful. However, the thick undergrowth had made spotting of wildlife increasingly difficult.
We were on one of our morning safaris’ when we heard a Chital(spotted deer) alarm call. Chitals raise an alarm when there is a predator (Tiger, Leopard or Dholes) in their vicinity. We reached the area where the alarm calls was most loud and switched off the engines and waited in suspended silence. The alarm calls were growing louder by the minute but to our frustration we couldn’t spot anything in the thick undergrowth. We waited for about 15 mins and in the meantime a herd of elephants (4 elephants including a calf) had ventured perilously close to the jeep. Just then we got a wireless message telling us that a leopard had been spotted in another part of the jungle, about 5 kms away. Knowing pretty well that Leopards are shy creatures, we sped towards the area of sighting hoping that the beautiful animal would stay around till we got there.
When we reached the area, the naturalist in the other jeep who was waiting for us pointed towards the canopy to our right. It was a bit of a struggle to spot it and that was not a surprise as Leopards are known to have a near perfect camouflage. And then finally we saw it, about 100 feet away, high up in the canopy, perched on top of a tree. Here are a series of images taken of the gorgeous animal. I hope you enjoy it.
PS : I will share the encounter with the herd of elephants in a separate post. 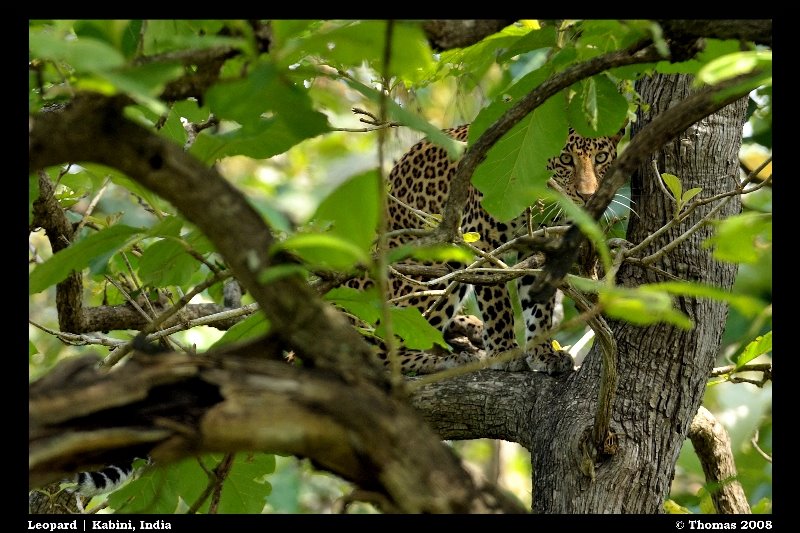 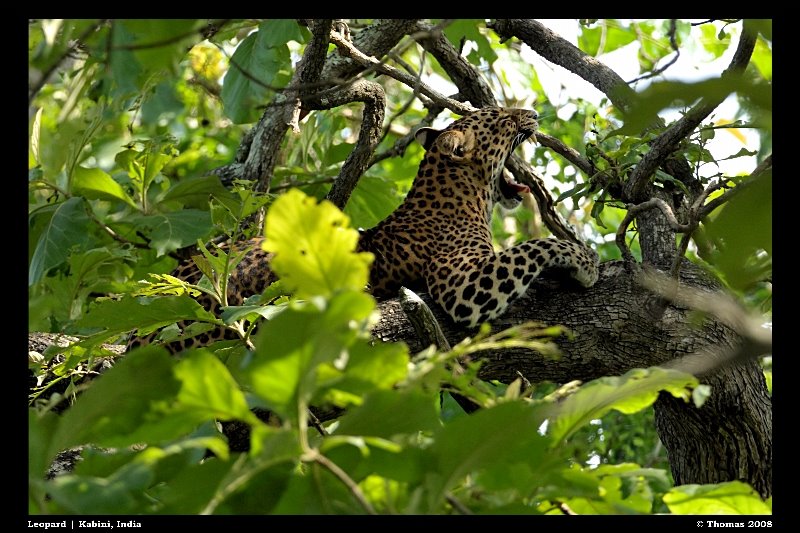