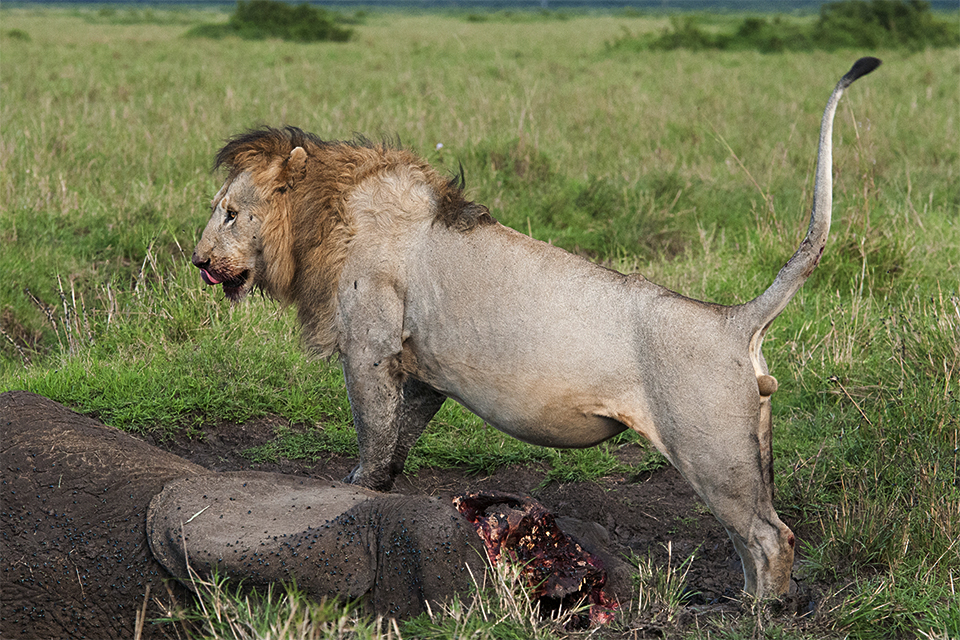 The secret behind the sighting of the three African Lions in Maasai Mara was actually the carcass of an Elephant that had died of natural causes the previous day. The rangers had removed the tusks and had left the carcass in the open for the predators and scavengers. The African Lion that we photographed from close quarters then moved on to feed on the carcass. Clearly this experience is not for the faint-hearted. The feature image (above) is that of this Lion standing over the carcass after it had had its fill. The series of pictures depict the behavior of the Lion as it approached the Elephant carcass to feed to its heart’s fill. 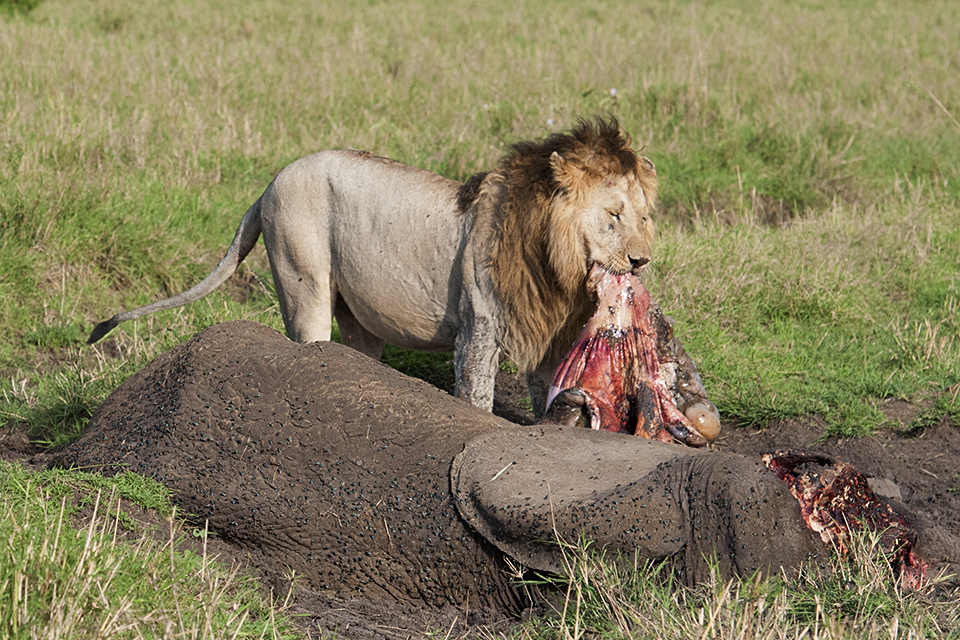 The immense strength of the African Lion is demonstrated (above) as it shreds a huge portion of flesh from the carcass and goes about eating it without much ado. While this was a once in a life-time photography opportunity, it is not exactly something that you can watch for more than a couple of minutes. 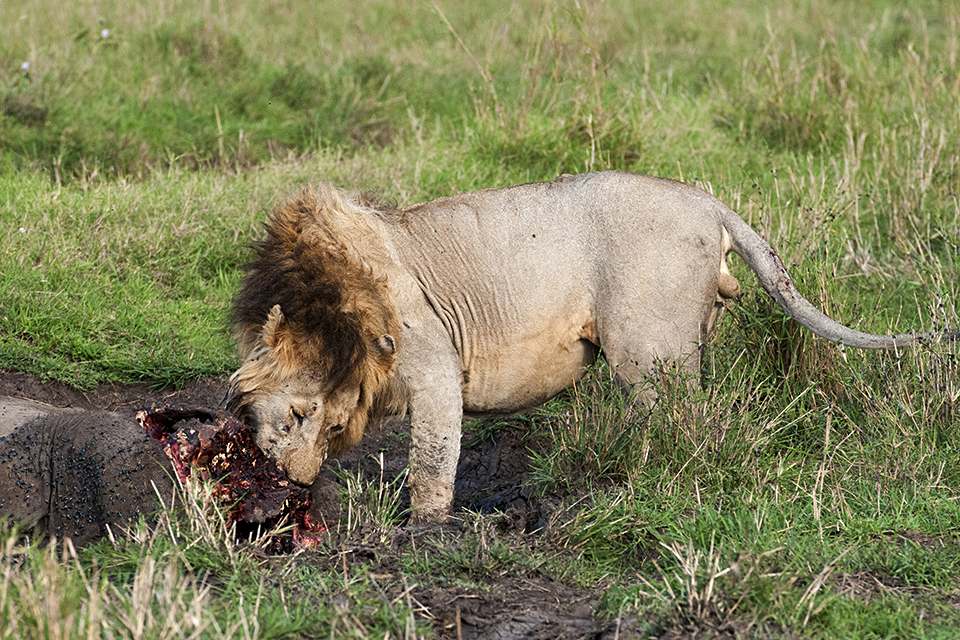 The sheer power of this massive African Lion was at show as it sunk its teeth into the Elephant’s head. After it finished feeding, it slowly ambled across to where his brothers were relaxing, greeted them and settled down for some rest. 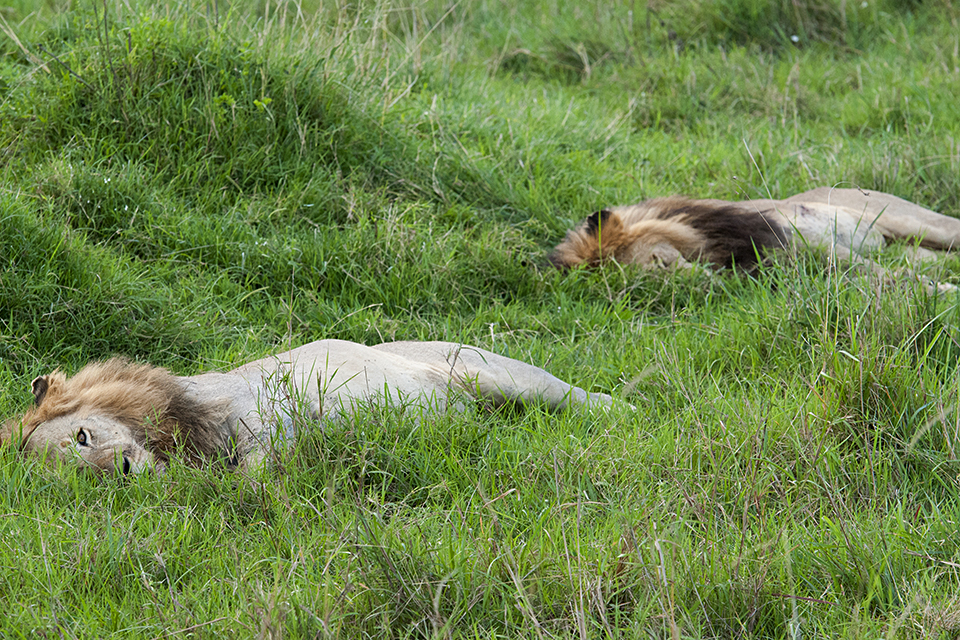 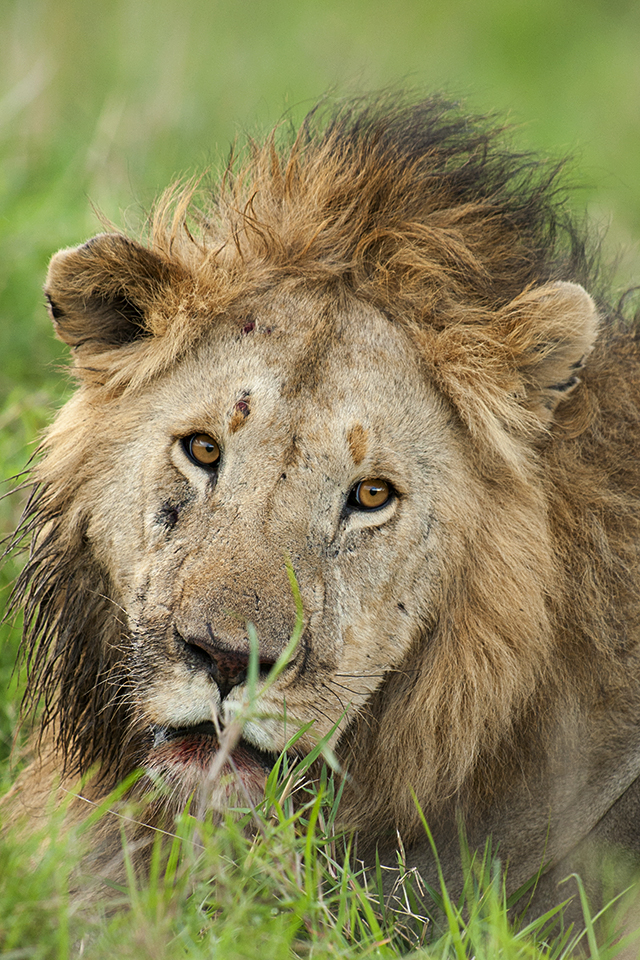 This was the parting shot of the African Lion as the light started fading and it was time to start the return journey to get back to the Mara Serena Lodge.