In the Indian Wilderness, no two safaris look alike. And after two safaris in Bandipur National Park today, we decided to title this post as an ‘Off-Day’ in Bandipur National Park for all the right reasons. We started the morning safari on a cloudy winter morning and after about 45 minutes of nothingness, we saw a pair of Spotted Doves. Normally you see Spotted Doves foraging on the forest floor right in the middle of the safari tracks. But this pair was fluttering about on a nearby tree. On closer inspection, we realized that it was a courting pair of Spotted Doves. But given the challenging lighting conditions, the only action we could capture was a blur of wings since the camera decided to focus on the cobweb that was in the foreground of the mating Doves (below). 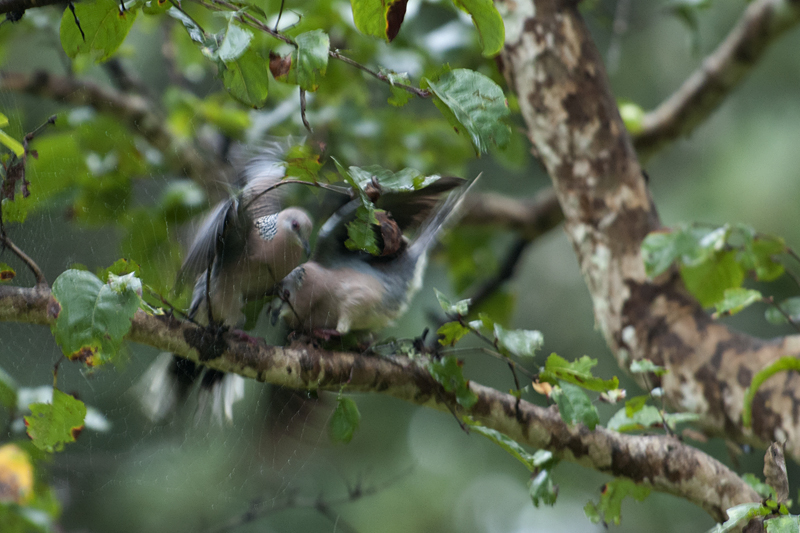 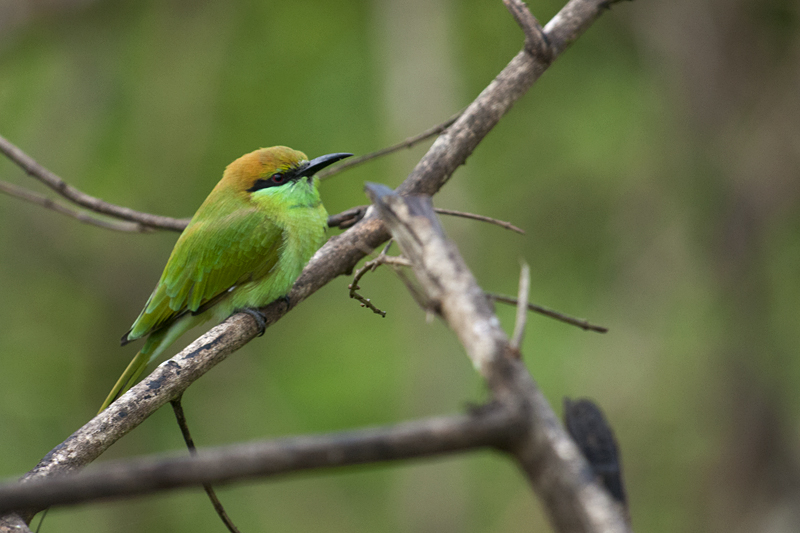 Soon we came by a Bee-eater (above) who cooperated with us for a couple of minutes. Surprisingly, that was all for the morning safari. The afternoon safari started in cloudy lighting conditions and it seemed that this too would be safari with no sightings. But after 30-45 minutes, we chanced upon this old and weak Elephant (below) that was at a salt lick. We waited for a while and clicked a couple of photographs before moving on. 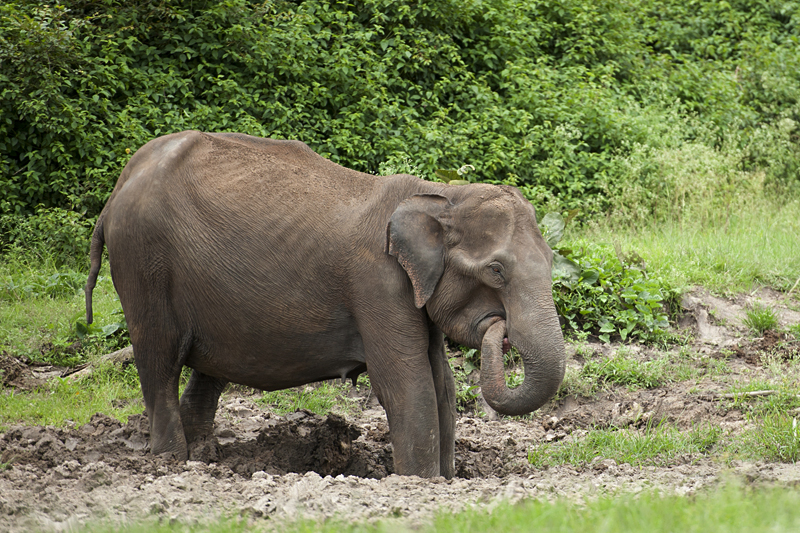 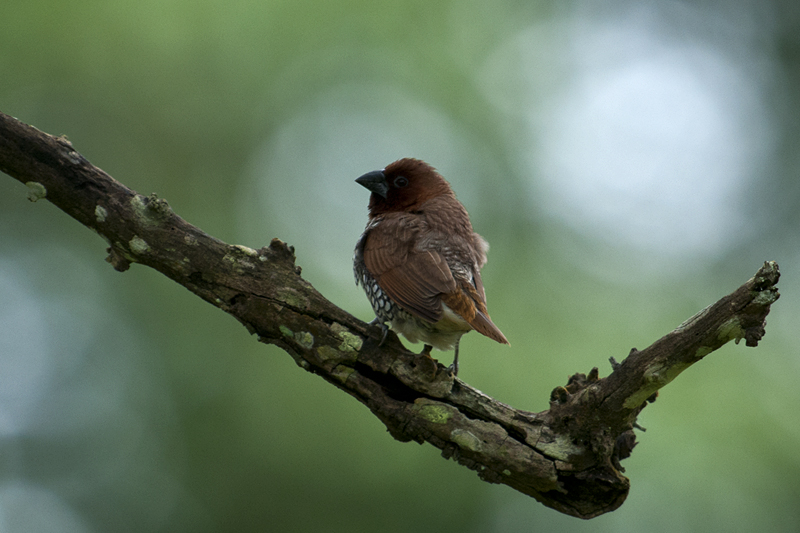 Soon we came upon a Scaly-breasted Munia (above) who was beautifully perched but totally uninterested in us. A few minutes later, we spotted a Black-rumped Flameback (below) that was busy pecking away on a nearby tree trunk. After spending some time with the wood pecker, we continued with the safari. 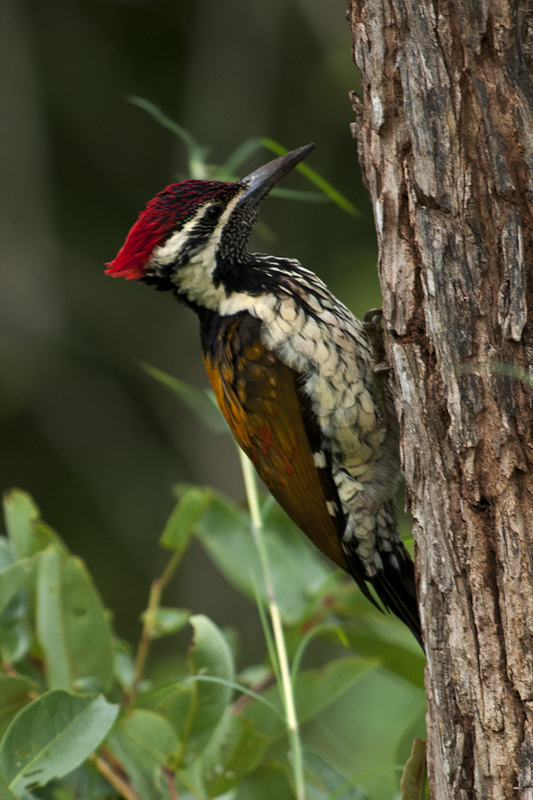 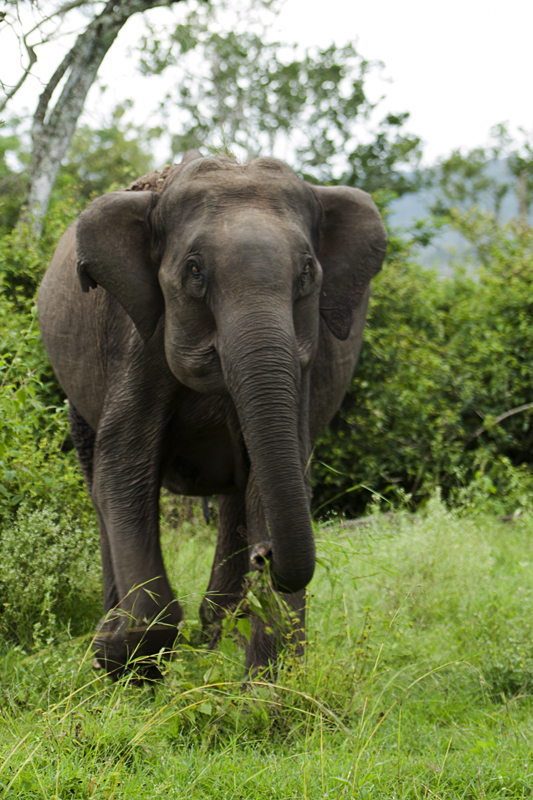 Not far away, we saw this really old Elephant(above). It seemed spooked by something that it decided to mock charge us with whatever little energy it possessed. As we closed out our painfully long ‘Off-Day’ in Bandipur National Park, we had this  serene sighting of an Elephant herd (which we captured as the feature image of this post) at the defunct damsite within the park boundaries.