On a Tiger siblings trail in Bandhavgarh 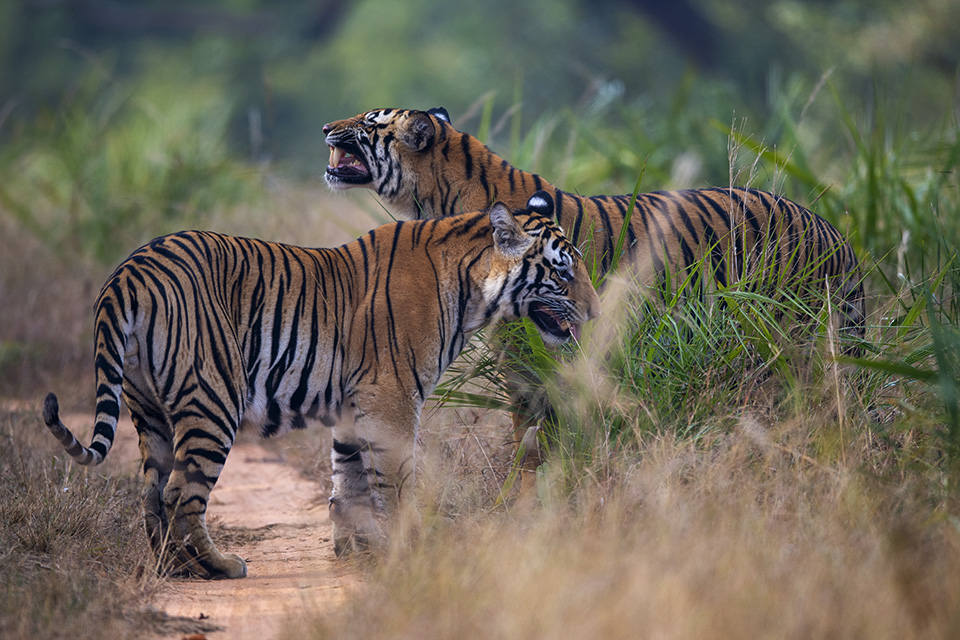 While on a safari in the Bandhavgarh National Park we heard from another driver that someone had spotted the sub-adult cubs of Dotty, the Tigress who owned this particular territory within the park. We drove around for a while in their search, but could not find them. We paused to take this picture of Chitals grazing under a fig tree.

We noticed one of the Elephant patrols and we stopped to enquire about the Tigers that we were searching for. The guard pointed out that they had moved further away into another area. We then headed to that area as mentioned by the guard, and soon we spotted the first cub. He was sniffing around the bushes.

When he saw us, he emerged from the thicket, not very happy at being spotted. We were the only vehicle around and we switched off the engine and he relaxed and went about his search. At first we thought it was for possible prey.

The first cub, however led us to the second cub – he was much ahead on the track. Together the brothers were vigorously sniffing at a shrub by the side of the tracks. Soon their gesture and behaviour was a telltale sign of another Tiger in the area. It was now clear that the Tiger brothers had caught on to the scent of another Tiger. We let the brothers sniff out the third Tiger, which we assumed would be the third sibling of this litter.