Our first Tiger sighting in Bandhavgarh 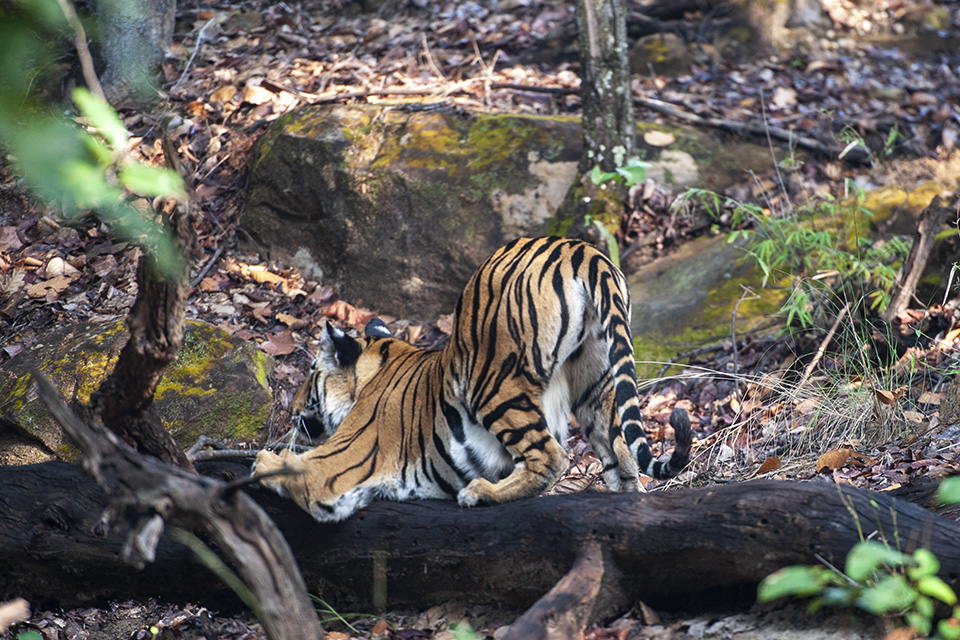 Our maiden trip to Bandhavgarh National Park kept us wondering why we didn’t come to this park much earlier. On this first drive into Bandhavgarh, we drove along for a while on a cold wintery morning with no sightings of wildlife. We blamed it on the cold morning and then we reached an area where we found a number of Jeeps parked along the tracks. On enquiring we were told that a Tiger had crossed nearby and there were alarms call all around. On further enquiry we were given to understand that this was a confident Jeep-friendly Tigress that is known to walk very close to the vehicles. We decided to wait. I guess we waited for over 30 minutes before someone spotted the Tigress walking in the Lantana towards the tracks. And what a grand appearance she made. She emerged from the Lantana, glanced at the trail of Jeeps parked on either side of the tracks and crossed over nonchalantly.

Her total disregard for the noise caused by the tourists in the many Jeeps was a clear giveaway that this Tigress didn’t bother about any of us and was going about her business, at her own pace. First she came back onto the tracks and walked along till she noticed Jeeps coming from the opposite direction.

And then she emerged from the forest cover right next to our Jeep. She was so close that I got a tight crop of her face as she emerged. Then she crossed over the other side of the track and I caught a final glimpse of her before she finally disappeared into the Bandhavgarh wilderness.