The first time we saw the Grey Crowned Cranes of Africa, it was near a waterhole in the plains of the world famous Serengeti national park. We were delighted to see these stunningly beautiful but endangered Cranes. We saw this Grey Crowned Crane couple foraging in the distance as we were exiting Western Serengeti on our way to the Ngorongoro Crater. Even though the birds were at a distance; just about within the reach of the 300mm f2.8 with 2x TC, they noticed our presence and every now and then would check if we were a threat.

While the first image is a tight crop to focus on their magnificent golden crown, the second image is where you see the couple together, more relaxed and preening themselves. We quickly switched off the engines and were observing these Cranes as they drifted a little closer, continuing with their business of foraging. Once in a while the Cranes would stop eating and attend to their majestic plumage. Thereby giving us an opportunity to capture some pictures of these beautiful subjects. At one point, we realised that one of the Cranes was either singing or calling out, as has been captured in the last image. It is a pity that these magnificent beauties are an endangered species. 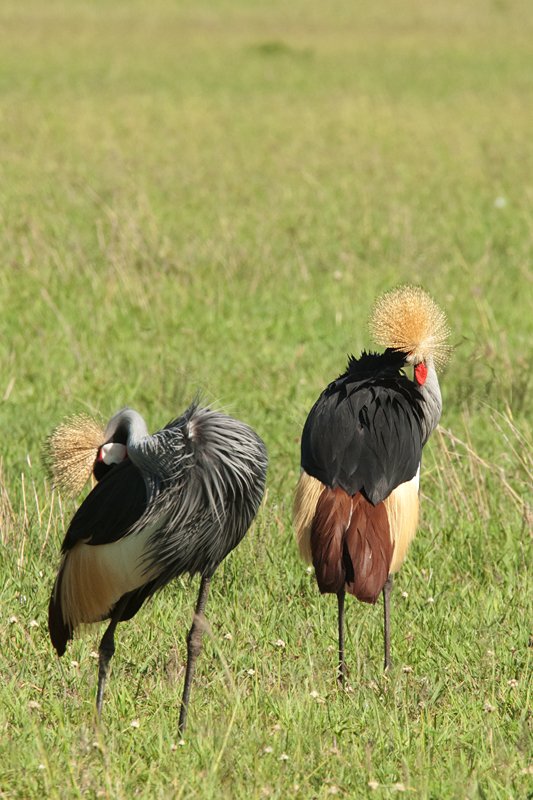 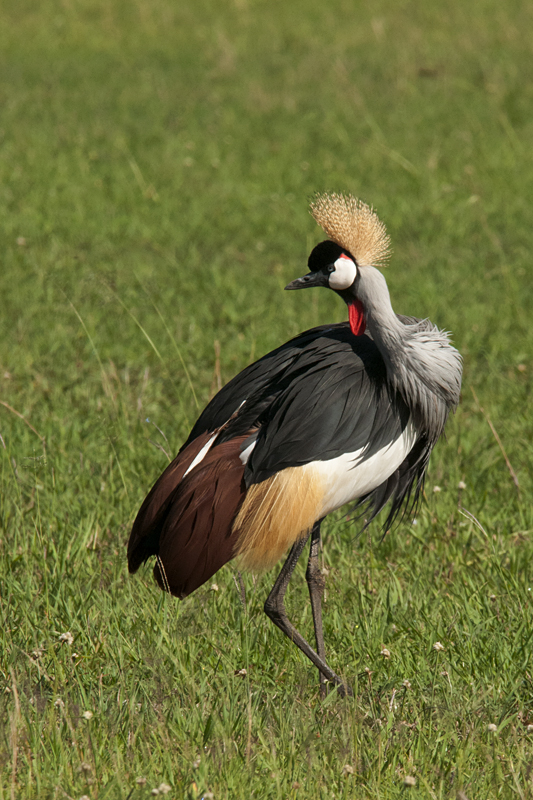 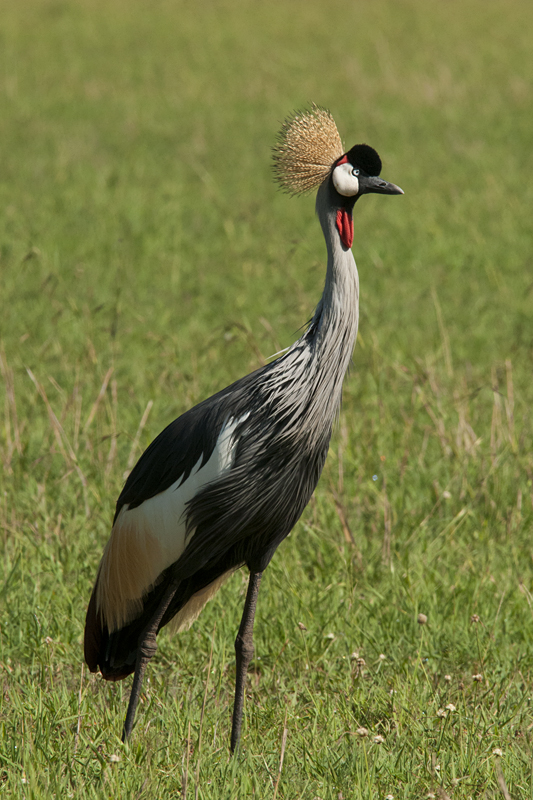 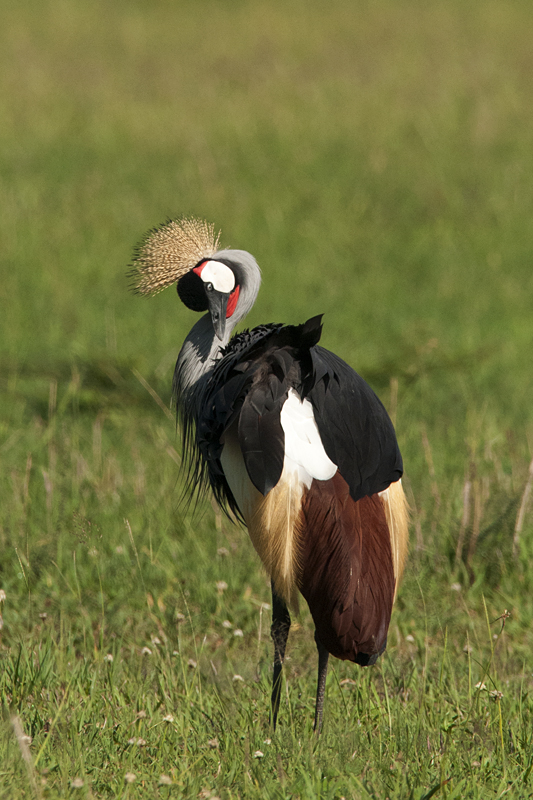 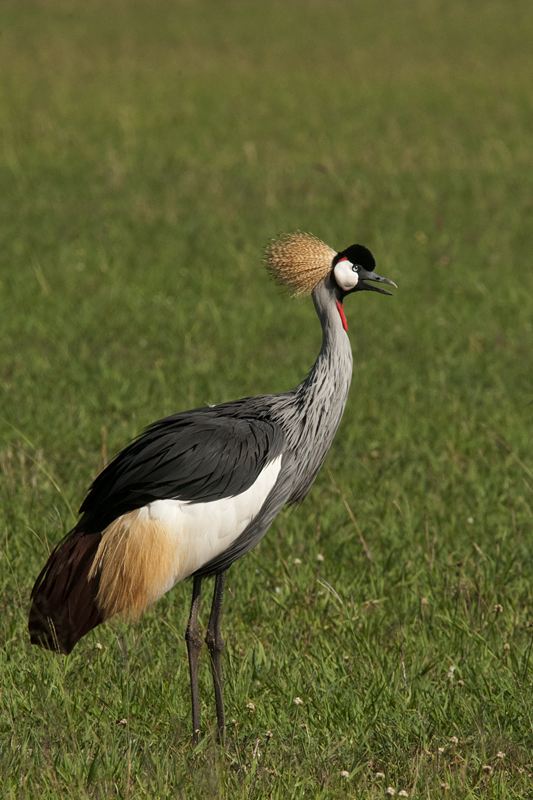