After the morning safari at Bandipur National Park, I was fooling around at the resort when a platoon of Bonnet Macaque descended on the resort. Having nothing much to do, I decided to follow them just in case they gave some photo ops, and I was not disappointed. The dominant male (below) took notice of my presence and glanced at me as though telling me to keep my distance. I backed off soon enough, but after getting this portrait (below). 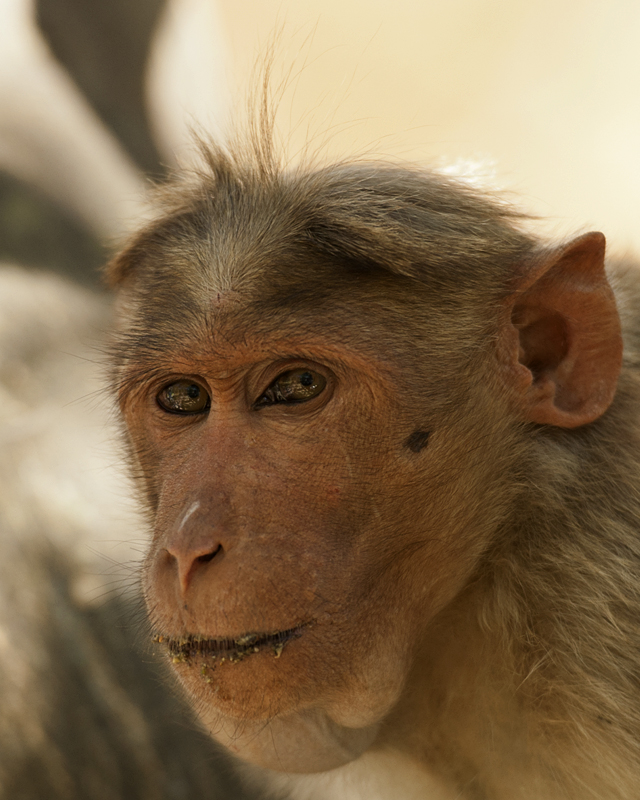 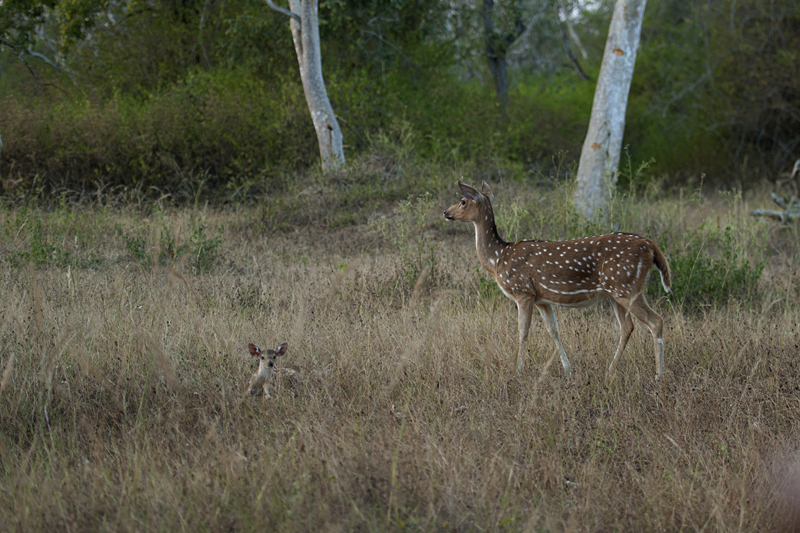 Soon it was time to go on the afternoon safari and after two hours of almost no sightings, we heard alarm calls of Spotted Deer nearby. When we reached the area, we saw a lone Spotted Deer standing close to the safari tracks. For a few minutes, we were left wondering as to why this Spotted Deer was standing all alone in a cautious stance. Suddenly someone spotted a Fawn (above) not more that a couple of weeks old, sitting not far away from the mother. The commotion in the Jeep was enough for the Fawn to understand that its cover was blown and it got up and sought its mother’s (below) comfort and protection. 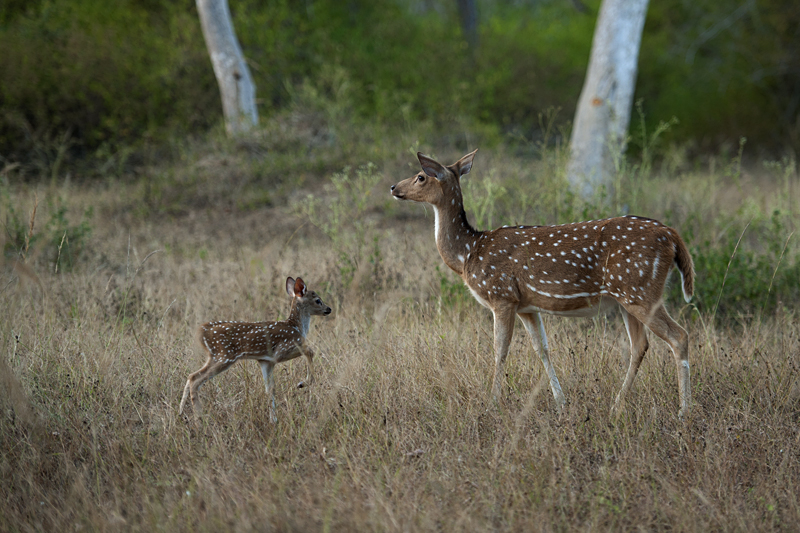 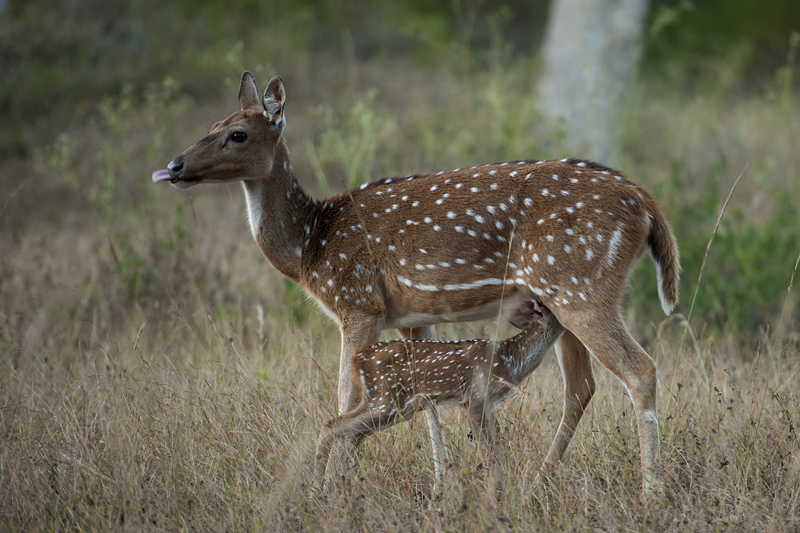 After the reassuring touch of its mother, the Fawn started suckling (above) right there in front of us and it was a beautiful sight to observe and photograph. After suckling for sometime, mother and fawn walked away into the Lantana. We saw yet another fawn and mother the next morning. This time the protective mother was preening its fawn, which was another intimate moment for the camera. 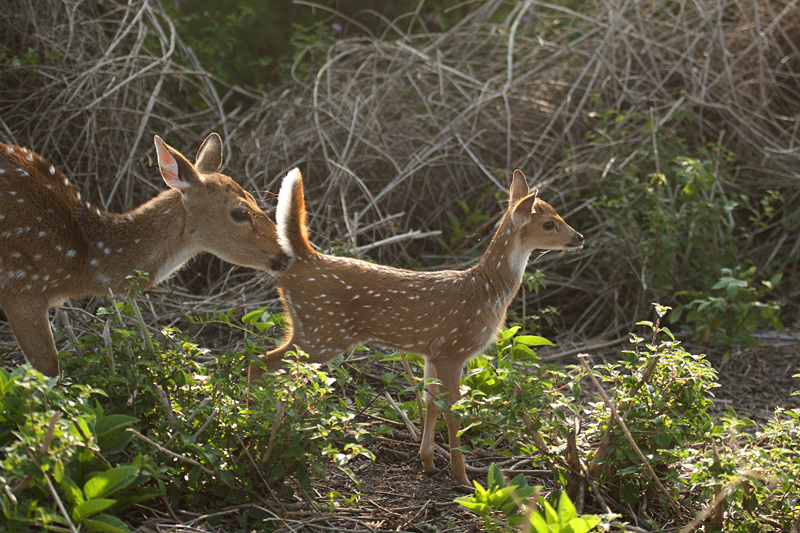