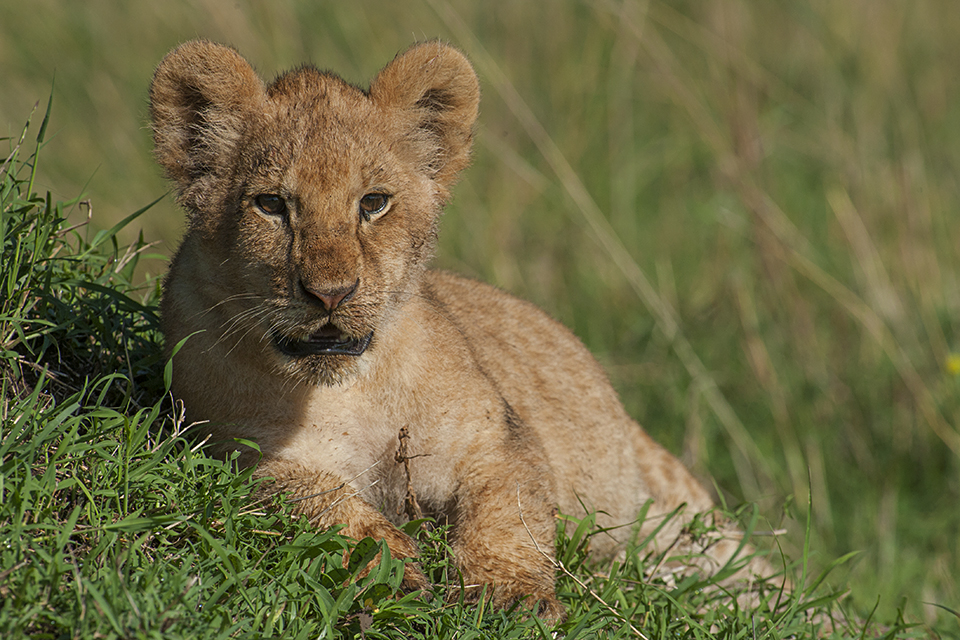 As we waited the Lion Cubs who we featured in a previous post became very comfortable with our presence and took turns to approach our  vehicle. They would come forward till a point and then sit down. 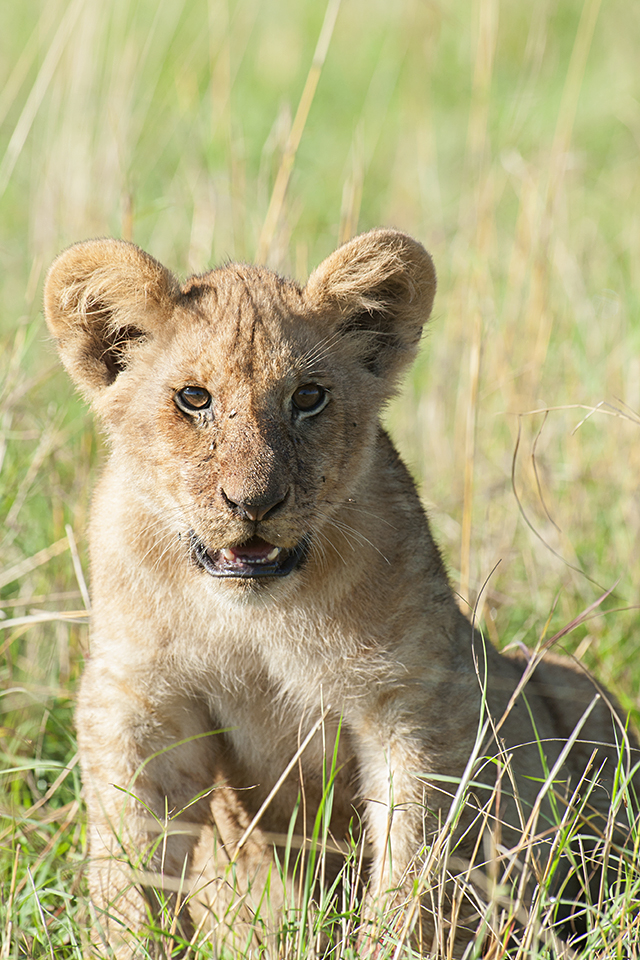 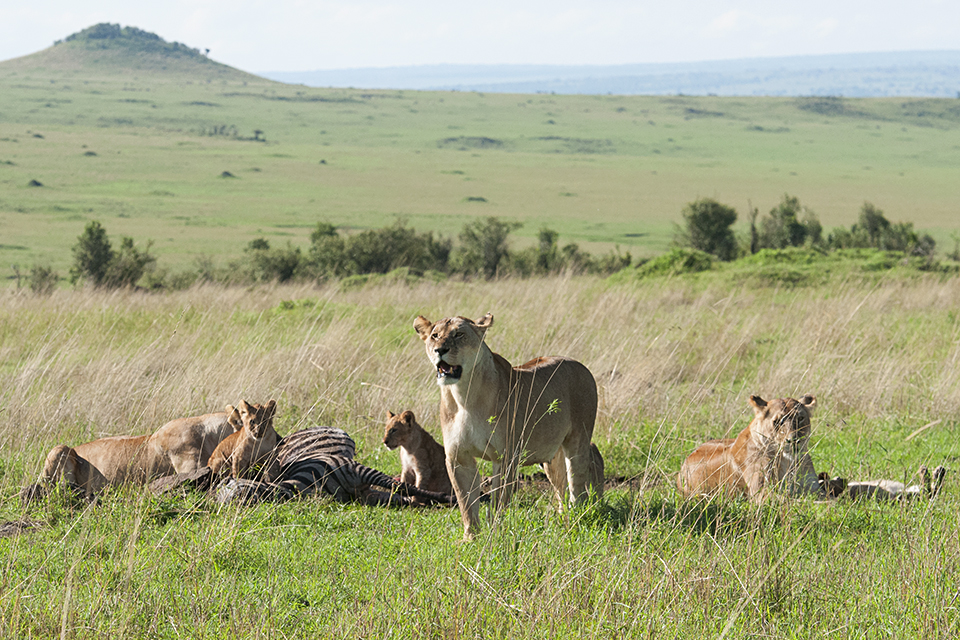 As some of the cubs kept nibbling at the Zebra carcass, the Lioness looked out aimlessly. After a while one of the Lioness moved away from the carcass and settled a little distance way. Soon her sister followed suit, only to sit beside her. In no time both were seen preening each other. 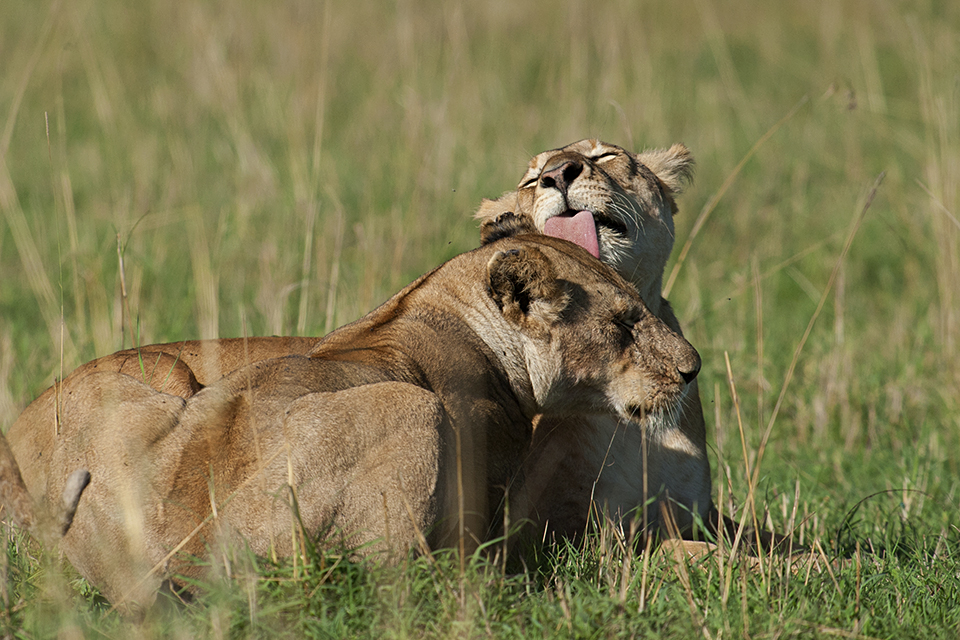 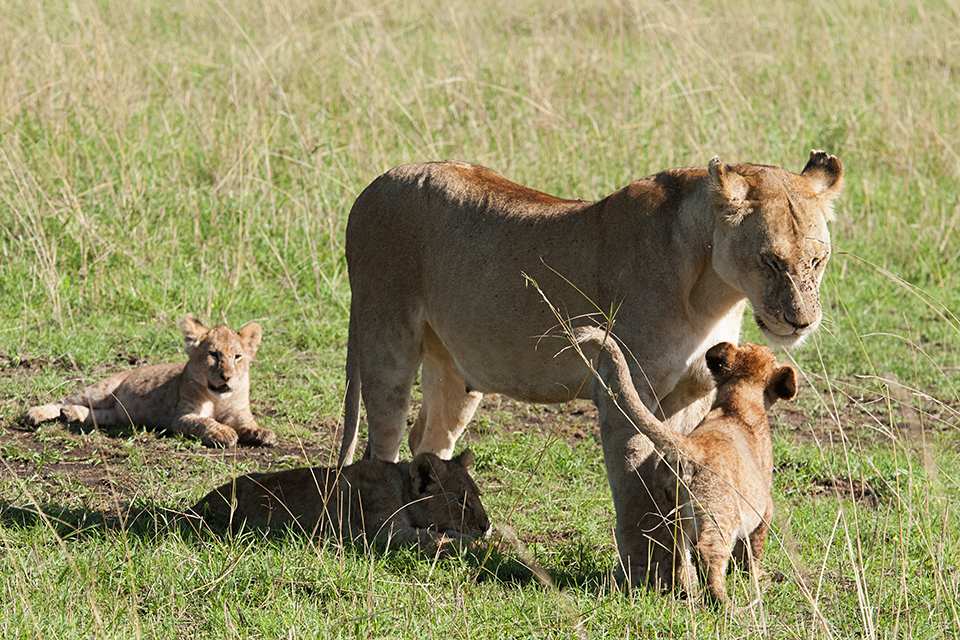 The mid morning sun was now getting warmer and the cubs were becoming restless. It was clear that the Lioness would soon lead the cubs to the shrubs nearby to rest in the shade and off they went one by one. We turned our attention to this last lazy cub that was happy just resting in the warm sun. One of the closeup images was too cute and we used it as the feature image (first image) of this post. 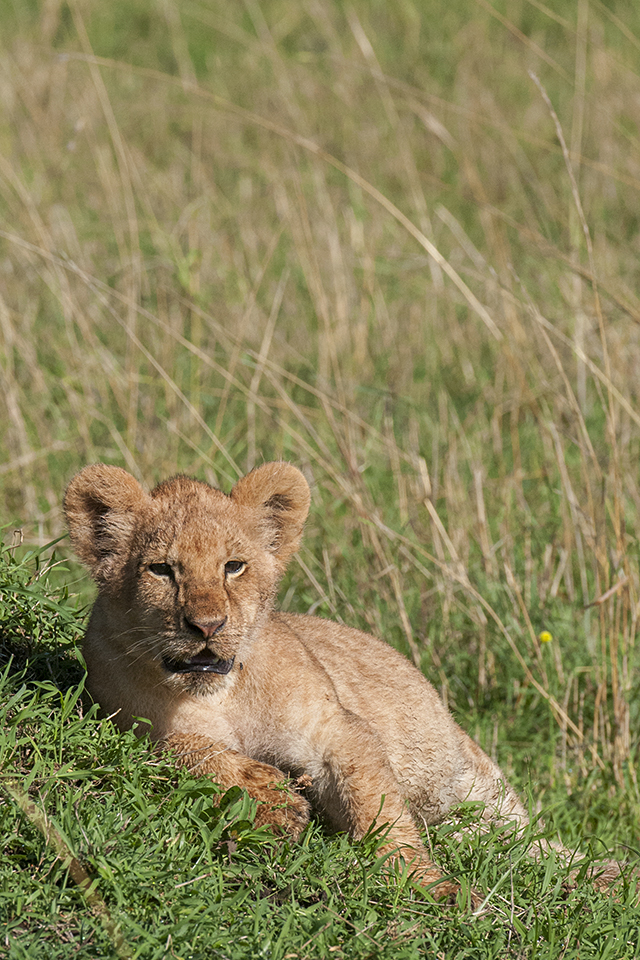 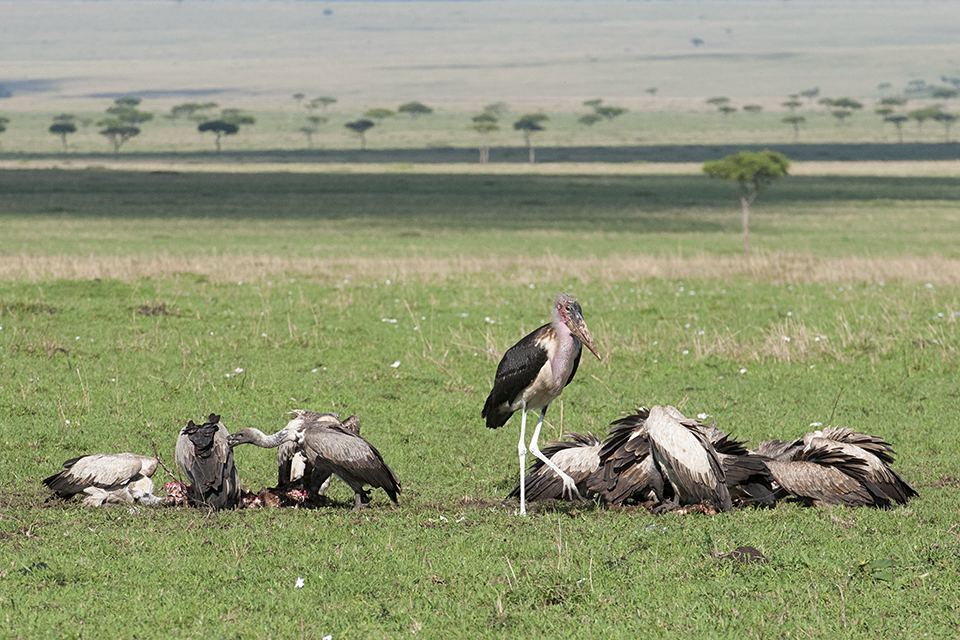 As we headed back to the resort, we passed the Wildebeest kill where we had started our exciting morning safari. The Lions were long gone, leaving the Vultures to squabble over the remains of the Wildebeest carcass while the puzzled Marabou Stork looked on.