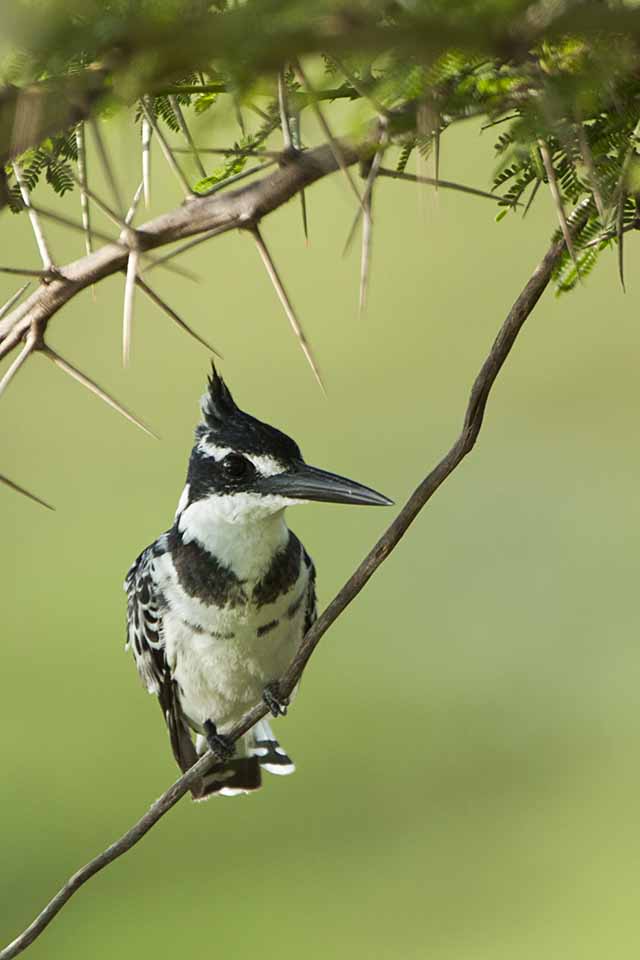 After the hair-raising close encounter with the African Elephant, this game drive through Amboseli National Park quickly turned into a amazing birding safari. We saw a Hadeda Ibis (below) not far away from the road. But the highlight of this post is the Pied Kingfisher (above). We will talk about it a little later in this post. 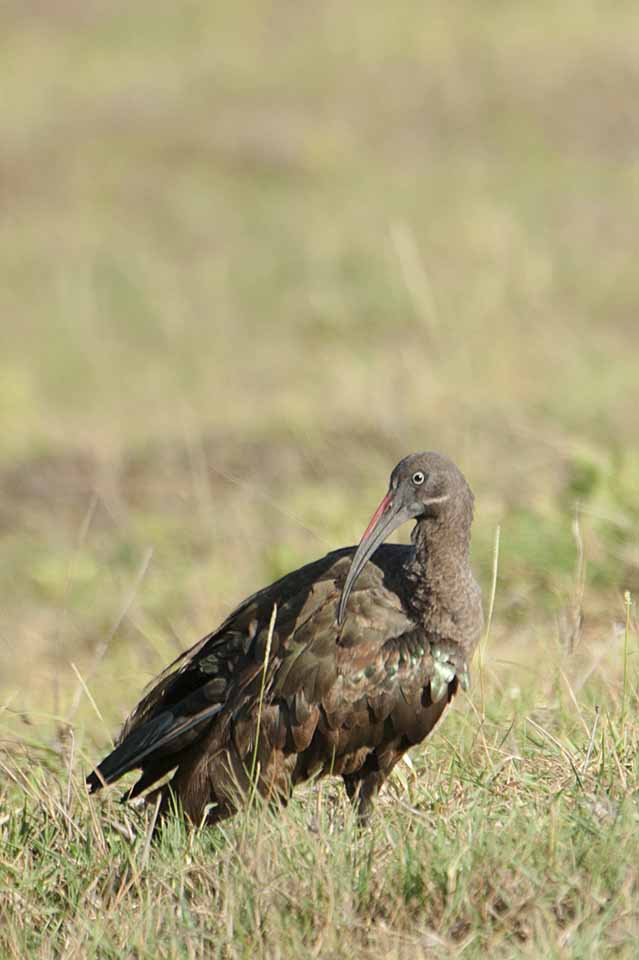 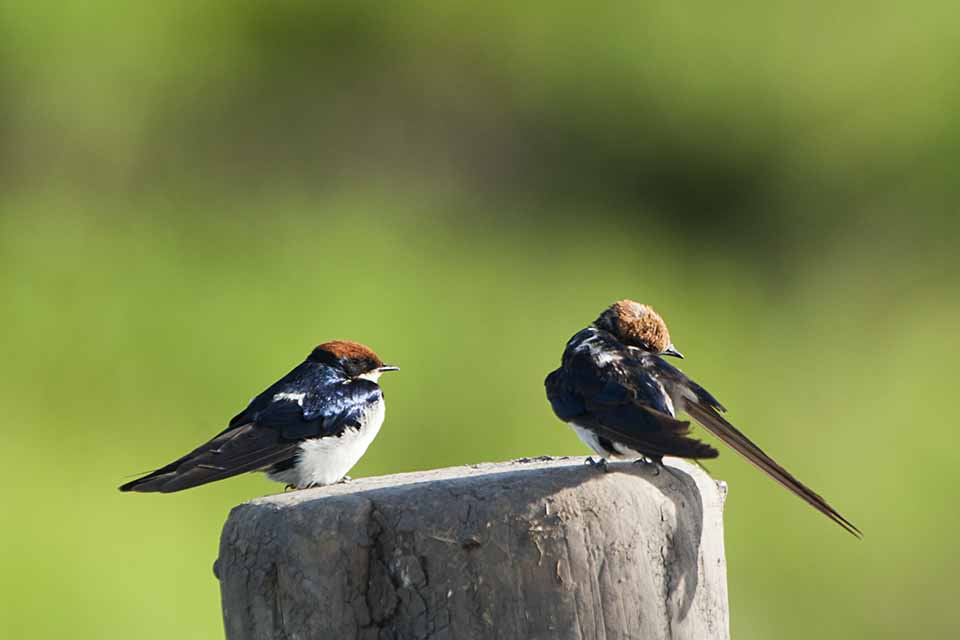 A pair of Wire-tailed Swallows were preening themselves in the morning sun that made a nice composition. And not very far from there we saw a Malachite Kingfisher at arm’s length from the vehicle. We seemed to have caught it during one of its breaks from fishing. We made full use of the opportunity and got some frame filling compositions; couple of them are posted here. 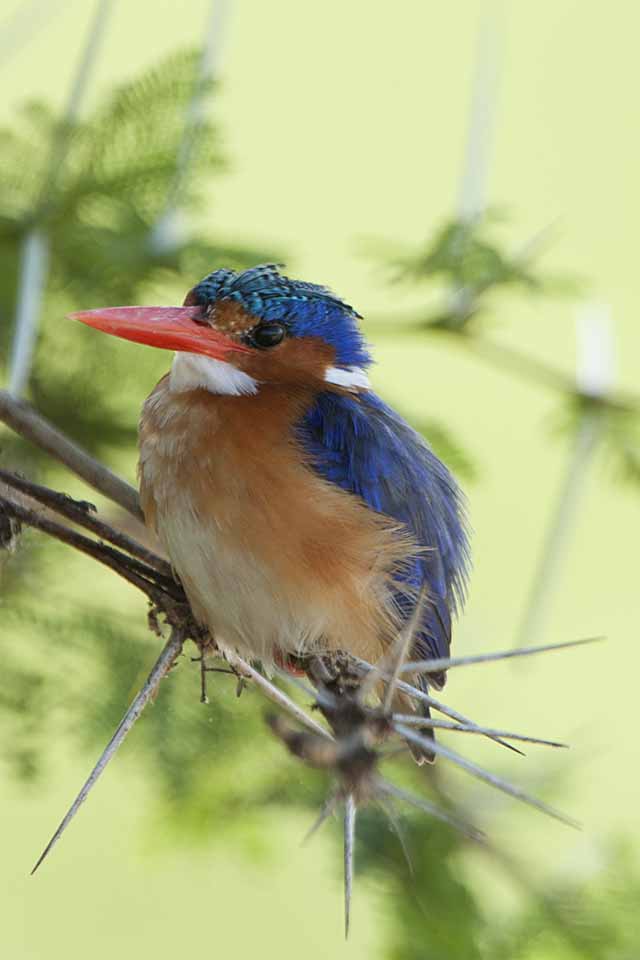 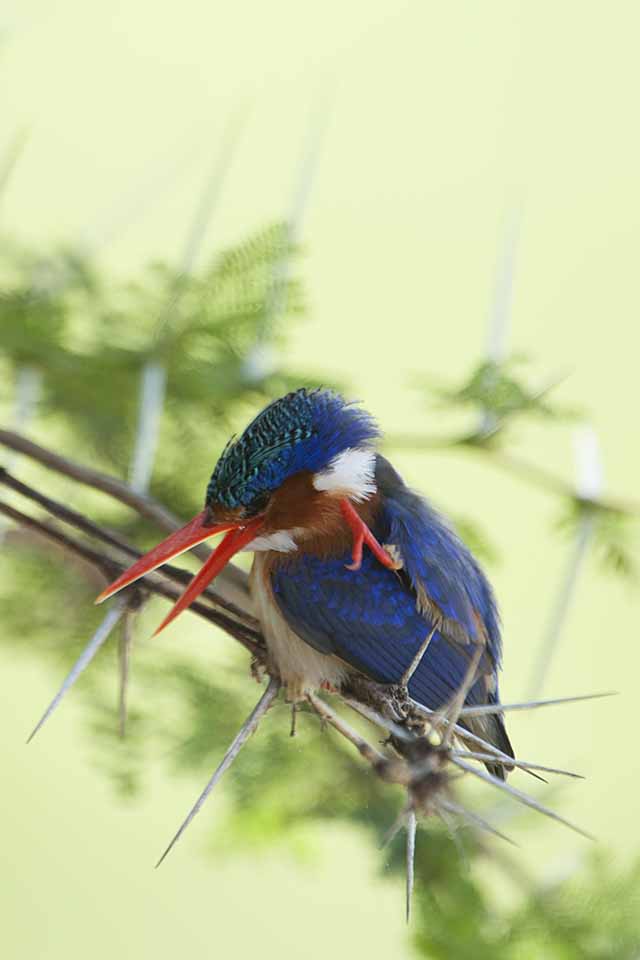 As we moved on, we were surprised to spot the Pied Kingfisher, again taking a breather from fishing, on another branch of the same shrub. We took pictures as the Kingfisher kept coming back to the same branch or thereabouts. And like we said earlier, this was the highlight of the post and so made it as the feature image (first image). 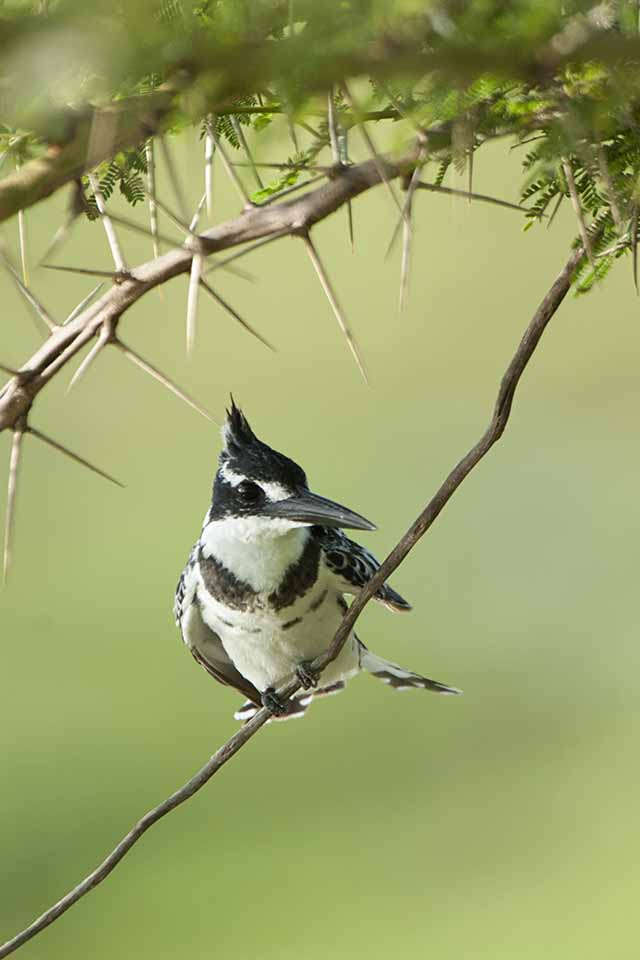