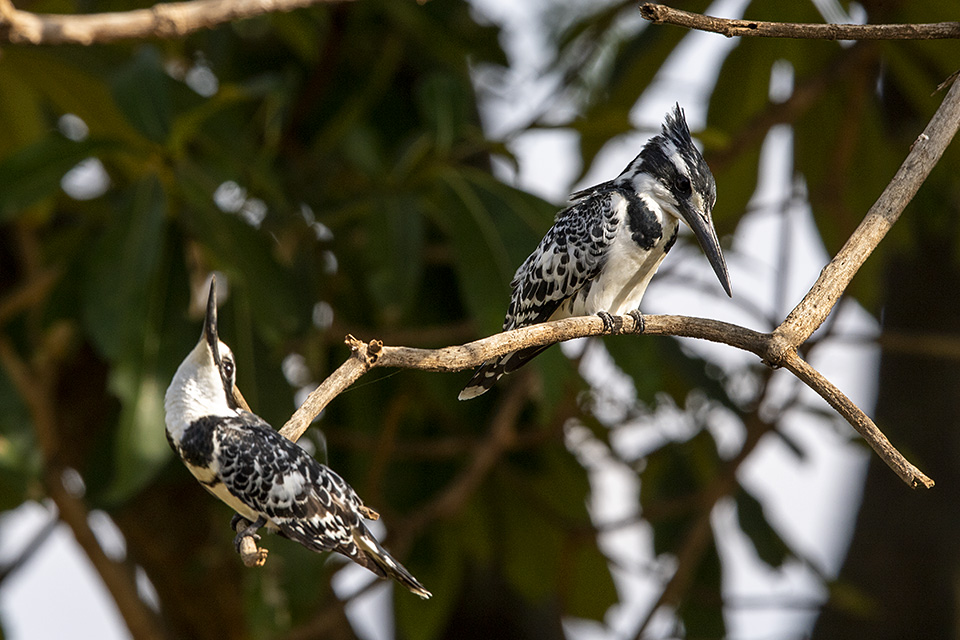 On this afternoon drive into Maasai Mara, we reached the general area known for the African Lion brothers – but they were nowhere in sight. However to our pleasant surprise, we spotted a pair of Pied Kingfishers. This is the last place in the world that I expected to see Pied Kingfishers, and that too, two of them together. So we took a few pictures though the lighting wasn’t that great.

We photographed a Ground Hornbill as it paused to check us out before going back to its foraging duties. And then we heard that a pride of Lions were spotted, not far from where we were and we headed off to get a glimpse. By the time we got to the area, the cubs had gone into hiding. We caught this Lionness that emerged to check if the coast was clear for her cubs.

As she relaxed on a mound of grass, a couple of her cubs made a brief appearance, before going into hiding again.