Portraits of a Cheetah in Masai Mara

The exciting story that we mentioned in the earlier post unfolds something like this. Given that we timed this visit to coincide with the annual migration of the Wildebeest, we got to see large herds of Wildebeest grazing in the Masai Mara Savannah. We stopped by one of them; this image (below) should give you a perspective. 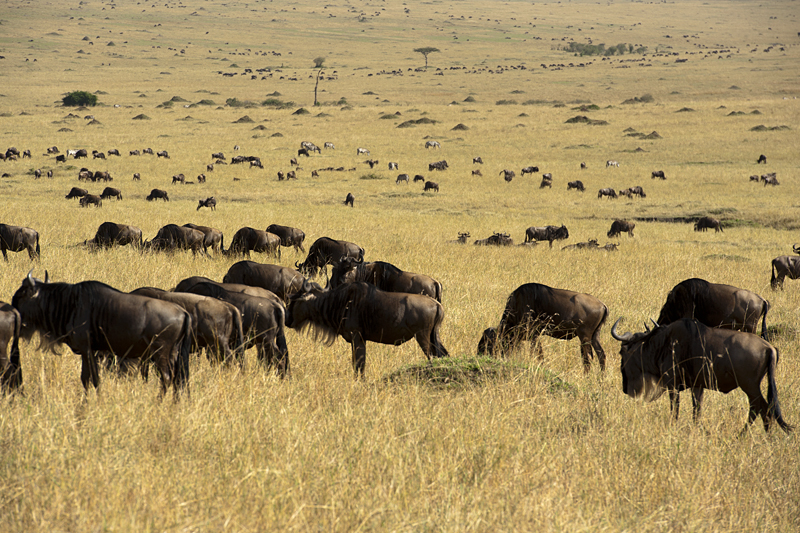 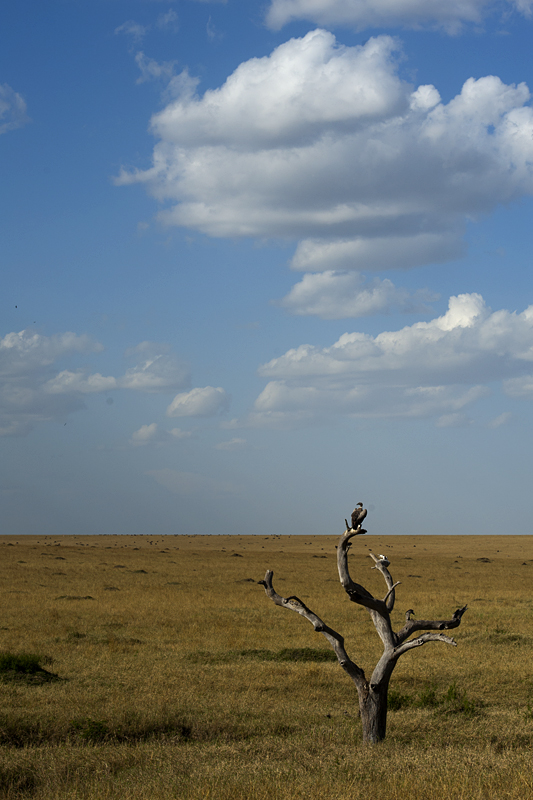 As we moved on, a vulture perched on a tree trunk (above) truly depicted our situation. The vulture was scanning the horizon like we were searching the Savannah for wildlife. Not far away from the safari track, our guide and driver spotted some movement under a shrub. As we got closer, we realized it is the same Cheetah mother and cub (below) that we had spotted the other day. 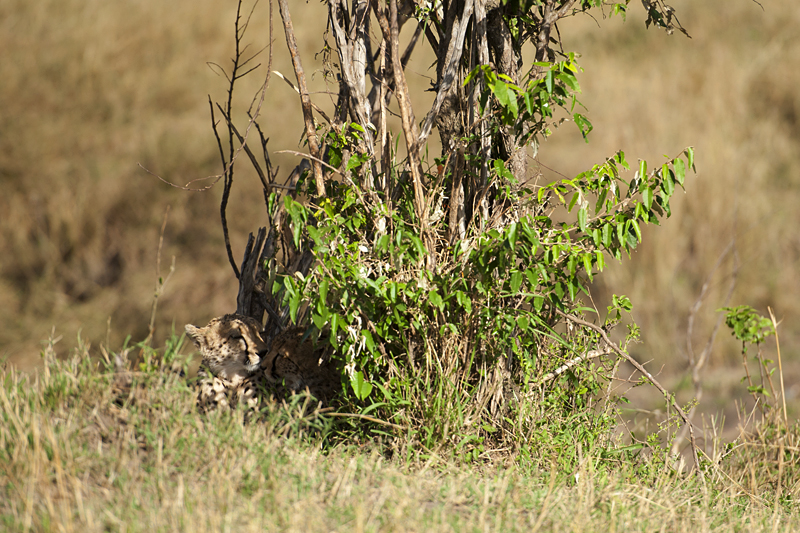 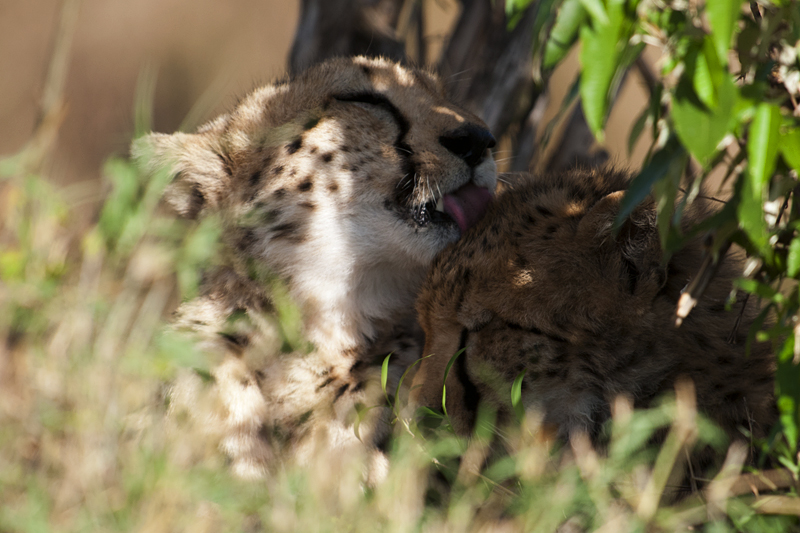 I immediately switched over to my trusted D300, 300mm f2.8, 2xTC setup to catch a glimpse of the love and affection this Cheetah mother had for her cub (above). We observed the behavior of the affectionate mother for sometime and given the reach of the D300, 300mm f2.8, 2xTC we caught full frame portraits of the mother, which made the feature image of this post. We got another cool composition (below) without having to move too close. 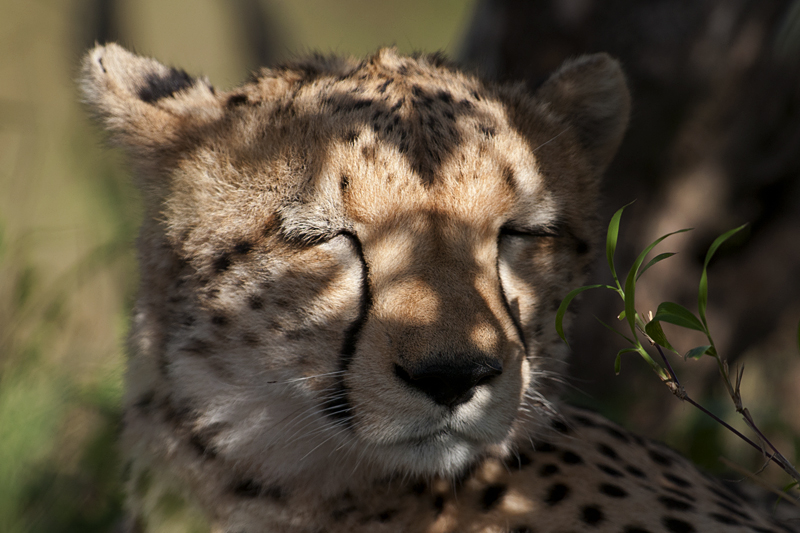 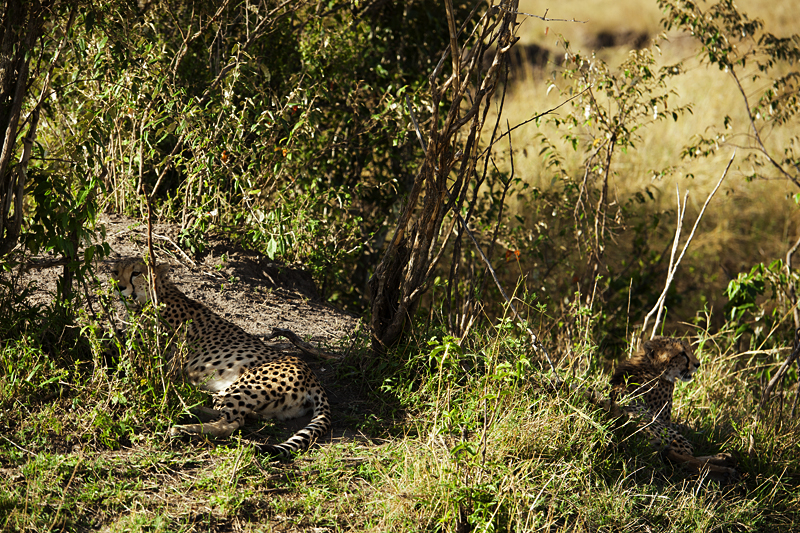 Once the mother realized that their cover was blown, she got a little restless. But the hot afternoon sun kept the mother and cub under the shade (above) for some time. However, after a while, the mother broke cover and headed for a termite mound out in the open giving us this parting look (below). Did I say parting look?! Watch out for more on this spectacular sighting in our next post. 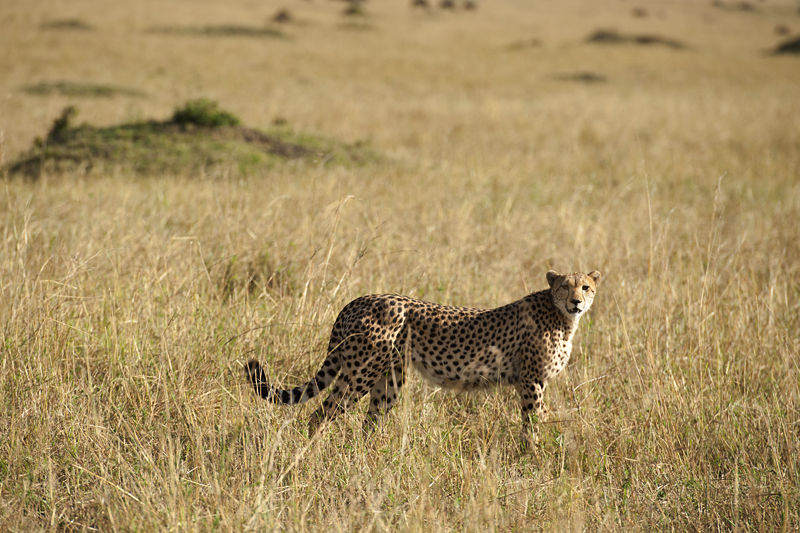