Portraits of Stork-billed Kingfishers in Kaziranga 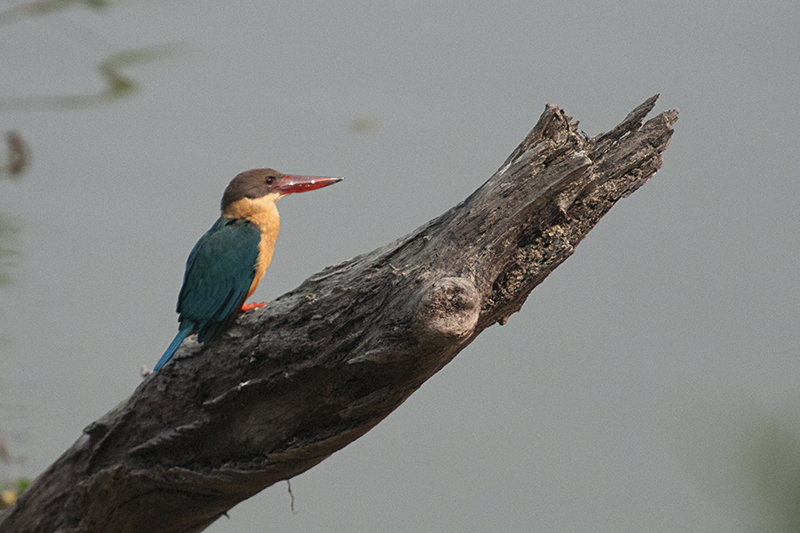 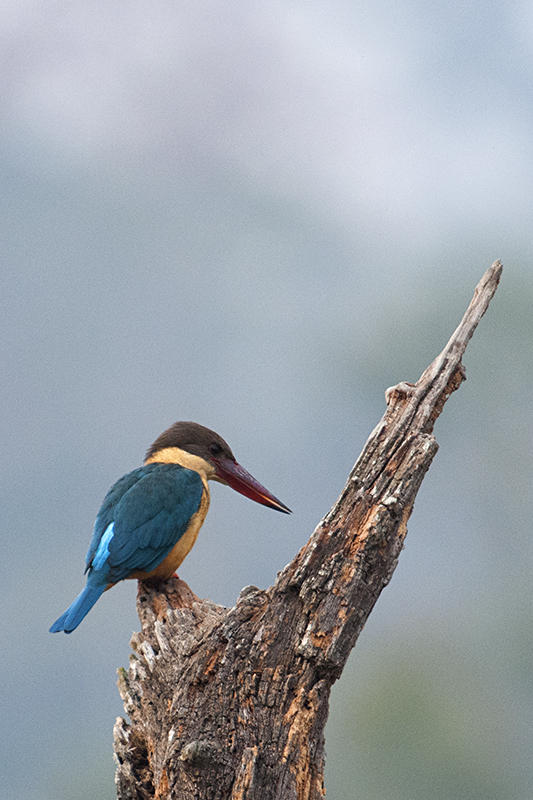 We saw it couple of times on subsequent safaris, but it would fly away every time we got within camera range. Finally, another Stork-billed Kingfisher gave us a few record shots. But when we drew closer, it too flew away. This perch with clear background as you see, was perfect for photography. And we could always spot a bird sitting on it from quite a distance away. So we made it a point to cautiously approach this perch every time we were in this area of Kaziranga. 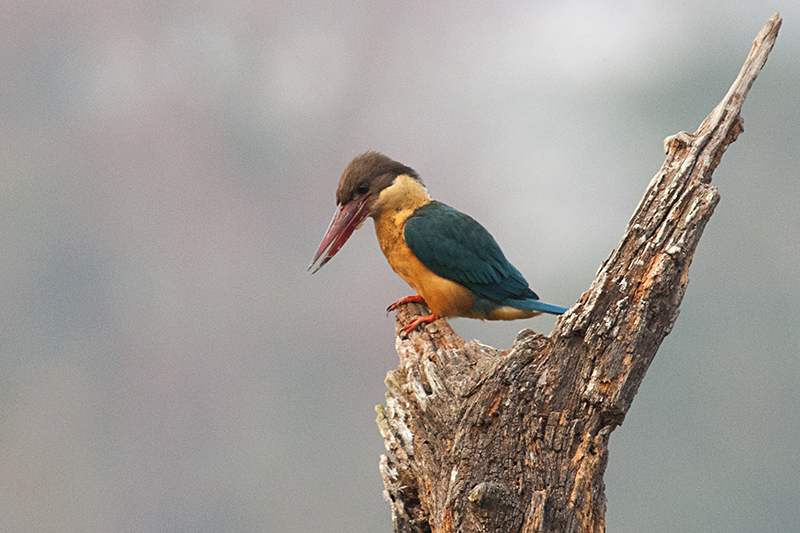 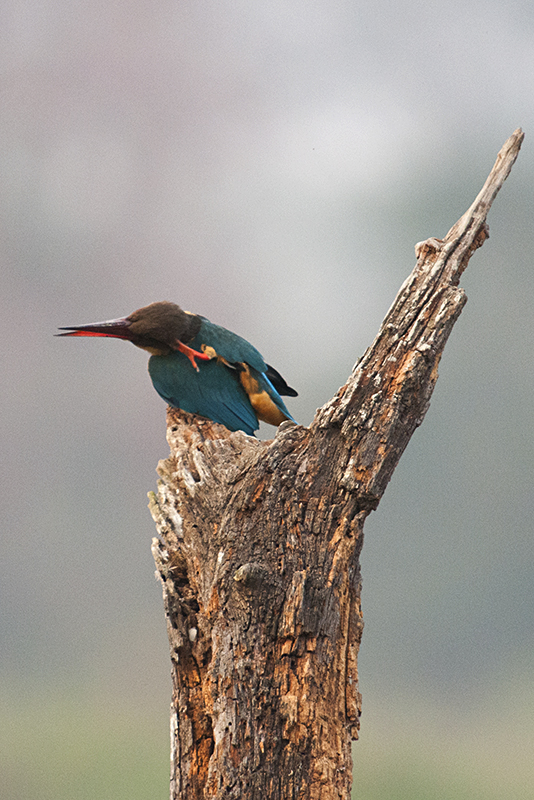 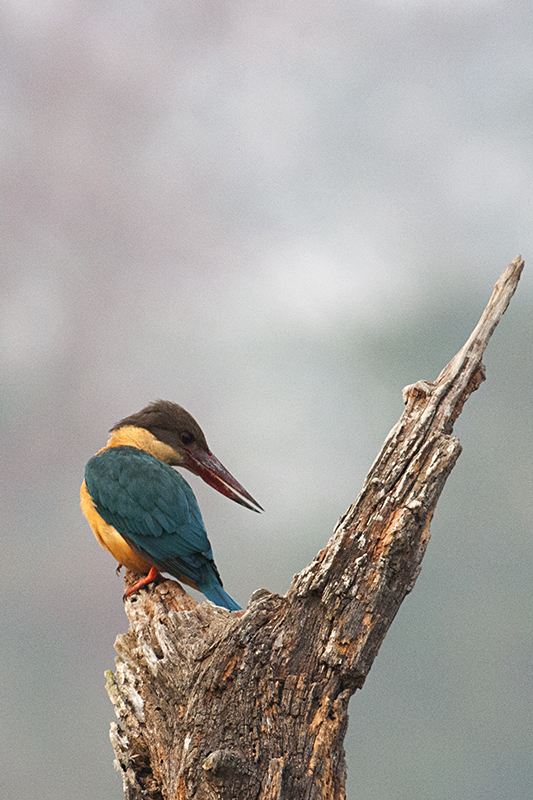