Portraits of the Alpha male in Lion-tailed Macaque society 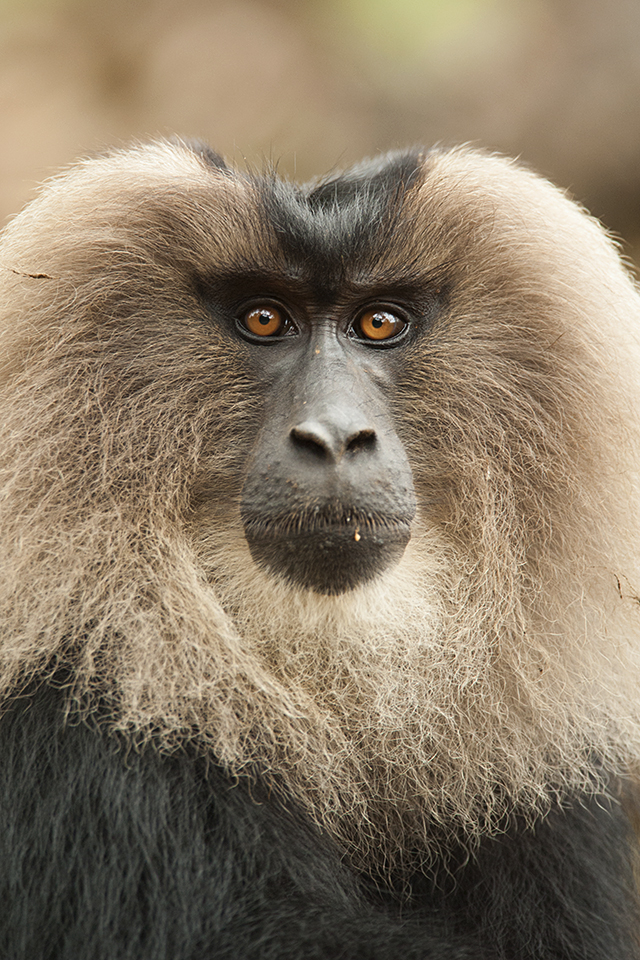 While we enjoyed watching the antics of the Lion-tailed Macaque troop in the tea plantation, the Alpha male of the troop finally appeared and he was completely at ease with us around the troop. He sat right there in the open and kept a vigil over his troop. His top of the hierarchy confidence was there for all of us to see. I quickly got close to him and captured a few pictures (like the one below). 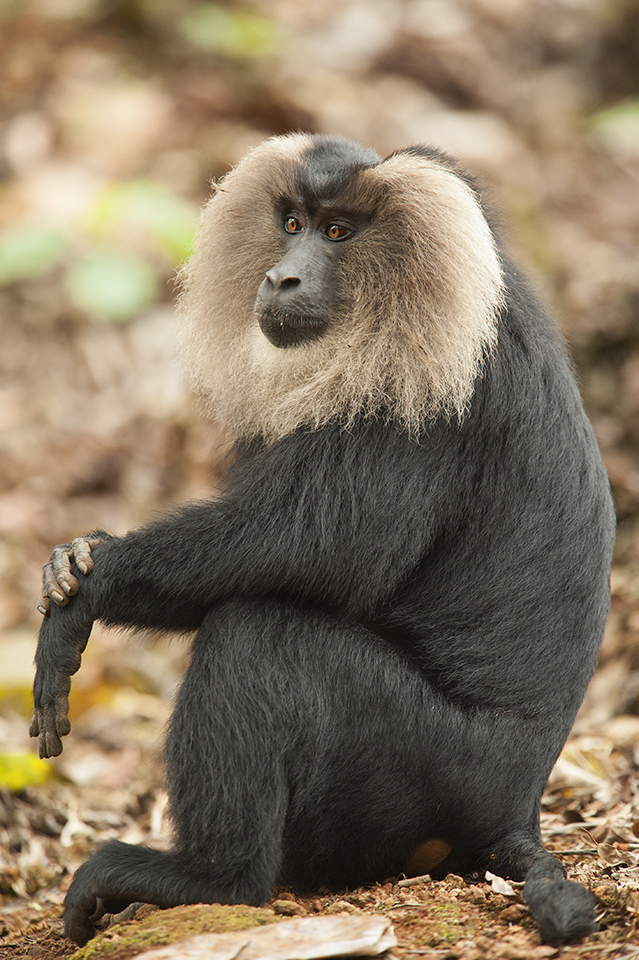 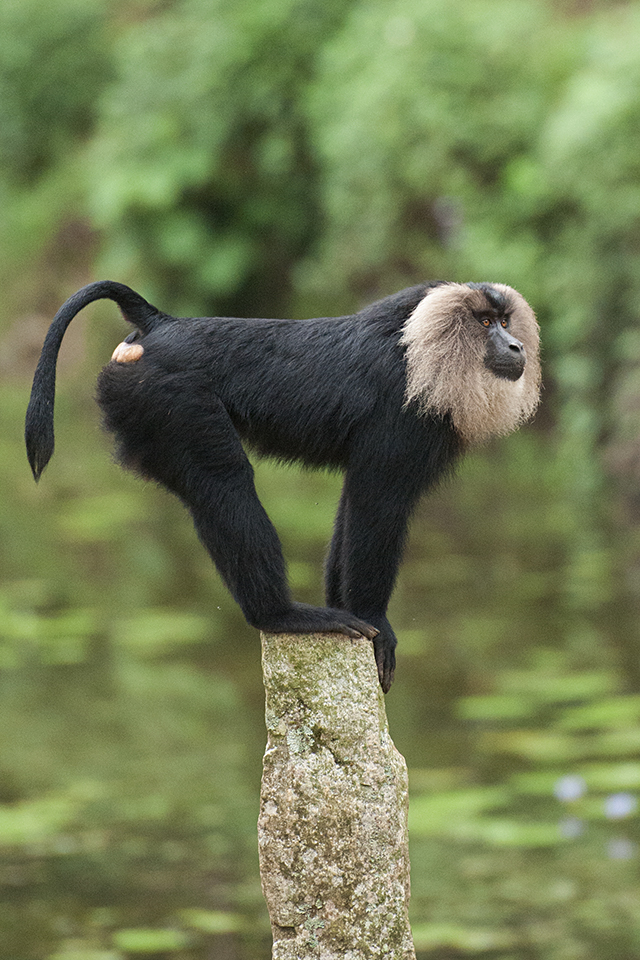 He then went over to the pond nearby to quench his thirst and after that he stood on top of the pillar and I captured his pose that shows you why these Macaques are called Lion-tailed Macaques. The alpha male came back to the clearing and sat down exactly where he was sitting earlier. Given that he was very close to me, I had the opportunity to witness some breath-taking poses. I hope I have been able to do justice to his amazing expressions. 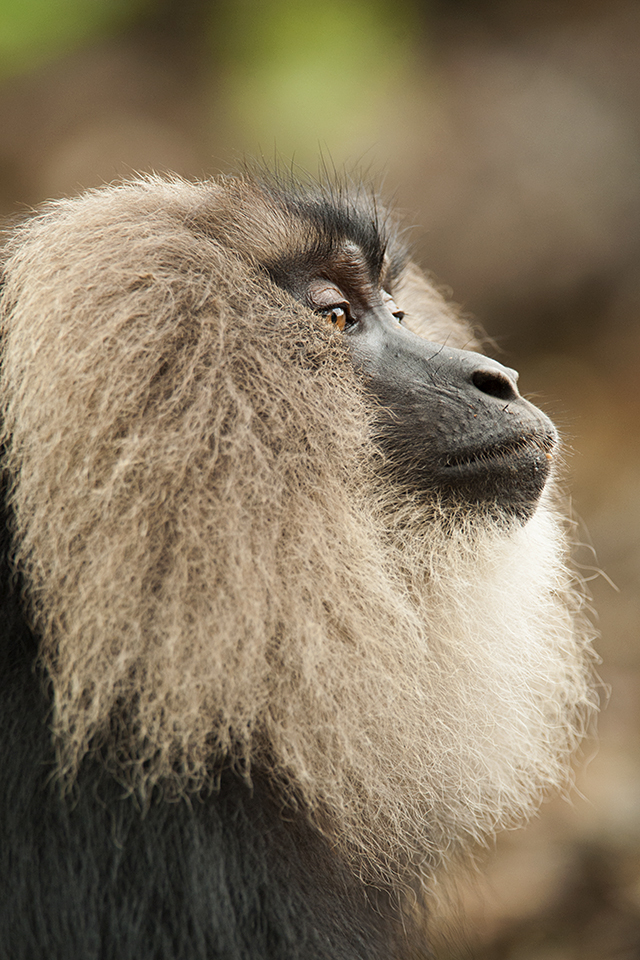 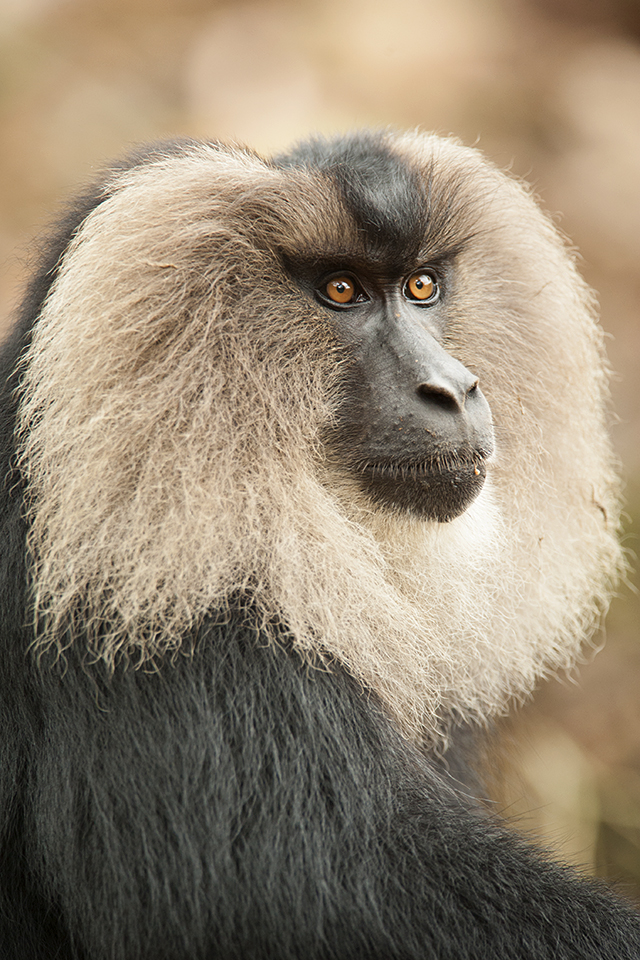 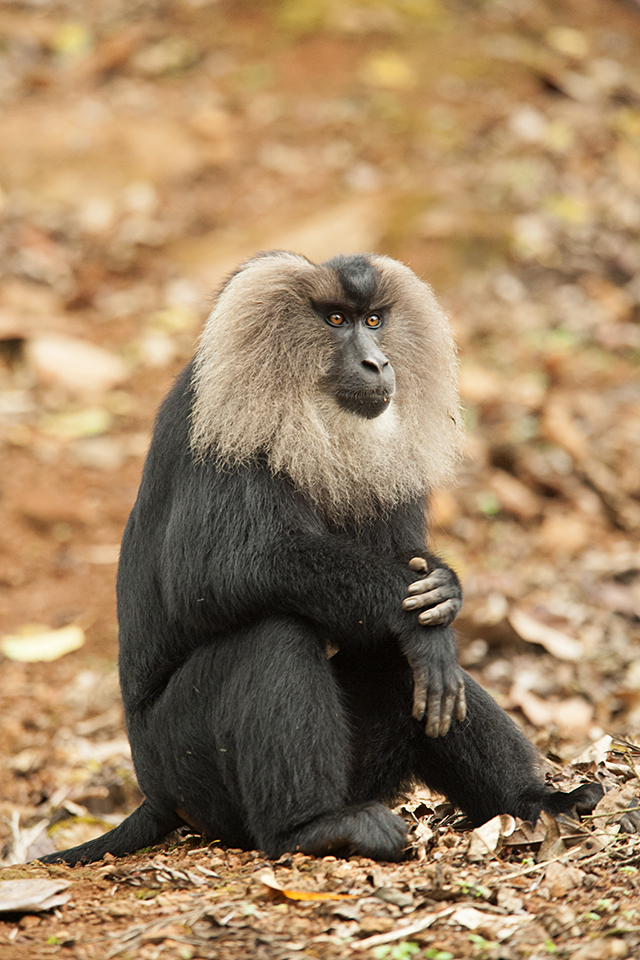