Portraits of the scar face King in Masai Mara 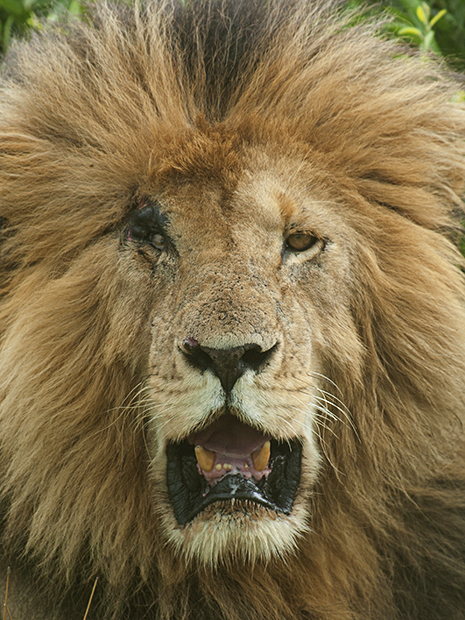 We had caught glimpses of the huge African Lion aptly named Mr.Scar face in the mid morning sun before he hit the snooze button. So during our afternoon game drive, we were eager to see what he was up to and headed out straight to the area in Masai Mara were we had spotted him in the morning. Lucky for us we found him fully awake and sitting right in the open. He seemed a bit uncomfortable with something as he kept looking into the open grassland on the other side. 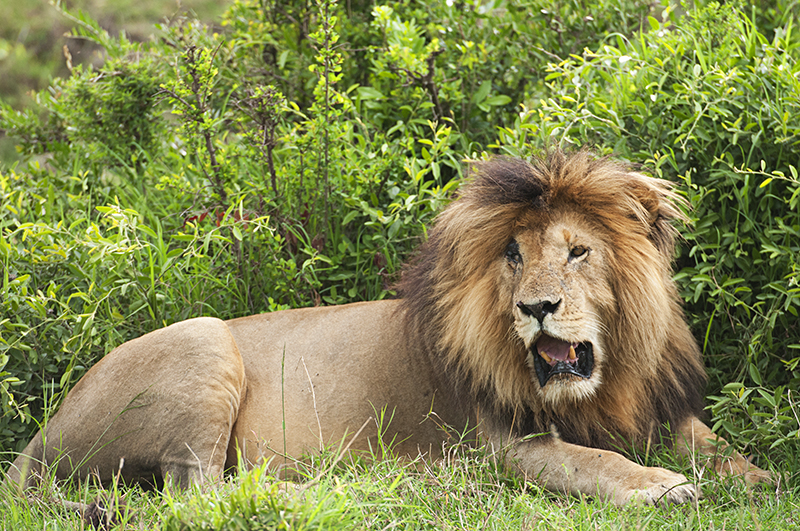 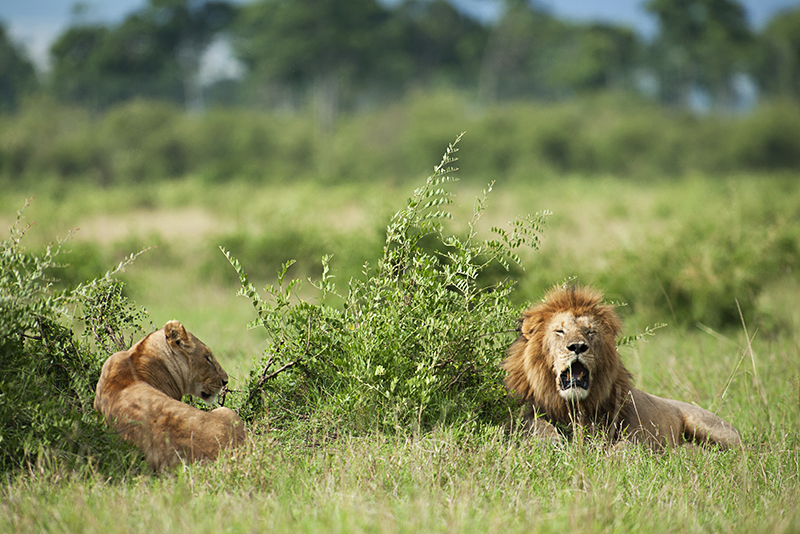 When we turned around, we spotted a pair of courting Lions. Emanuel, our driver-naturalist, was quick to point out that it was Mr. Scar face’s brother who was courting the Lioness. Even though it was his brother, Mr. Scar face was still not at ease with the situation since it should have been him who should have been courting the Lioness instead of his brother! His helpless situation was obvious when he turned around to look at us. 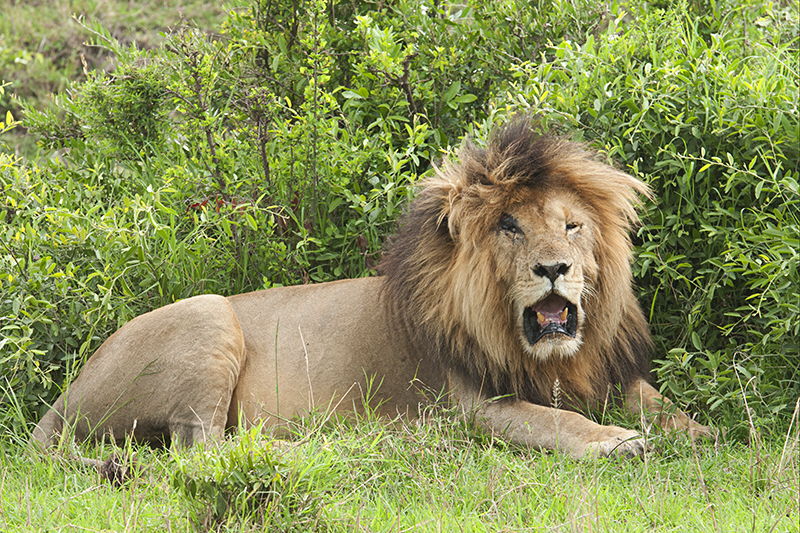 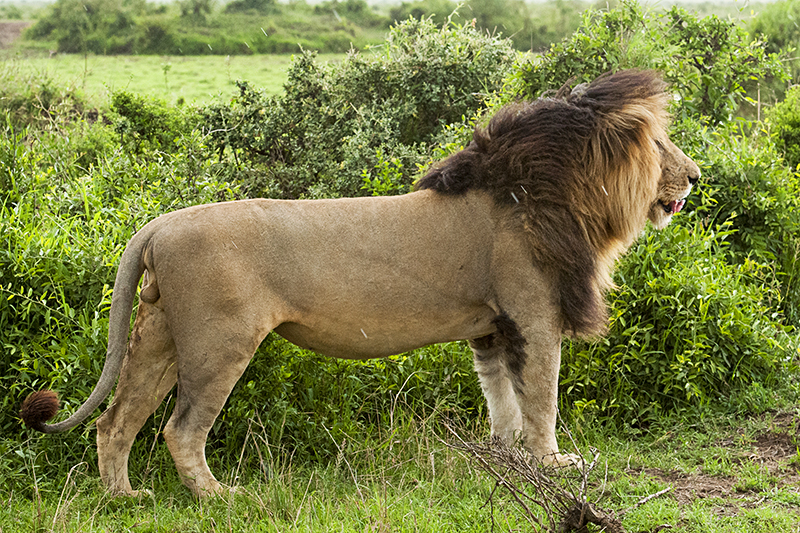 The wind suddenly picked up and we realized that we might be in for some light showers pretty quickly. The swirling winds made a mess of Mr. Scar face’s mane and we captured that expression as the feature image (first image) of this post. Soon it started drizzling and the courting Lion couple got up and moved further away into the grassland and Mr. Scar face got up to check if they were still within monitoring distance. Soon it started raining a little more and the strong wind made it seem heavier that it actually was. Mr. Scar face turned his back to the direction of the wind and settled down to sit through the rains. 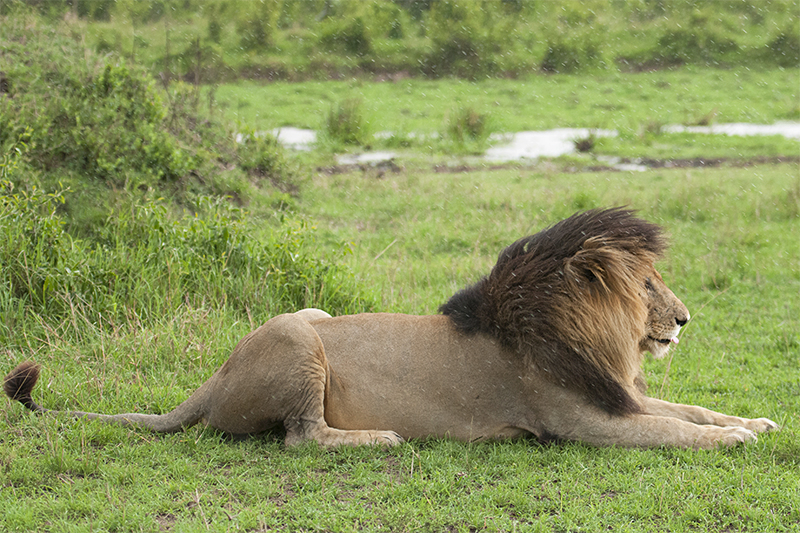