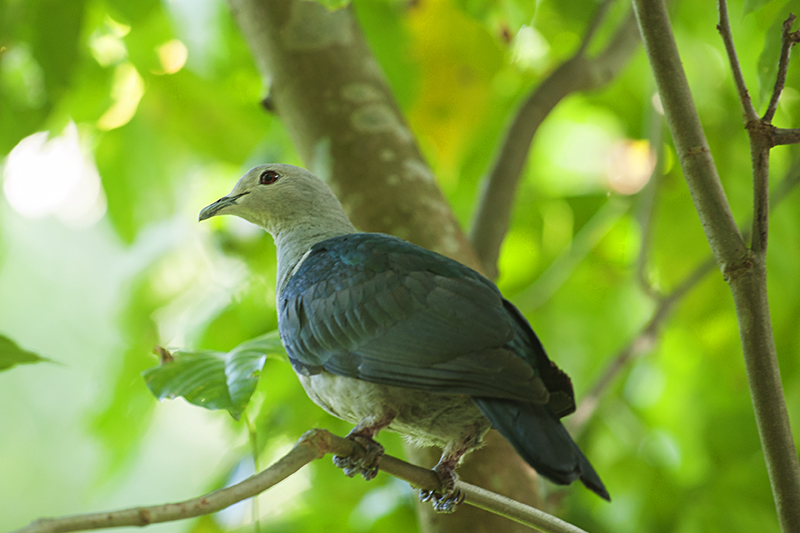 After a full day’s rest, I headed out on my first birding trek at Barefoot resort in Havelock Island. About 15 minutes into the trek towards Niel’s Cove, I soon realized the weight of my arsenal, namely – my D700, 300mm f2.8 lens with 2x TC, Manfrotto tripod setup. As I put down the setup to take a break, I noticed something hurriedly disappear into the forest floor. I thought it was a Monitor Lizard. A little ahead, I was greeted by the familiar call of a White-breasted Kingfisher. There were two of them, and after a few minutes of waiting one of them came down to ground level and I captured it in an eye-level composition. 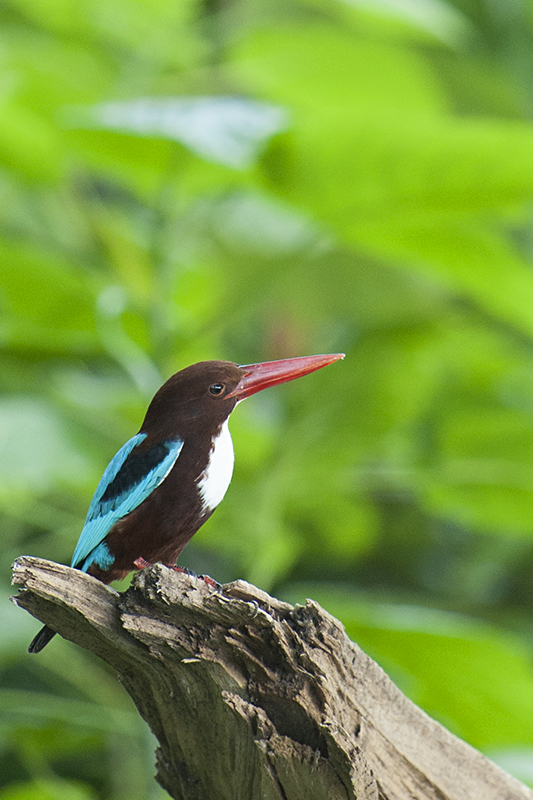 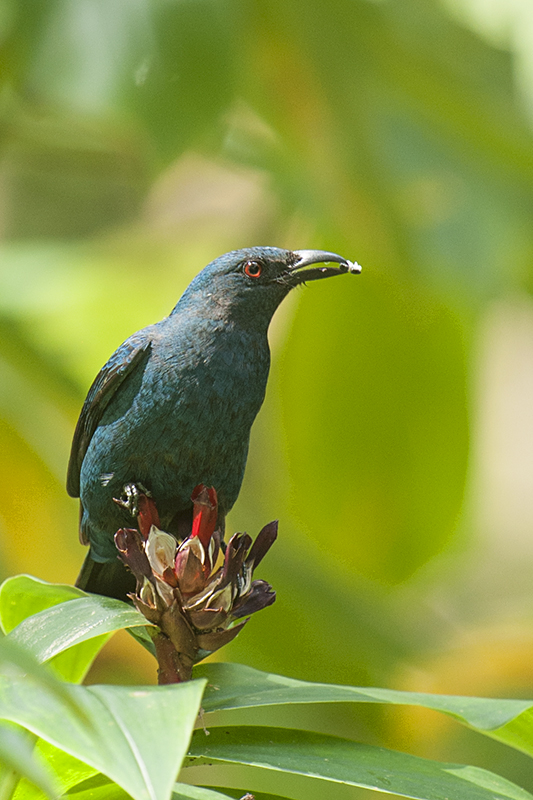 The one hour recce trek yielded only this, given that the trees were so tall and most of the birds were perched high up in the canopy way beyond the reach of any camera. I returned to the resort drenched in sweat, thanks to the hard labour of carrying my camera setup. After breakfast I walked around the resort property and got my first pictures of the Asian Fairy bluebird. The cacophony of bird calls that filled the resort property was a clear giveaway that this was a birding paradise and I decided to spend more time next day morning at the resort itself. My decision was aptly rewarded with a record shot of the Black-naped Oriole. 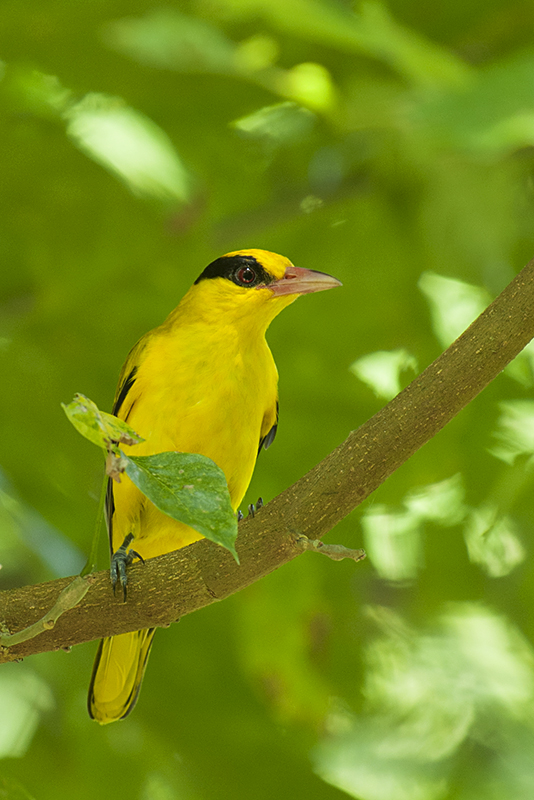 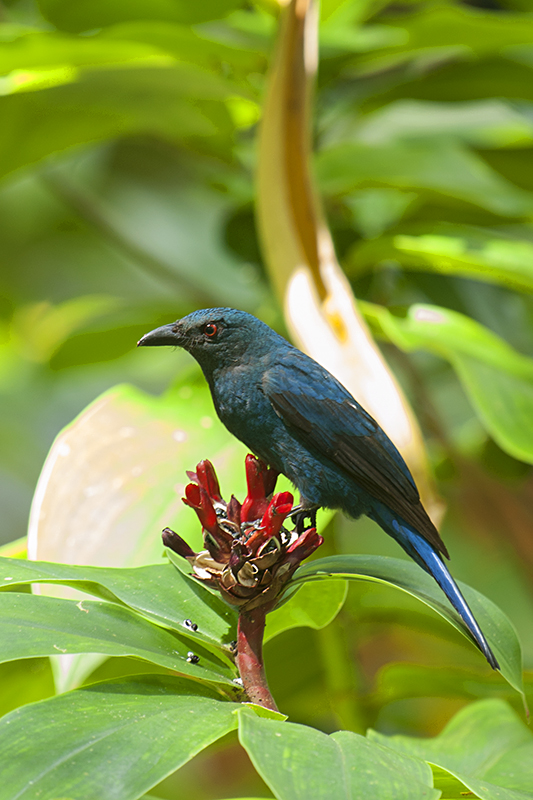 I also photographed a couple of Scarlet Minivets (not post-worthy though) that were foraging high in the canopy. Then another Asian Fairy bluebird came flying and perched close by and I managed another eye-level frame. Sanjit, one of the directors at Barefoot and a wildlife enthusiast, pointed out that Green Imperial Pigeons are daily visitors to  Barefoot given their attraction to the Fish-tail Palm fruits.  As I was finishing my lunch, a Green Imperial Pigeon flew by and perched on a tree close to the reception area. I setup my camera and waited and waited and waited, but it just did not come down to feed. Seeing my passion for bird photography, Sanjit also pointed out that one of the days I should go to the rocky stretch of the beach where I might find Collared Kingfisher. I made a mental note of it. 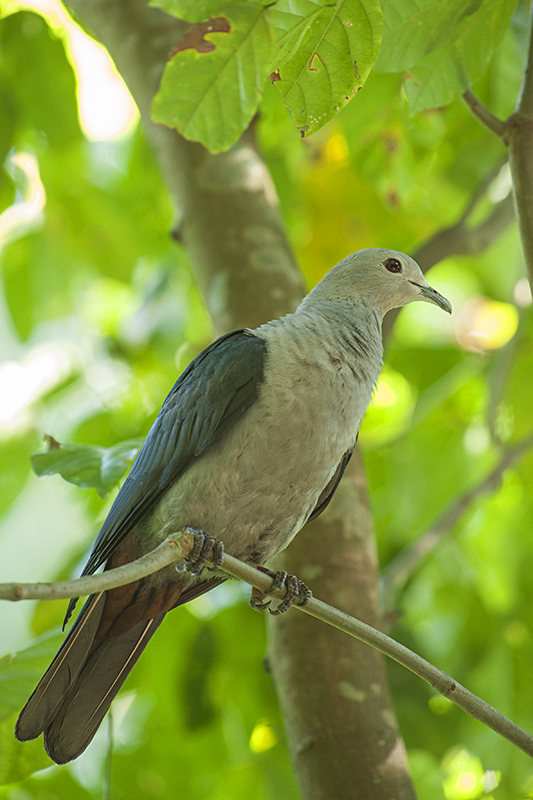