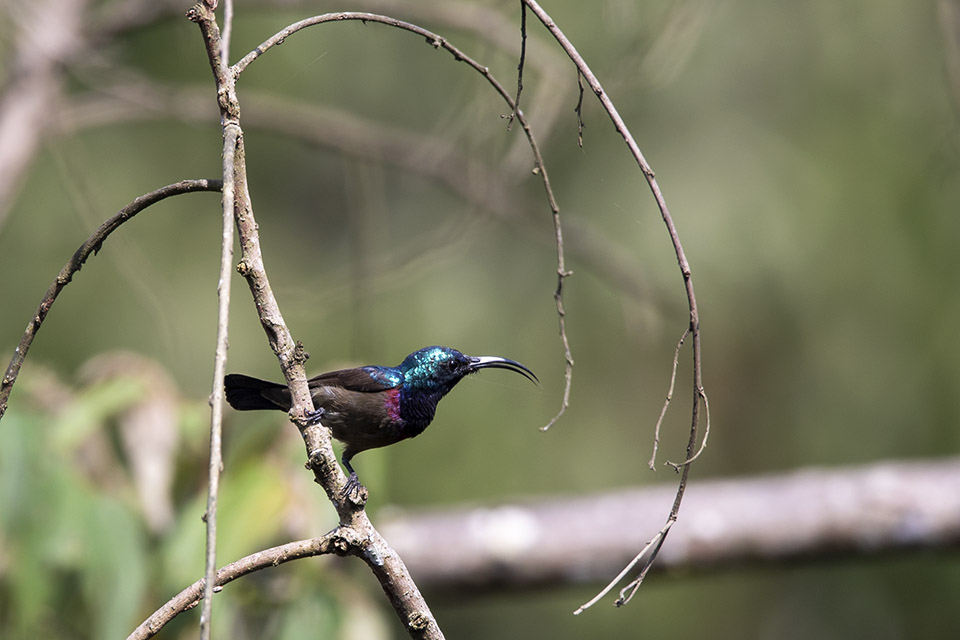 This was one of those morning birding sessions at Coorg Wilderness Resort that yielded rich dividends. I saw many species of birds and was successful in capturing pictures of a few of them too. However, the highlight of the morning was this Loten’s Sunbird, which first perched on a distant tree and then later came pretty close to the Suite balcony.

The Malabar Parakeet and the Hill Myna didn’t get too close and I managed record pictures only. However, the Gold-fronted Leafbird came much closer for a nice composition.