Amboseli National Park and few of its residents 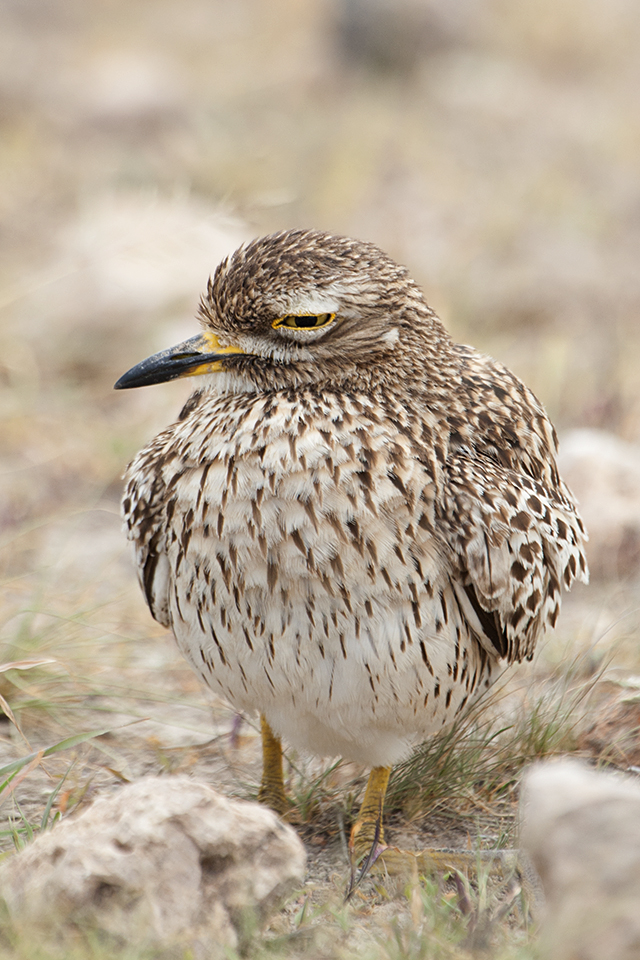 We arrived at Amboseli National Park in the morning and were quickly transferred to the Amboseli Serena Safari Lodge for a late breakfast. While having breakfast, I noticed a flock of tiny birds foraging next to the restaurant area. I checked my bird book and found them to be the Red-billed Firefinch. I came back with my camera setup and settled next to the area close to the birds. But these skittish fellas allowed me only record shots. 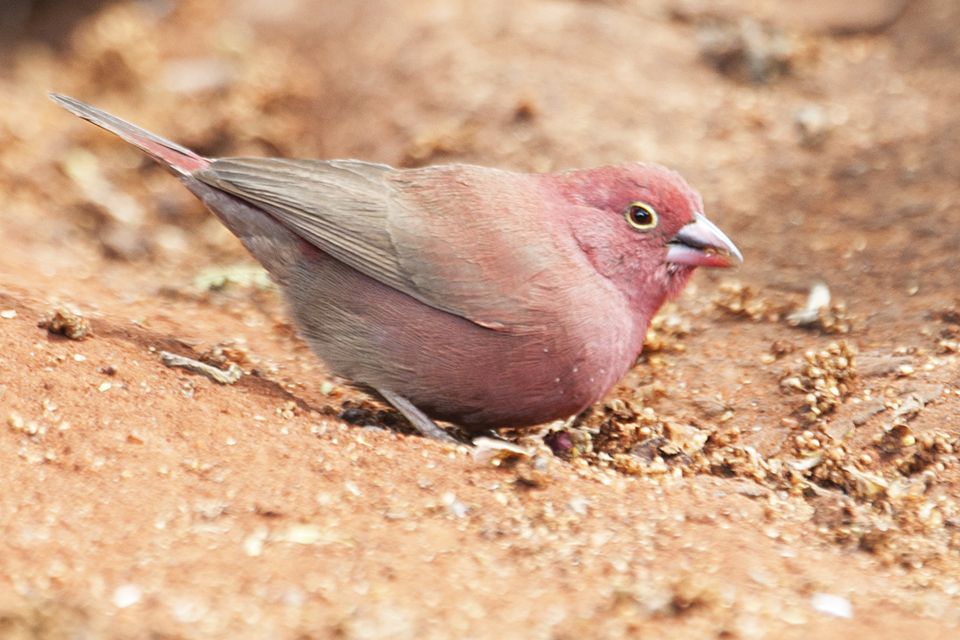 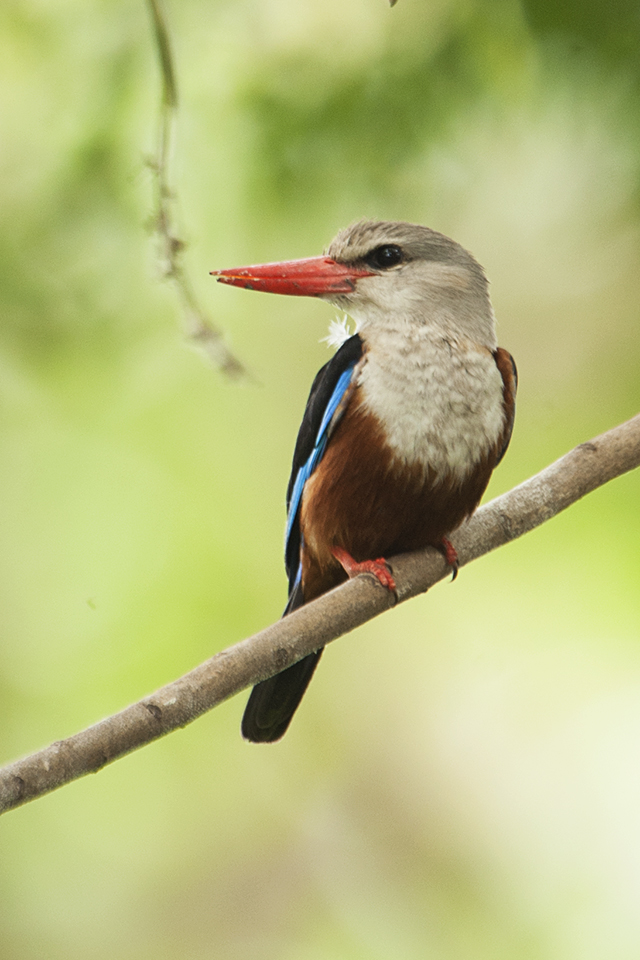 I came back to the room and put up my feet to relax in the sitout behind the room only to be surprised by a Kingfisher that came and perched on a branch close to the room. I ran into my room, grabbed my camera and took a few handheld record of the beautiful bird. I made a mental note to get some good pictures of this species during my stay at the lodge. We headed out on our maiden game drive in Amboseli National Park and quickly noticed high traffic ahead. When we got to the location, we realized all the commotion was on account of a pride of African Lions that had settled at a fair distance from the road. Joseph (our driver and guide) was quick to point out that Lions were a rare sighting in Amboseli and hence the excitement to see them. We took a couple of record pictures before moving on. 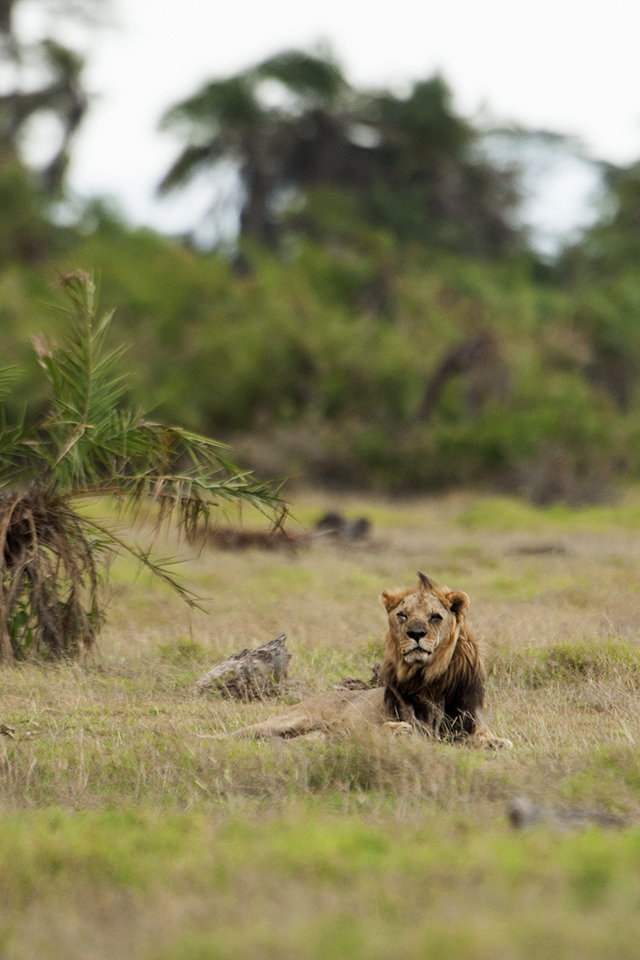 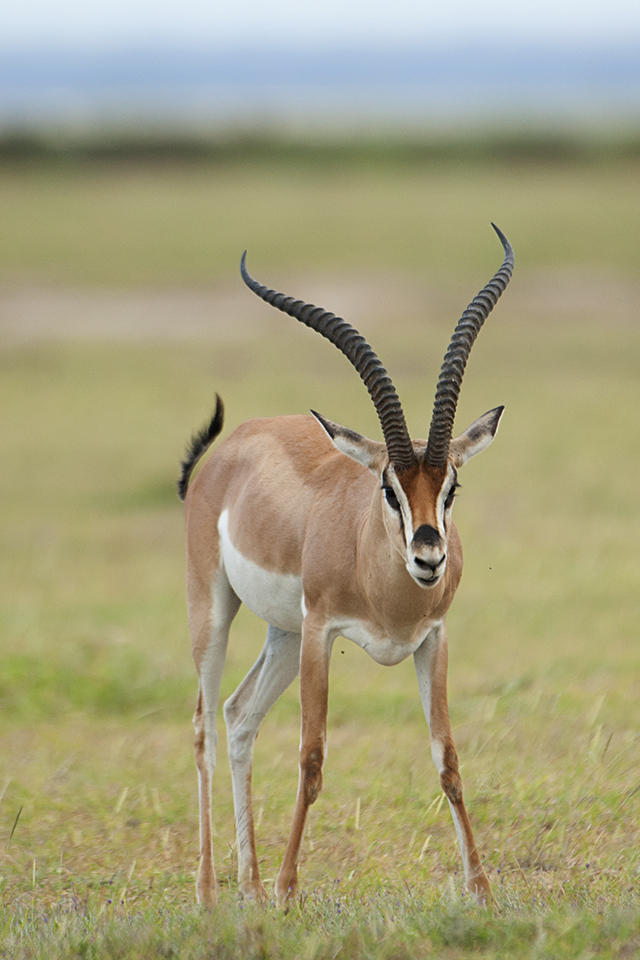 A little further ahead, this handsome male Grant’s Gazelle was proudly displaying his armor and we took the oppotutnity to get a good picture of him. I also pointed out to Joseph that we were keen to get pictures of birds as well and almost instantly he turned around and pointed to something by the side of the road. It took us a couple of seconds to spot the Spotted Thick-Knee. There were a couple of them, and both were incredibly well camouflaged. 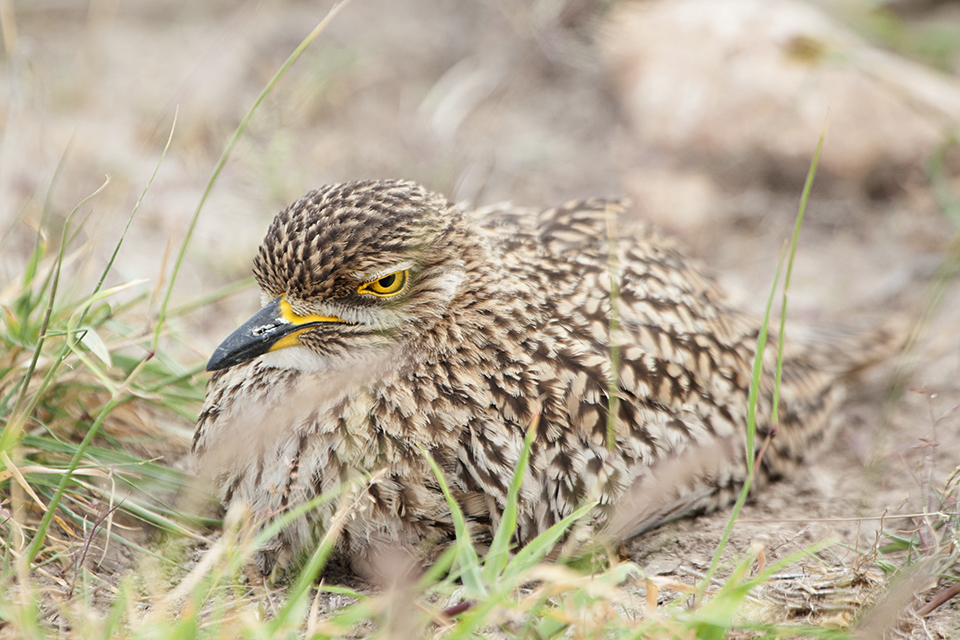