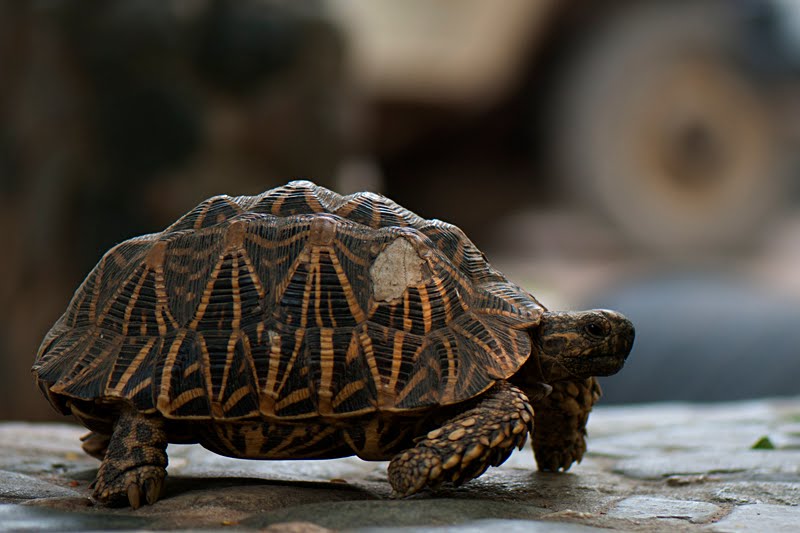 The Indian Star Tortoise is considered to be one of the most beautiful Tortoises in the world. The distinguishing radiating pattern on their carapaces make them the most sought after amongst Tortoise enthusiasts. Our first sighting of this beautiful species happened while we were at the Leopard’s Lair resort in Bera, Rajasthan. We were relaxing after lunch with some friends at the resort when we saw this beautiful subject slowly walking along the pathway to the cottages in the resort.

Not wanting to let go of the opportunity, we decided to take some pictures. However, as soon as we got close to it, the Tortoise retracted its head and limbs into its shell and laid motionless for almost 10 minutes. After a while, it slowly gave us a peek, but soon again retracted back into its shell. This hide and seek continued for a while. And then we understood that it was spotting us by sight and the only way that we would be able to photograph it would be to be out of its range of vision. So we hid behind some bushes for about 5 minutes and soon enough we saw the Tortoise come out of its carapace and resume its journey to the pond, which was right at the other end of this pathway.

Photographing this Star Tortoise was an experience worth sharing. Normally images taken from eye level of the subject make for interesting composition and in this case we had to go to ground level to get that perspective. At the same time we had to stay hidden while photographing in order to avoid this fella from retracting into his carapace.

Lying on the ground, hidden and crawling to get eye level compositions made this photography session a real challenge. We were happy that we came off with some full frame compositions like these. 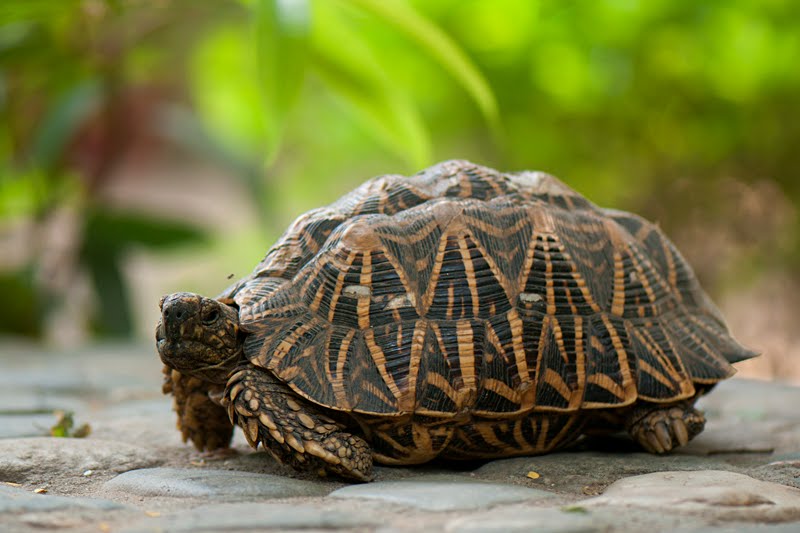 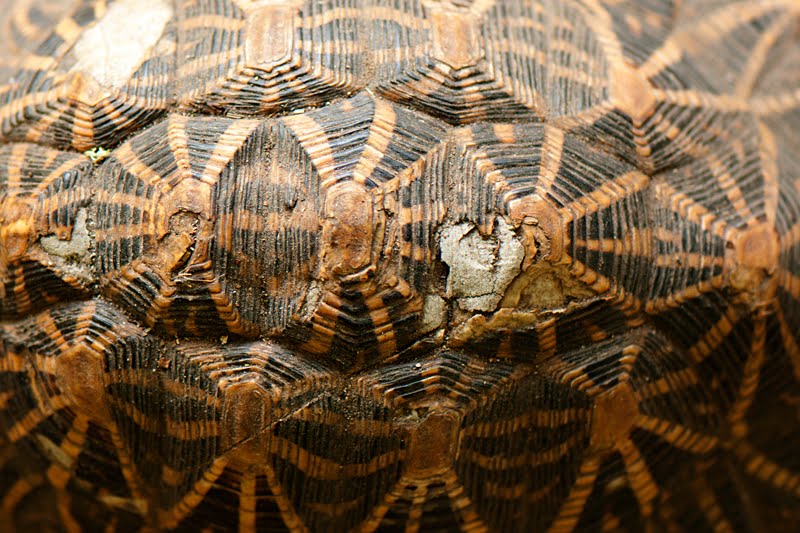 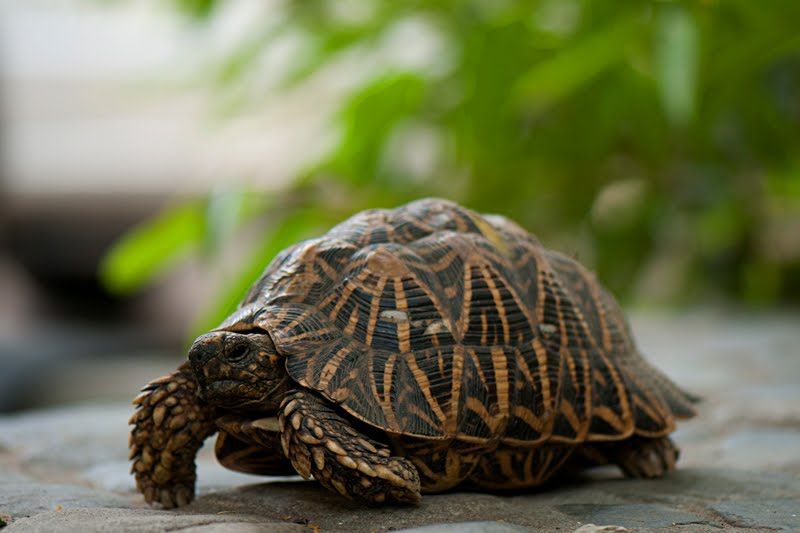 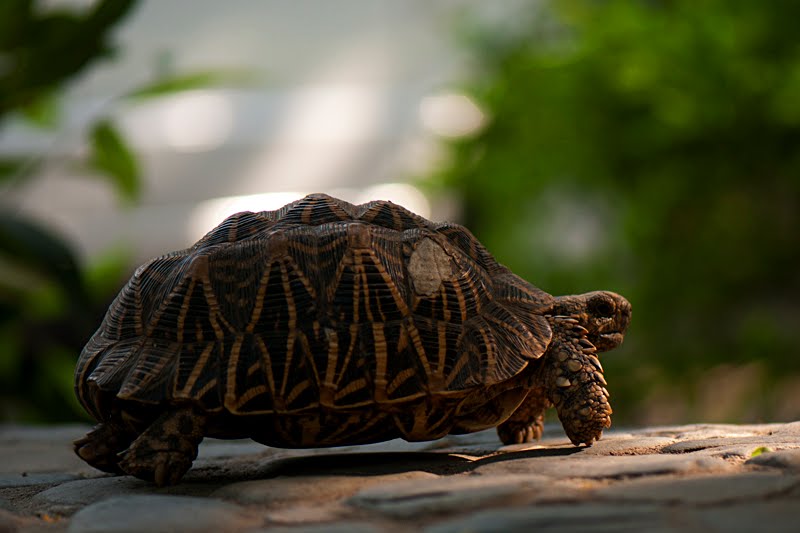