We visited Kaziranga National Park after a gap of five years and it was an absolute feast for our eyes. Kaziranga greeted us once again with a wildlife spectacle that was as good as being in Masai Mara. We will cover the various sightings we had over the next few weeks. During our first venture into the Agoratoli Range, more commonly known as the Kaziranga Eastern range, we did not have to go too far before we saw this Rose-ringed Parakeet perched high up on a dead tree trunk. We quickly took a couple of record shots and checked them; only to notice that this Rose-ringed Parakeet was actually building a nest. 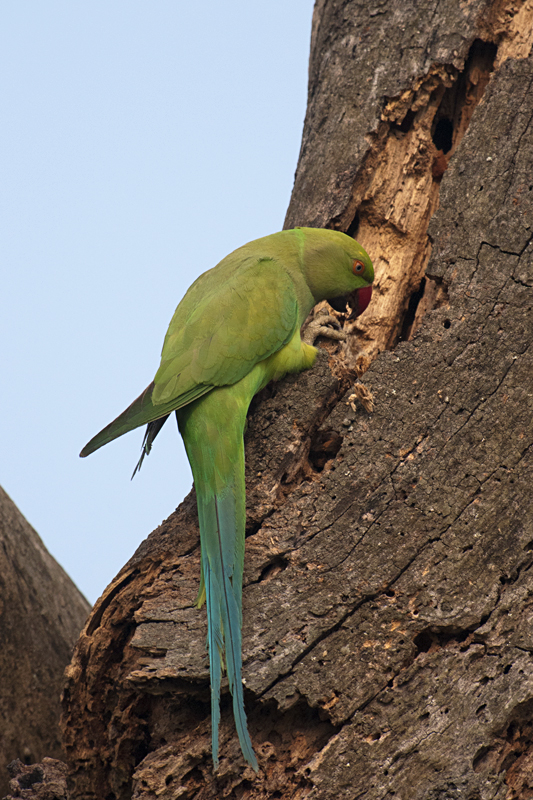 Since the Rose-ringed Parakeet was engrossed in enlarging a hole in the tree trunk, we got closer to it. We saw that it was meticulously breaking pieces of the trunk inch by inch. We kept taking pictures all along. After about five minutes of back breaking labor, it took a breather, giving some amazing portrait poses. Here are a couple of pictures from that sighting. 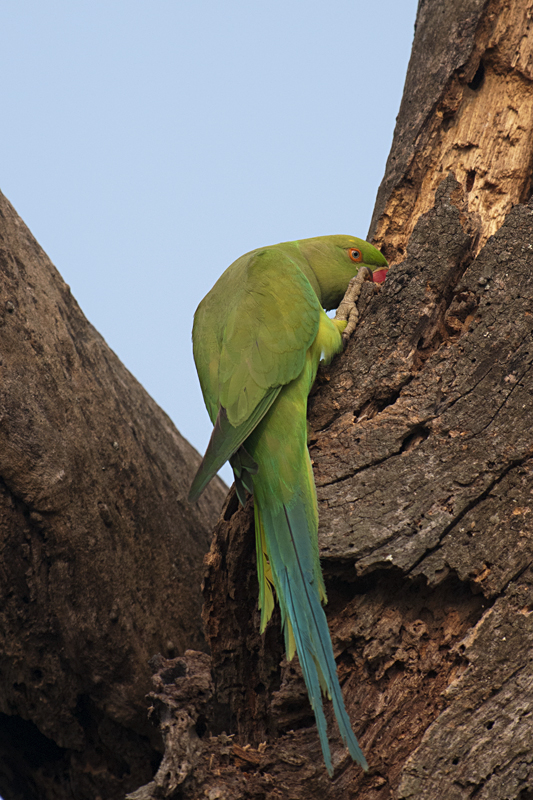 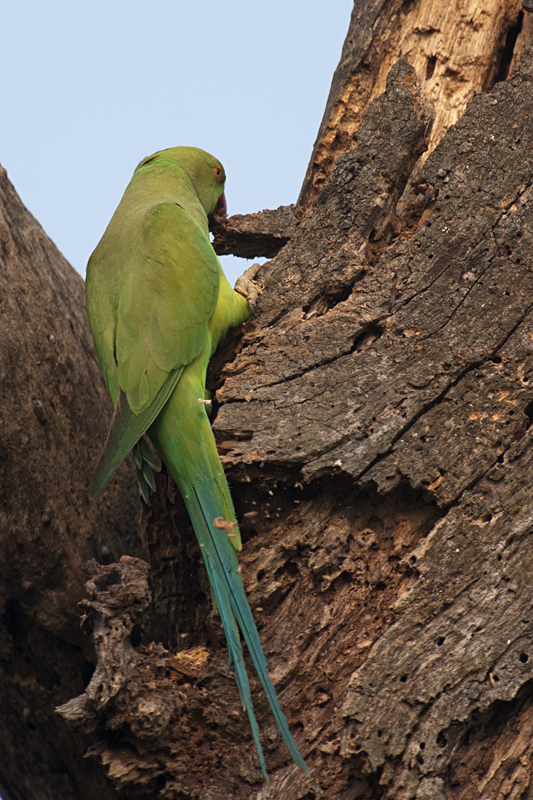 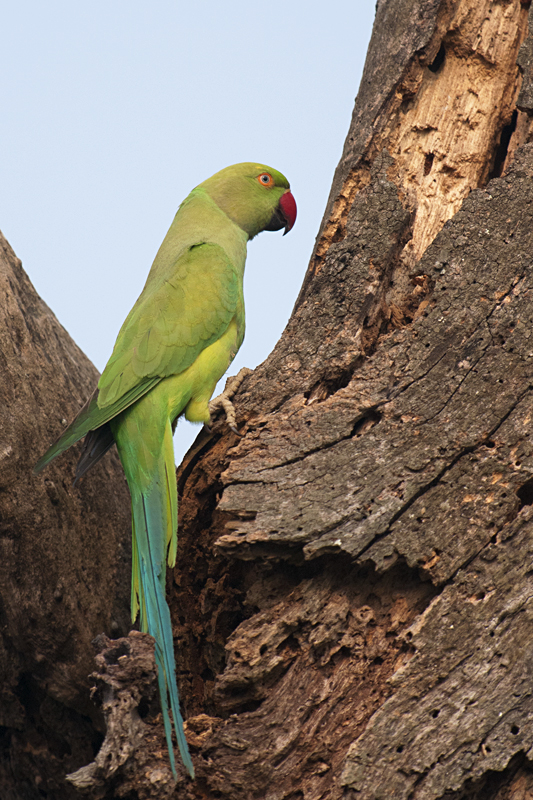