The first leg of our road trip to Gujarat took us to Little Rann of Kutch and we took shelter for the night at Rann Riders in Dasada. Given that it was peak winter in Gujarat, temperatures were hovering around five degrees centigrade as we set out on our first jeep safari the next morning. As the rising sun lit up Little Rann of Kutch we entered the Wild Ass Sanctuary only to be welcomed by a herd of Wild Asses (below) galloping at break neck speed, disappearing in a cloud of dust into the horizon. 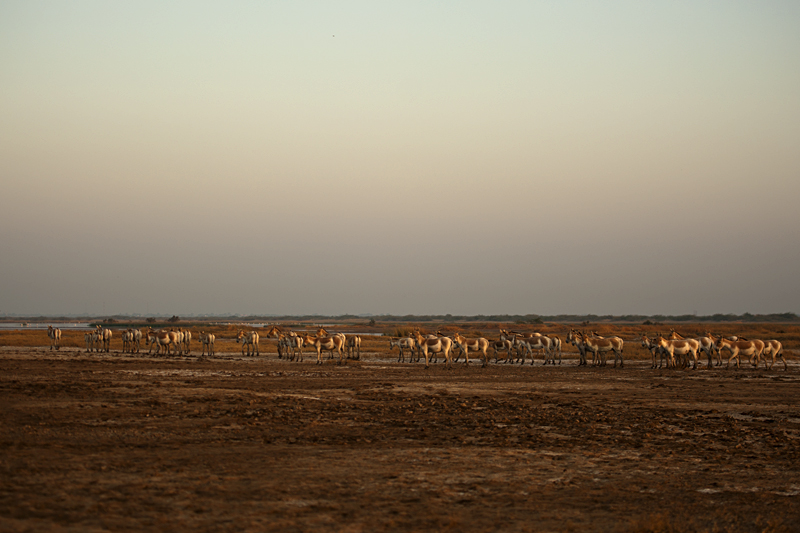 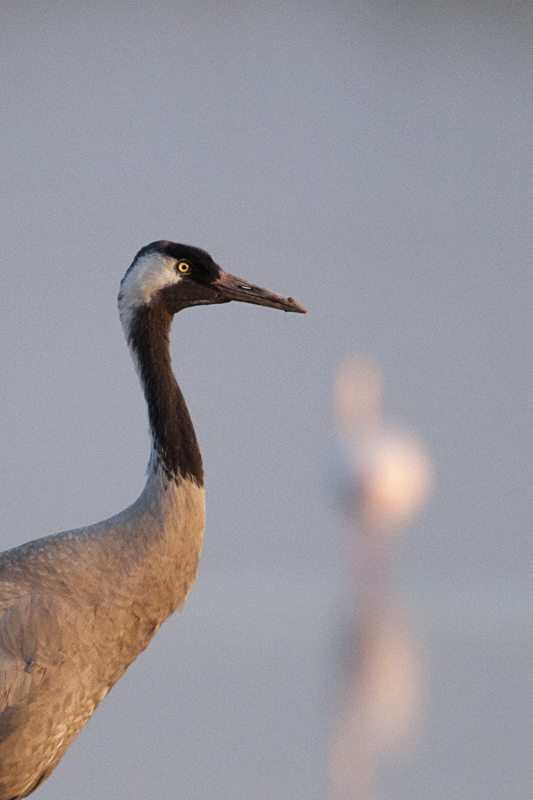 Our driver and guide pointed out that we will get many opportunities to see the endangered Wild Asses in the Sanctuary and suggested we head towards the area where the Lesser Flamingos were feeding. Just as we starting moving, we saw a couple of Common Cranes (above) escorting their chick into the wetlands. We left the Cranes to parenting business and proceeded towards the Flamingo congregation area. Our guide spotted a raptor perched on a tree ahead and before we could get closer, it took off leaving us with a record shot. The plumage pattern resembles that of a juvenile Imperial Eagle and we hoped to get a better picture later. 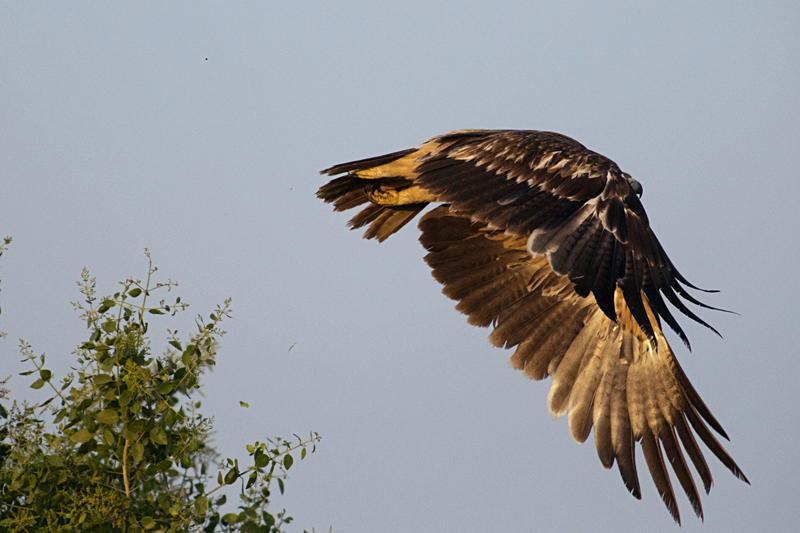 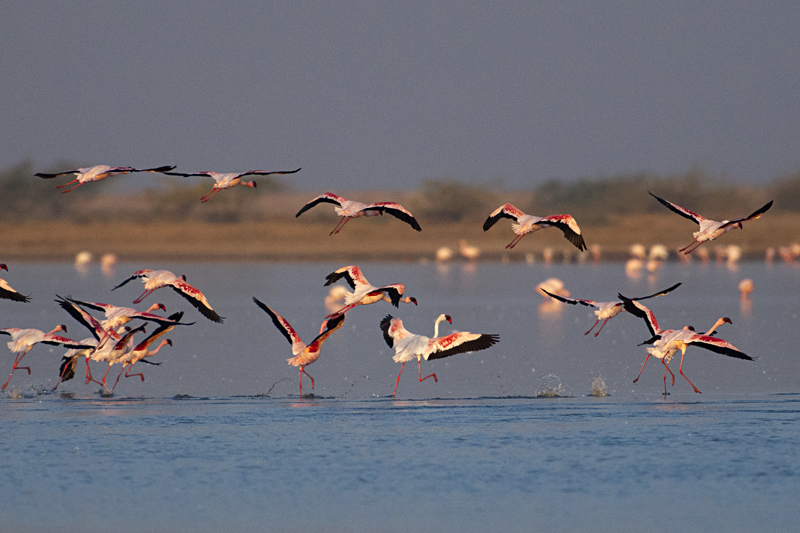 As we reached the area of the wetlands known for its congregation of Flamingos, we were blown away by the sight of hundreds of Flamingos feeding together. We photographed a flock of Flamingos (above) taking flight and then spent some time photographing them feeding (below). 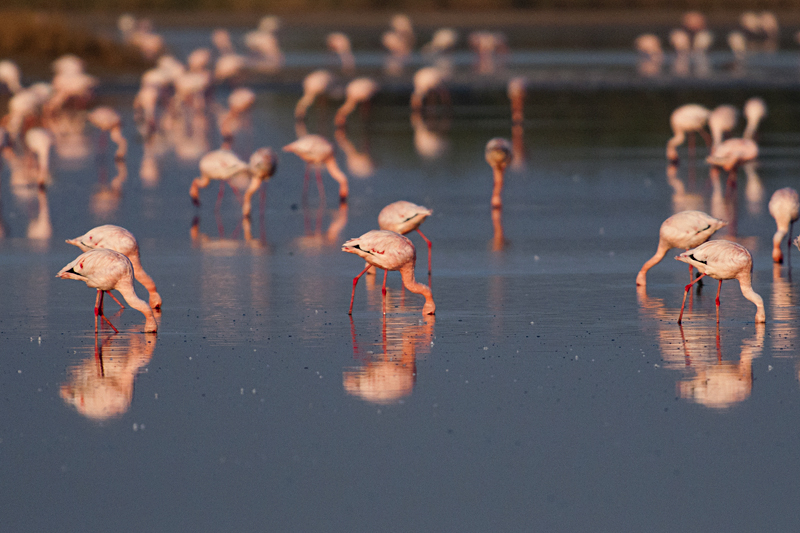 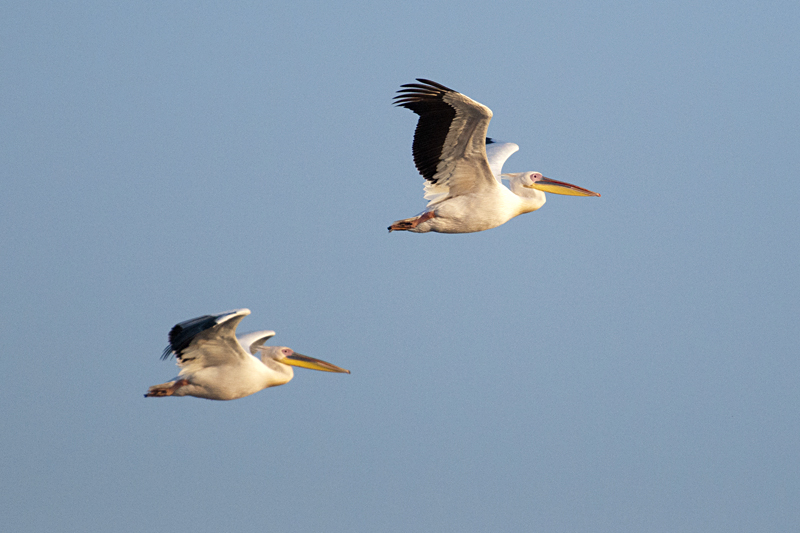 Just then a flock of Great White Pelicans (above) flew over the wetlands giving us some amazing frame filling compositions. I singled out one of them in flight as the feature image of this post. As the feeding Flamingos moved deeper into the wetlands, we left them behind and proceeded to explore the other parts of the wetlands. As we drove around aimlessly for a few minutes, we spotted something against the dry shrubs. We stopped and struggled for a few seconds to ID the species and when we did, it took our breath away. Watch out for more on this exciting sighting in our next post.