After the cold, damp and foggy weather in Dudhwa National Park, The bright and sunny Corbett National Park seemed like paradise. Thanks to Ritish and Minakshi, who had done all the arrangements including reservations, we were going to be staying at the Dhikala forest lodge located in the core zone of the Corbett National Park. We entered through the Dhangadi check post and after completing all the formalities we began the exciting 30 km drive to Dhikala forest lodge.

A few kms into the drive, we noticed a Sambar Deer sitting by the side of a waterhole not far from the road. There is nothing uncommon about a Sambar Stag sitting by a waterhole except that it makes for a nice portrait. But when this huge Sambar started wallowing in the waterhole, we realized it was up to something. Testosterone levels were obviously at a high, given the fact that  he was urinating in the puddle and then rolling over in it. 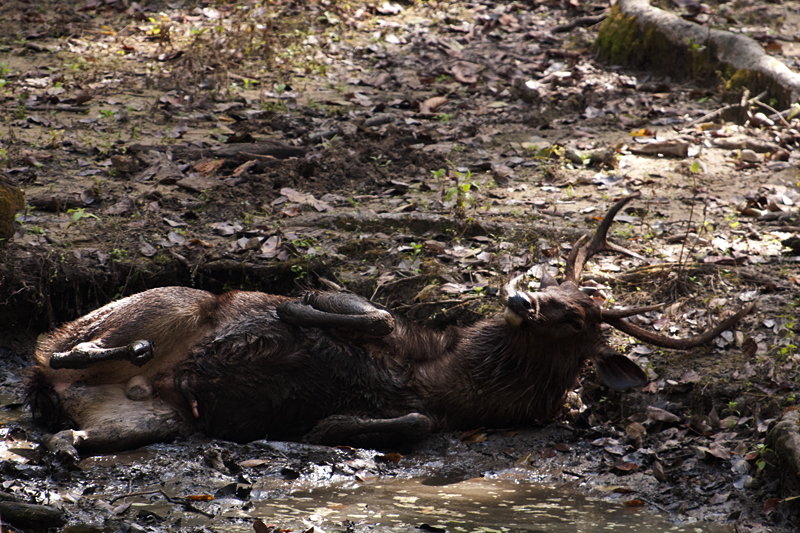 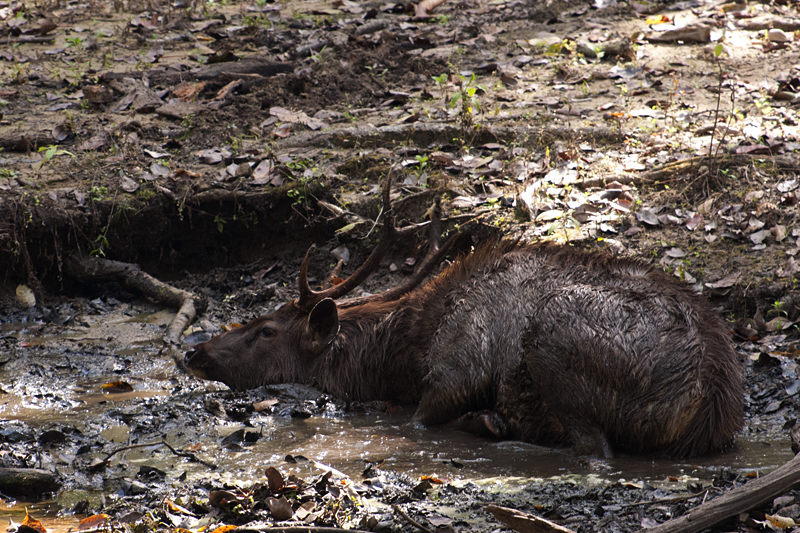 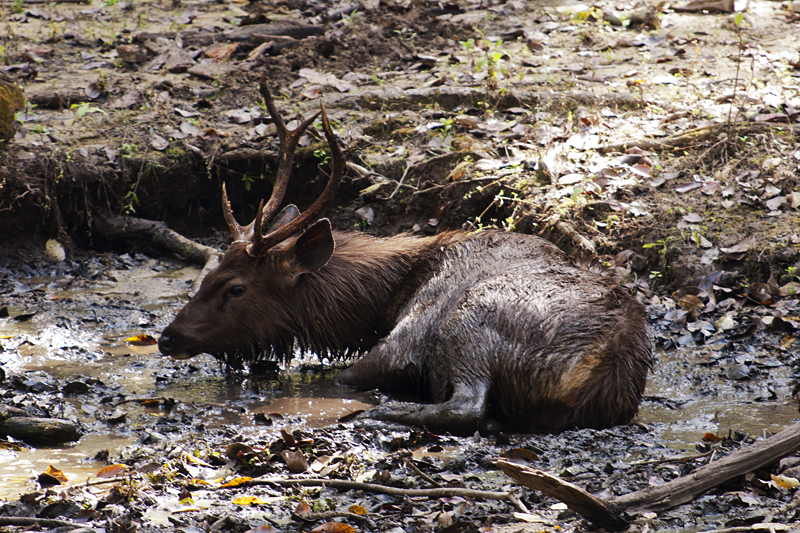 At a point he was completely soaked in this potent mixture of urine, scent, clay and water. And then all of a sudden he stopped and looked intently at something in the forest. We thought maybe his actions have caught the attention of a Tiger, but when a female Sambar Deer with a juvenile fawn emerged from the thicket, it was clear what was happening. The Sambar Stag has been courting the female Deer and all the wallowing in this clay/ water mixed with his scents was to attract her attention. The moment she came into a clearing, the Sambar Stag got up and instinctively the female Deer and her fawn bolted with the Stag in hot pursuit. We have seen Sambar Deer in almost every National Park, but this was the first time we got to observe this unique behavior of a Sambar Stag in Musth. 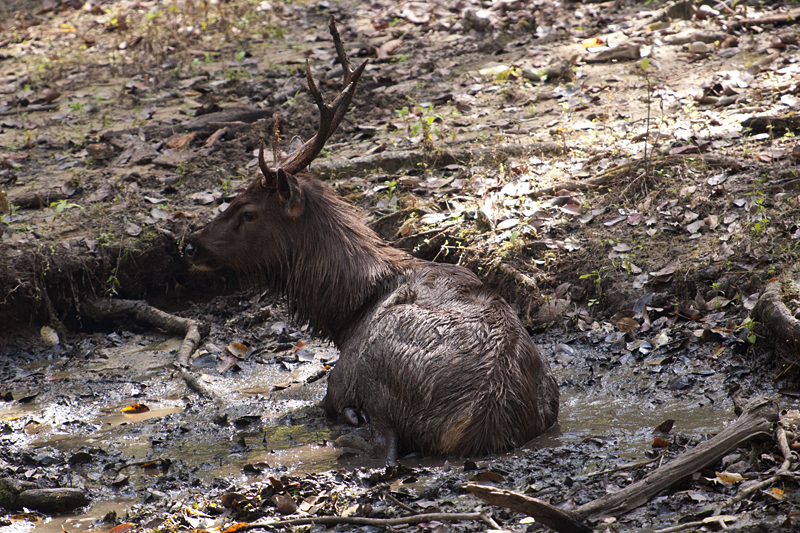