Scent of a Tiger in Tadoba 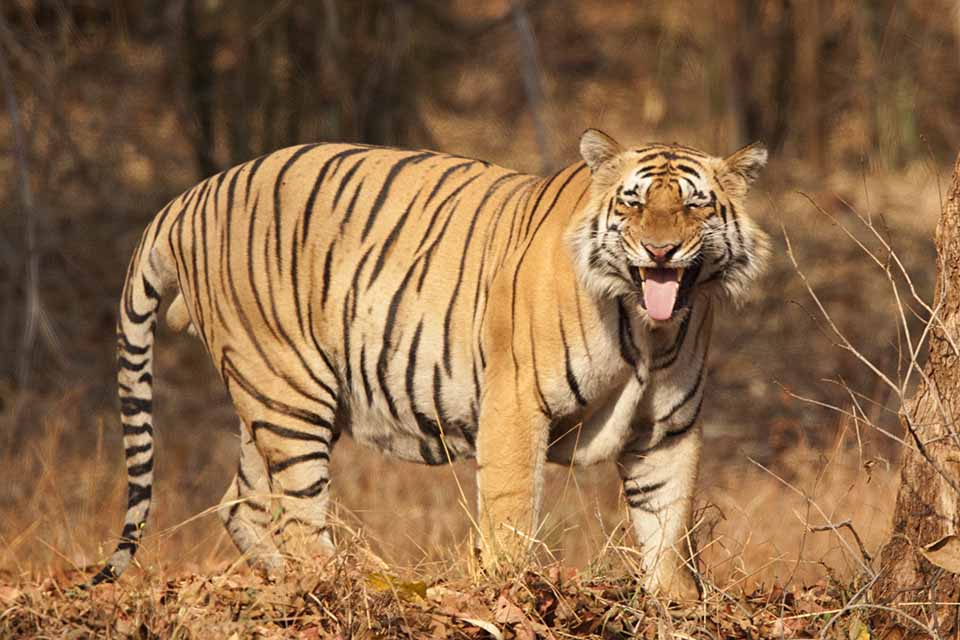 After the few game drives the previous day in the buffer zone, we headed into the core zone in Tadoba National Park today. We were welcomed by a herd of Chital (Spotted Deer) and it was a lovey sight to spot a couple of sparring stags, which we will describe in another post. As we moved deeper into the core tourist zone, we hit a traffic jam. Soon the traffic jam turned into a convoy of slow moving Jeeps, a tell tale sign that a Tiger had been spotted strolling along the tracks. Soon we saw a huge Bengal Tiger displaying Flehmen response. Given that we were the twelfth vehicle in the convoy, we could only manage a record image (below) of his partially hidden face. 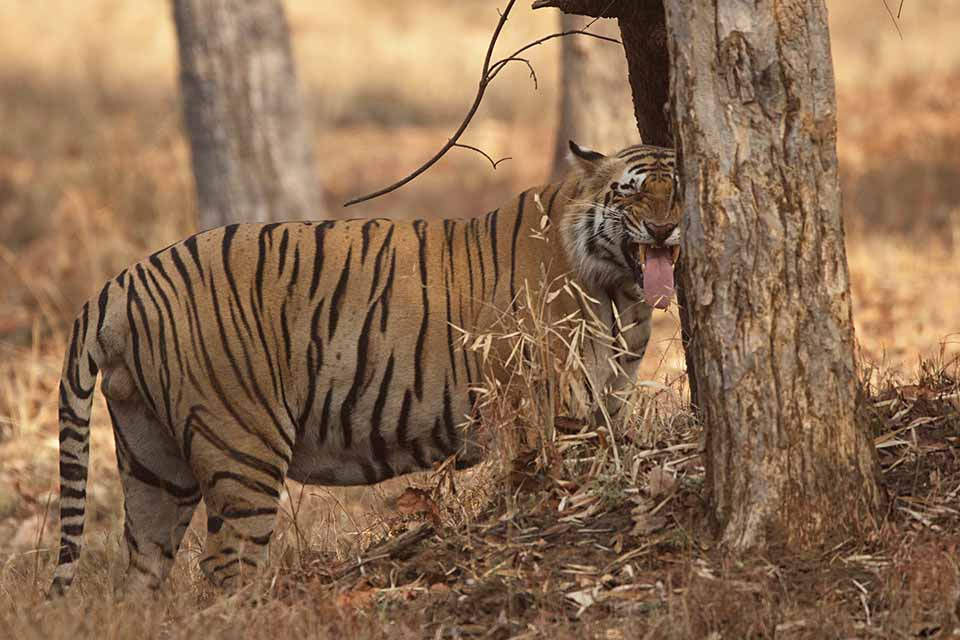 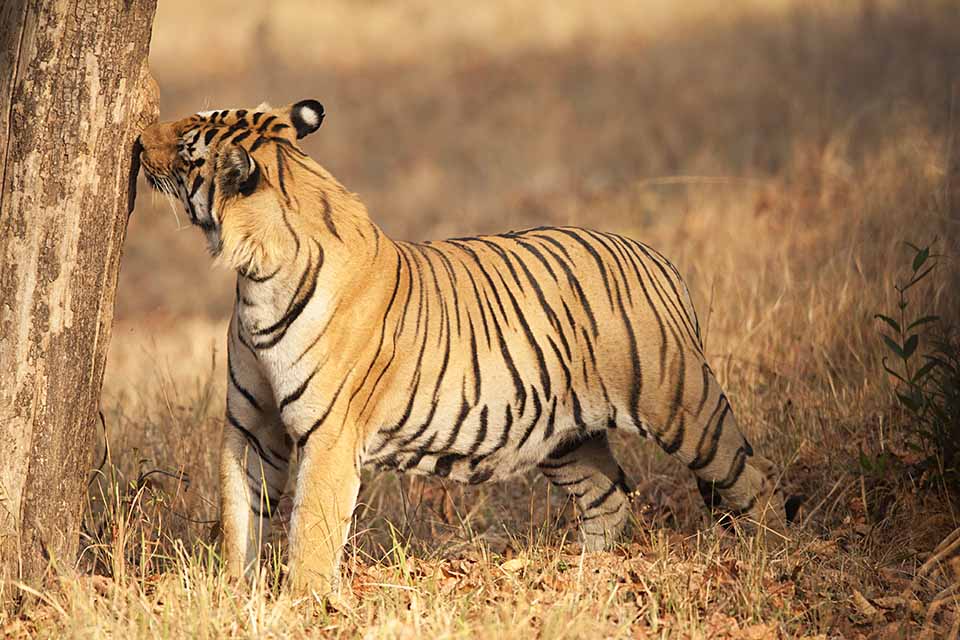 We followed the Tiger as part of the convoy and ‘Matkasur’, as this Tiger is popularly known as, kept checking for the scent of other Tigers on the trees along the track. These almost full frame images gives you an idea of the size of this massive beast. 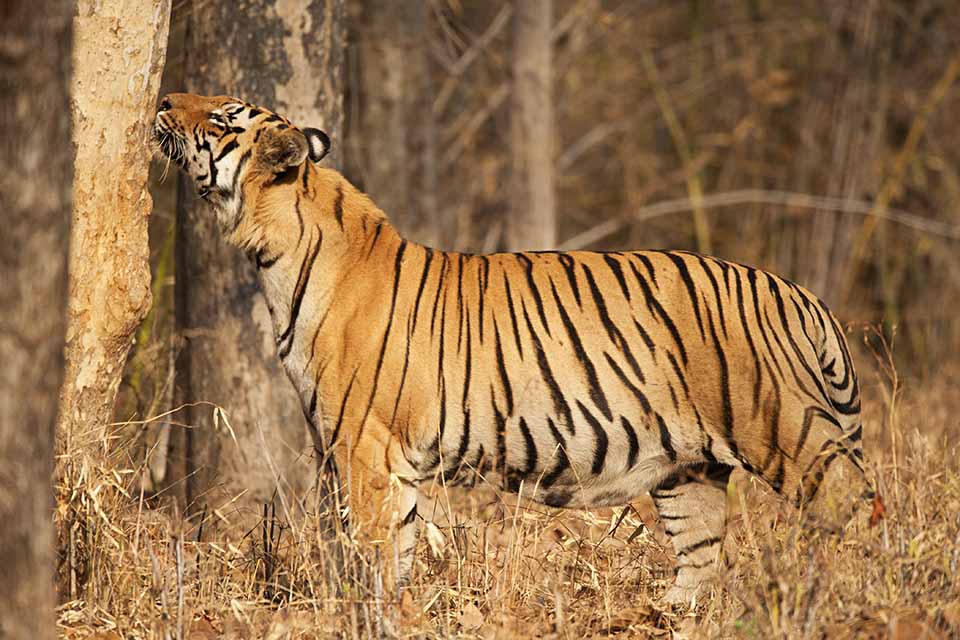 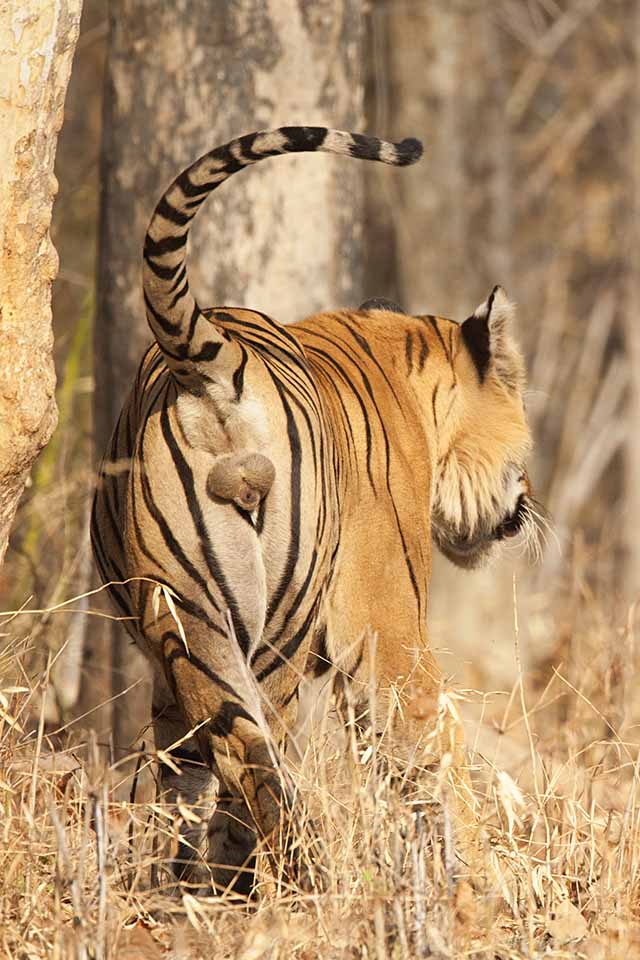 He scent-marked one of the trees before trudging slowly back onto the road. And to the frenzy of the onlookers he walked right on the middle of the track along with vehicles both in front and behind him. 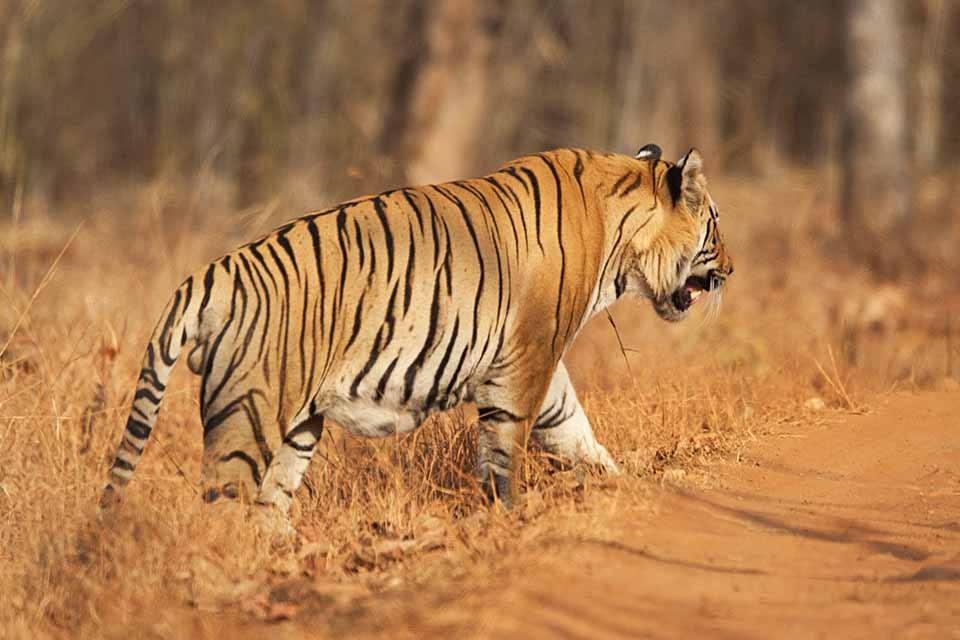 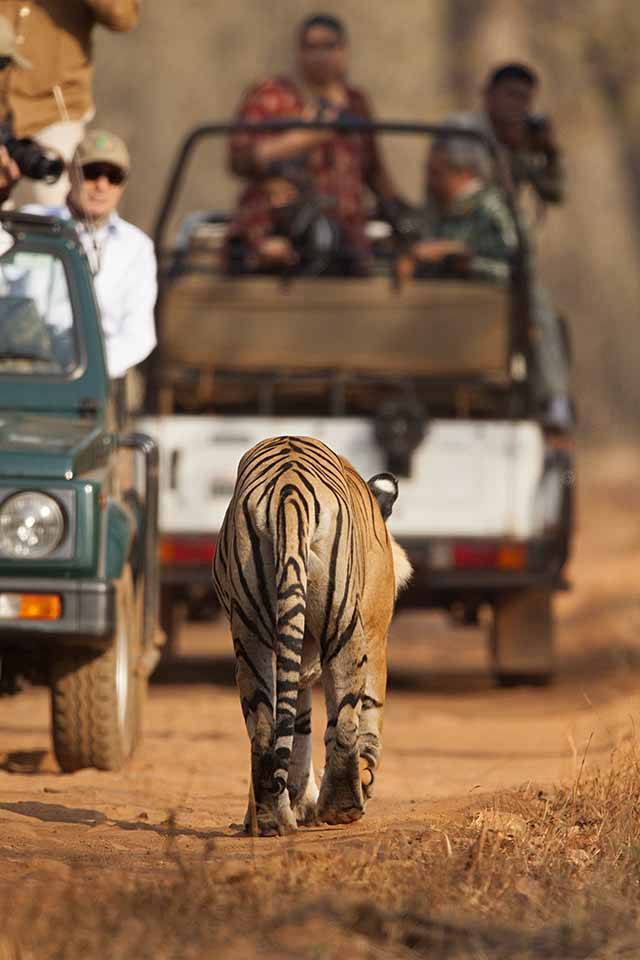 His majestic stroll along the track was a demonstration of top of the food chain behaviour. At one point, he was drawn to another tree and this time I was ready. He smelt the bark and then once again displayed Flehmen response, much to the excitement of all of us. We rained him in a shower of shutter clicks, and one of the pictures is featured as the first image of this post. Almost immediately after that, he veered off the track towards a creek and disappeared from our view. 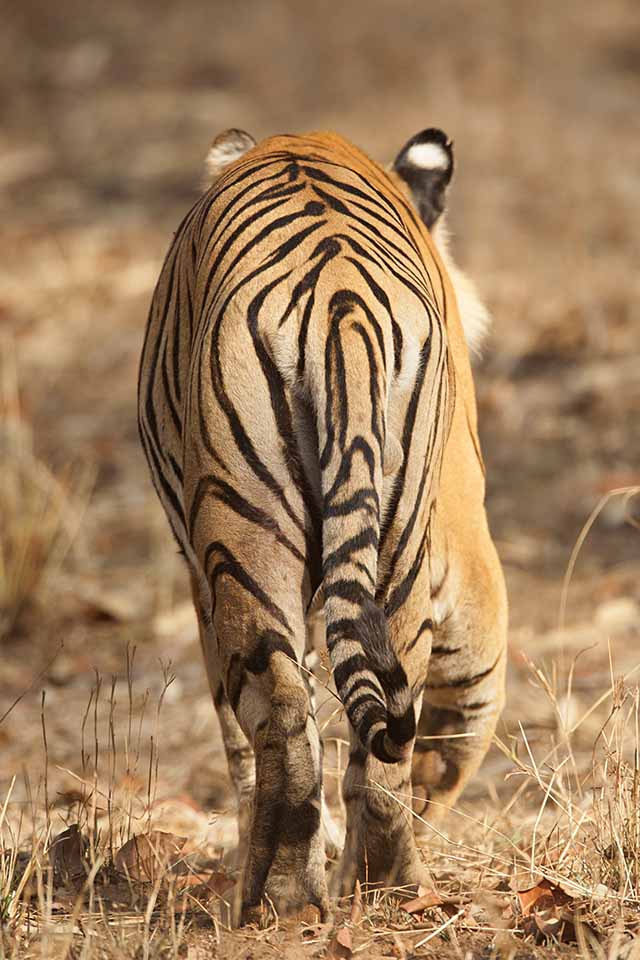