Search for the Hoolock Gibbon – India’s only Apes

On the last trip to Kaziranga National Park we did not have time to visit the Hillock Gibbon Wildlife Sanctuary in Jorhat, Assam. We made it a point to spend a couple of nights this time around in Thengal Manor, Jorhat so that we could visit the sanctuary. Next day, we reached the park early in the morning. However, the lighting conditions were pretty bad because of the cloud cover. The chill in the air meant that spotting the Hillock Gibbons was going to be a challenge. So our guide suggested we look for the Stump-tailed Macaque, which is the other endangered species of primate found in this sanctuary. After about an hour of looking around, we finally found a troop of Stump-tailed Macaque high up in the canopy. The slushy forest floor infested with leeches made it a huge challenge to get to a position to photograph these primates. We could only manage a couple of record pictures. 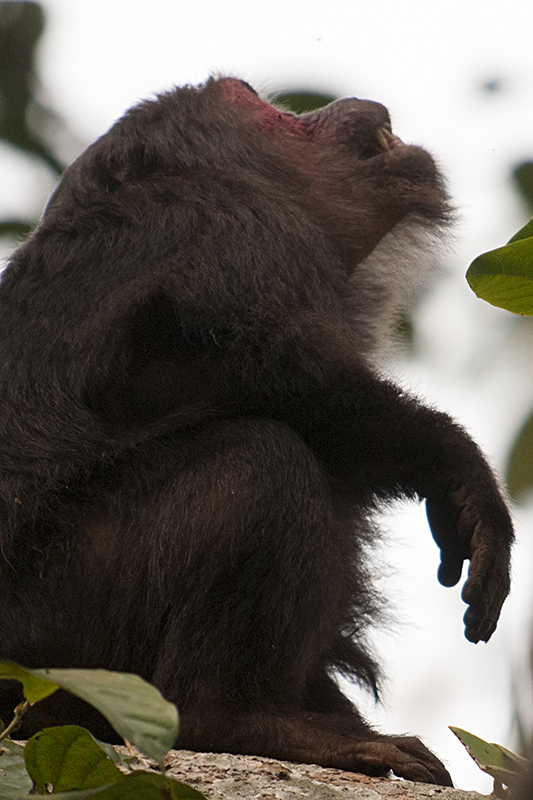 We rushed back to the main track in the forest. Even after an hour of walking we could not get a glimpse of our primary target, the Hillock Gibbons. Then finally after ninety minutes of trekking, we heard the proprietary howling call of the Hoolock Gibbon and we rushed towards where the howls were coming from. And there they were, a family of three Hoolock Gibbons. A male, female (below) and a young one, again perched pretty high in the canopy. 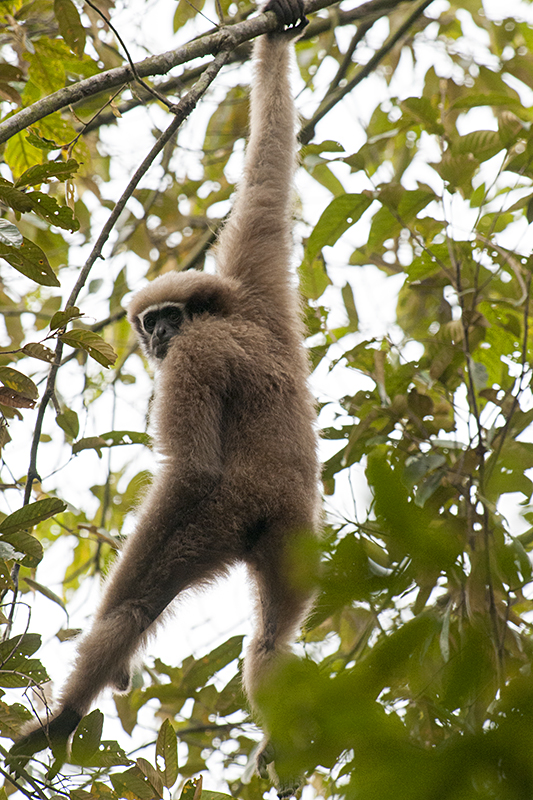 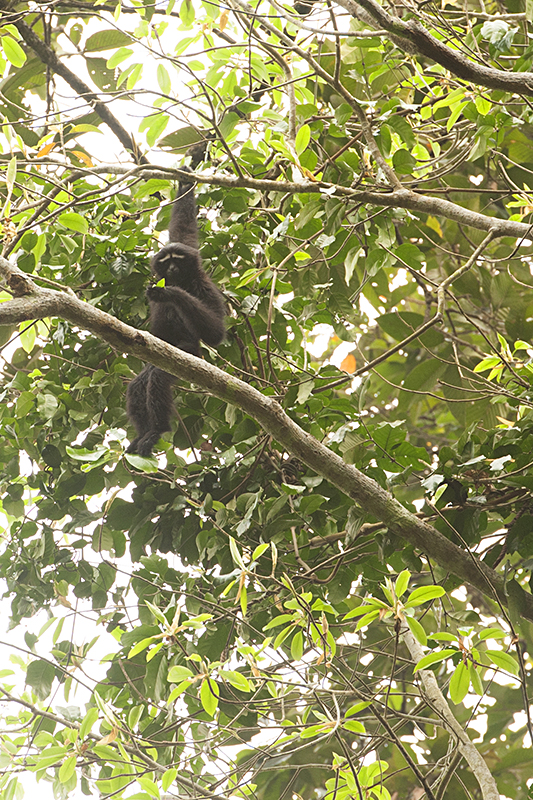 We got a couple of images of the male in spite of bad lighting and the omnipresent leeches, which were all over our shoes and inside our socks! The male was more shy than the female and kept moving making it difficult to get a clear image. 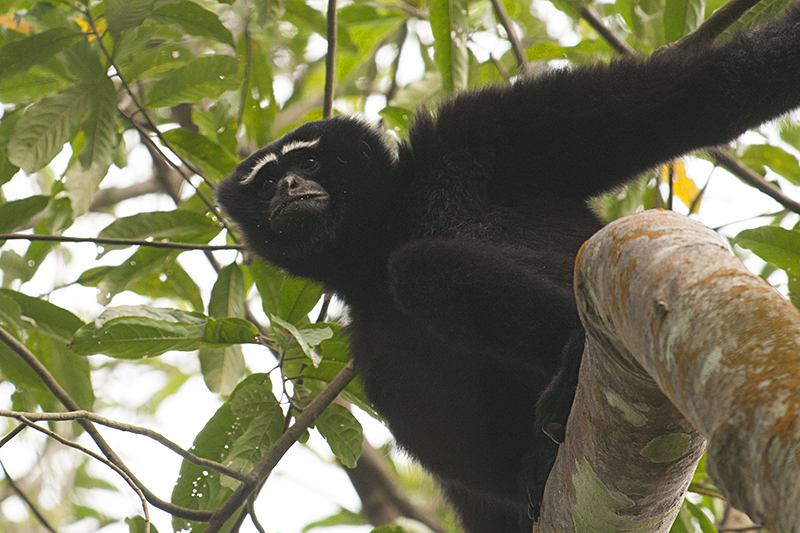 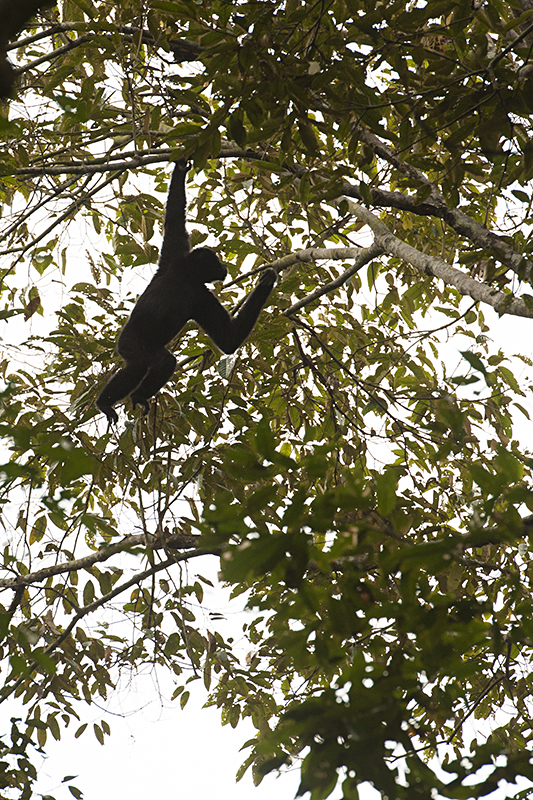 We shot this final image (above) of him in full swing before he disappeared into the canopy for good.