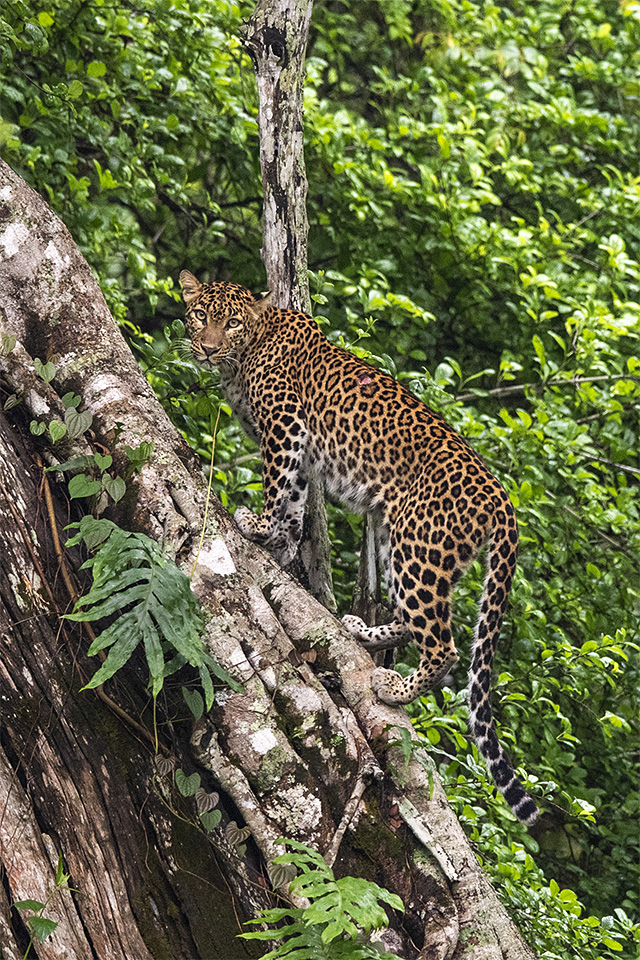 By now you would be feeling, here comes another post on that same Leopardess! We had been tracking this Leopardess for three days and had spotted it on the same tree again and again. On this morning safari in Kabini, we headed straight to the location where we had sighted this Leopardess. As we approached the tree, we saw something run across the road at lighting speed. We only caught it when it stopped behind the tree. It was the same Leopardess, active and on the ground, instead of sleeping on the tree,

It slowly went to the base of the tree and paused, as though to tell us that it is going to climb the tree. While we have seen Leopards climbing down a tree, this would be the first time we were about to photograph one climbing up the tree. We had the cameras focussed on her, as she effortlessly went up the tree.

Normally Leopards don’t stop in mid-climb, but not this Leopardess. She stopped right in the middle of the climb and turned around and looked at us, making an amazing picture frame. Then she continued her climb and once on the tree, she found a low branch and perched herself on it for a morning siesta. We took this final picture of her relaxing on the treetop before heading out in search of other fauna.