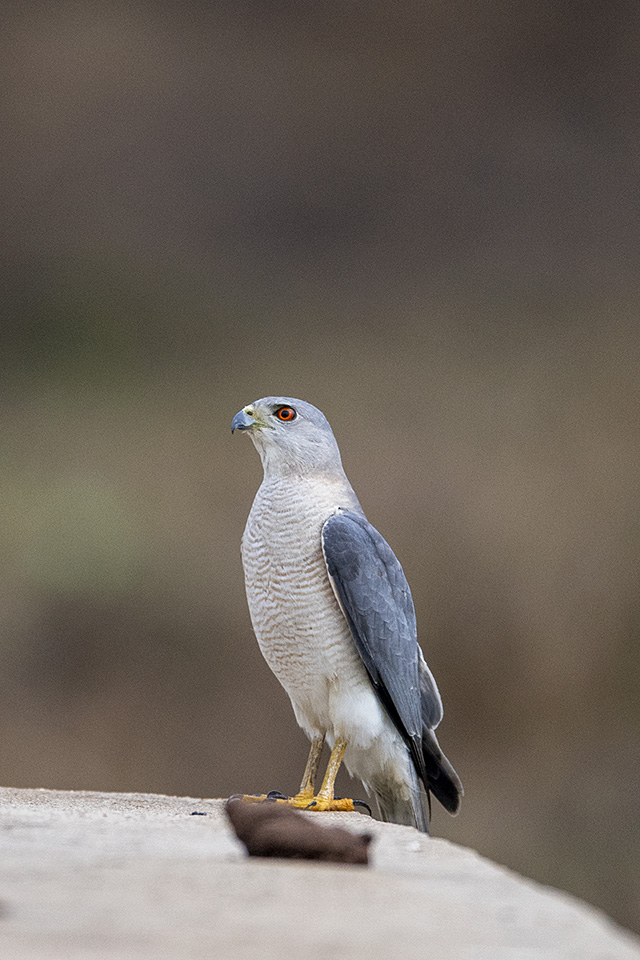 On one of our drives into Bandipur National Park, we spotted this male Shikra next to a waterhole. It should have come by to quench its thirst and gave us a few minutes to get a couple of pictures, before it flew away.

The Grey-backed Shrike was an accidental catch. I took this picture when we had stopped the Jeep to take a look at some Woodpeckers, that incidentally flew away as soon as we stopped. We headed to check out a final waterhole when we noticed another Jeep nearby. People in the vehicle were frantically gesturing at something in the bushes.

At first it looked like the mirage of a sleeping Tiger, in the thick bushes. But we did spot the hidden Tiger when it sat up and looked at us briefly before going back to sleep. It was so well camouflaged that the many vehicles that came after us could barely see it. We waited for about an hour and half to see if the Tiger would come up to the waterhole to quench its thirst, but that was not to be. The images below show how well the Tiger gets camouflaged in the thick undergrowth in the forest that one can barely see it.