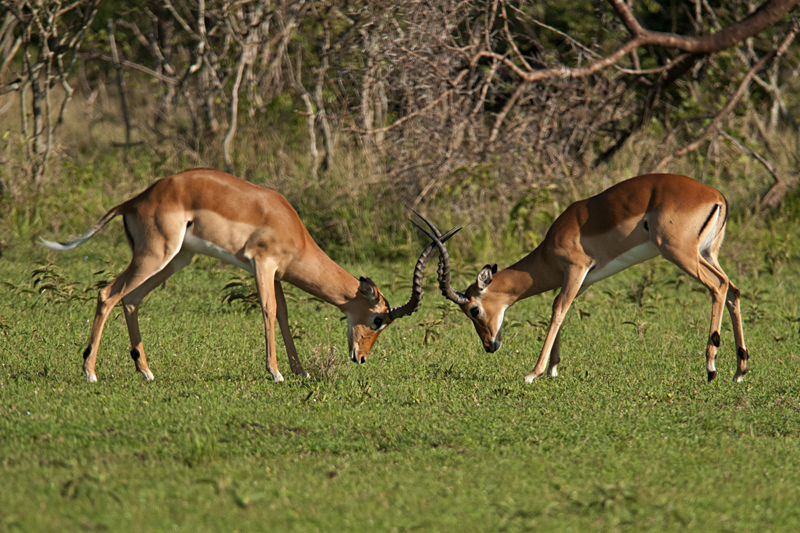 We spotted herds of Impalas almost everywhere in the Serengeti national park. They are the most abundant Antelopes in Africa. However, photographing them was quite a challenge. On spotting a herd, our guide cum driver would slow down and stop the jeep about 30-50 feet from the Impalas. But almost always, the herd would walk further away into the bushes making photography quite difficult.Most of the images that we managed to capture are those of Impalas with their backs to us. However, this was one of those rare opportunities where we came across a couple of male Impalas, engaged in battle of strength. We immediately stopped the Jeep hoping to get some good images. As soon as we did that, the Impalas too stopped their fight and looked at us for a while. Once they realized that we were no threat to them, they went back to their sparring match.

To see male Impalas fighting in the open grasslands was an opportunity that we were waiting for and we photographed them to our heart’s fill. The long antlers are a serious weapon that the Impalas put to use during their rutting fights. And the golden evening sunlight just added to the drama. 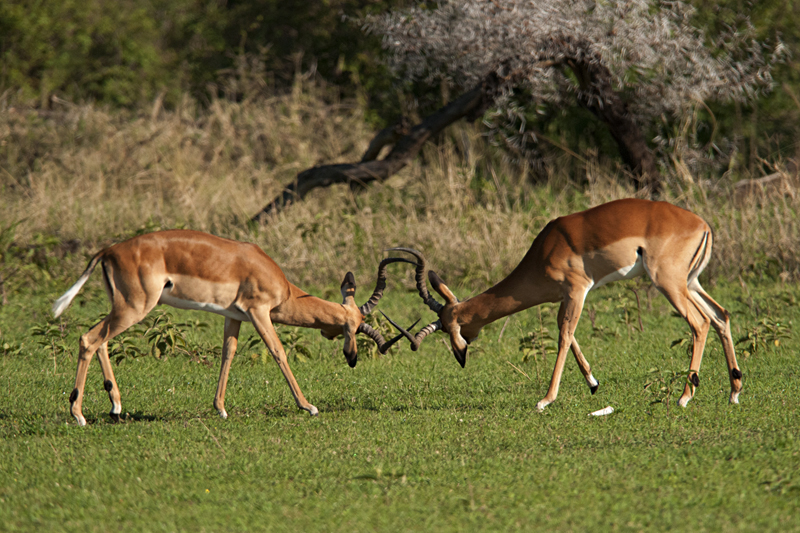 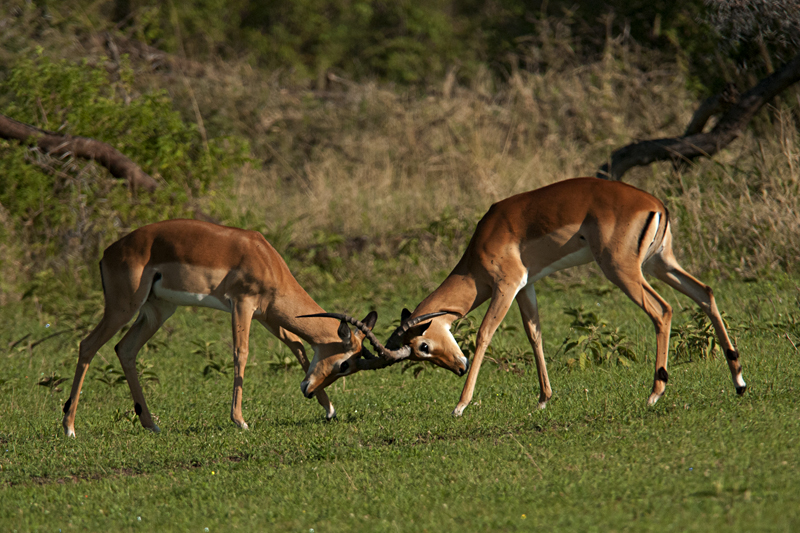 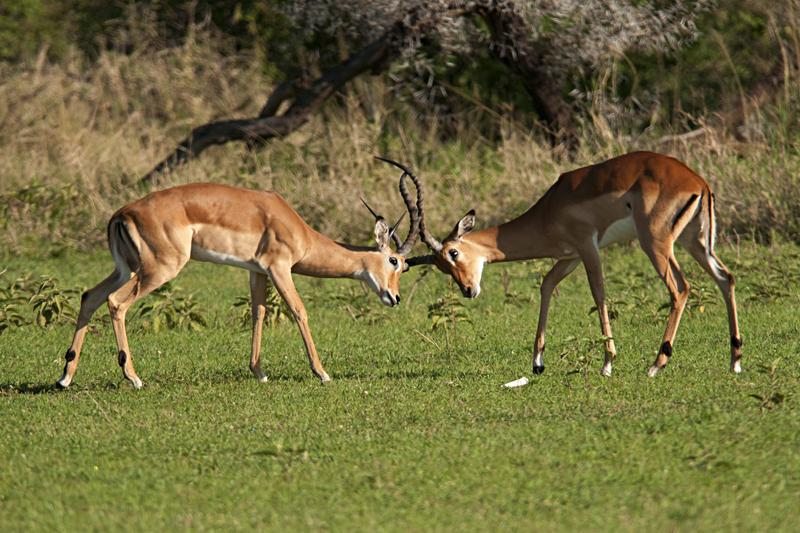 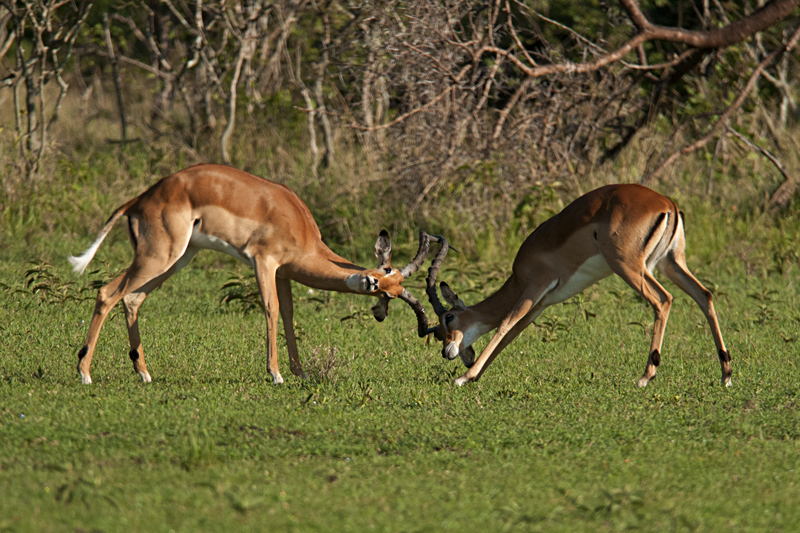 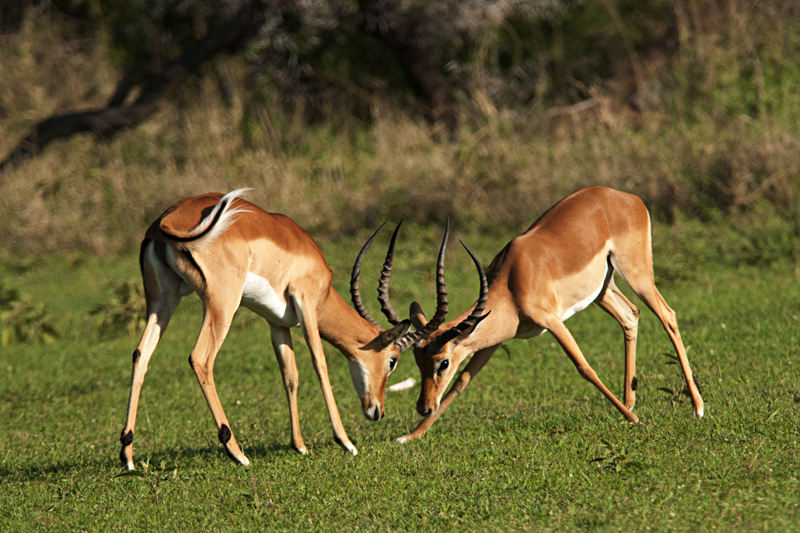