We were on an evening safari in the eastern range of Kaziranga national park when we spotted a Rhino wallowing in the water. We stopped to observe it. But it got disturbed by the noisy tourists in another vehicle and soon got up and moved into the tall grass. We moved on to scout for other animals, and further ahead we saw a herd of Asiatic Elephants along the bank. 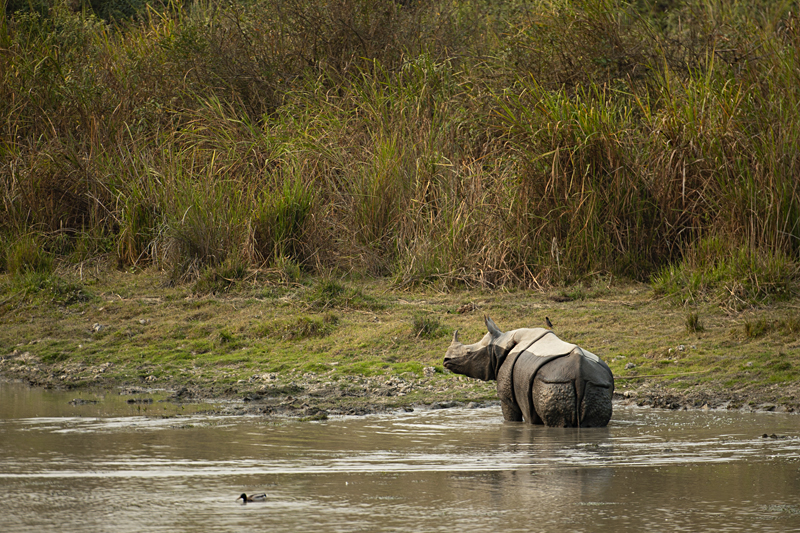 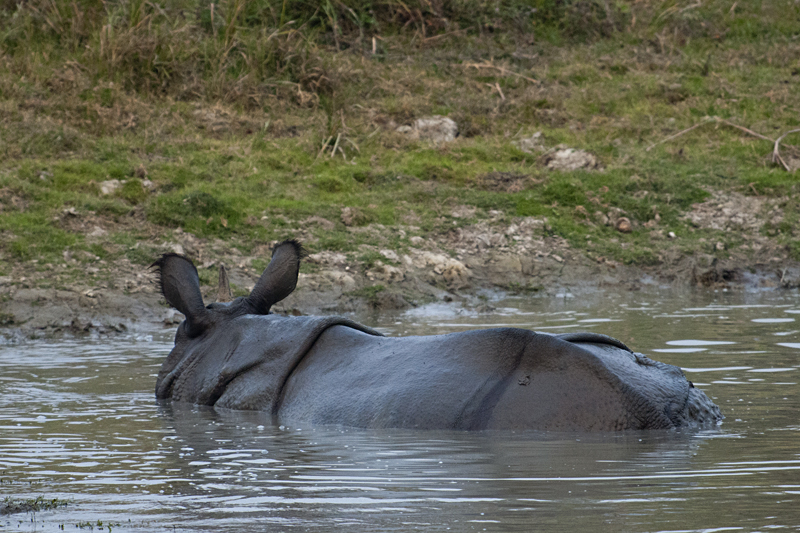 After driving around for about an hour, we returned back to the same location, where we saw the Rhino earlier. We were given to understand that a Tigress had been spotted there yesterday and was frequently being seen in this area. Almost immediately we heard the roar of a Tigress couple of times. We immediately stopped to see if the Tigress would emerge somewhere along the water’s edge. Meanwhile, the Rhino was back in the water and this was an added bonus. While we waited for the Tigress, the Rhinoceros treated us to an incredible wallowing show. After about thirty minutes, another Rhino emerged from the tall grass and the wallowing Rhino seemed to be getting visibly annoyed with the intruder. 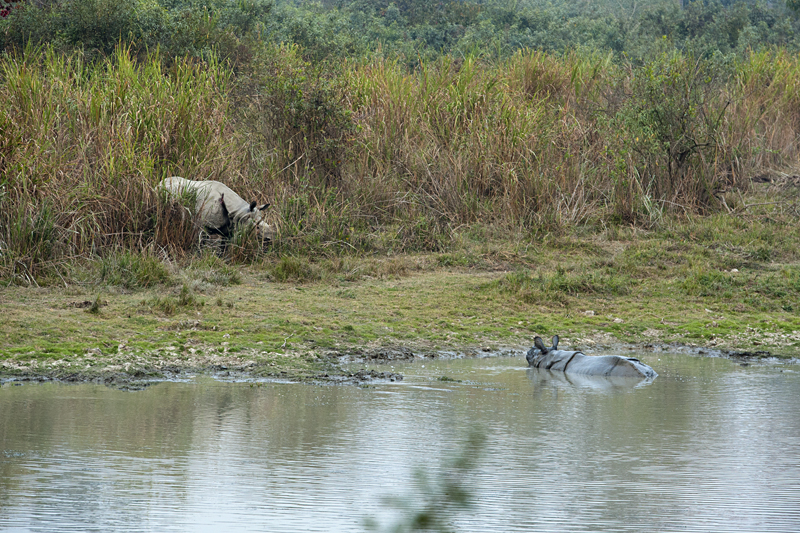 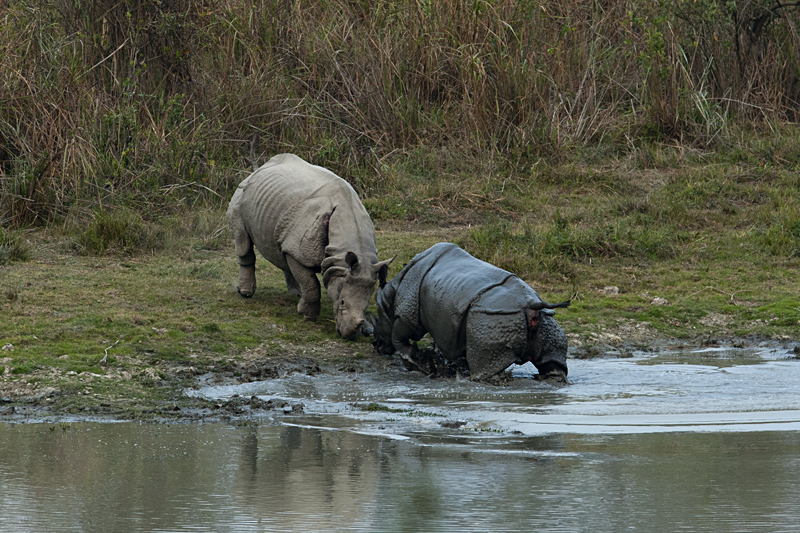 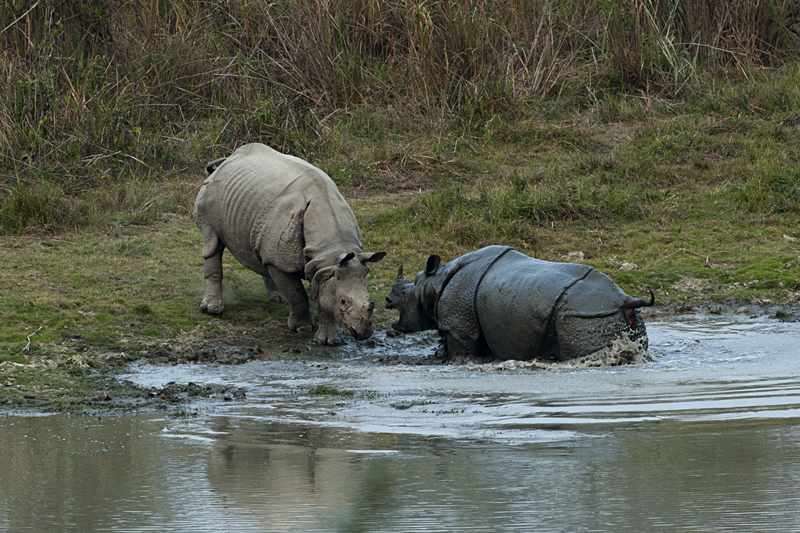 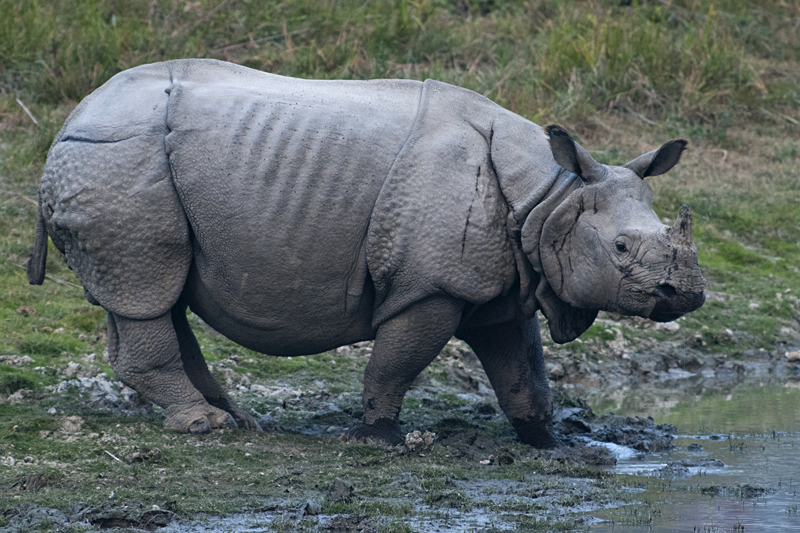 However, the posturing and bellowing was all it took to stop the encroaching Rhino, which slowly retreated along the water’s edge to another spot not far away from its adversary. 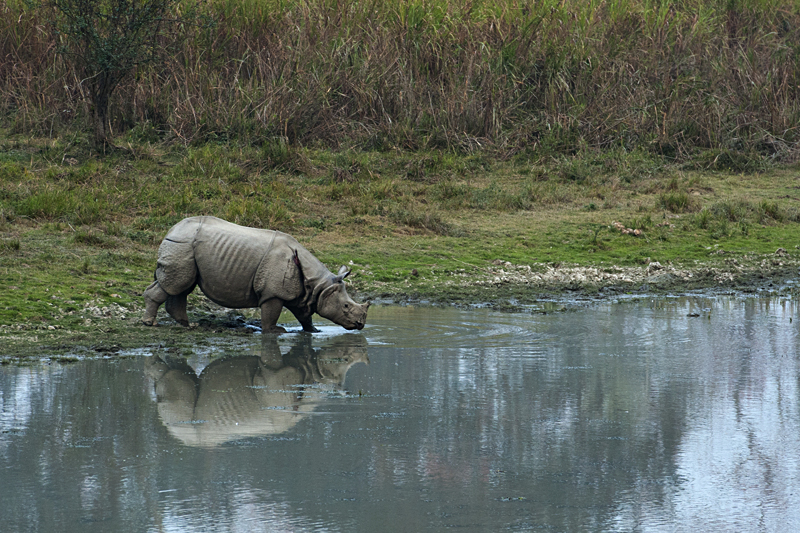 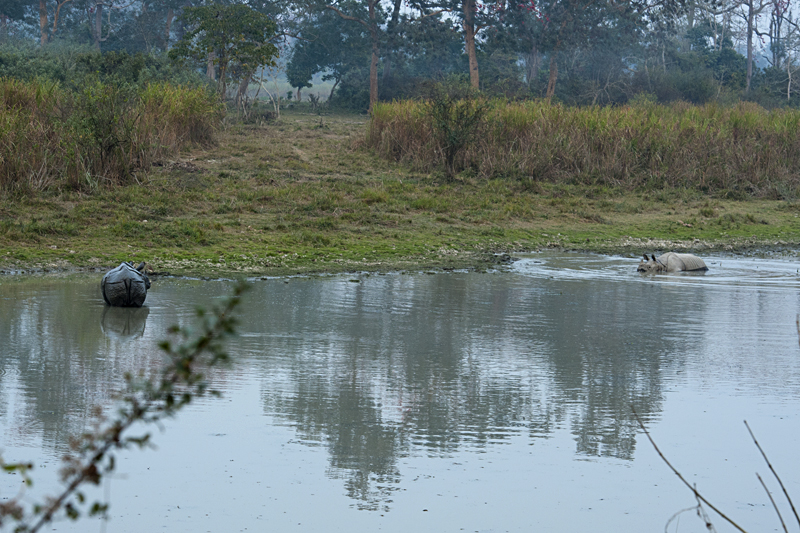 It finally settled down in the water not too far from the other Rhino and an uneasy calm prevailed. It was getting dark and we headed towards the park exit. As we exited the park, we realized that we did not get to see the Tiger, we only heard its roar, but the confrontation between the Rhinoceros was an amazing experience that more than compensated for not having seen the Tiger. We vowed to return the next evening to search for the elusive Tiger in Kaziranga national park.