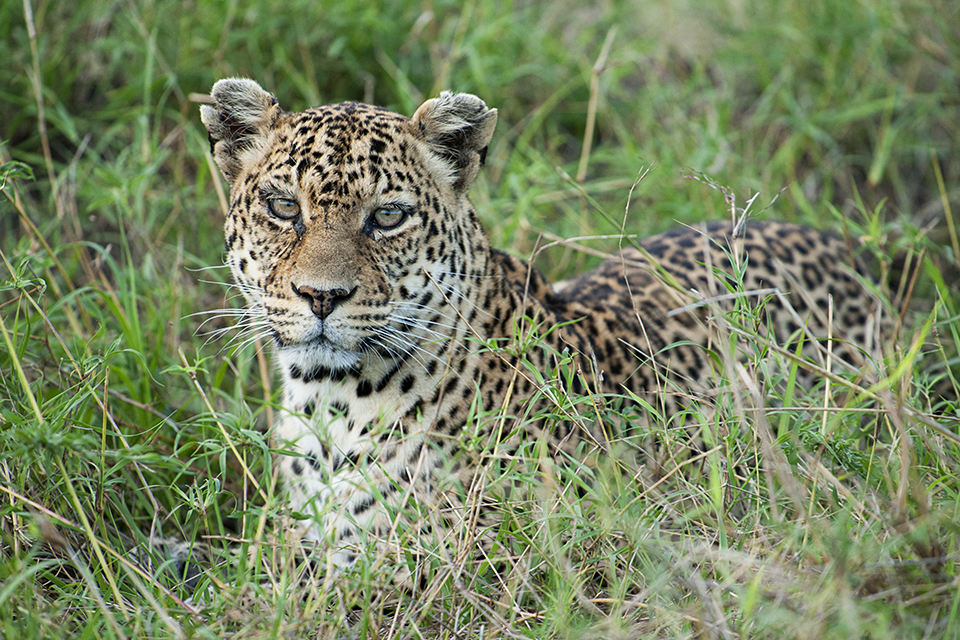 We had been on many game drives in Maasai Mara but the Leopard stayed ever elusive. The jinx broke when we sighted a Leopard on our very first game drive during this trip to Maasai Mara. And what a spectacular sighting it was! Emanuel, our driver and guide spotted some movement on the shrubs by the side of the road and we stopped to get a clear view. Whatever it was, it seemed to have hidden itself amongst the shrubs. After a few anxious moments of waiting, it popped its head up and to our disbelief it was an adult Leopardess hiding in the shrubs. 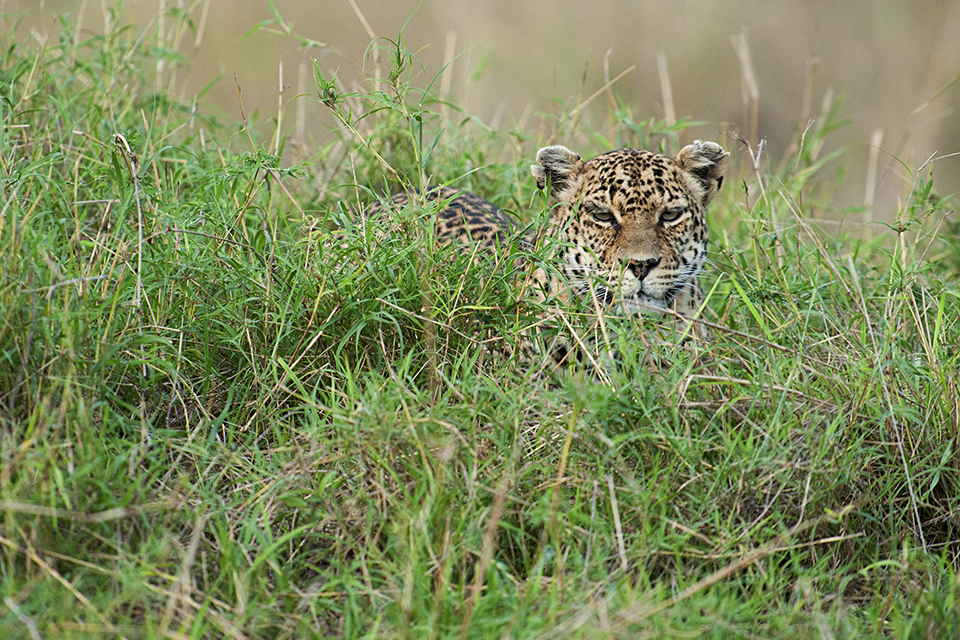 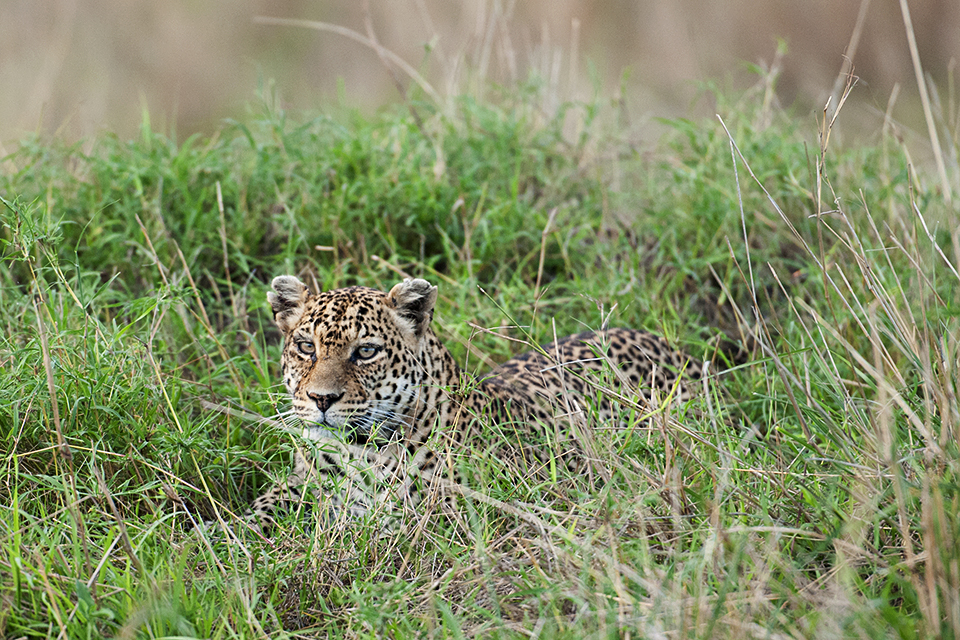 Once we spotted it, we slowly moved the vehicle closer till it was right next to us. Because of the sloping gradient of the road at that place, the Leopard was at eye level to us. After a few minutes of waiting, the Leopard seemed to have relaxed a bit and was now fully visible to us giving us an opportunity for a clear picture. 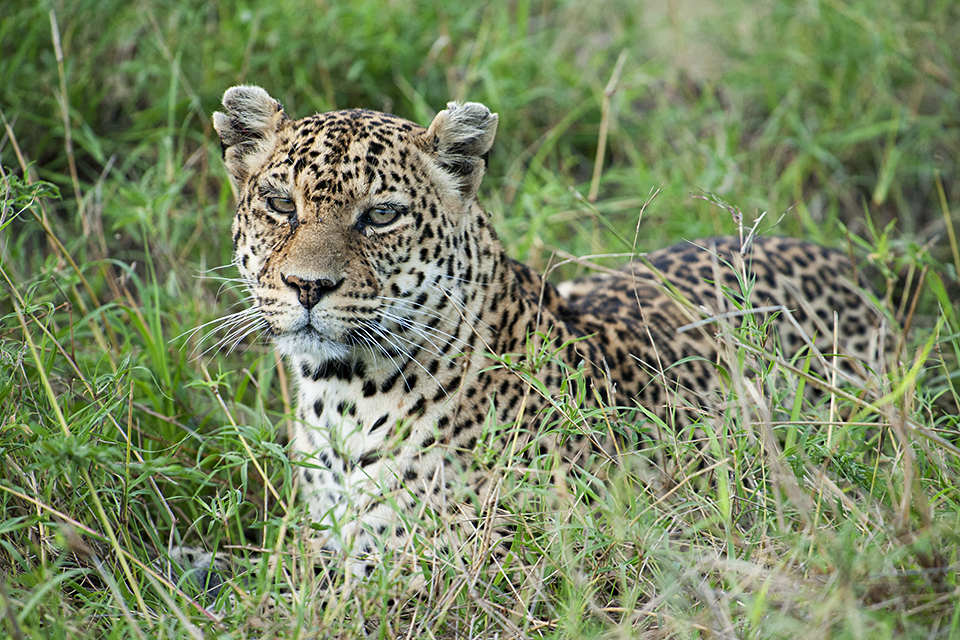 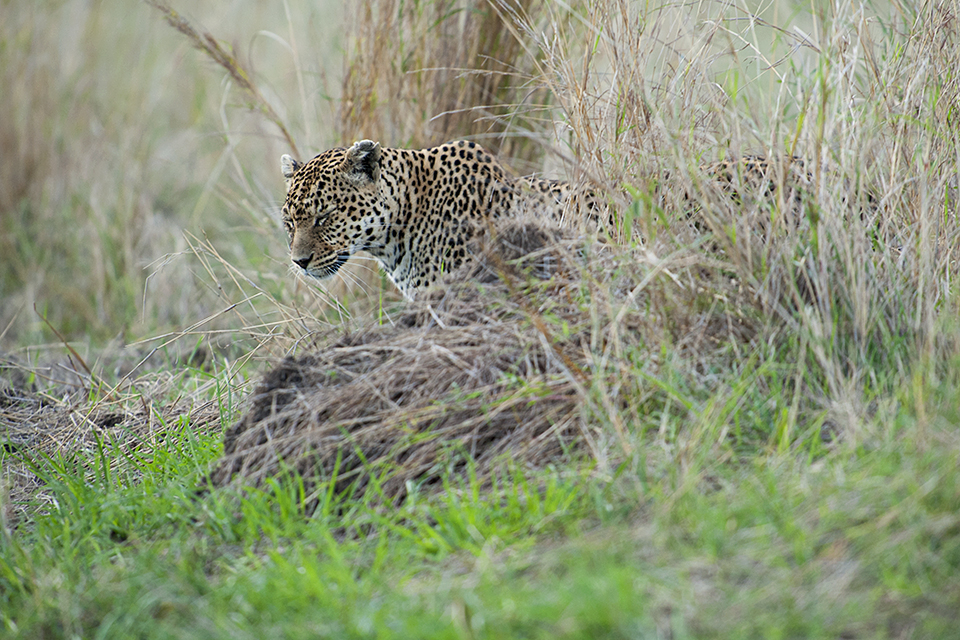 Emanuel kept telling me that Leopards in Maasai Mara are very shy and this one will soon make a run. And true to his words, the Leopard got up and was ready to move. However, it gave us just about enough time to get a few frame filling compositions as seen in the picture above and the feature image (first image) of this post. Once it moved back into the tall grass we lost sight of it, but it was clear it was going to cross the road behind us. Very soon it emerged cautiously, a little away from behind our vehicle and quickly crossed the road as the first of the other tourist vehicles started approaching. Unfortunately for these tourists, by the time they reached the spot, the Leopard had already disappeared into the Maasai Mara wilderness. 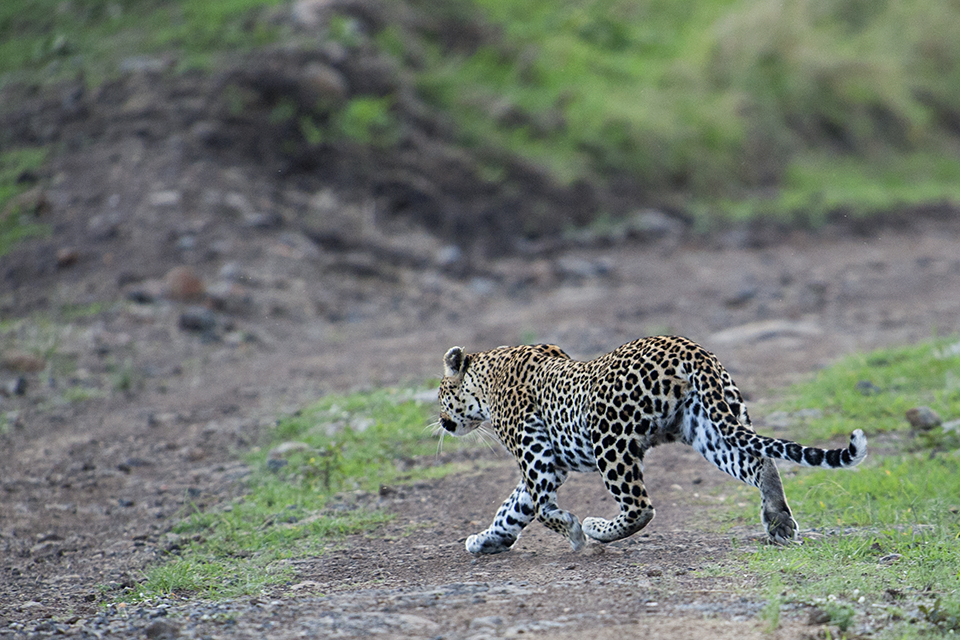 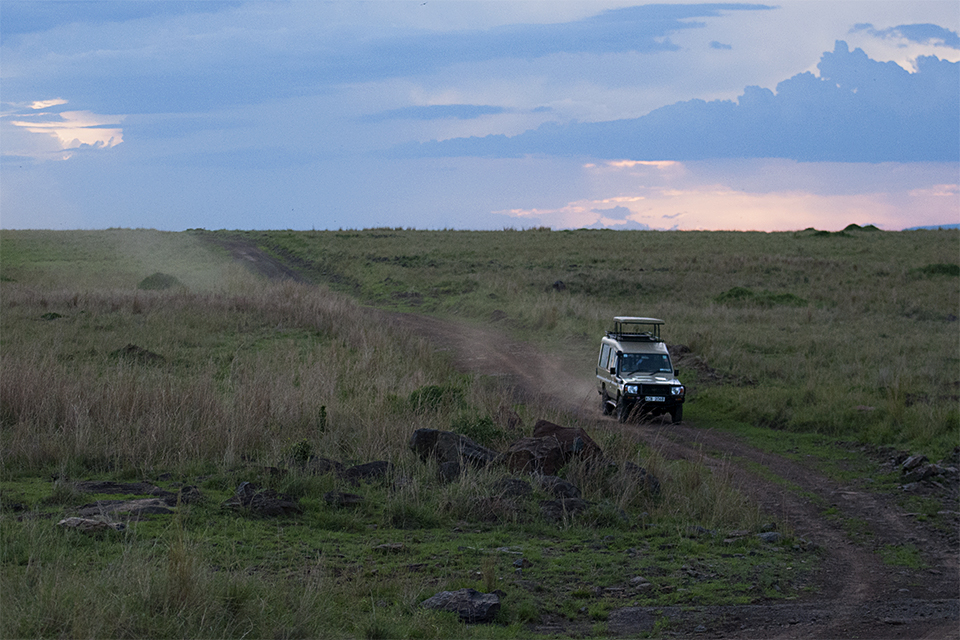