The Superb Starling is by far Tanzania’s most widespread and best known Starling. The iridescent blue-green upper parts combined with it’s rich chestnut colored underbelly and white yellow eyes, makes it a bird with the most contrasting colours seen in Serengeti national park. It is impossible not to spot this bird wherever you go to Serengeti.

We first spotted this bird when we were parked at the Serengeti national park office to get our permits to enter the park. After we got the permit, while having lunch, we found this Starling all over the place. Tourists and locals treated this bird like a pest and were not bothered about it. We made it a point to photograph this colorful bird later during the safaris in its natural habitat.

We got a few opportunities to photograph the Starling. Once we spotted this bird foraging in the grass by the side of the road. In another instance, a Superb Starling flew by and sat on a perch that was at eye level from the Land Cruiser, thereby giving us an opportunity to photograph it against the blue skies. Here is a portfolio of East Africa’s omnipresent Starling from our various sightings. 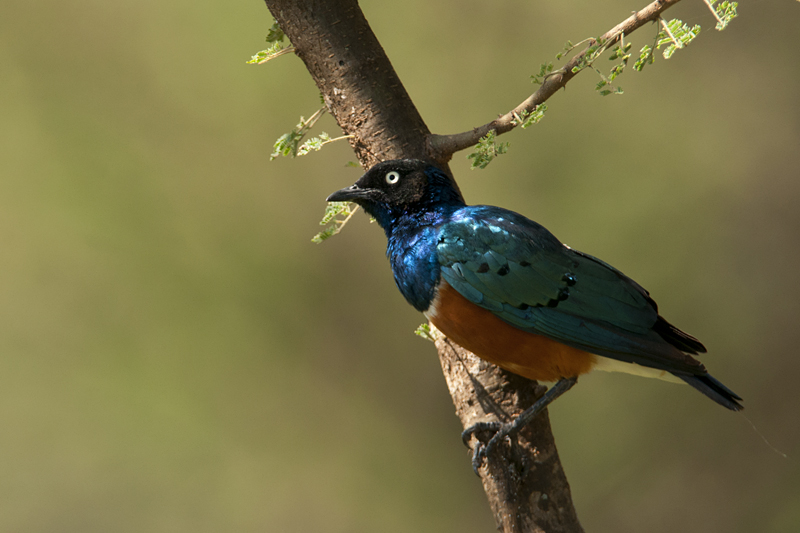 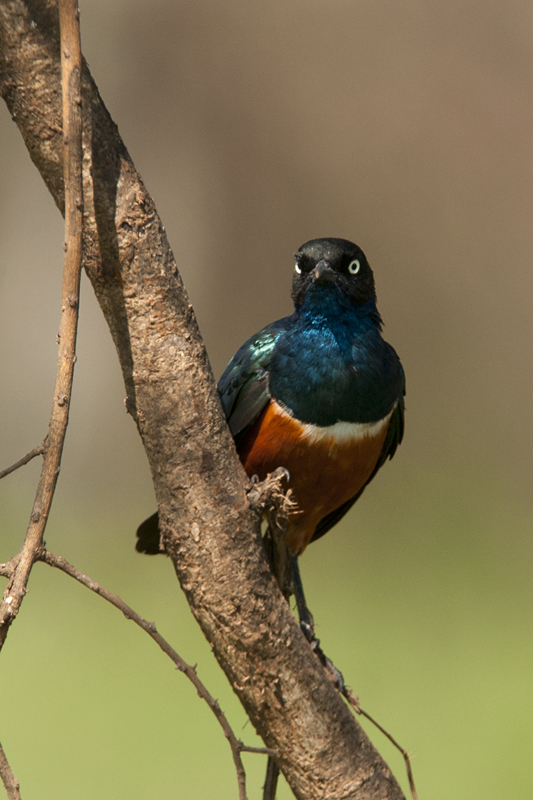 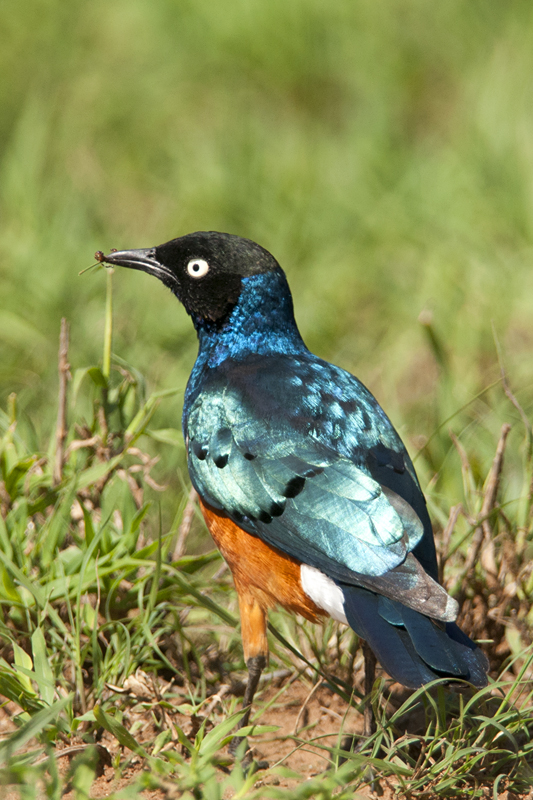 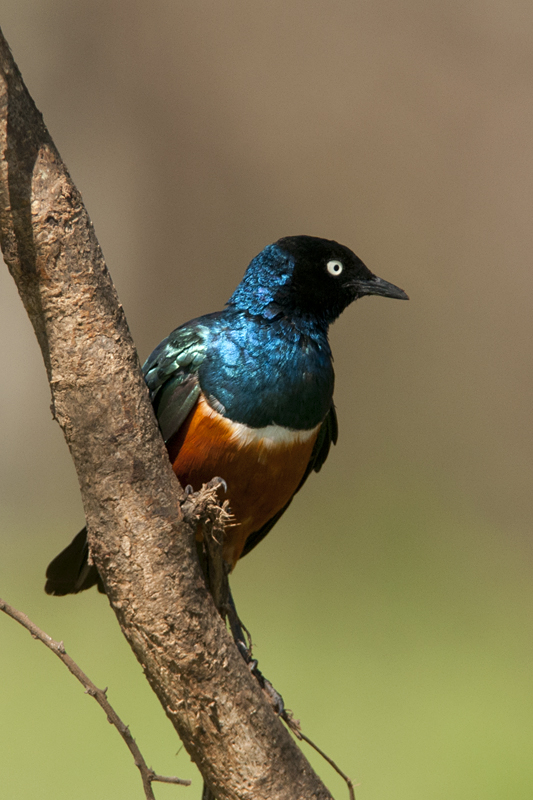 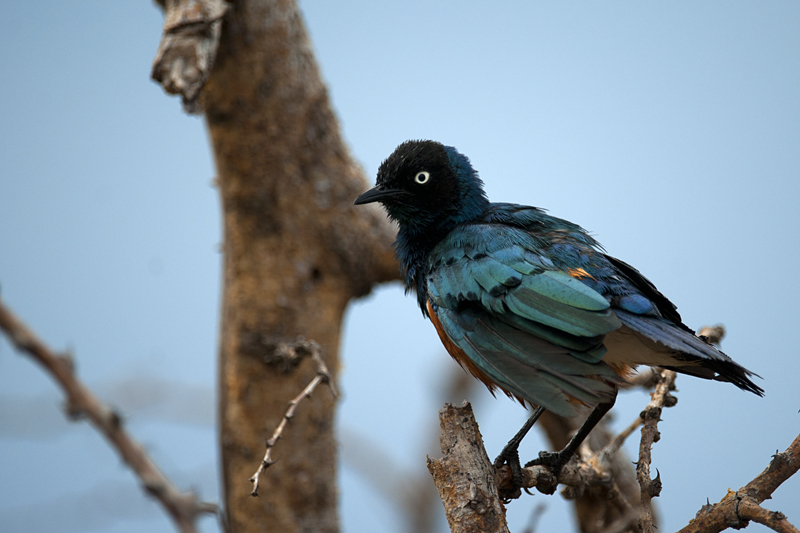