The endangered Lion-tailed Macaques of India 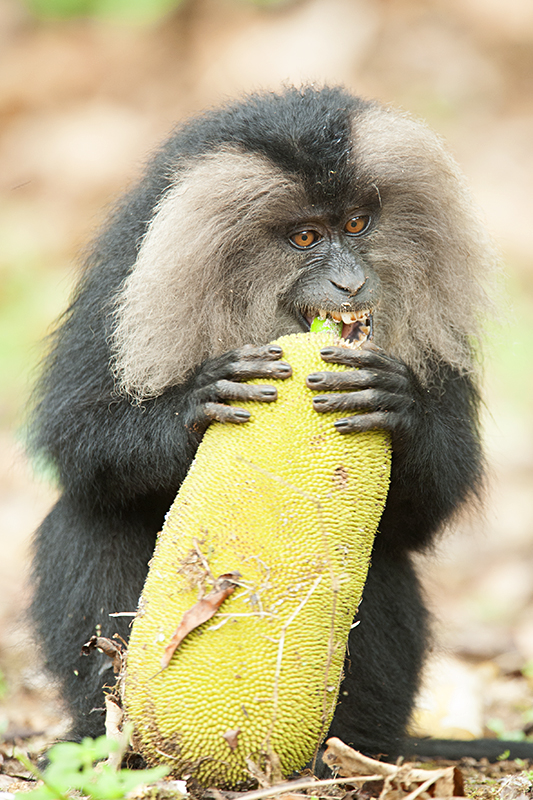 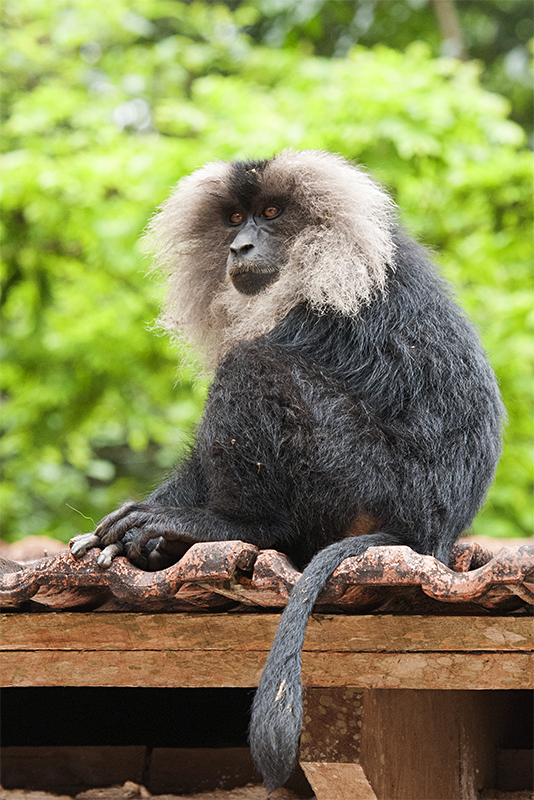 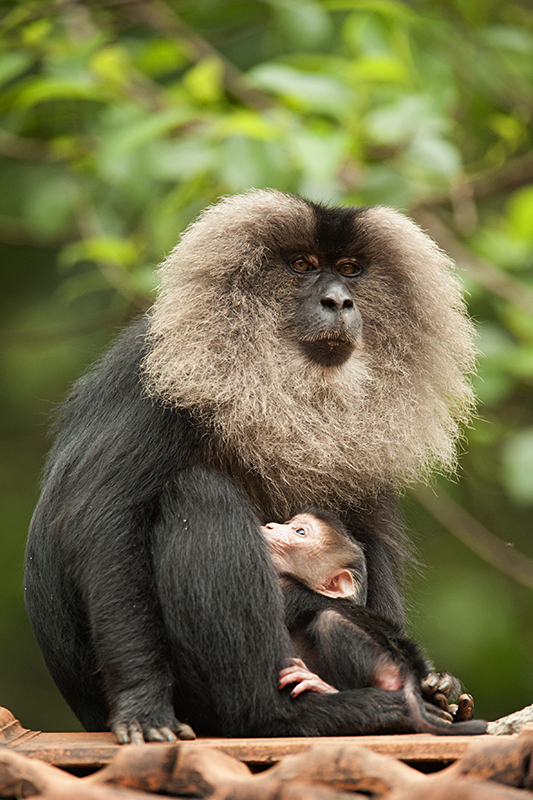 A little further away on the same roof sat another Lion-tailed Macaque with a young one tucked in her arms. I waited for her to turn in my direction and took this picture (above). After a few moments, the mother took hold of her infant and moved away. This Platoon of Lion-tailed Macaques were feasting on Jack fruits growing around in the estate. I followed another female with a young one to one of the Jack fruits that had fallen to the ground and got a few pictures of her feeding on the same. The feature image (first picture) was another male Lion-tailed Macaque feeding on a freshly plucked Jack Fruit. 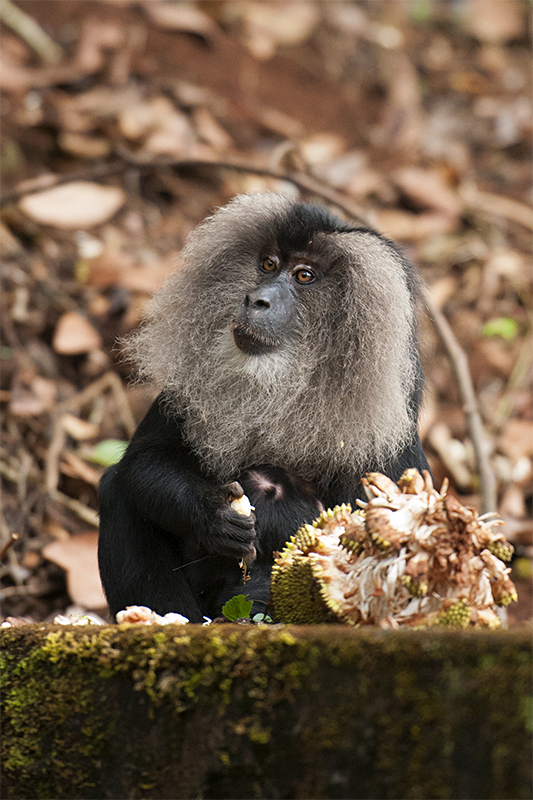 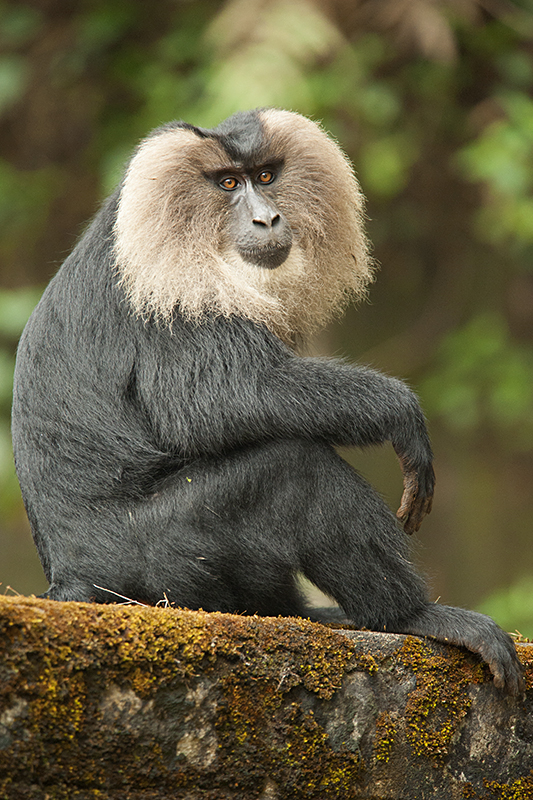 I was spoilt for choice with so many Lion-tailed Macaques around me. I only wished the light was a little more camera friendly, to allow for higher shutter speeds. Most pictures were shot around 1/100s at 600mm focal length and barely shake free. While I was photographing the Lion-tailed Macaques taking turns to feed on the fruit, I suddenly noticed the Alpha male of this platoon casually walk towards another Jack fruit. I readied my camera with the hope of getting a couple of shake free images of this massive Lion-tailed Macaque and got this picture while he posed for a few seconds.

Soon it was clear that this troop of Macaques were very comfortable in the Puthuttotam annexure surroundings and it was playtime for some of the younger members. Their action was so fast and at 1/100s it was literally impossible to get a blur-free image. Therefore it was nearly a miracle that at 1/40s, the eye of the Macaque (below) was photographed shake-free. 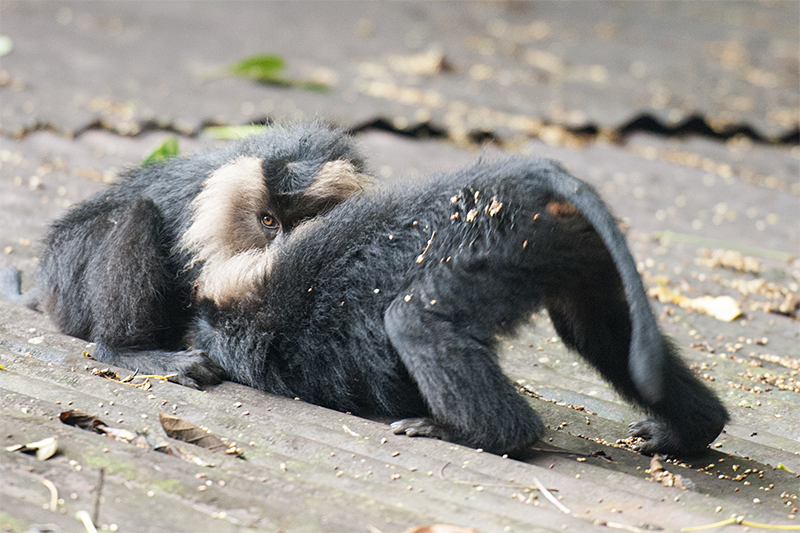 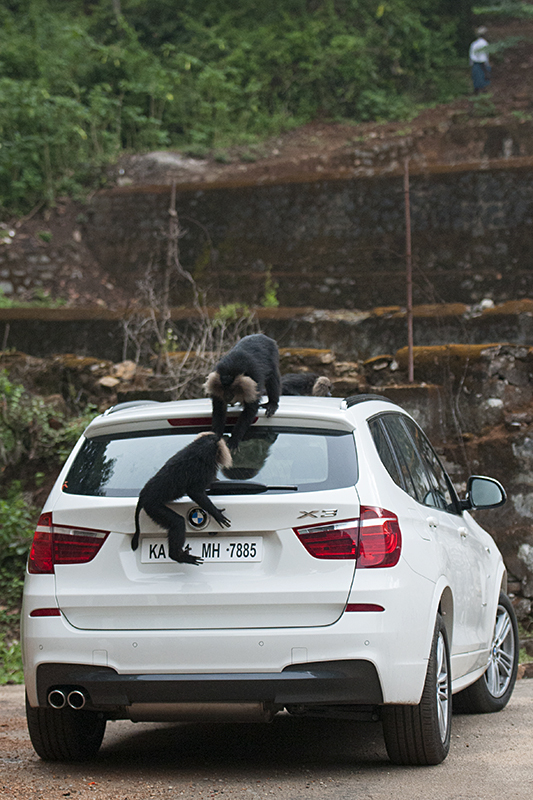