The golden hour with a courting pair of Lions

After a somber beginning to our evening safari with the sighting of the Wildebeest herd, we drove further north into the Masai Mara Reserve when our driver and guide suddenly shouted “Lion”. Almost instantaneously I spotted the Lion resting in the bushes some distance away. Our driver was pleasantly surprised that I spotted the African Lion that was well camouflaged in the bushes about 200 feet away.  We quickly drove closer, only to realize that it was a pair of African Lions, a male and a female. There were no other Lions in the vicinity and the peculiar behavior of the male that we will explain later in this post, was a clear giveaway that this was a courting pair of Lions (below). 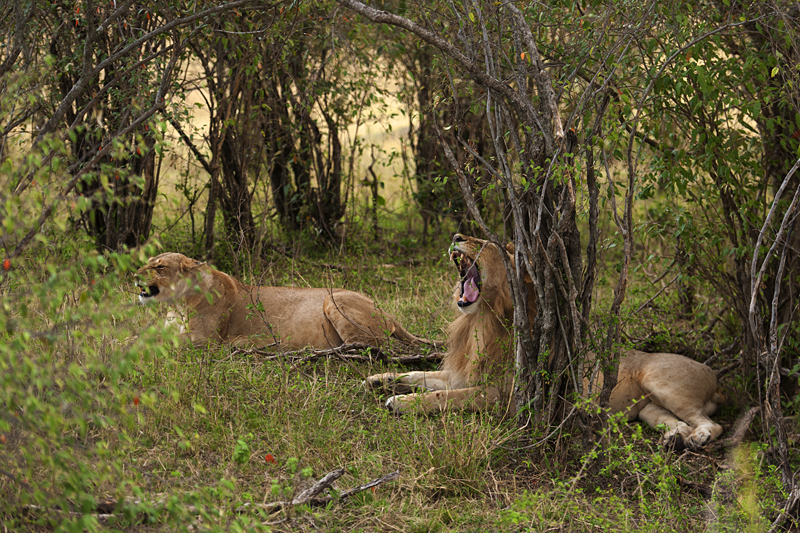 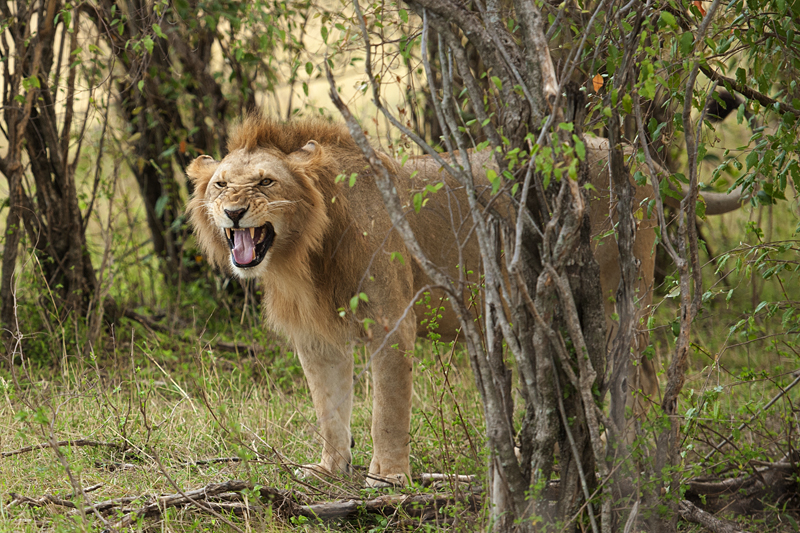 We could not but thank our lucky stars to have spotted this courting pair of Lions and we decided to stay with the Lions for the rest of the evening to observe their behavior. When the Lioness realized that we were not going anywhere, anytime soon, she soon got up and moved to the other side of the bushes, away from our sight.  After a few minutes, the Lion got up and kept posing with a Flehmen response (above & below). The Flehmen behavior is demonstrated by curling its lips upwards and barring the teeth. Once he was sure that the Lioness was ready, he quietly followed the Lioness to the other side of the bushes. 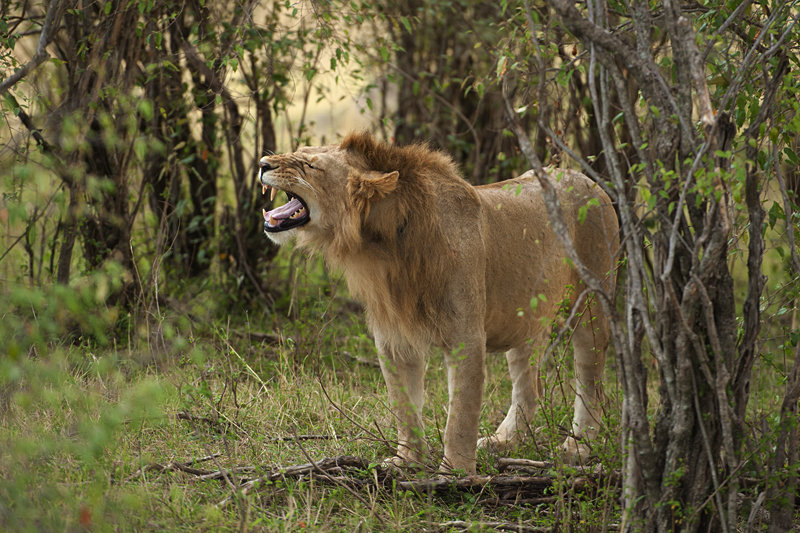 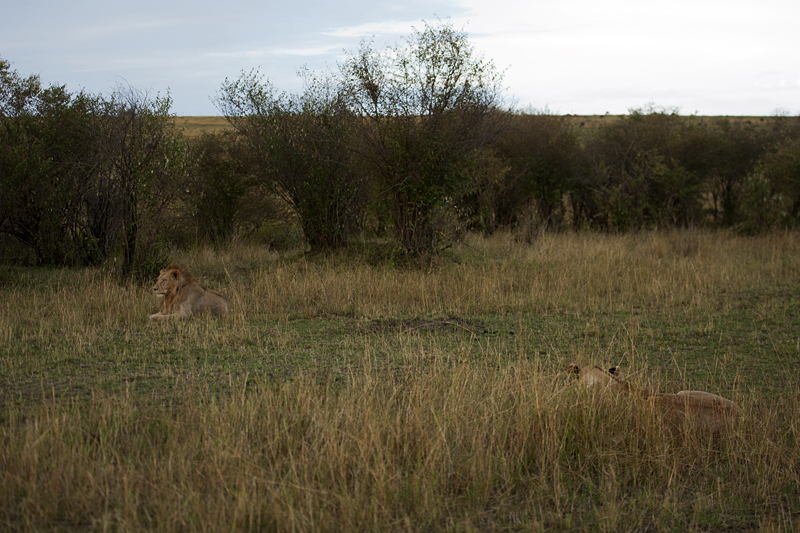 When we drove around to reach the other side and caught up with the courting pair, we were thrilled to see them relaxing in the open grassland (above). That gave us the opportunity to conveniently maneuver our vehicle to a position where we had the sunlight behind our shoulders and directly on the Lions. All the while the Lion kept the Lioness and us in his sight. Every now and then he would turn around and look directly at us. As he did that we would unleash a bunch of camera clicks and capture his stance (below). Watching these Lions go about their business nonchalantly in the golden hour was an incredible experience. The best part was when the Lion held his head high and yawned; we captured that pose as the feature image (first image) of this post. 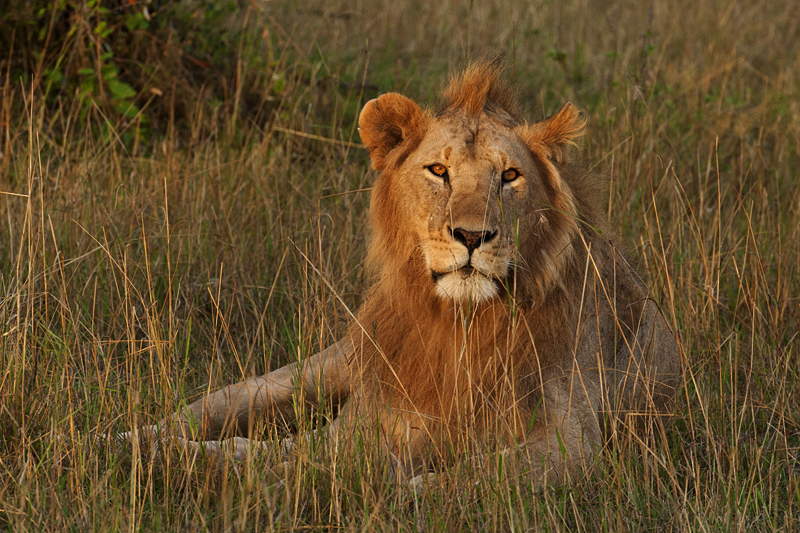 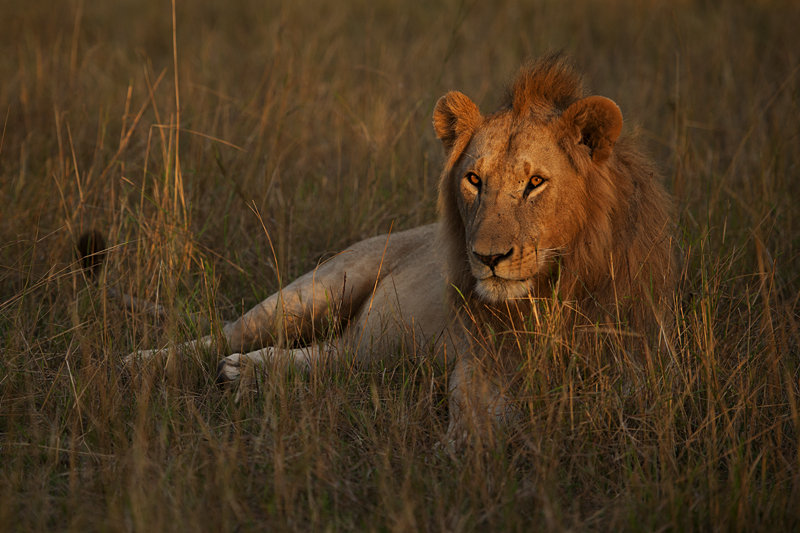 Then all of a sudden, the Lion got up and approached our vehicle and slowly walked past us, barely inches away from the vehicle. It was a hair raising experience to have this majestic predator walk within an arm’s length. He then sat down again in the grass positioning himself between us and the Lioness. His closeness to the vehicle (above) made it clear that this was a display of dominance. We also realized that the Lion was getting a little annoyed by our presence and it was also getting late, for us to get back to the Lodge. We left the courting pair to mind their business and headed back to the lodge with the sunset in the distant horizon (below). 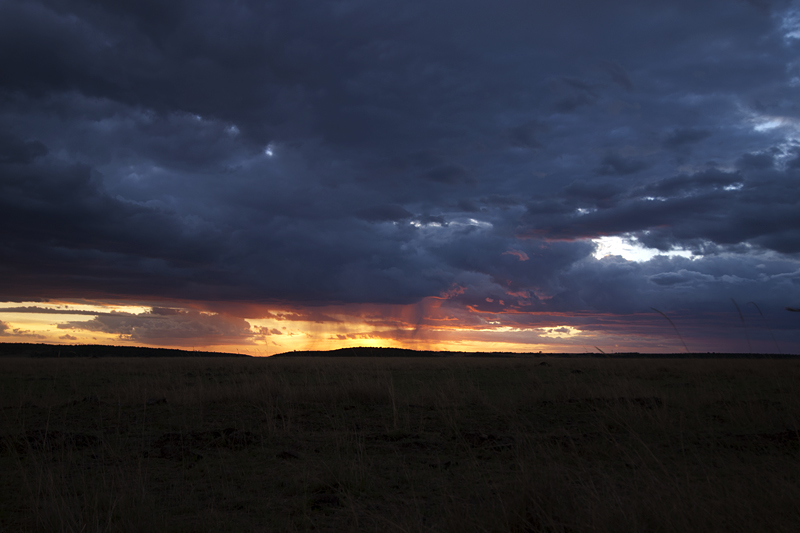