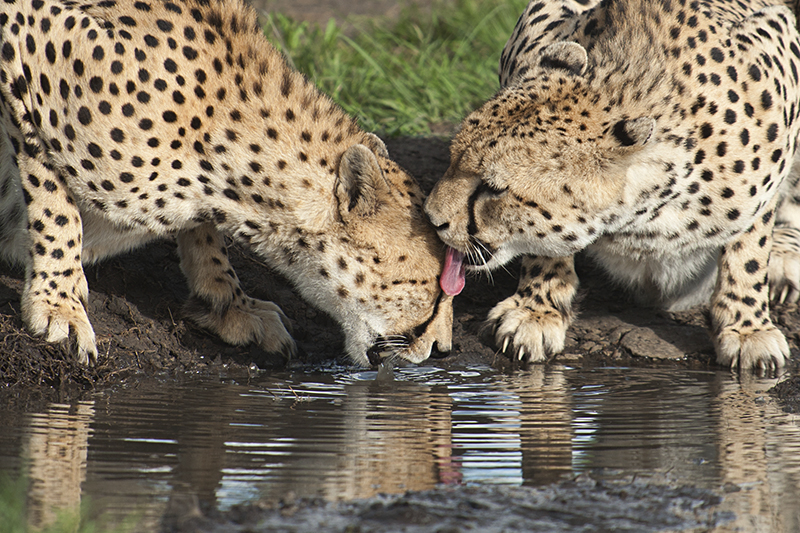 The Cheetah brothers that we spotted in Masai Mara kept moving from tree to tree scent marking the territory. That gave us many opportunities to photograph their behavior. You can read more about it in our previous post. I guess all the scent marking made the Cheetah brothers thirsty. At one point the dominant Cheetah brother, who was leading the way, looked back at his brother as though to tell him something and then walked back onto the game track and settled down to drink some water at a puddle on the tracks. 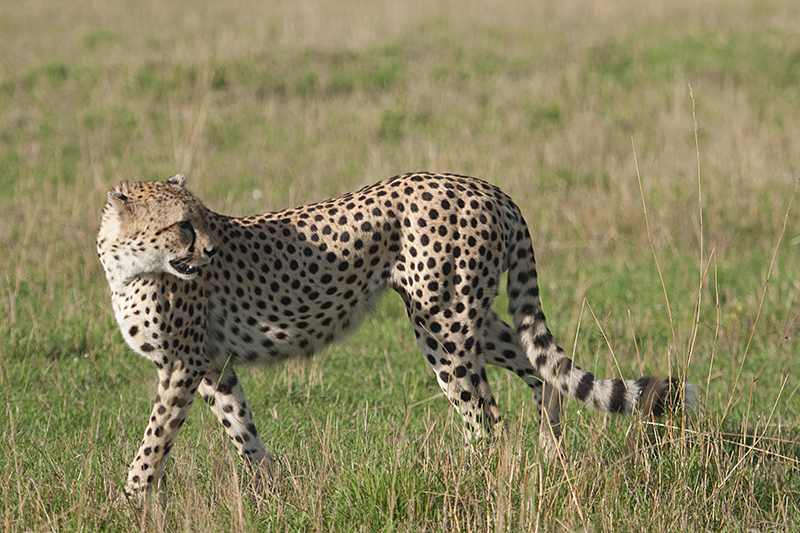 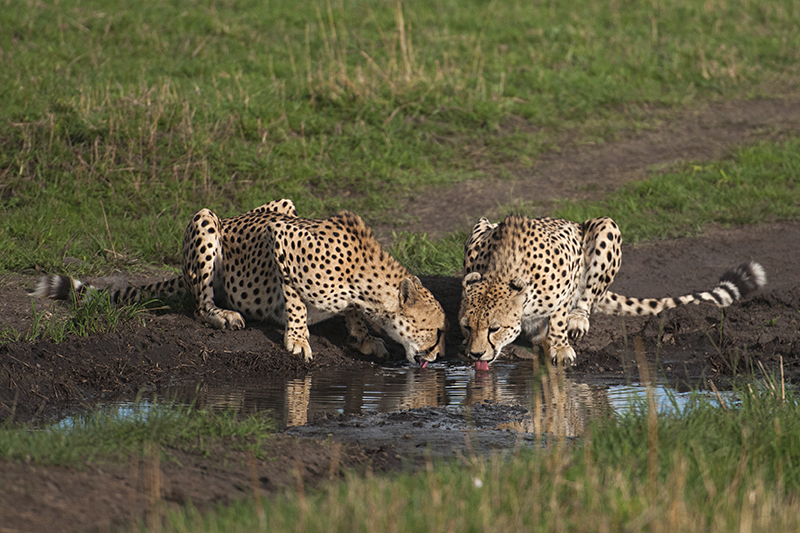 Soon the other brother joined in, and both of them settled down for a leisurely drink. We captured the picture (above) with the D300 mounted with the 70mm-200mm f2.8 lens and we also captured a similar picture (below) with our other camera setup, D700 with 300mm f2.8 with 2x TC. While the normal zoom 70mm-200mm (above) gives the full picture of the scene that unfolded, it’s the telephoto 600mm that helps in capturing the expressions of the brothers. Another intimate capture of the dominant brother licking the other Cheetah made the whole sighting worthwhile and we made that into the feature image (first image) of this post. 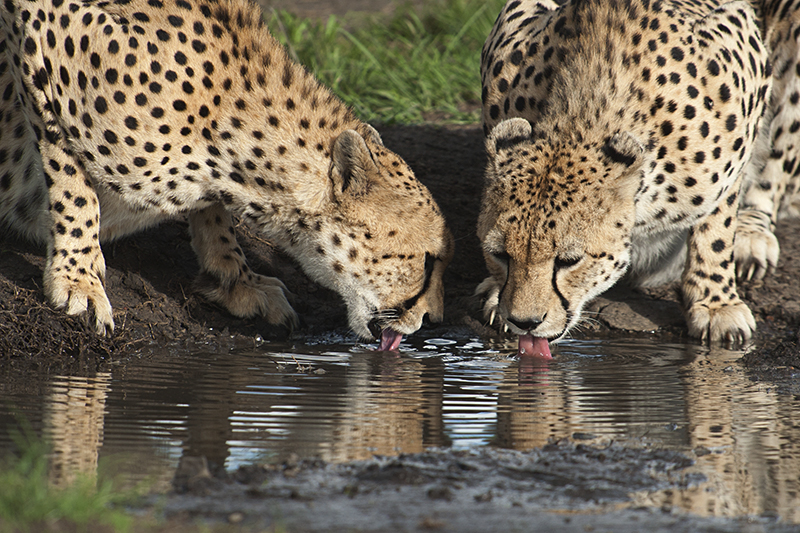 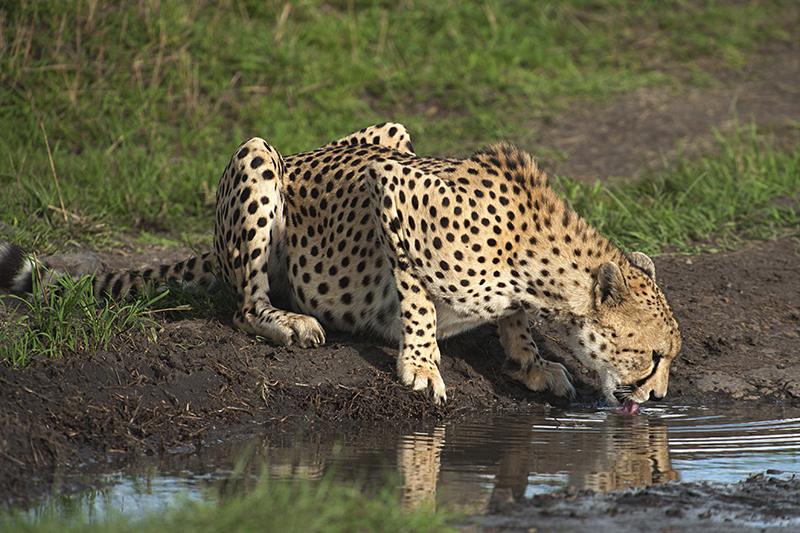 The dominant Cheetah brother was the first to leave the puddle and that gave us the opportunity to focus on the other brother who was drinking water (above). Having quenched his thirst, the second Cheetah too got up to follow his brother. However he was kind enough to give us this pose (below) before he left the puddle. It was amazing to see these wild Cheetahs go about their business in the middle of nowhere in Masai Mara. 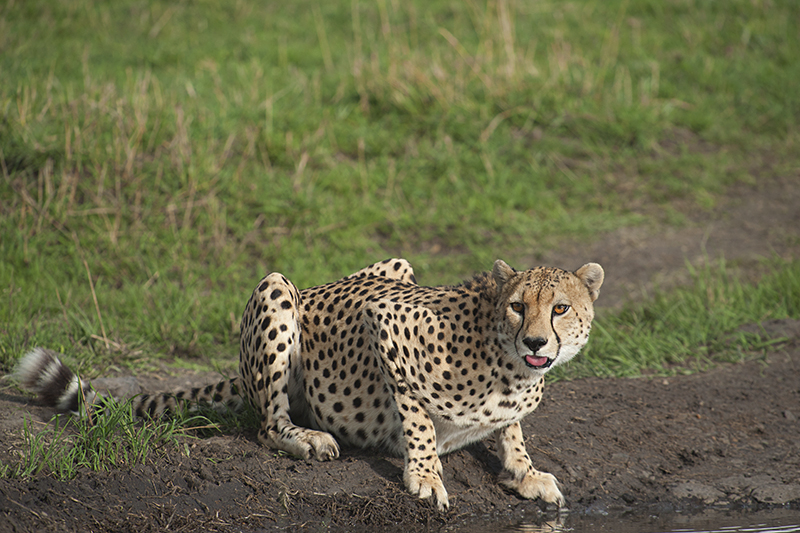