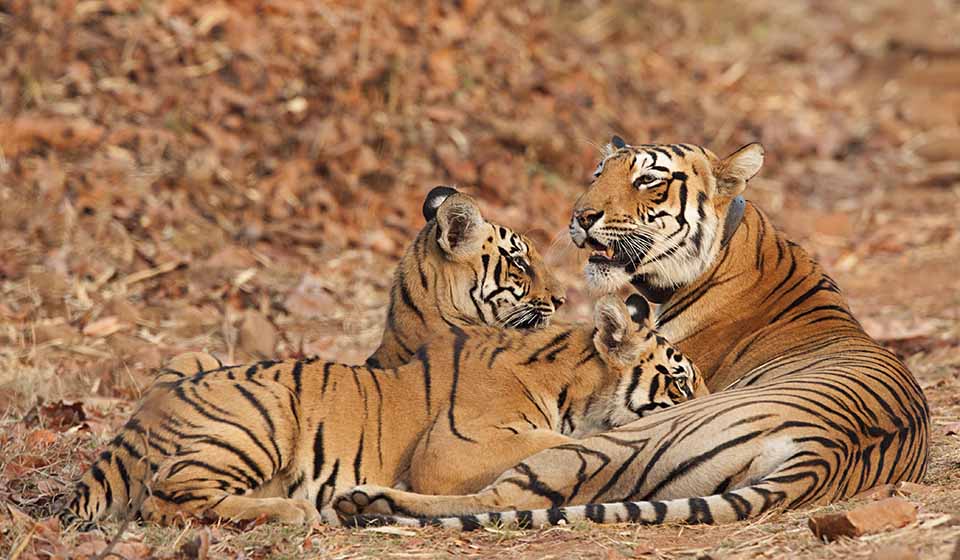 Watching Choti Tara (Tigress) with her two cubs blissfully sitting in the open, in Tadoba National Park was an amazing sighting. But we were not prepared for what happened next. One of the cubs walked over to Choti Tara and we watched her shower her affection on him. 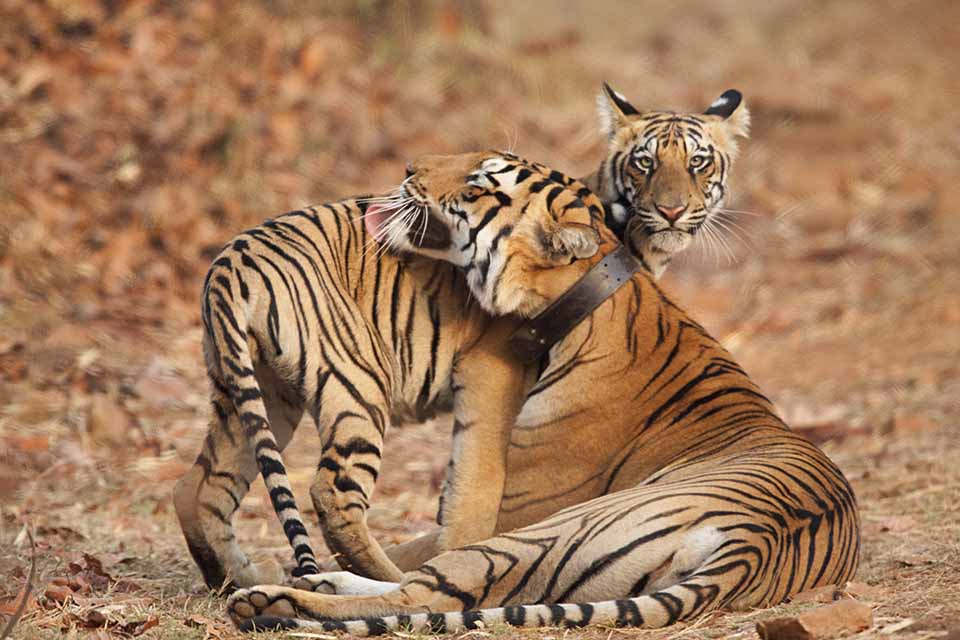 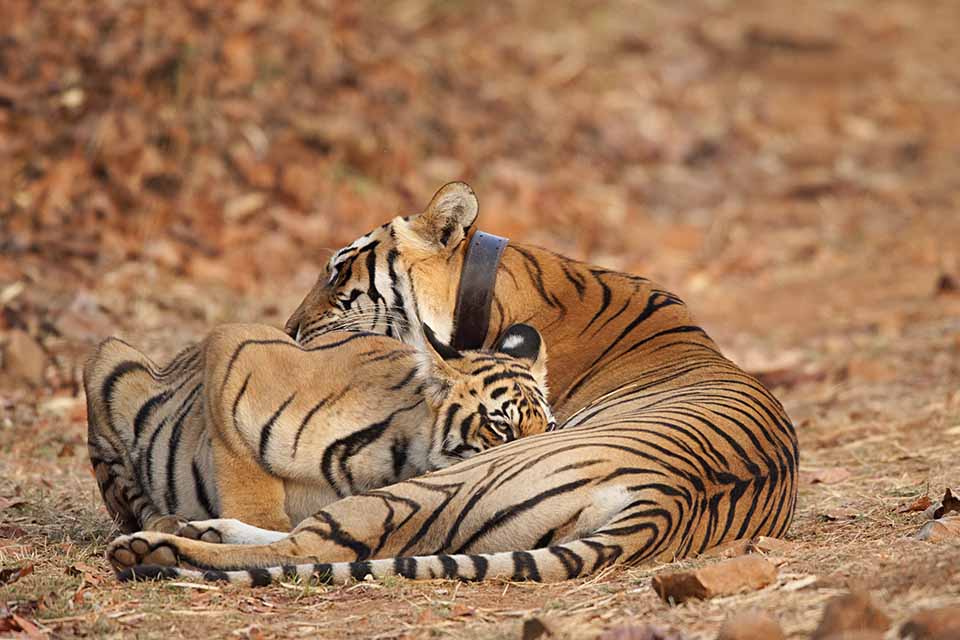 After a few moments of affection, the sub-adult Tiger cub started suckling. That was an absolutely amazing sighting, which brought tears to my eyes. Seeing one brother feeding, the other Tiger cub also came over and he too was looking to suckle. 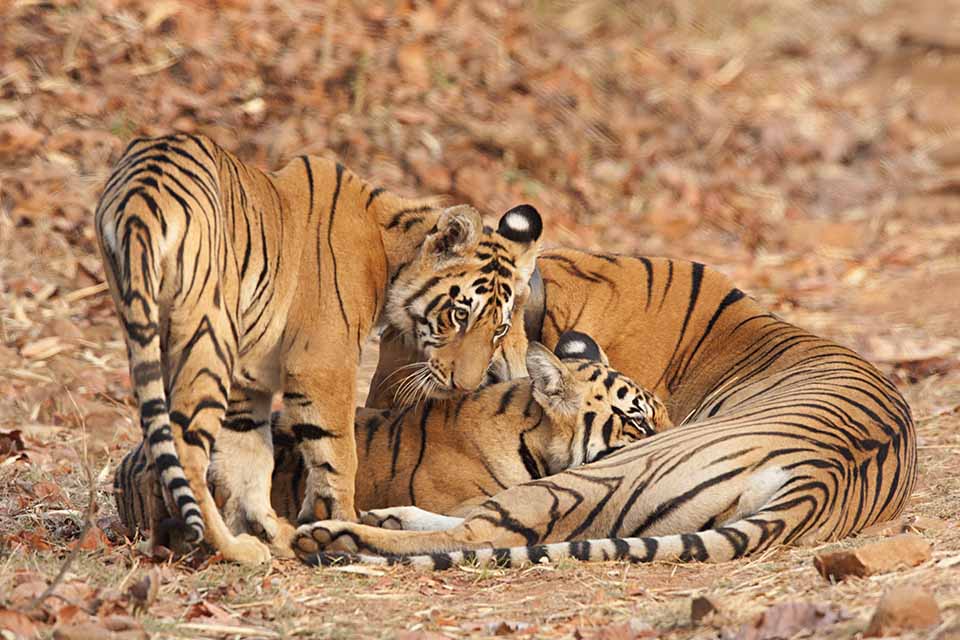 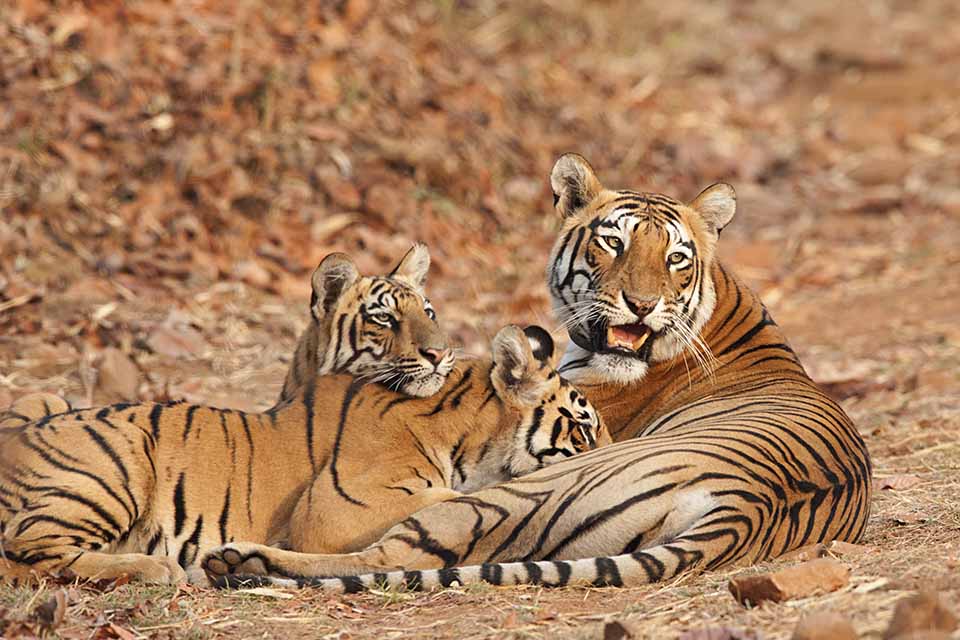 At one point, we saw both the sub-adult Tiger boys suckling side by side. That made an amazing picture. But the picture above, with one cub resting its head on its brother, while it continued suckling, was one of the best shots of the day. Very soon we saw the Tigress get a bit uncomfortable when a tourist in the Jeep next to us made some noise. With so many onlookers, the Tigers had to move away to a safer distance. But before they did so, we took this picture (below). Looking at this picture and the second picture (in this post) it is clear that the Tiger mom seemed to have a favourite son. We will talk about the favourite son in another post sometime in the future. 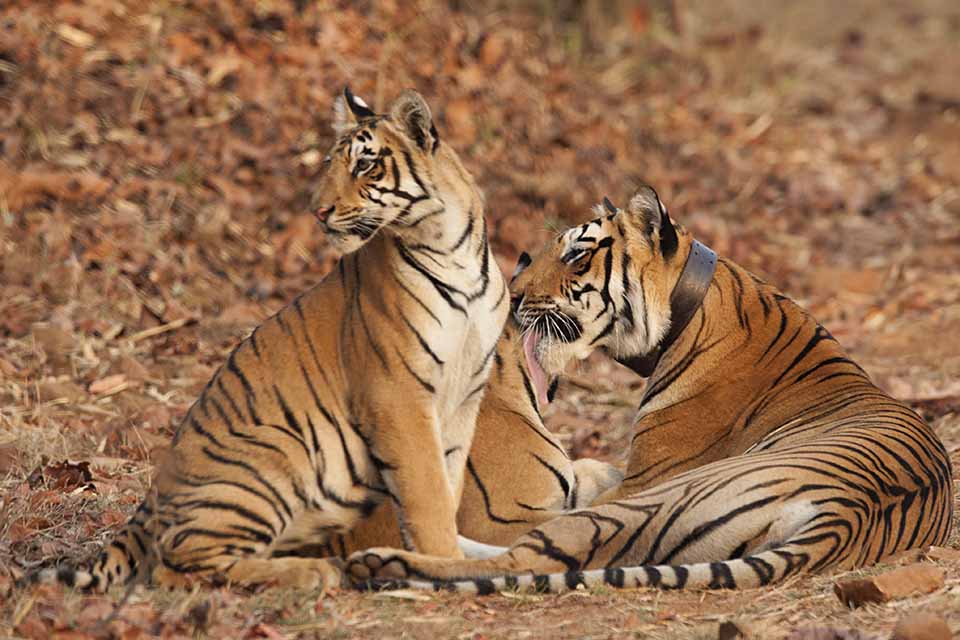