Scent of a Tiger in Bandhavgarh 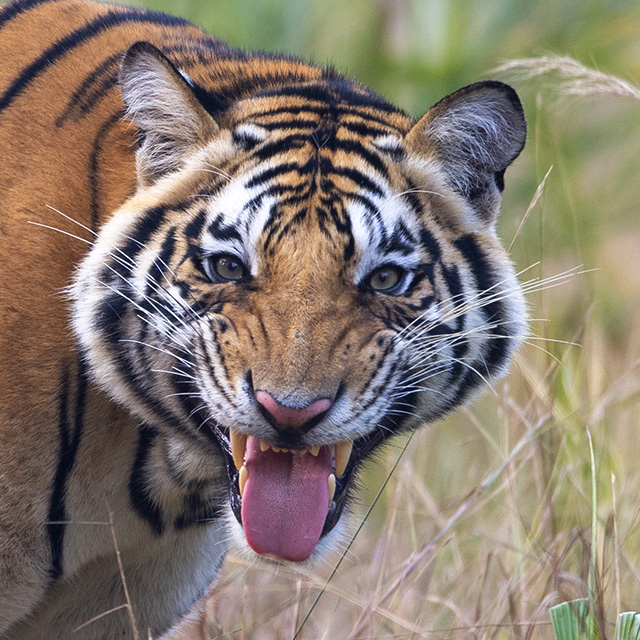 The Tiger brothers in Bandhavgarh who we were tracking had clearly caught the scent of a Tiger, as evident from their facial gestures. They took some more time to catch the scent and headed off gingerly along the tracks. The earlier aimless ambling had turned into a more serious tracking. And we were all excited to see the third sibling, which we believe was a Tigress.

The next thing we heard was the roar of a Tiger, and one of the Tigers came running onto the tracks, followed by another Tiger. The dominant second Tiger stood over the submissive first Tiger and then headed back into the thicket. It took us some time to realise what had just happened. The second Tiger was ‘Jobhi’, the Tigress that owned this territory of Bandhavgarh. The Tiger siblings had caught the scent of this Tigress, not their sibling, and were searching for her. If the Tiger sibling hadn’t taken up the submissive posture, he would have been surely mauled by the Tigress.

As soon as the dominant Tigress went back into the thicket, to show the other Tiger sibling who the boss was, this Tiger cub quietly got up, retraced his tracks and soon disappeared into the bushes. We waited to see if we would see the Tigress fighting with the second Tiger cub.