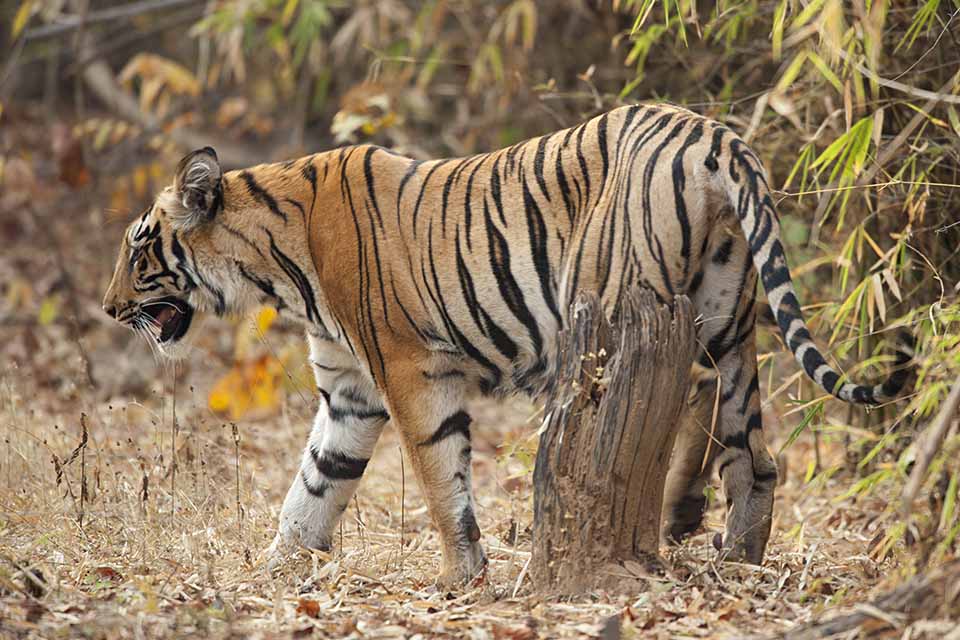 We embarked on our next day’s morning safari in the Agarzari buffer zone and photographed this Open-billed Stork while waiting to get a glimpse of a Tigress that visits this zone of the Tadoba National Park. With no sign of any movement, we headed to a different part of the buffer zone to scout for more action. 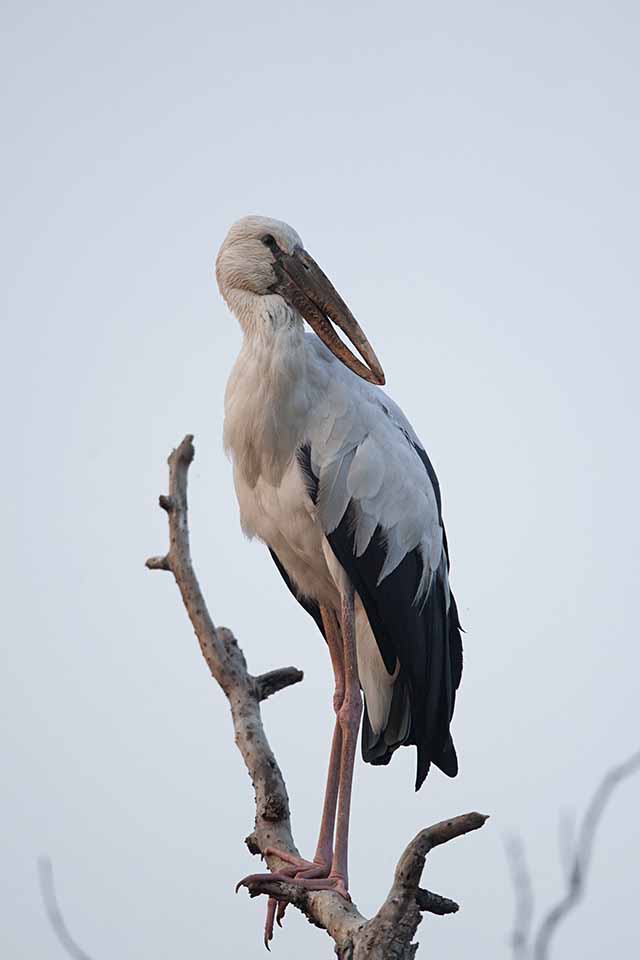 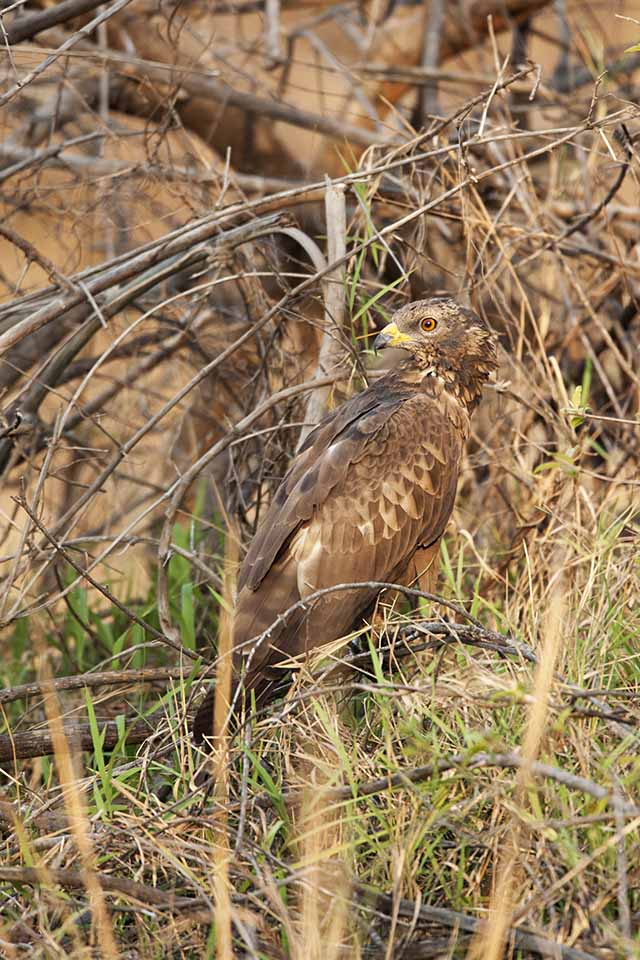 While we waited at the edge of the water, I noticed some movement in the shrubs and at first I thought I spotted an Owl, but when we drove closer it turned out to be another Oriental Honey Buzzard. We edged closer for a better angle and the bird turned and looked directly into the camera, making for a nice head-on portrait. The Tiger still remained elusive. 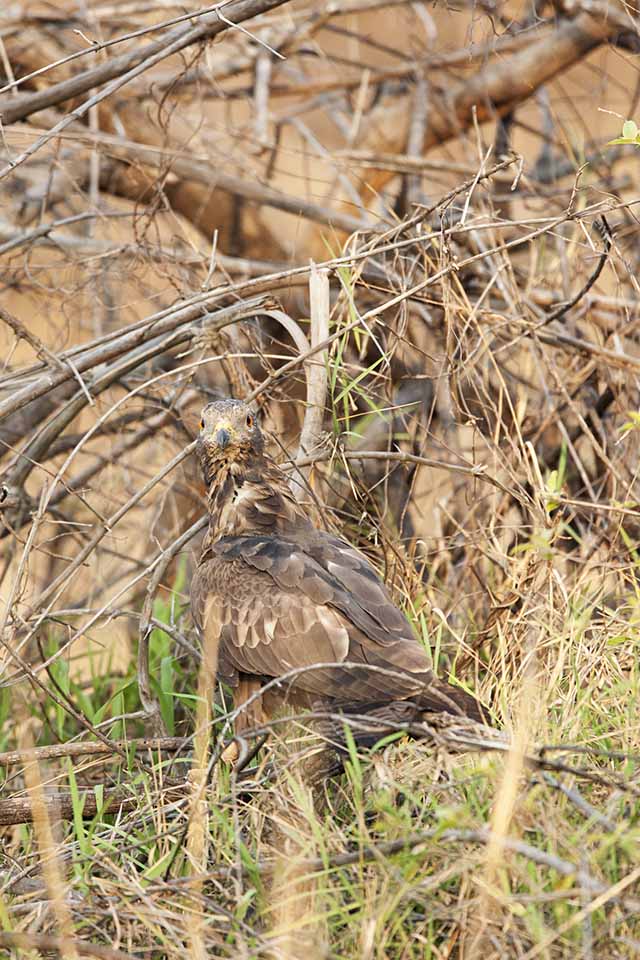 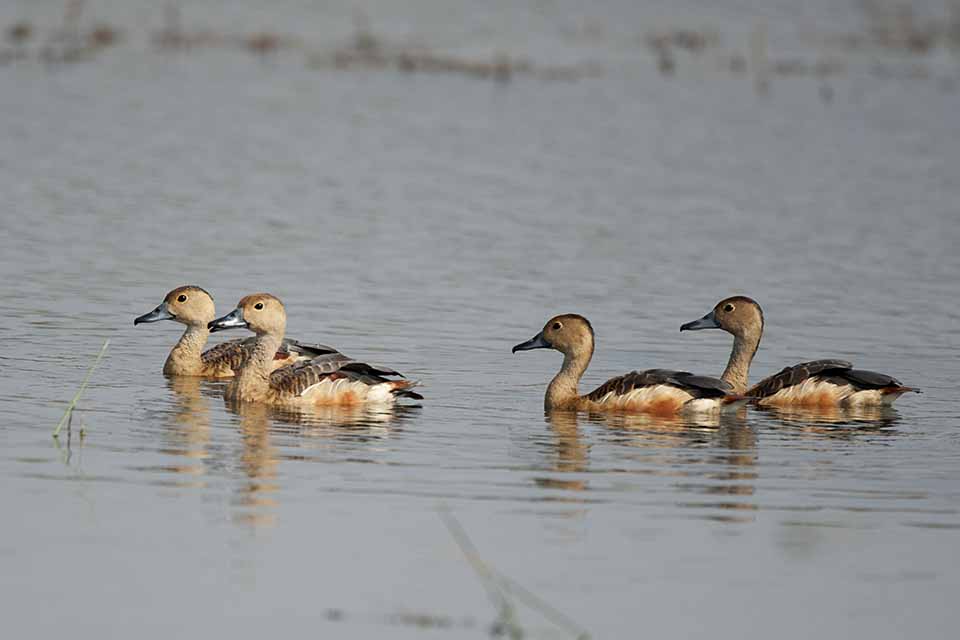 We went to another buffer zone for the afternoon game drive, which incidentally was right opposite the Agarzari zone. We reached the banks of the Iraq river again and spotted the Lesser Whistling Duck and Little Ringed Plover, but still no Tiger. 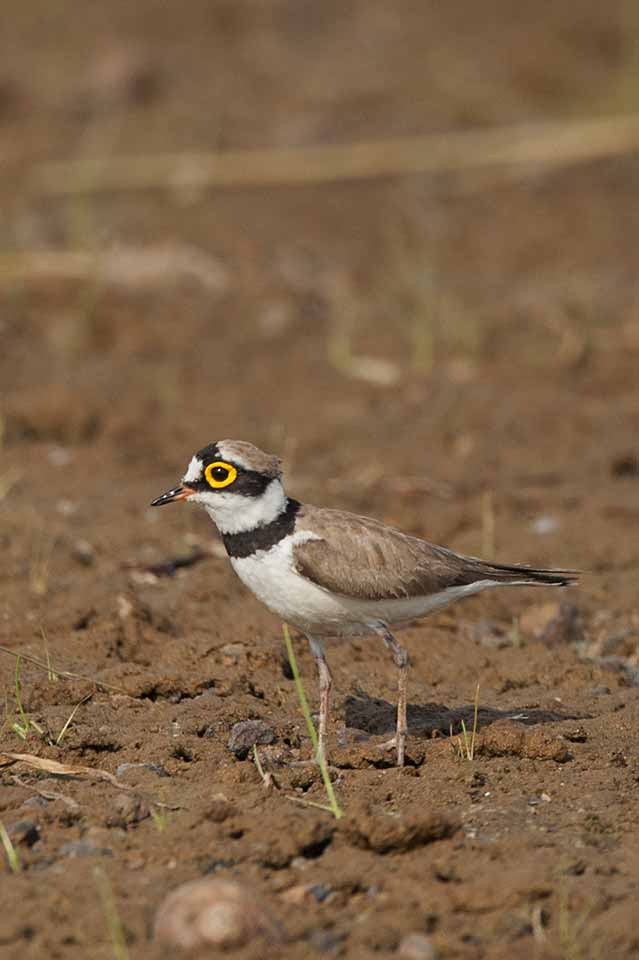 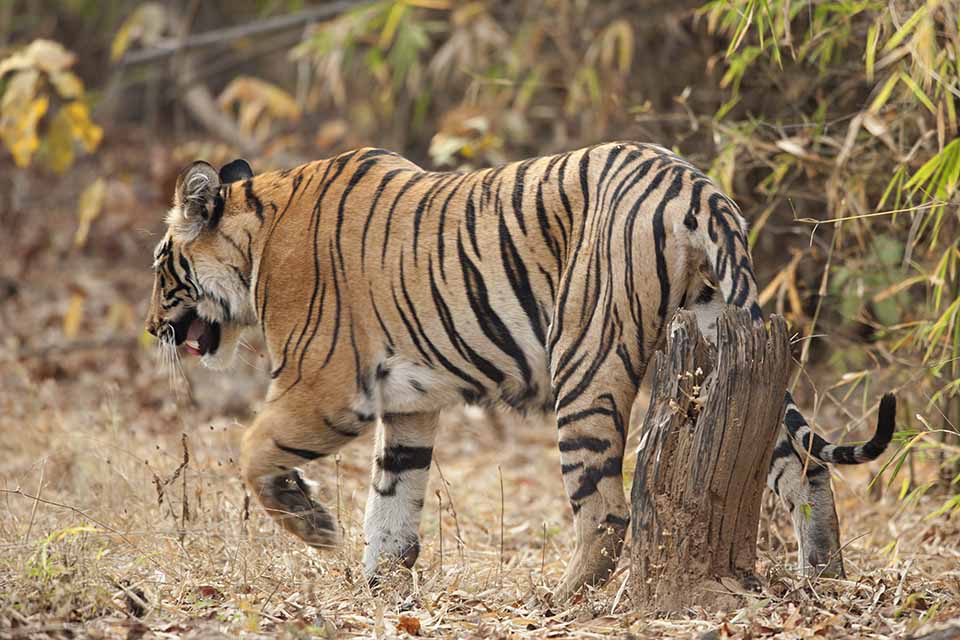 But our driver and guide was very confident of spotting a Tiger, since the elusive Tigress and her four sub-adult cubs were known to visit the water body towards the evening to quench their thirst. We parked our Jeep close to the area where these Tigers are known to cross on their way to the get a drink. After a prolonged wait, we spotted one of the cubs emerge from the shrubs and cross over, giving us just about enough time for a few clicks, one of which is the feature image (first image) of this post.