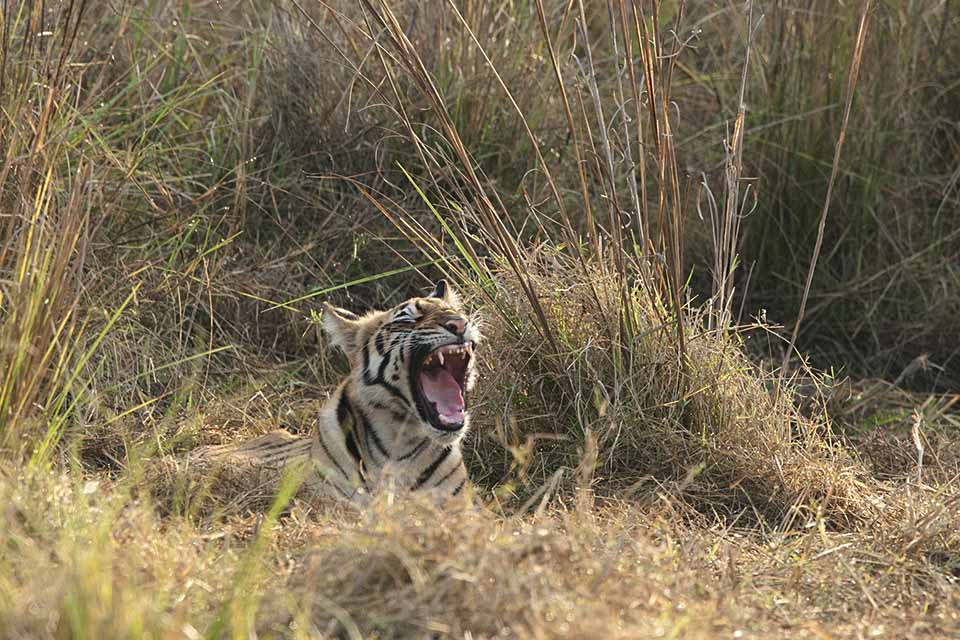 As my safari vehicle drove into Tadoba National Park for one last time on this trip, I couldn’t help but replay in my mind, all the fantastic sightings that Matt and I had been blessed with, over the days that we had been here. Matt’s first Tiger sighting happened in the Junone buffer zone. We then saw our second Tiger there; this hulk of a Tiger, popularly known as Matkasur. The third Tiger we spotted was the Wagdoh male, probably the largest Tiger in India, if not in Asia. And then we spotted Choti Tara with her sub-adult cubs, taking our total count of sightings to six Tigers. And finally, I saw Sonam who was my seventh Tiger for this trip. Little did I realise that while I was day dreaming, we had already entered the core zone of Tadoba and we were coming close to Choti Tara’s territory. The long trail of parked vehicles was indication enough that Choti Tara and her cubs had been spotted again. We decided to move right to the front of the vehicle trail and picked a spot, where the sun was directly behind the Tigers; not necessarily the ideal lighting condition. The scene in front of us was that of three sleeping Tigers (below). 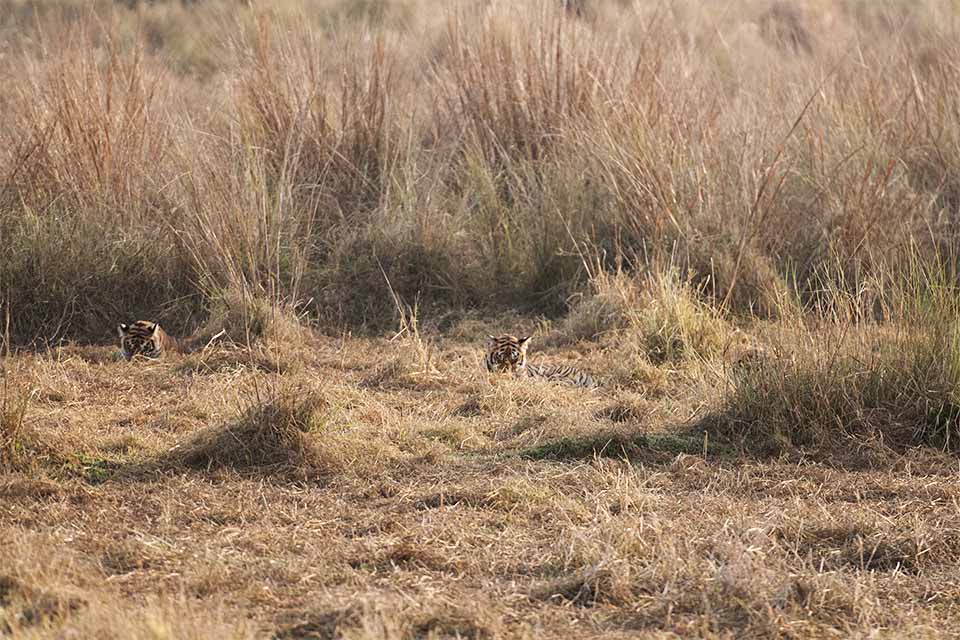 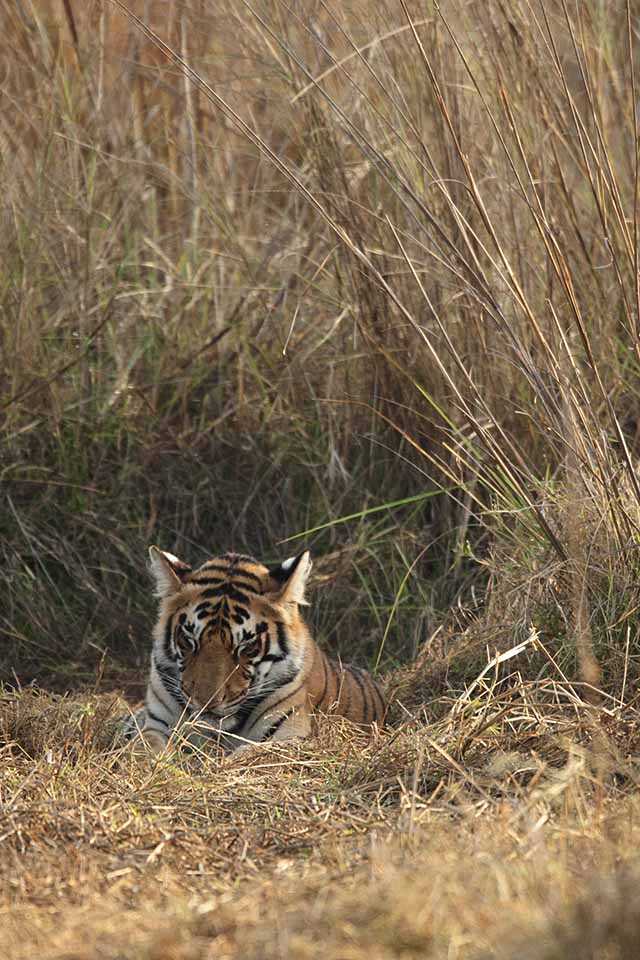 I switched to my D700 with 600mm setup and focussed on one of the cubs that was snoozing. When I saw that the other cub had lifted its head, I quickly switched over to him listlessly looking at the tourist vehicles. 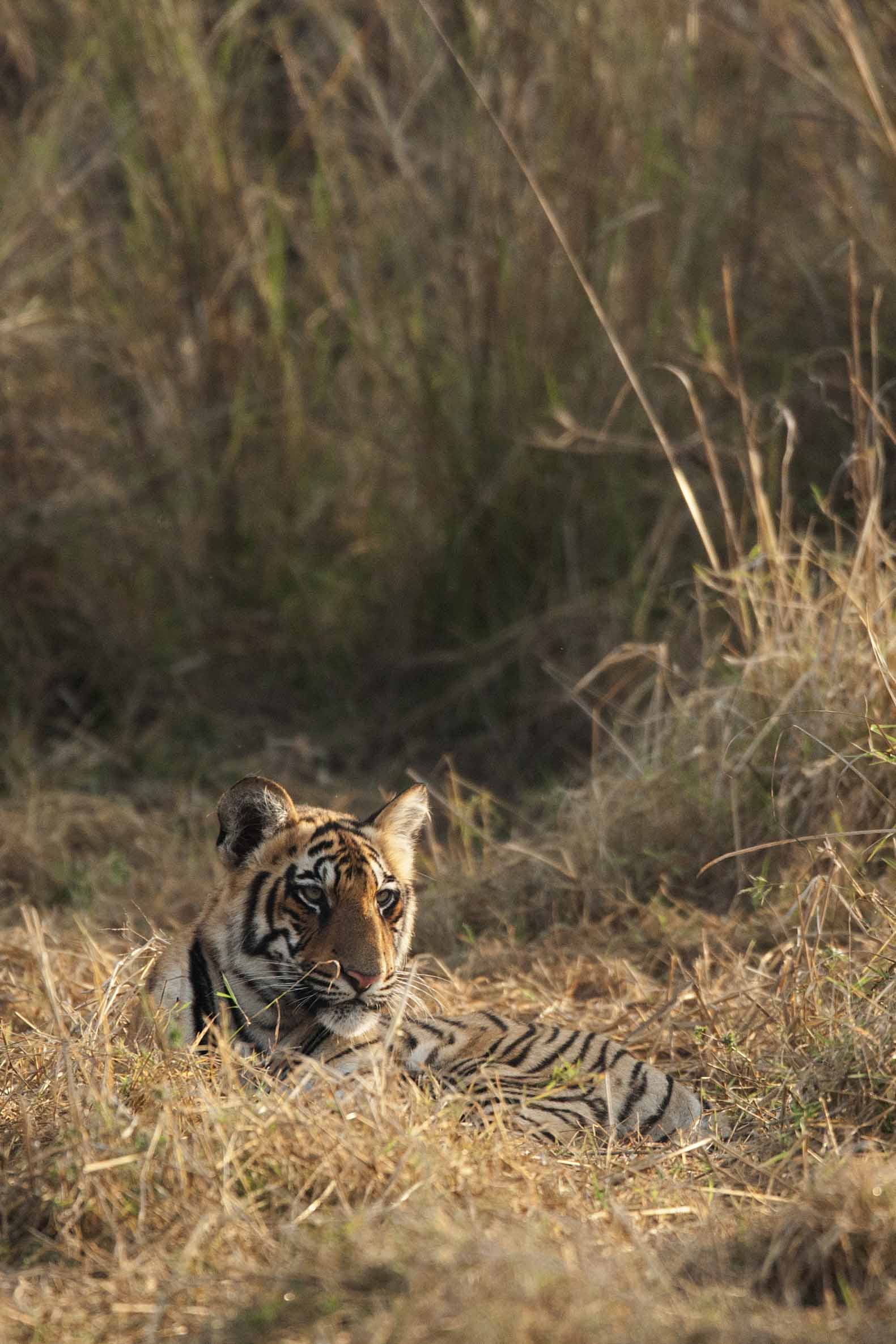 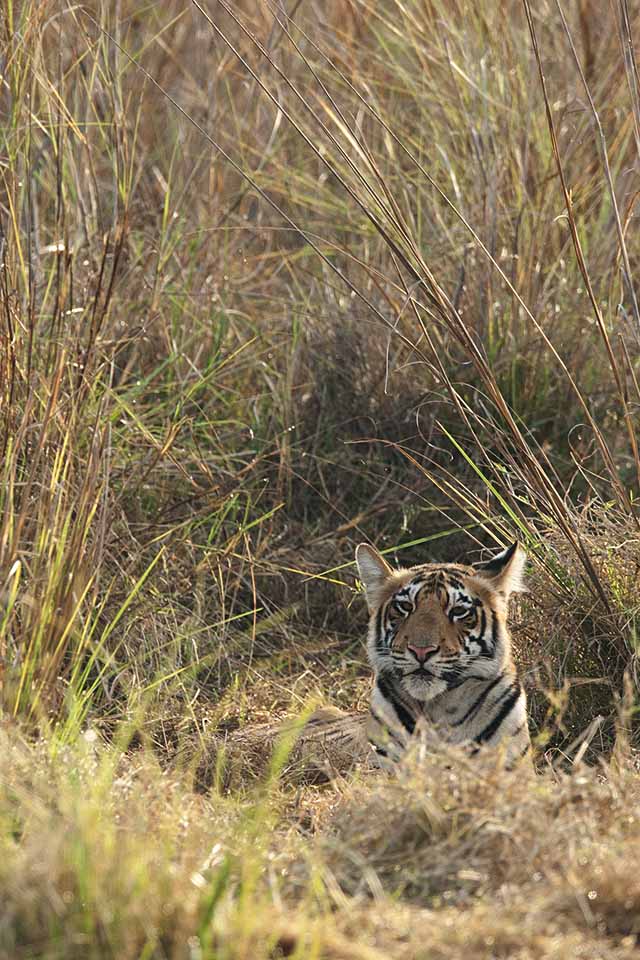 By now the first cub had woken up, and I switched to him, just in time to catch him yawning. You can clearly catch his under-developed teeth in the feature image of the post. The Tiger mom who was almost invisible, as she was hidden behind the tall grass, finally woke up and looked intently at something in the distance. She later turned her attention to the cubs. Once she found all is well she went back to sleeping. 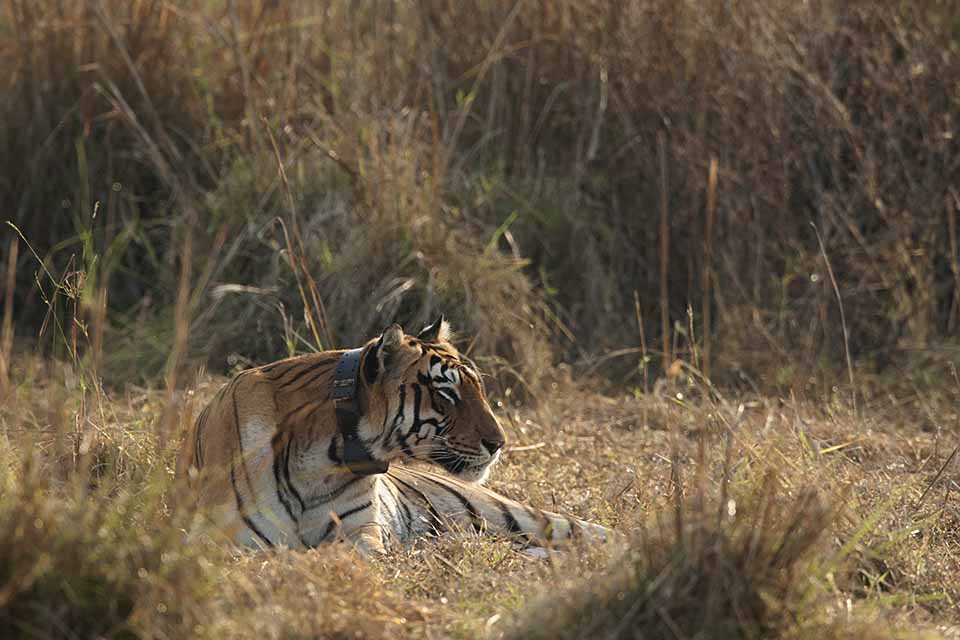 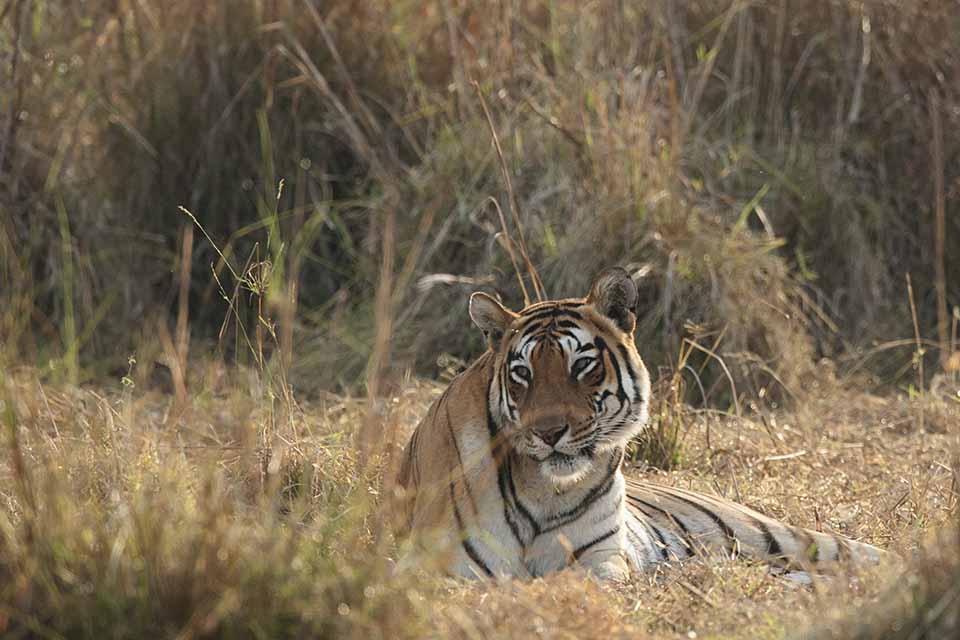 The serene atmosphere was soon to be injected with a super dose of Adrenaline, which we will cover elaborately in the next post. Till then enjoy the sighting of the sun bathing Tigers on a calm morning in Tadoba.