An Asiatic Elephant is one of the most dangerous animals you can encounter in the Indian Wilderness. And a Tusker in Musth is as dangerous as it can get. Experienced safari drivers instinctively keep a safe distance from a Tusker in Musth, even if he appears calm since their testosterone levels are so high that they can charge without any provocation. Now given this context, let’s get to our encounter with a Tusker in Musth in Bandipur National Park. We spotted the Tusker at a distance. Its massive size and the long tusks attracted us to it. Our driver pointed out that there is a waterhole a little ahead and this Asiatic Elephant might probably be heading to it to quench its thirst. 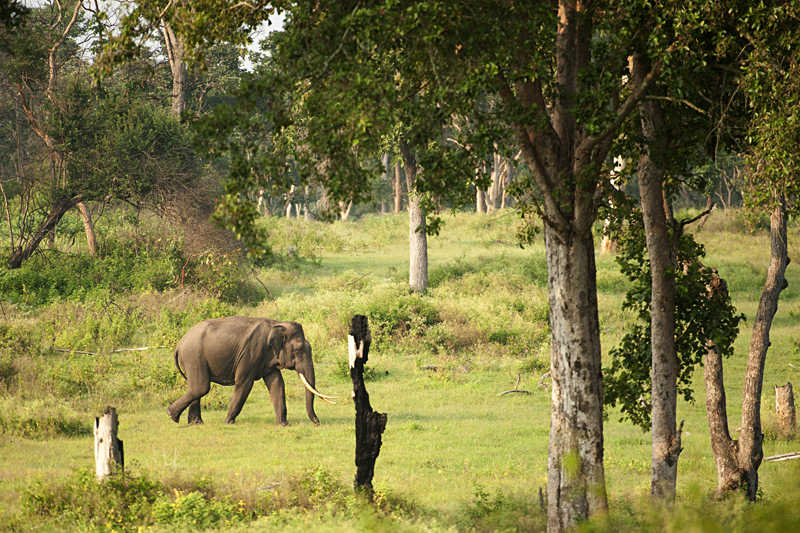 We slowed down and waited, knowing well that the Elephant would cross the safari road to reach the waterhole and we could then get a good look at this majestic animal. When he reached closer to us, we noticed the discharge from its temporal glands. That’s when we realized that this is a Tusker in Musth and we are in for an interesting wildlife experience. When he reached the safari road, he waited to check us out and then he crossed the road to head towards the waterhole. Our driver decided to follow him to the waterhole. As soon as the Tusker spotted us following him, he turned around to charge. We immediately backed off and our driver put some distance between the Tusker and us. But the Tusker persisted in following us and we had to hurriedly get away. Noticing the commotion, a couple of forest department safari buses headed towards us. When the Tusker heard the oncoming buses, he lost interest in us and headed straight for those buses. He quickly reached the road and crossed over to cut off the approaching buses. 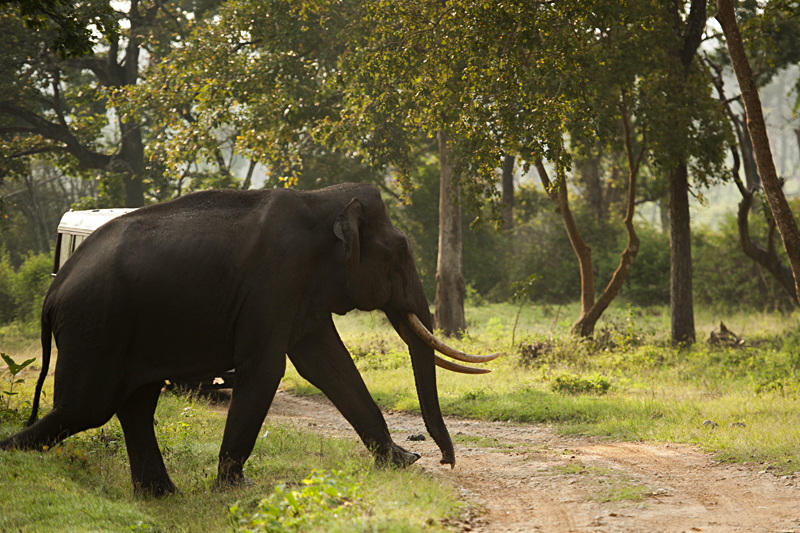 When the bus and the giant confronted each other, one can put in perspective the huge bulk of an Asiatic Male Elephant. Soon the Tusker realized that the bus is not going to go away anytime now. After a couple of mock charges he turned away and grudgingly disappeared into the lantana, presumably in search of an Elephant herd.