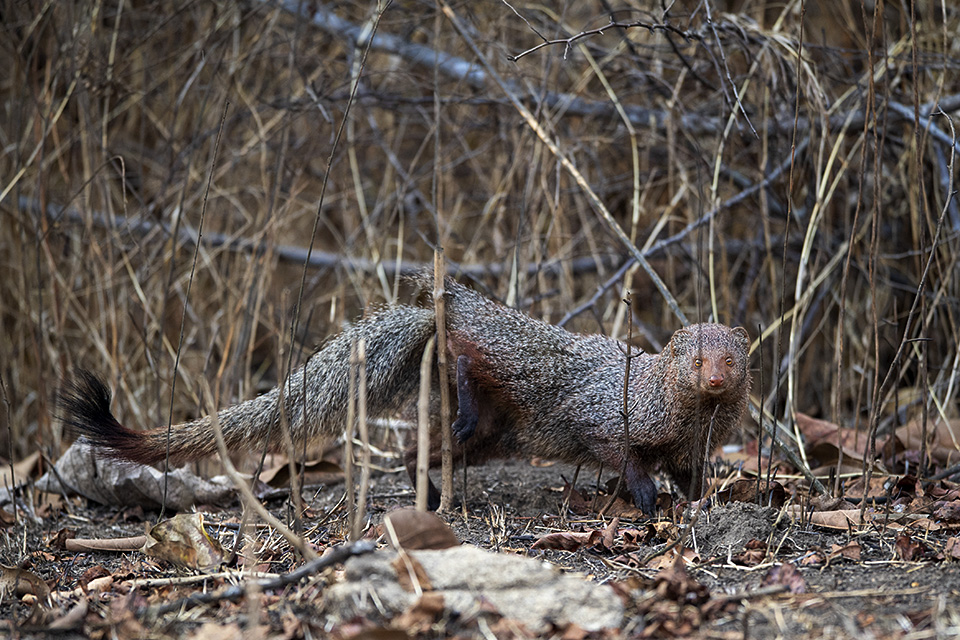 How may of us who have visited Indian Forests have seen a Chital (Spotted Deer) or for that matter a Ruddy Mongoose. The resounding answer would be all of us. However if we check the same audience, as to whether they have seen a sub-adult Chital suckling its mother or for that matter a Ruddy Mongoose scent marking its territory, there would not be many who say yes. This post is on such uncommon behaviour of these two rather common subjects of the Indian Wilderness.

I got this final picture of the Mother Chital shrugging off her sub-adult infant, as if to say, that’s enough. When we spotted this Ruddy Mongoose foraging in Bandipur National Park, I kept my camera on the Mongoose, just in case it did something uncommon. At first it cracked a yawn, that I gleefully accepted.

What the Mongoose did next was something we have never witnessed in so may years of wildlife photography. That moment when the Ruddy Mongoose lifted its leg to scent mark its territory was priceless and hence made the feature shot of this post – the first picture. Thereafter I caught it with its tail in a peculiar twist, before the Mongoose disappeared into the Lantana.