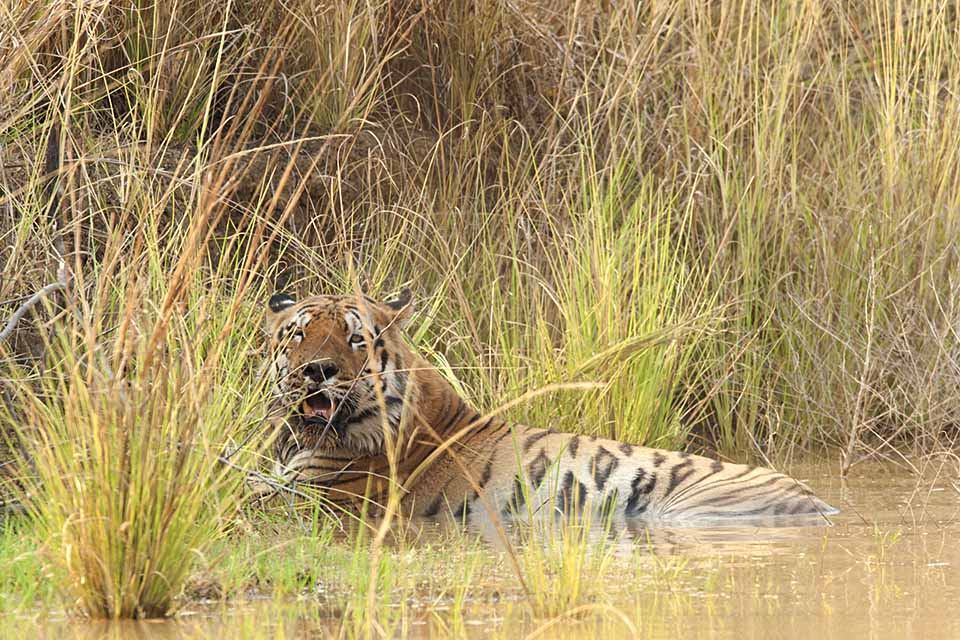 We once again drove into the Junone buffer zone of Tadoba National Park in search of the largest Tiger in India. We reached the watering hole that he had been frequenting the last couple of days and found a vantage point and parked our jeep. We waited for over 30 minutes in the 47 degrees (centigrade) hot and humid conditions. When we were reaching the breaking point of tolerance to the heat, the Wagdoh male made his appearance. We spotted him as he came over the bank. 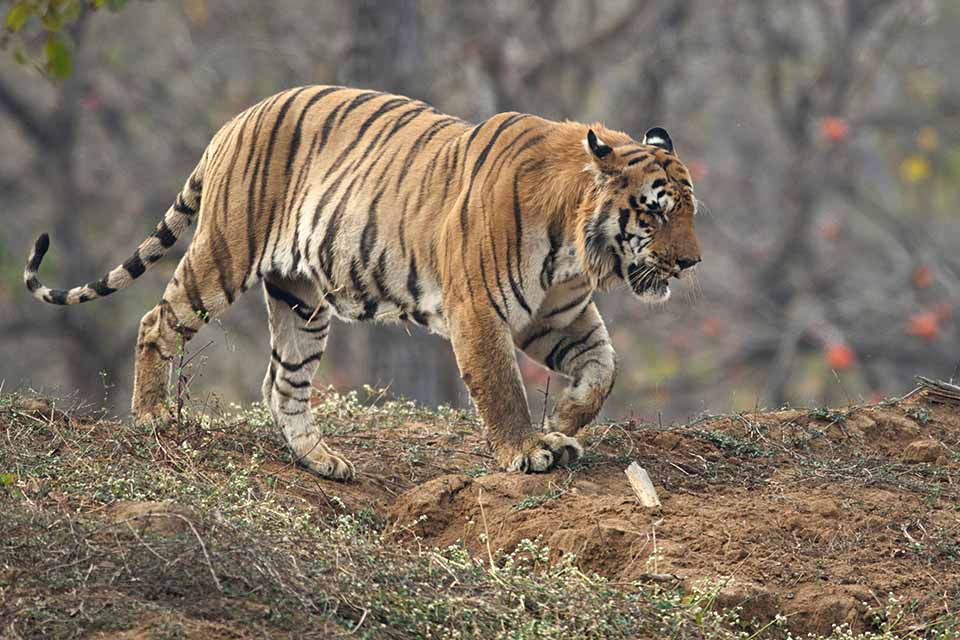 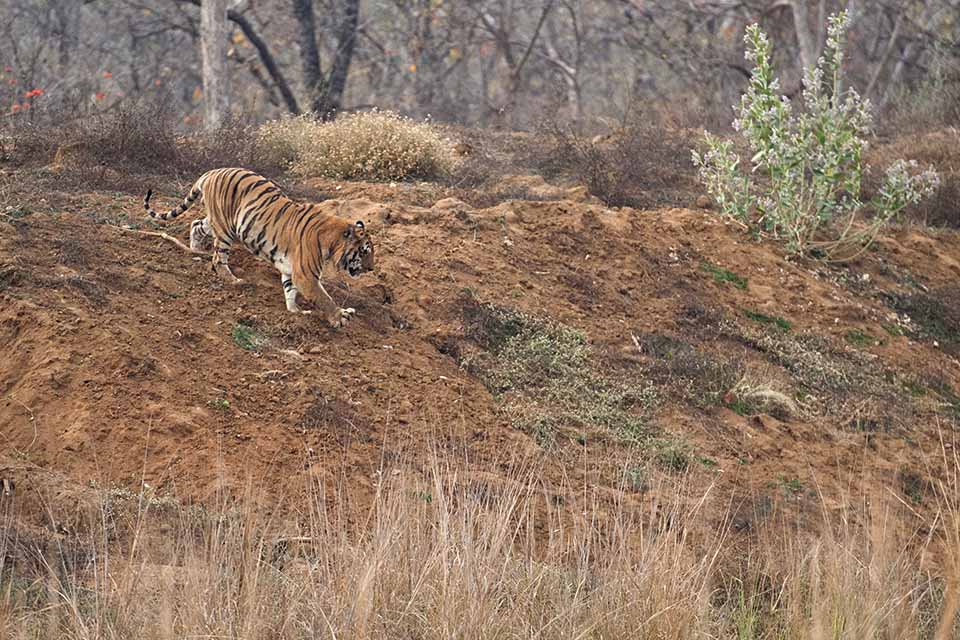 He made no fuss about his intentions to get to the waterhole quickly. Matt took this picture of him slowly walking down the bank towards the water. Once he reached the water’s edge, he found a comfortable spot amongst the tall grass and settled down in the water. While he kept shifting his position over the next 30 minutes, he was facing the direction away from the prying eyes of his audience. 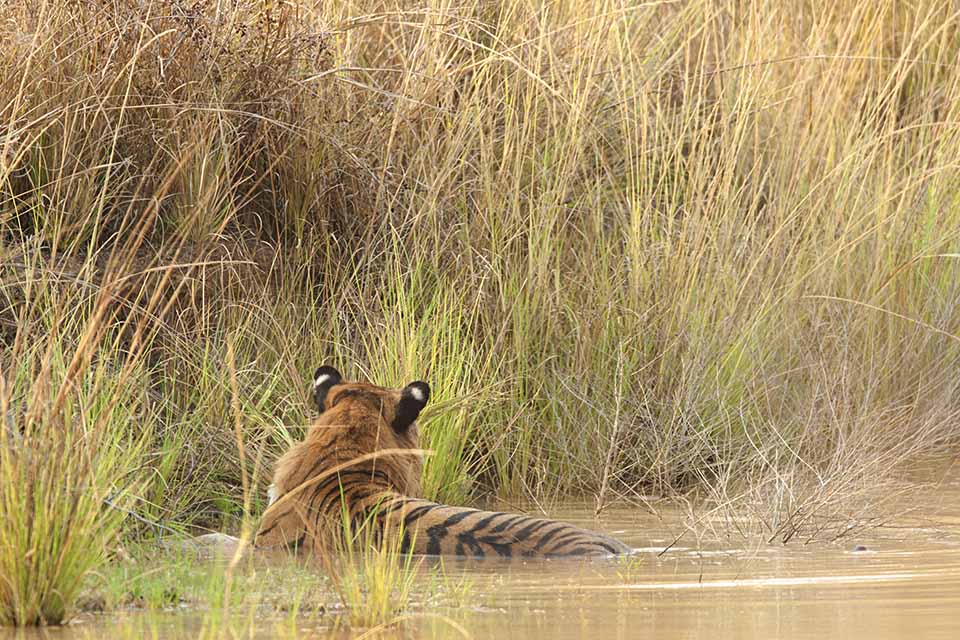 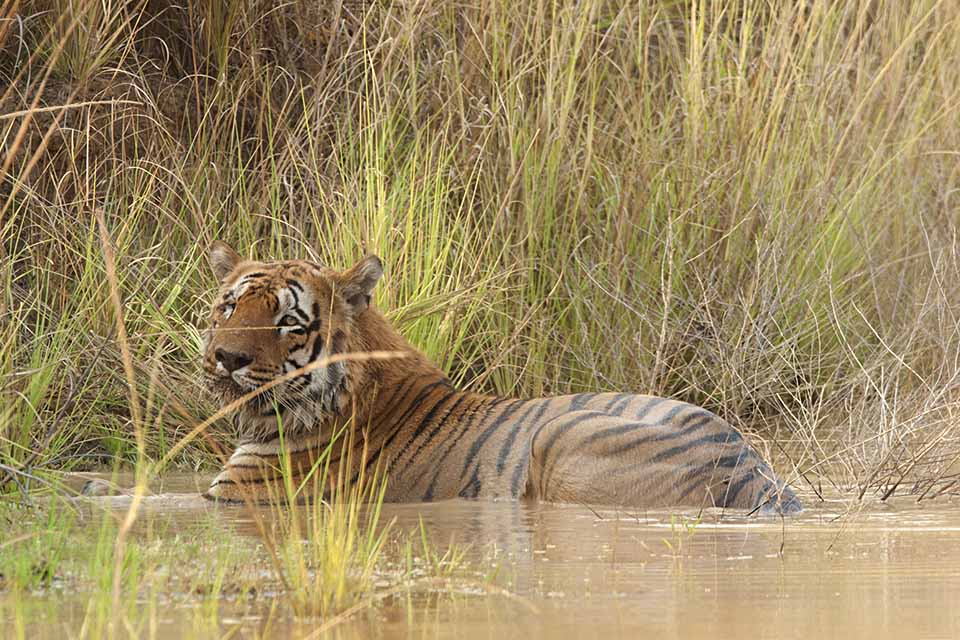 At one point it looked liked he might get up and walk away without giving us a second look. That’s when he shifted his position once again. But this time, he turned around to face us. We captured the brief moment in this picture above and another one that made the feature image (first image) of this post. Our guide told us that he was over 15 years old, well past his prime. That’s when we noticed that he was also blind in his right eye. Given the fact that this might be one of last times we might see this majestic beast, we took some pictures as he spent time meticulously preening himself. 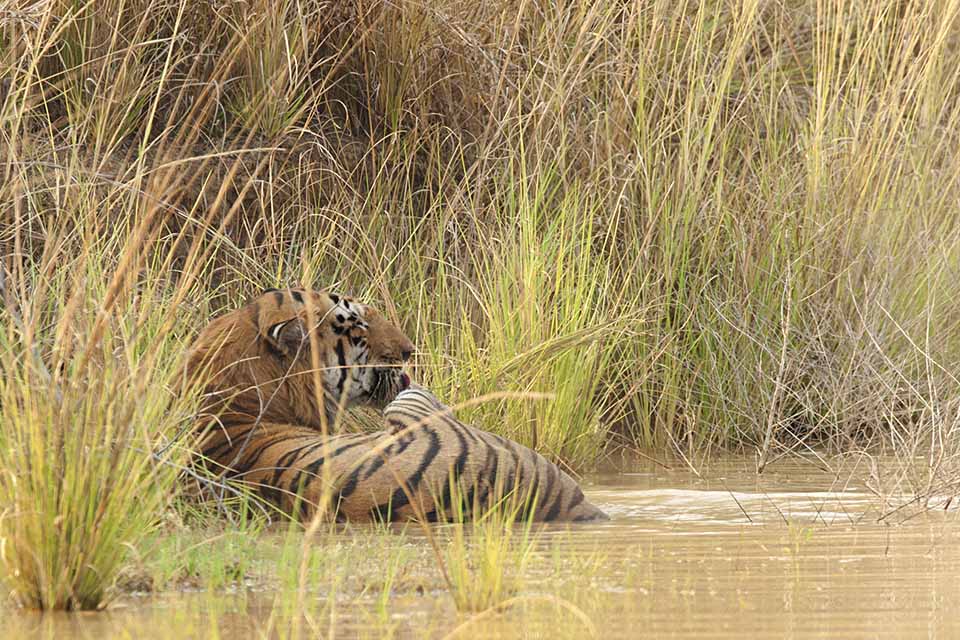 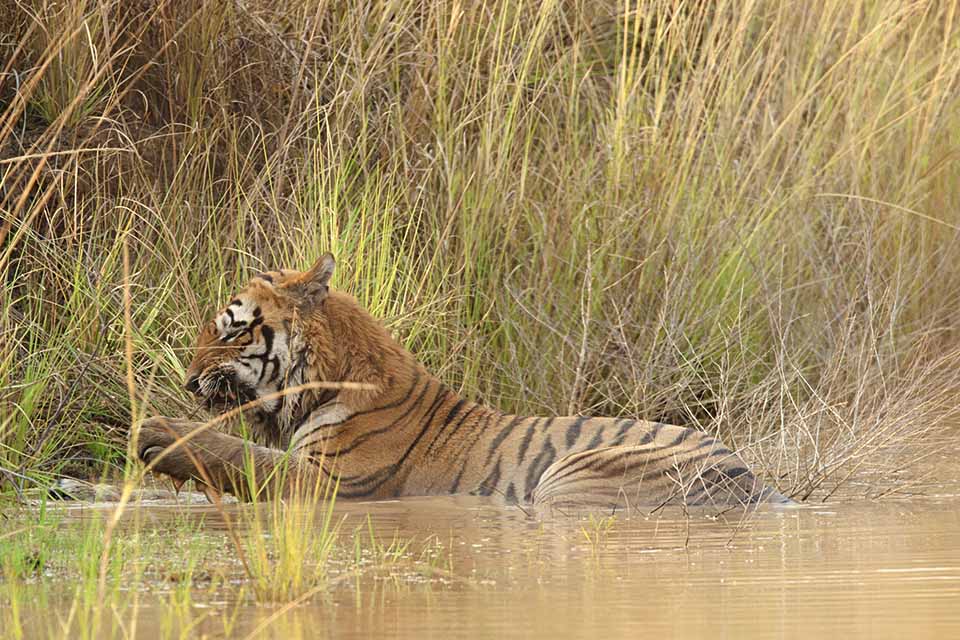 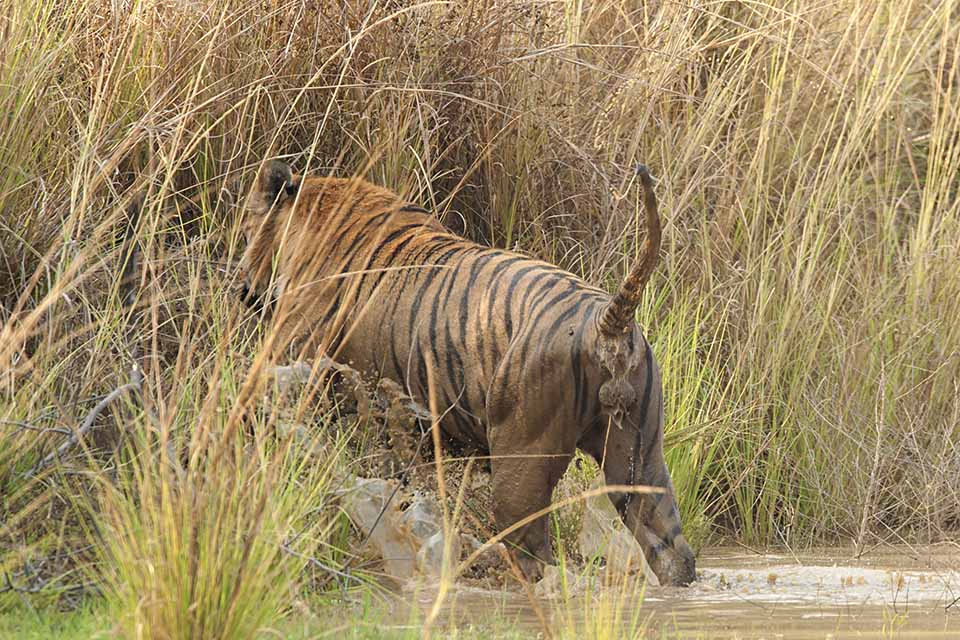 Then after about an hour of cooling himself in the water, he got up and left as quietly as he came by. All the jeeps rushed onto the bank to get another glimpse of probably the largest male Tiger in India.