The Mara Serena in Masai Mara, Kenya is located ideally on top of a hill giving spectacular views of the Masai Mara savannah. One afternoon we were just sitting there, sipping a beer when we noticed a trail of speck appear in the distant horizon. Over the next one hour these dots turned into a herd of Wildebeest as they inched closer to the Mara river.  They soon turned left that took them to one of the major crossing points on the river. By the time we finished lunch, we saw that the herd had swelled into a few hundreds of Wildebeest and Zebra all walking in a single file inching slowly towards the major crossing point. We were hoping that they would wait till about 4pm so that we could witness yet another river crossing during our evening safari.

We got ready and headed off on our safari at the stroke of four hoping to catch the Wildebeest crossing. As we came down the hill from Mara Serena, we noticed some Wildebeest running towards us from the forest area. When we reached this point, which was inside the forest, we noticed that the last bunch of Wildebeest were crossing the river and the Zebras were testing the waters. Given the fact that this was not a major crossing point there were no tourist jeeps and we were the first ones there though the crossing was well underway.

We positioned our jeep at a vantage point and started photographing the last of the Wildebeests crossing the river. Moments later the Zebras started crossing the Mara. Having a camera setup for telephoto, another one for standard zoom and a third one for wide angle helped us capture the action from all three perspectives.Watching these animals play out the life and death spectacle; capturing the Wildebeest in mid air as it jumped into the river and photographing a mother zebra support and guide her calf through the crossing were some of the highlights of this sighting.

Something spooked the last of the Wildebeests and Zebras because they stopped in their tracks, turned around and rushed off in the direction of the next major crossing point, which was just a five minute drive away. 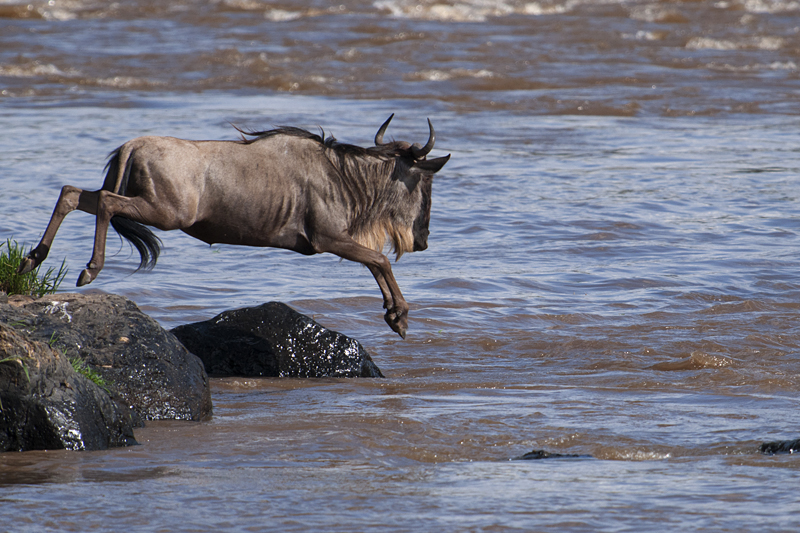 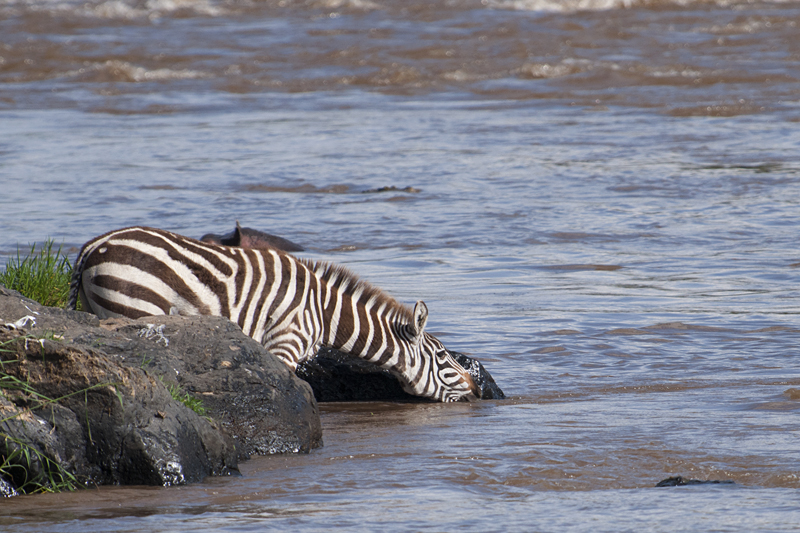 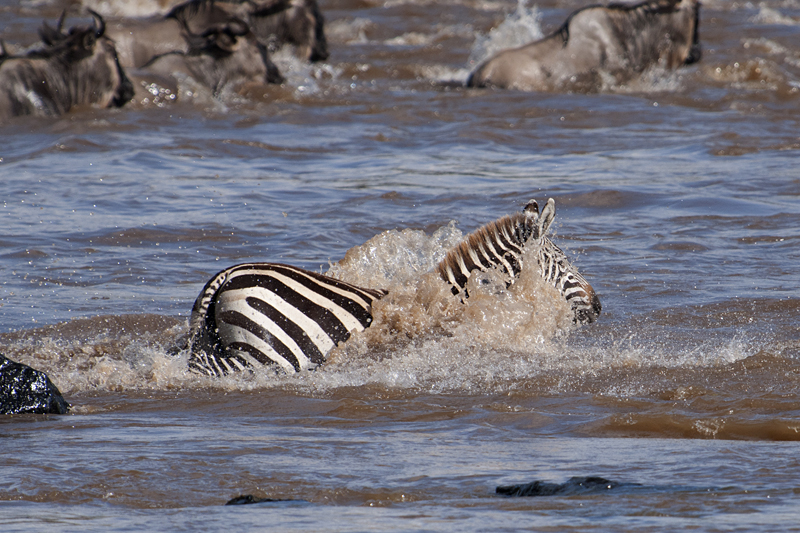 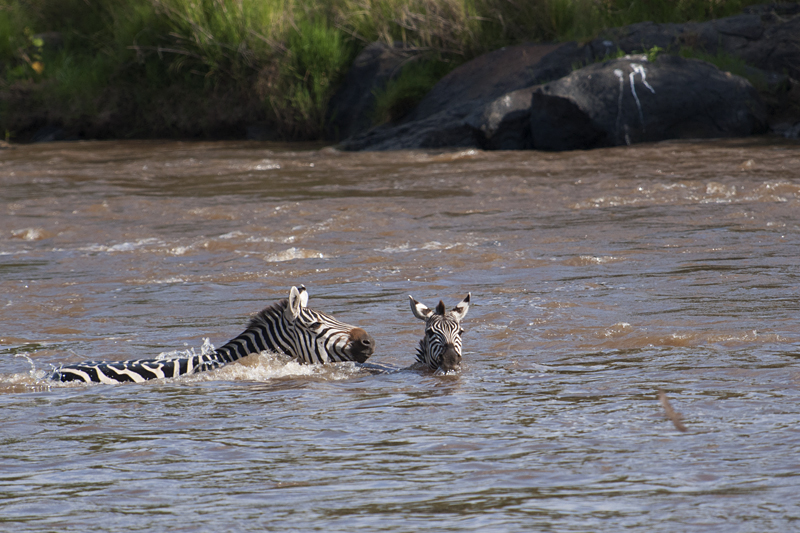 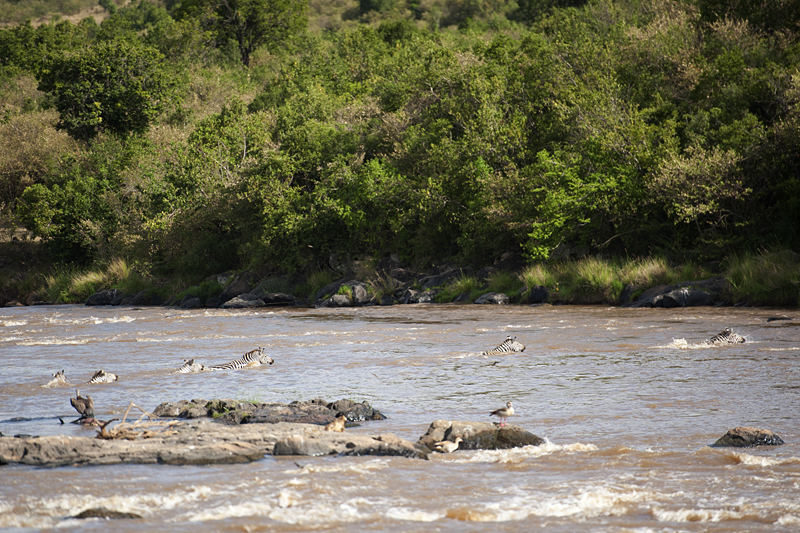