Yet another amazing safari in Kabini 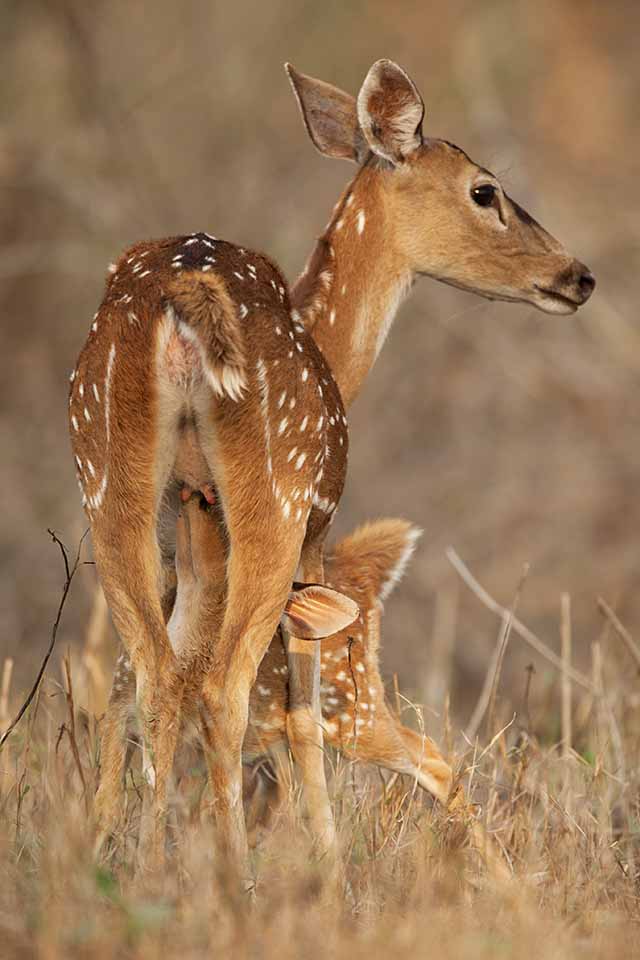 With over five national parks within a 4-5 hours driving distance from Bangalore gives us many opportunities for wildlife photography. One of the most popular national parks in India is the Nagarhole National Park, commonly known as Kabini, which is about four hours from Bangalore. It is our most preferred destination when we have a long weekend. On one of our trips there, during our very first safari, we spotted a Malabar Giant Squirrel relaxing nonchalantly on a branch. 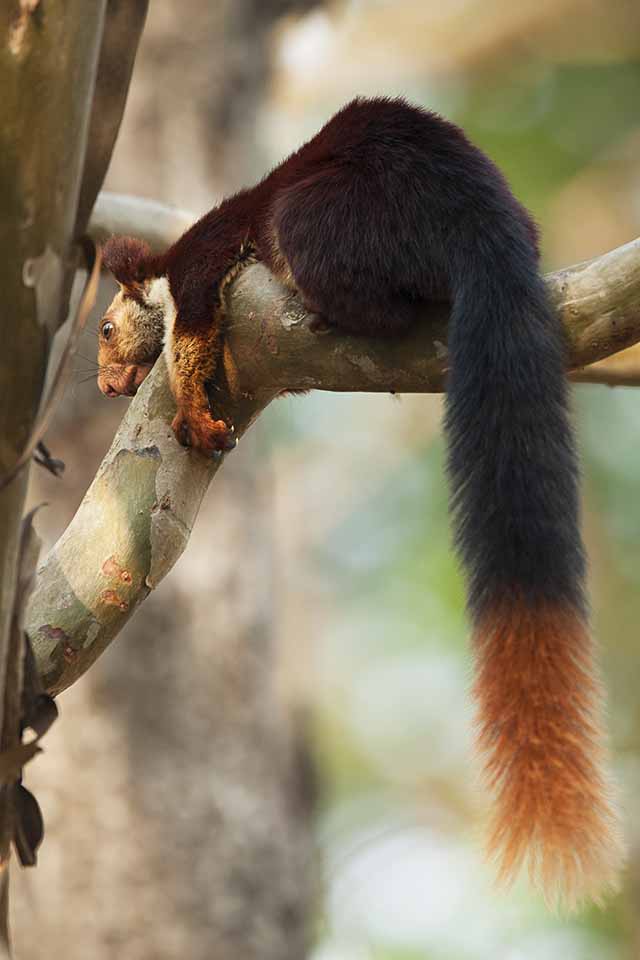 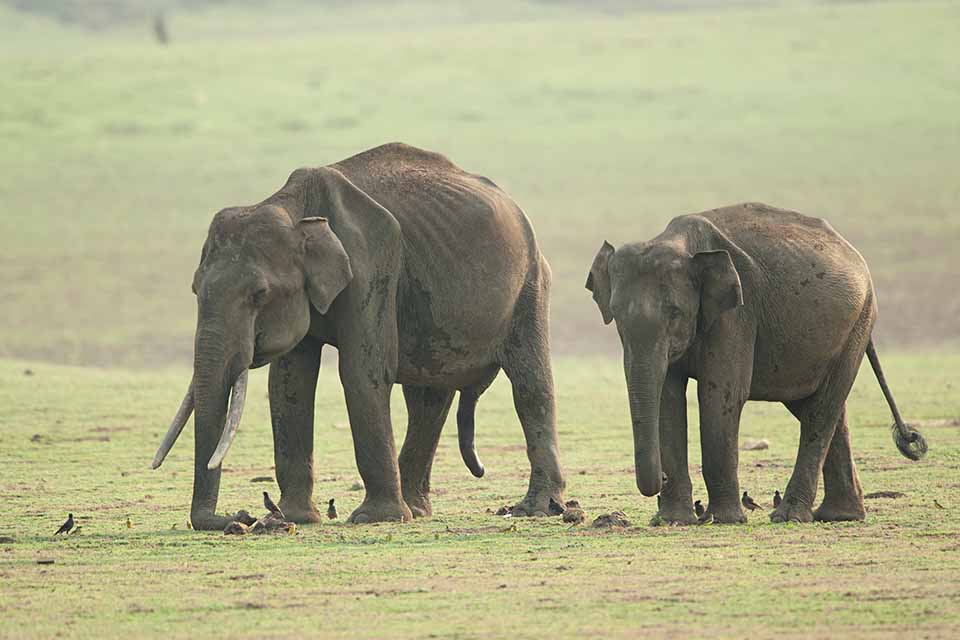 The congregating herd of Elephants at the Kabini backwaters have been diminishing year on year. And this year was no exception either. We only spotted a couple of sub adult Elephants during the safari. As we continued our drive, we saw a herd of Spotted Deer, commonly known as Chital, and we stopped to hear if there were any alarm calls. While we waited, a Fawn went close to its mother and started suckling her, making for a lovely composition that we made the feature image of this post. Not far away, another Malabar Giant Squirrel took a keen interest in us and we photographed it as it looked curiously at us. 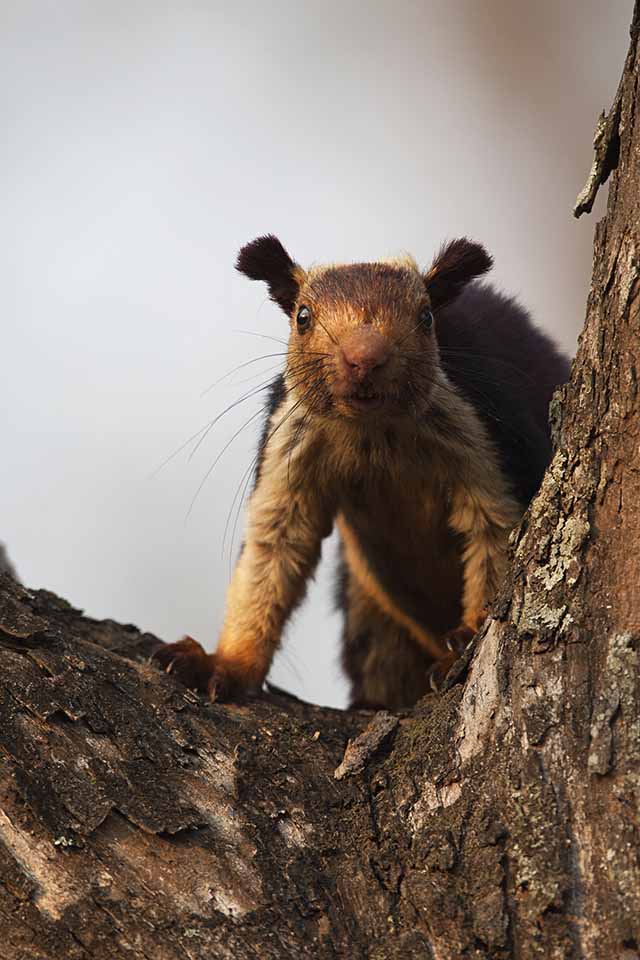 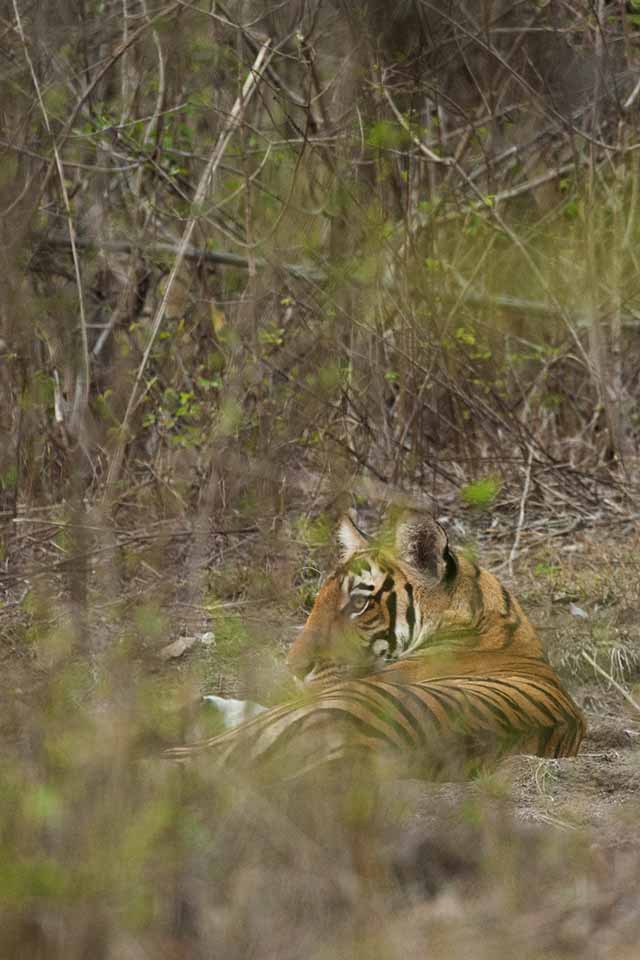 We soon headed back to the main road that leads back to the forest exit. However, we took a detour onto the MM road stretch that is now banned for all traffic. We were told that a Tigress along with her two cubs had made this her territory. This stretch of the road is also otherwise known for some spectacular Tiger sightings. Soon we saw a few tourist vehicles huddled together, a clear give-away of a Tiger sighting. We rushed to the parked vehicles and were pointed in the direction of this sub-adult Male Tiger (one of the cubs) that was resting in the undergrowth, not far from the road. The vehicles were jostling for position to get a glimpse of the resting Tiger and I took this other picture as we moved away. 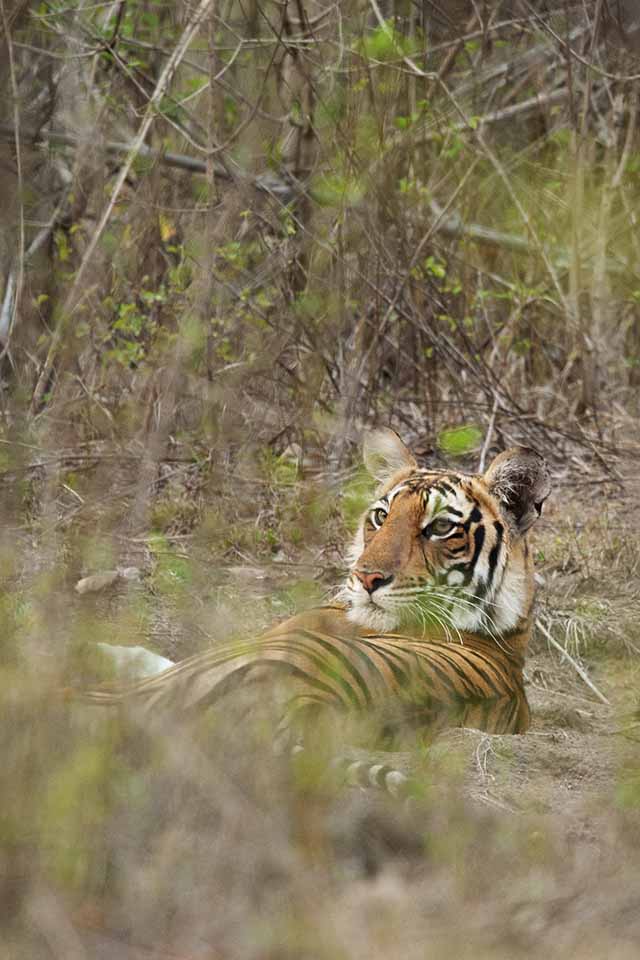